With Gundam Build Divers Re:RISE set to premiere tonight, Bandai Spirits Hobby has opened solicitations for another Premmium Bandai exclusive kit. And to be honest, I found this one more interesting that most of the upcoming HGBD:R kits announced. 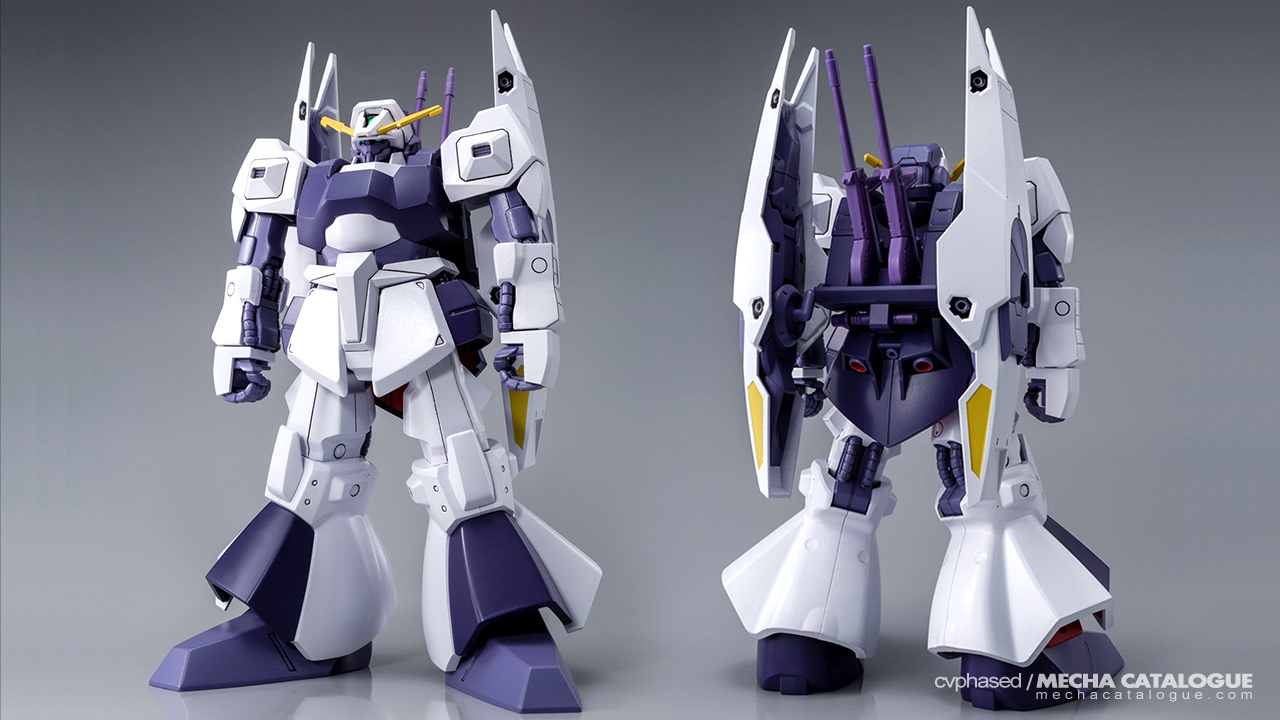 This is the HGBD Build Γ (Gamma) Gundam from the side story Gundam Build Divers Break. To those unfamiliar, Gamma Gundam is the codename used for the Rick Dias as to test the new Gundarium γ alloy. This means that the kit is most likely based on the old HGUC Rick Dias released back in 2000 and we are not getting a new version anytime soon. 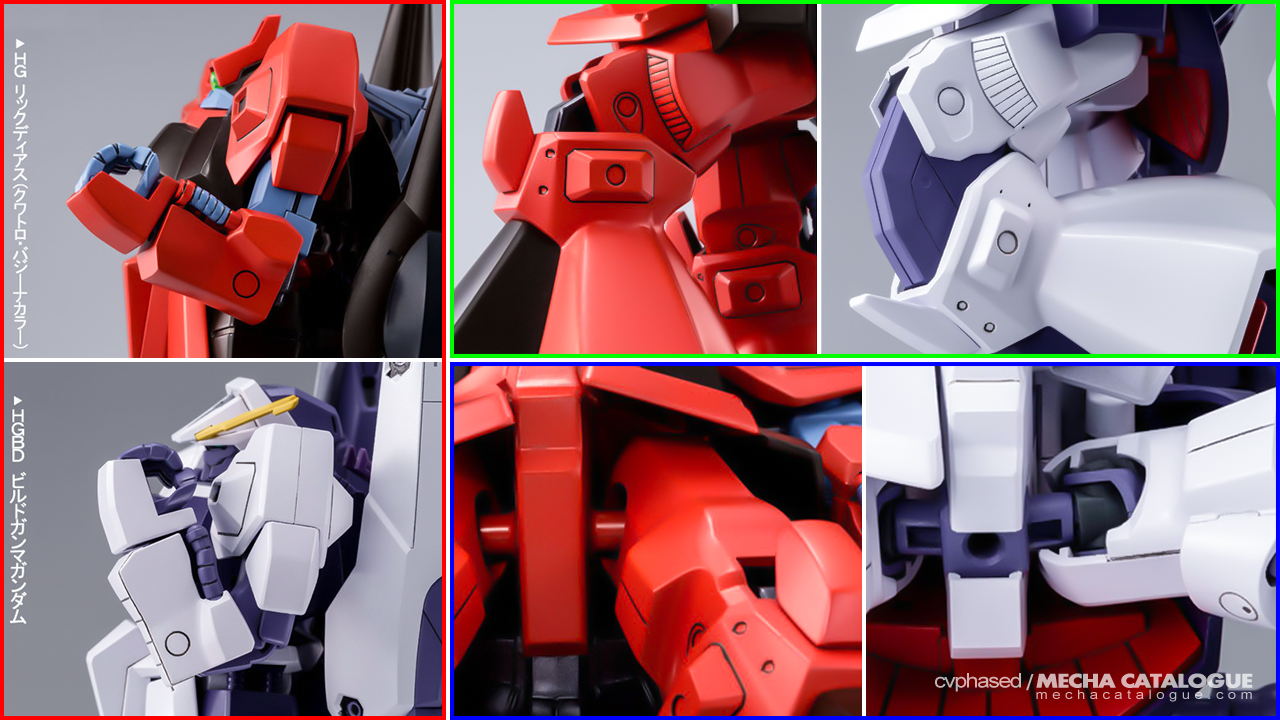 But don’t put out those HGUC Tristan protest placards just yet as Bandai Spirits has apparently learned their lesson from that debacle. In fact, they have explicitly placed in the solicitation the changes and updates they made to the tooling to make this release closer to modern High Grade standards.

We really can’t say of the color accuracy or visibility of seam lines, but they do point out updates to the joints that would greatly increase the range of articulation. Highlighted in red are the new elbow joints which provide an almost 180-degree bend compared to the 90-degrees of the original. The same can be said of the knee joints, highlighted in blue as they are now able to do more than 90-degrees but not full 180. But then again the Build Γ Gundam has really bulky leg designs. Last, and highlighted in blue, are the hips which now have the more standard universal joints from the old ball-and-socket ones. Looking closer, you could also see slight remolds of existing parts. 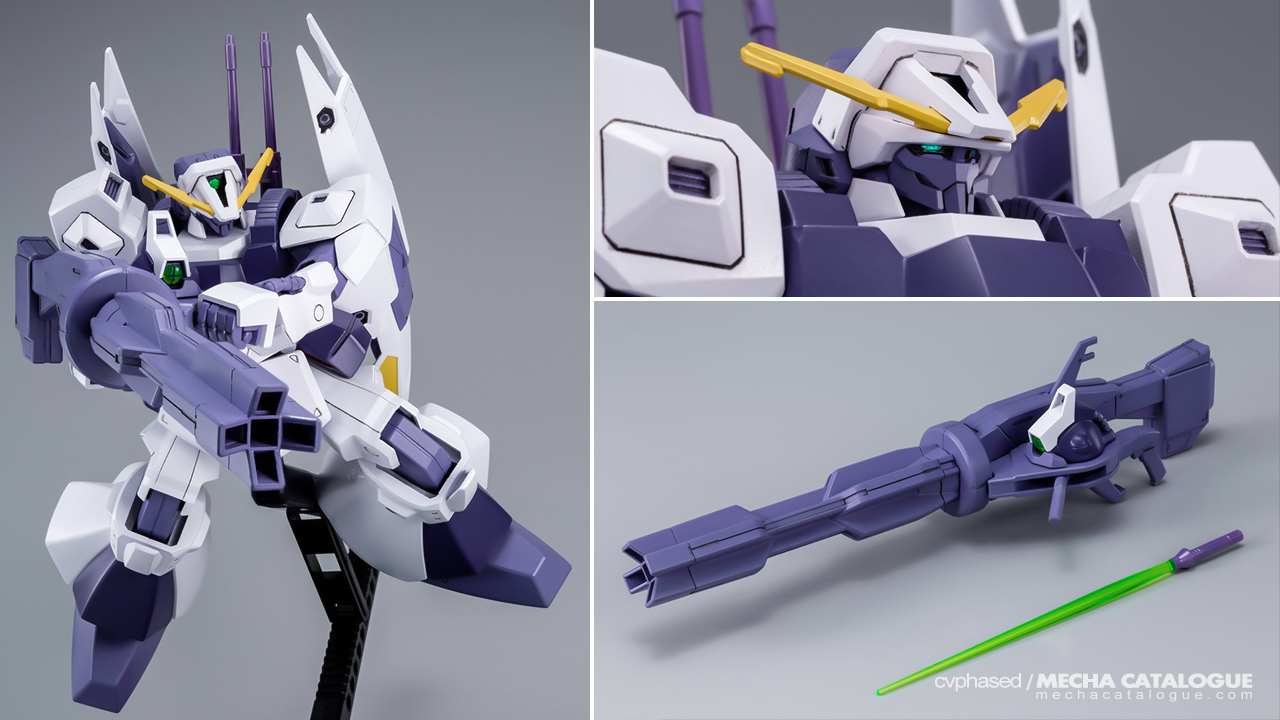 The Build Γ Gundam comes with several weapons, including a beam saber, beam pistol, two back shield binders, and the Beam Gatling Buzz — a large beam cannon that has a Rick Dias head as a targeting scope. I also like how the new head unit looks. It’s quite unique for a Gundam, which also has a monoeye as the front camera.