Bandai Spirits isn’t done with Advance of Zeta and its crazy mobile suit designs as they have teased the next HGUC kits to follow the initial wave months back. Though do take note that these are all Premium Bandai exclusives. 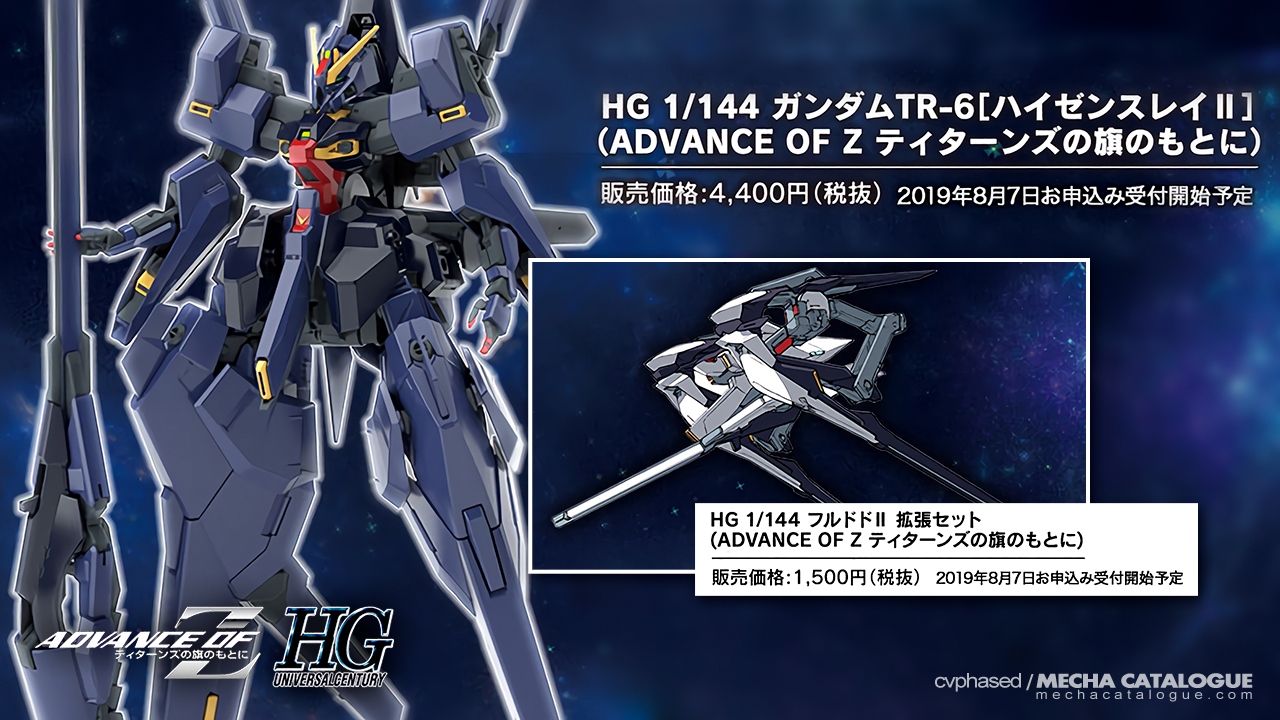 I can’t really remember if it was Shizuoka Hobby Show last May or some Next Phase Gunpla display, but they have previously shown gray prototypes of the HGUC Gundam TR-6 [Haze’n-thley II] and HGUC G-Parts [Hrududu II]. To those unfamiliar (and don’t ask me how they got those names), the Haze’n-thley II is the high-speed combat version of the Woundwort and is meant to rival the likes of the Zeta Gundam. As for the Hrududu II, I assume it is an upgrade of the original Hrududu.

Both kits will be available for pre-order via Premium Bandai starting August 8 with the prices shown above. Given that Haze’n-thley II has a mobile armor mode, I am inclined to get two copies of the kit, but I’ll make my reservations once more details on the kit are revealed. I’m also hoping they’ll release the more traditional Gundam tri-color variant as well.