Despite hitting the reset button on the blog, we shall continue the already-established German nomenclature for these posts. 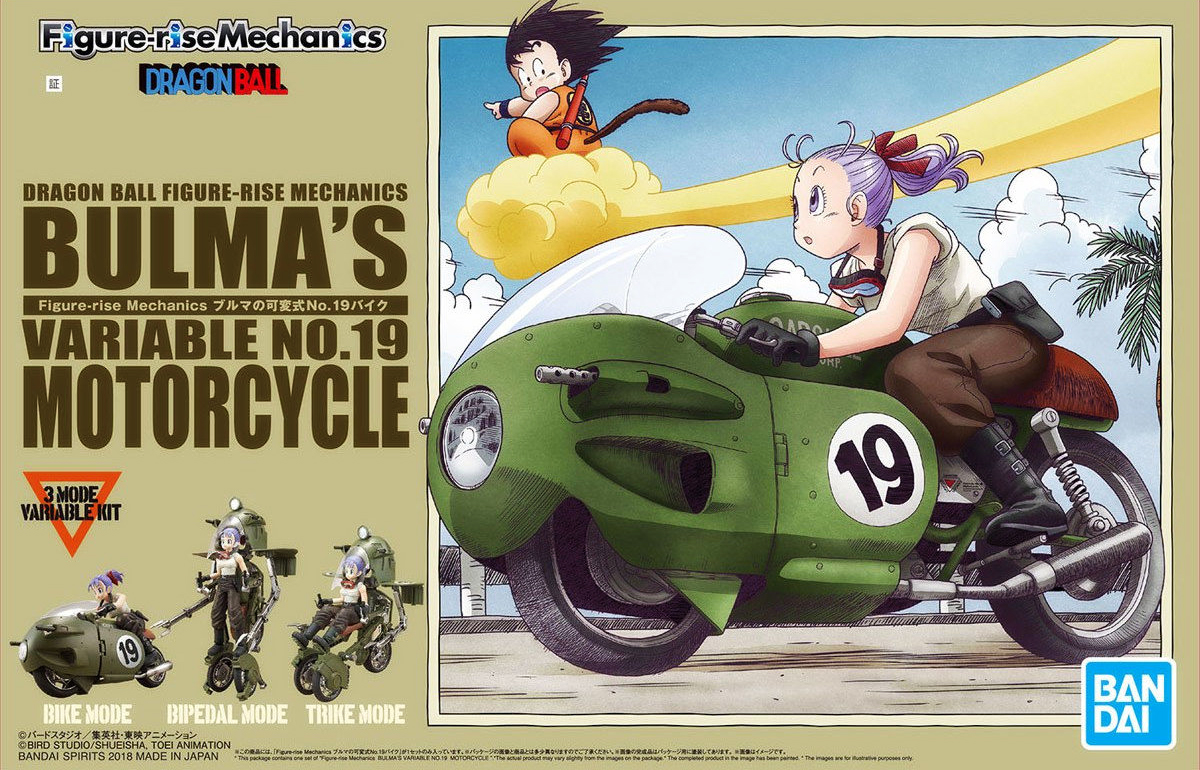 We start of with one of the more interesting entries in the Figure-rise Mechanics line — Bulma’s Variable No. 19 Motorcycle. Not really that familiar with Dragonball lore to confirm if this machine was in the manga but nevertheless, this is a great design. As for the kit itself, Bandai Spirits stepped up on this one and included chrome plated parts plus rubber tires like those seen with motorcycle model kits. More details are seen in their development blog, showing some real working suspensions and water slide decals for those who’ll paint their kits. 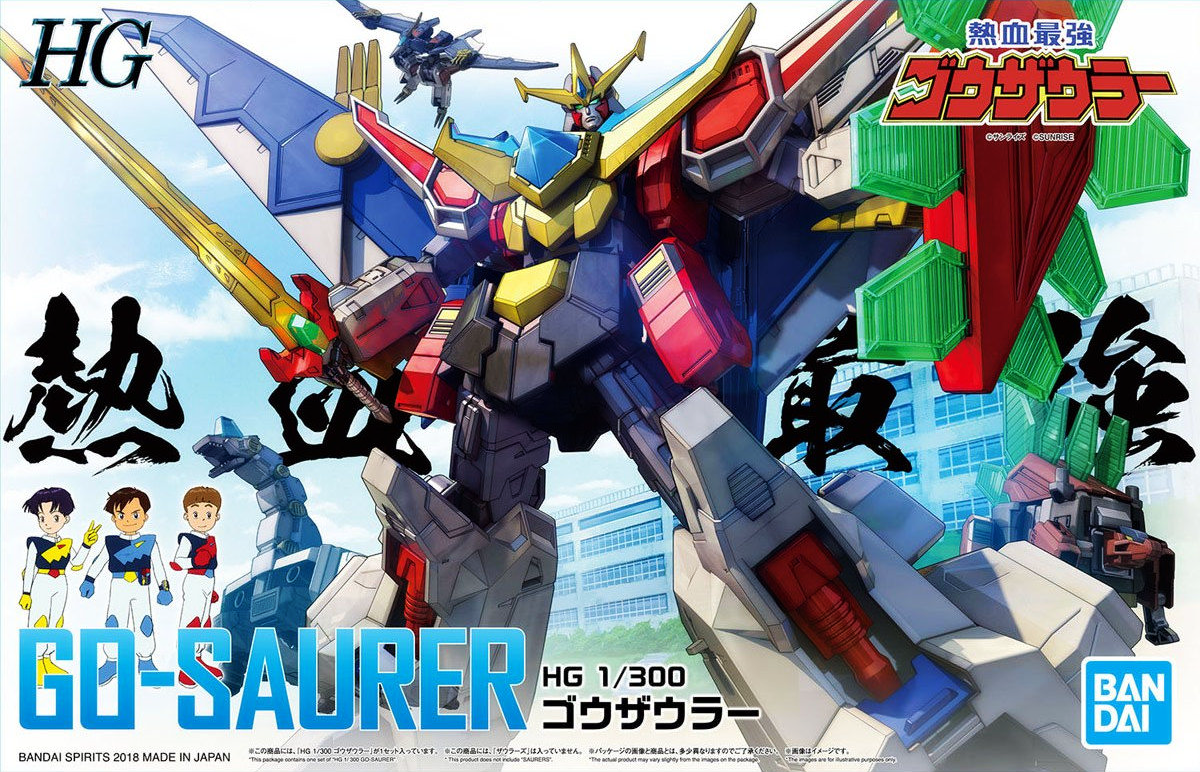 The High Grade releases of both Mazinger Z and Great Mazinger from Mazinger Z ／ Infinity were successes and gave Bandai Spirits the momentum to do more super robot kits. And so, they are releasing the HG 1/300 Go-Saurer from the series of the same name. Now most suepr robot designs feature either or both transformation and combination gimmicks, which aren’t really strengths of High Grade kits, for Gundams at least. Will have to wait for reviews first before getting this one, though the expectations usually have room for moderate levels of parts replacement.

One little tidbit for the box art itself, I think it would’ve been better if they stuck to the common look of High Grade boxes like those seen from the Pacific Rim ／ Uprising kits. 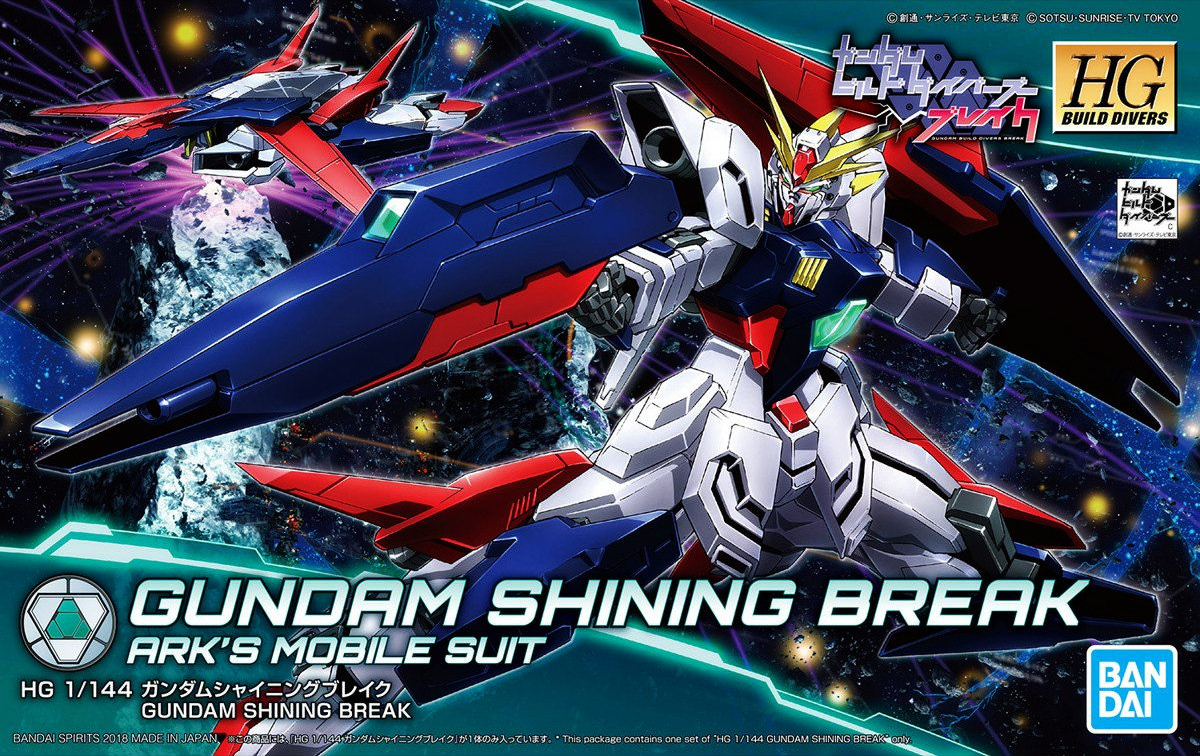 Going baok to Gunpla, and to probably one of the more interesting designs to come out of the whole Gundam Build Divers ecosystem, and its not even from the main series. This is the HGBD 1/144 Gundam Shining Break from the Gundam Build Divers Break side story and is based off the Shining Gundam. I don’t have any idea of the fiction, though outside the above-average design, it’s essentially a vanilla transforming Gundam. And that includes lying on its front for the transformation. 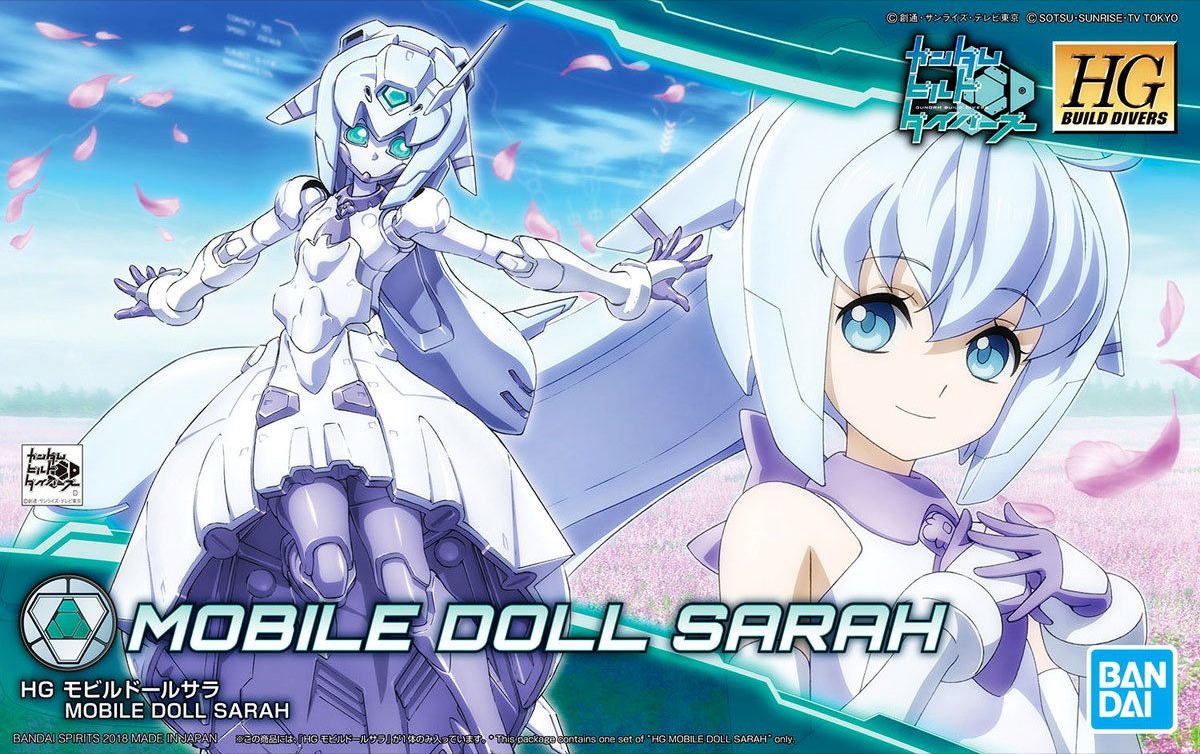 This kit was announced after the Figure-rise Standard BUILD DIVERS Diver Nami kit was released, and is considered as the first mecha musume kit that Bandai Spirits got right. So when they announced that Mobile Doll Sarah is part of the High Grade Build Divers line, there was an air of hesitation. Would it share all the faults from kits like Super Fumina or would it continue the lessons applied to Diver Nami?

And if I ever convince myself to get this kit, I would likely keep it/her in mobile suit mode (?) — which looks quite similar to Drossel von Flugel. 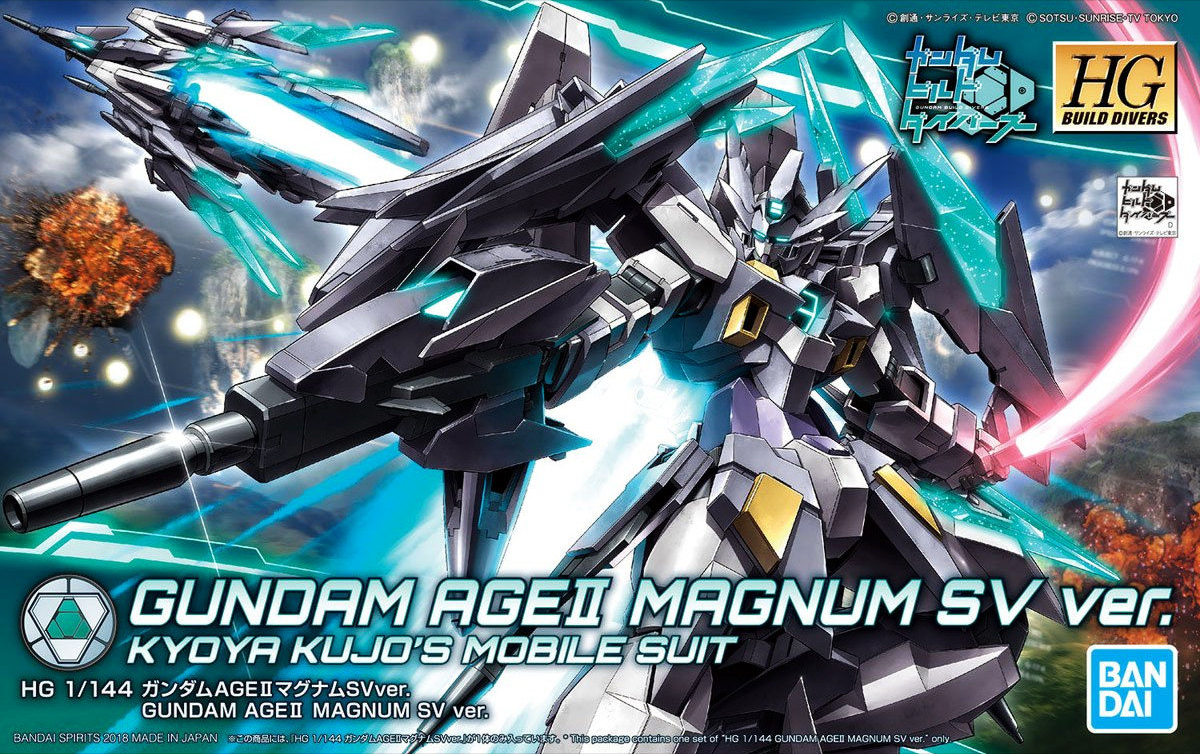 This is the obvious homage to the all white SP (super pilot?) color scheme of the Gundam AGE-2, with SV standing for “saver” as this was used to save GBN from the apparent threat that is Sarah (yes I was aware with what’s happening on Gundam Build Divers). It’s essentially the same kit with a few retools here and there.