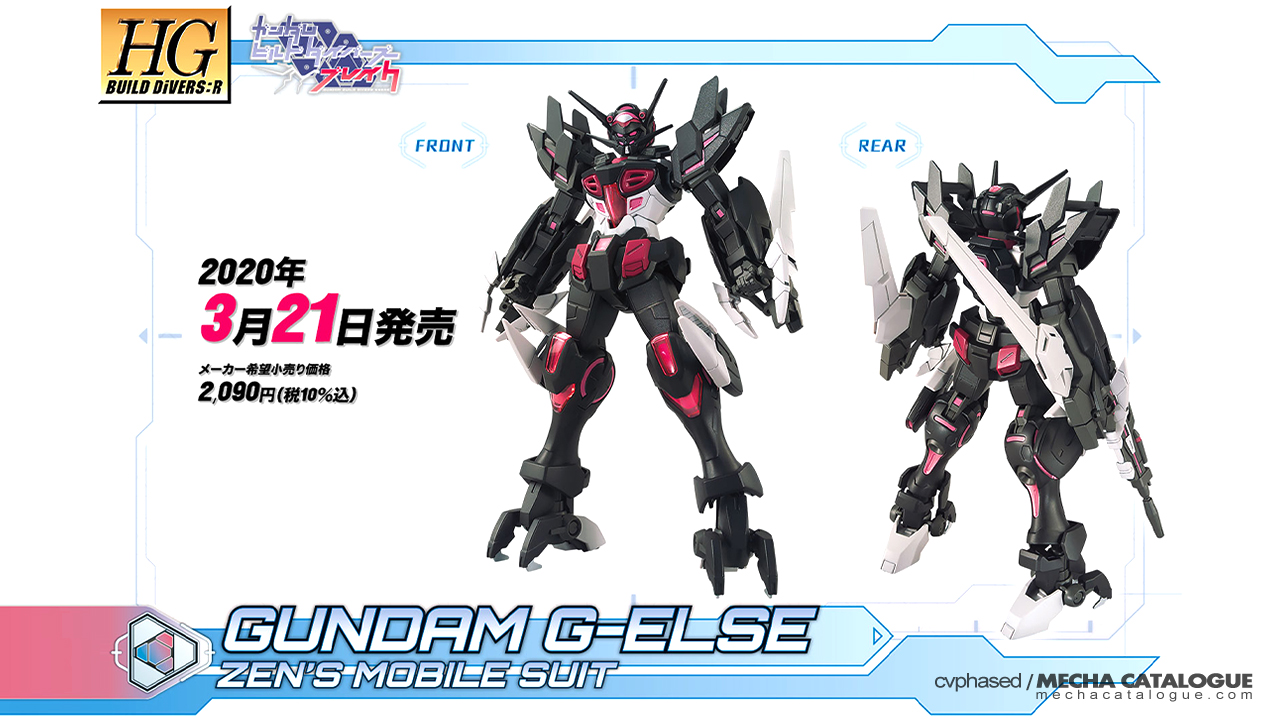 Initial details for the HGBD:R Gundam G-Else kit has been up on the Bandai Hobby site for quite some time though it took them until now to dish out the features and gimmicks of this kit. Let’s take a look. 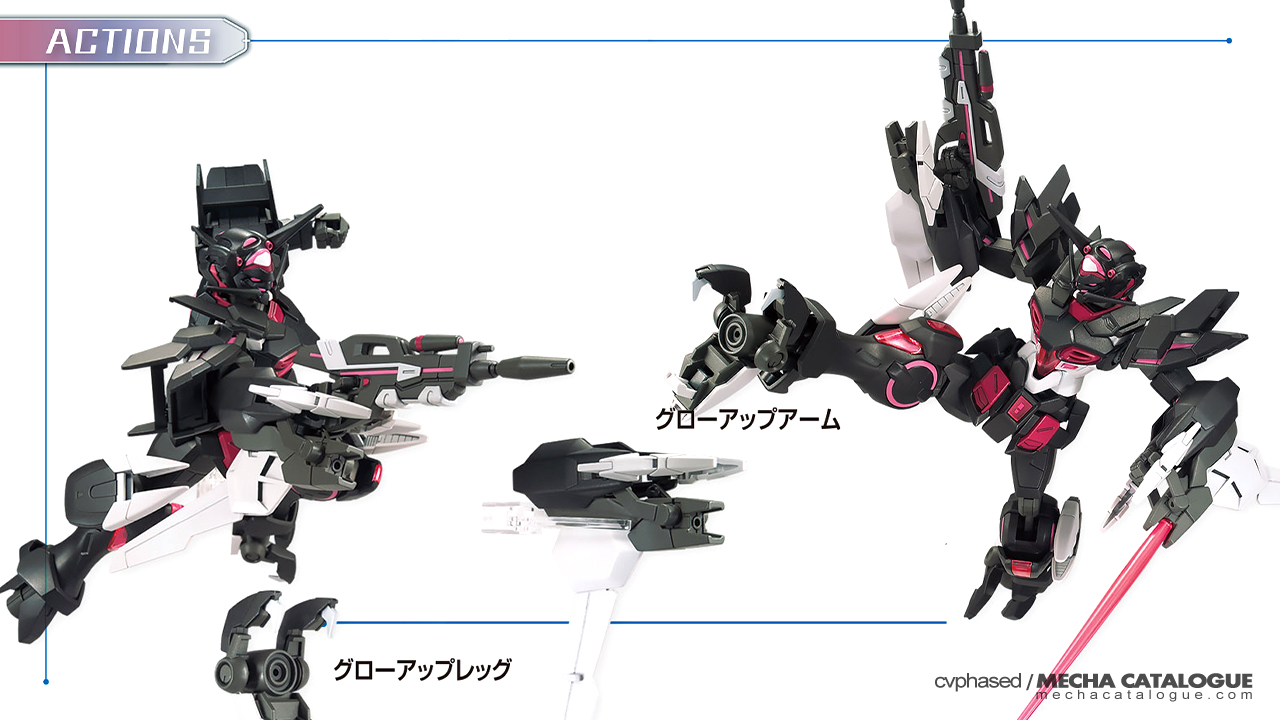 The G-Else is a modified version of the G-Self from GUNDAM Reconguista in G and appears in the side-story manga Gundam Build Divers Break. It was initially a mostly white and purple mobile suit, referred to as the "Before Version" but has since changed to a mostly black "After Version" as the manga went on. It also had a cameo appearance during in the series finale of Gundam Build Divers fighting along the Gundam Shining Break which got its High Grade kit a while back. Other than the color change, I’m not really familiar with the source material. G-Else features "Grow Up Arm/Leg Units" which provide more firepower. 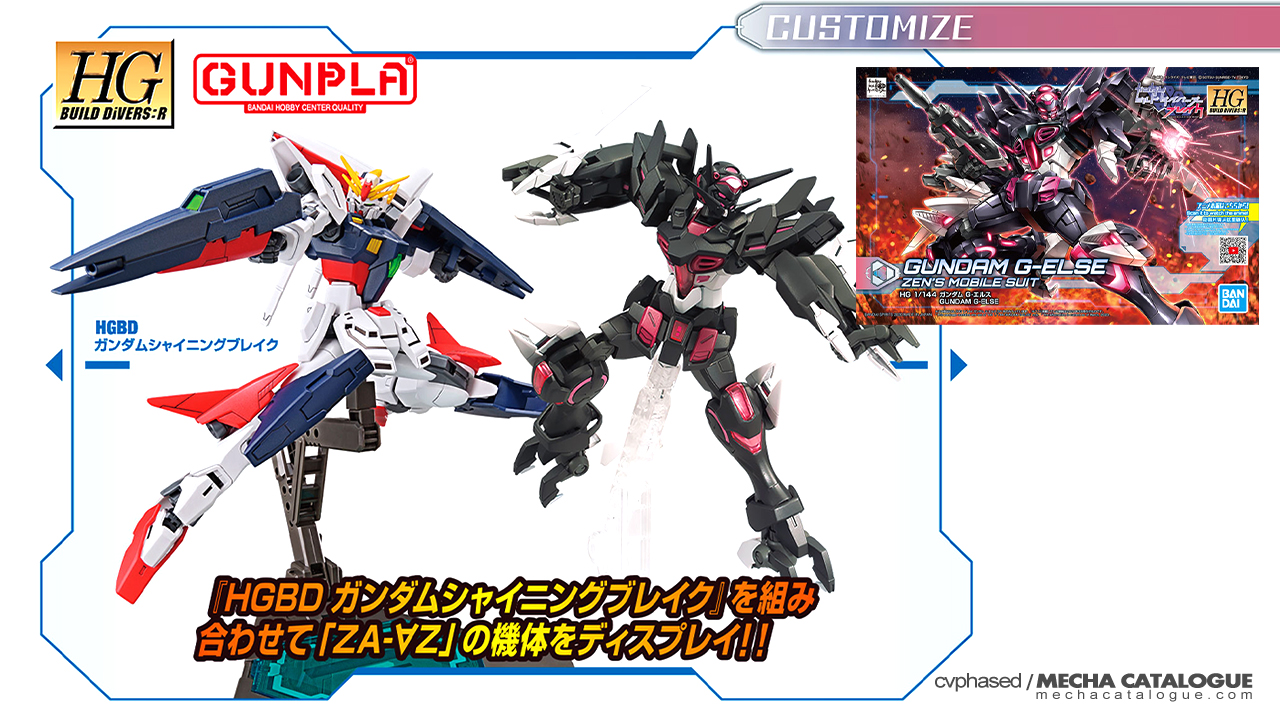 I’m not really that compelled to get the HGBD:R Gundam G-Else though it is a great looking kit for those who prefer something like this over the original G-Self.