Those wondering what happened to my HGUC Narrative Gundam A-Packs and HGUC Victory Gundam/Hexa builds, they’re still very much in progress though I haven’t made much progress due to personal reasons. That said, I am still targeting to complete them in the next couple of months but in the meantime, I managed to detail up a couple of figures in the last couple of days. 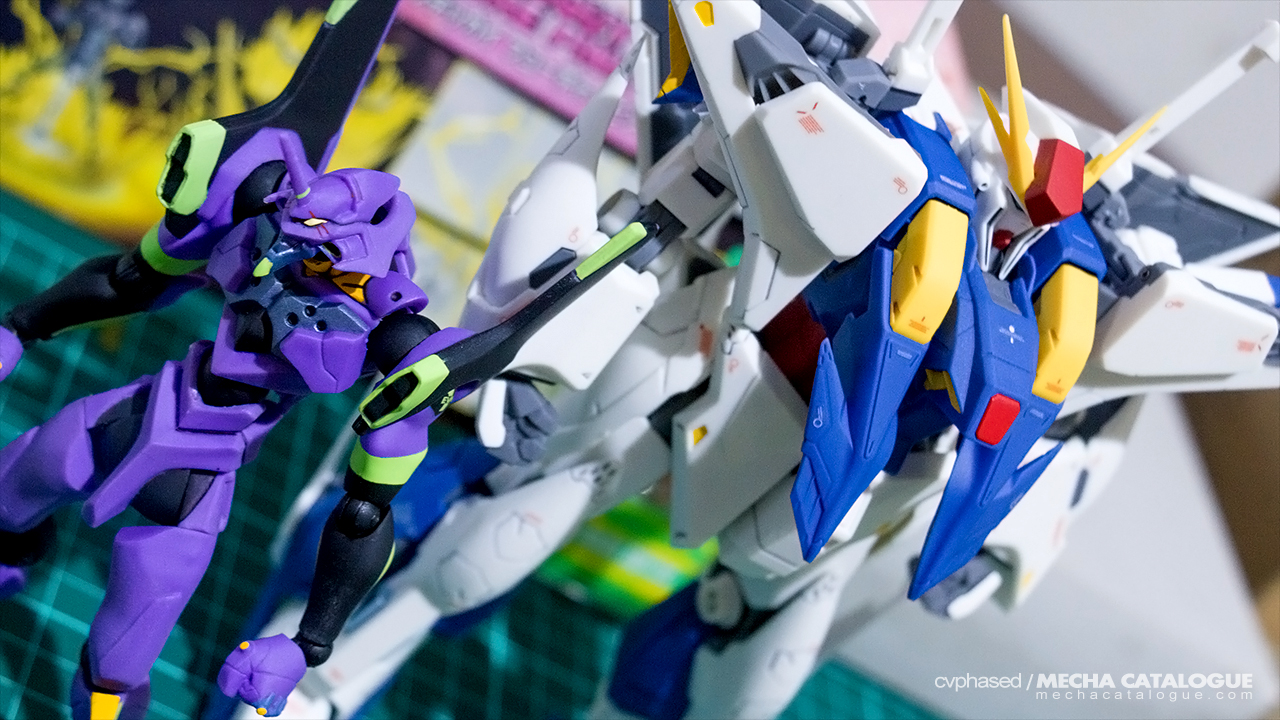 Here’s the Revoltech Yamaguchi Evangelion 01 and The Robot Spirits ⟨Side MS⟩ (Ka Signature) Xi Gundam and when I say detail up, I often refer to putting panel lines, decals, and a layer of matte top coat. While this ain’t the first time I’ve customized figures, the challenge is whether I can disassemble them into sub-assemblies for easier painting. It’s easier to do this to Revoltechs as they’re meant to pop off at the joints whereas it’s a case-to-case basis for the rest. For the Xi Gundam, I separated the extra armor, arms, and head but I had to paint the legs and torso as a single piece.

Technically these two are already done so whether I’ll resume a pending build or pick up another figure to touch up is very much up in the air.