Decided to get back to the kits I left prior to my Japan trip last February. Having made last progress to the two HGUC Victory Gundams, I brought my attention back to the HGUC Narrative Gundam A-Packs, now focusing on the A-Packs itself. 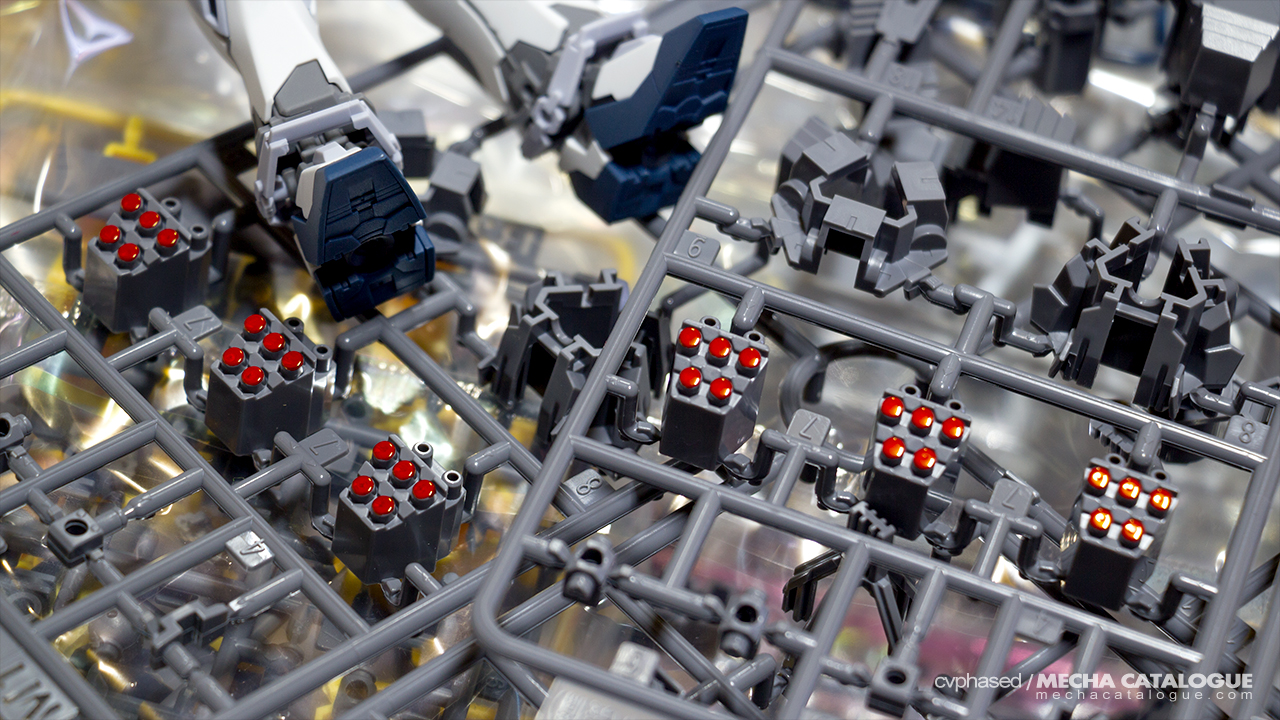 As you can clearly see, this isn’t really the significant progress I intended but it’s a start. Those who’ve built High Grades would know that missile pods like these would require paint to be color accurate. And they aren’t exactly the easiest to paint either. So I did the next best thing, use Gundam Markers to color the missile tips red instead of using the color-correcting seals. It’s not the best but definitely looks better than the other option. With these done, I’ll proceed to paint some vent pieces.