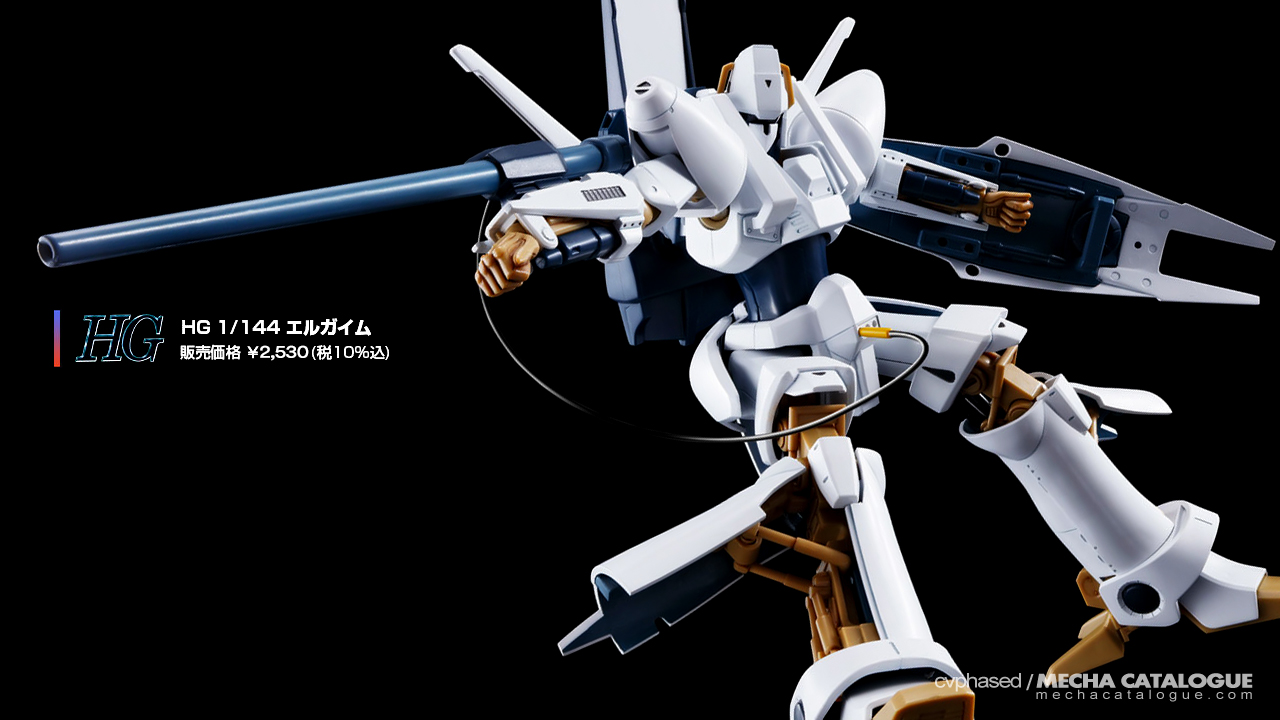 In 2001, Bandai (not yet Bandai Spirits) launched a couple of High Grade lines in the same vein as the then-recently launched HGUC line. These focused mainly on non-Gundam properties such as the High Grade Heavy Metal line for kits from Heavy Metal L-Gaim. 20 years later, Bandai Spirits decided to revisit L-Gaim with the announcement of a new HG L-Gaim Mk-II kit, which is expected to be leaps and bounds ahead of the old High Grades in terms of engineering and design. So Bandai Spirits does the next best thing and do some slight updates on these old kits. They’re basically doing version 1.5 at best of these old ones. 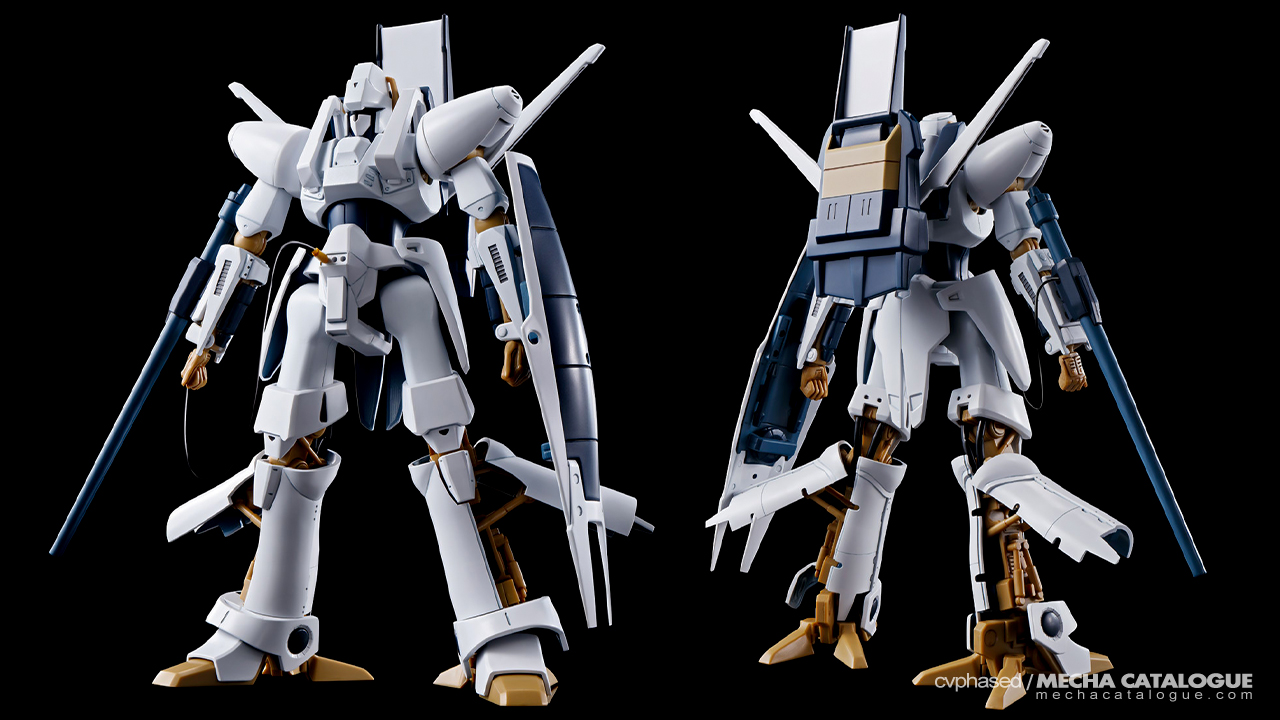 Similar to what they did with the recent Premium Bandai exclusive HGUC Rick Dias [Quattro Bajeena Custom], the old 2001 kits are getting updates through new parts and slightly updated engineering to be at least similar with the upcoming HG L-Gaim Mk-II. If you look at it at a quick glance, the changes aren’t really that noticeable. Thankfully, the solicitations for this kit explains some of these changes. 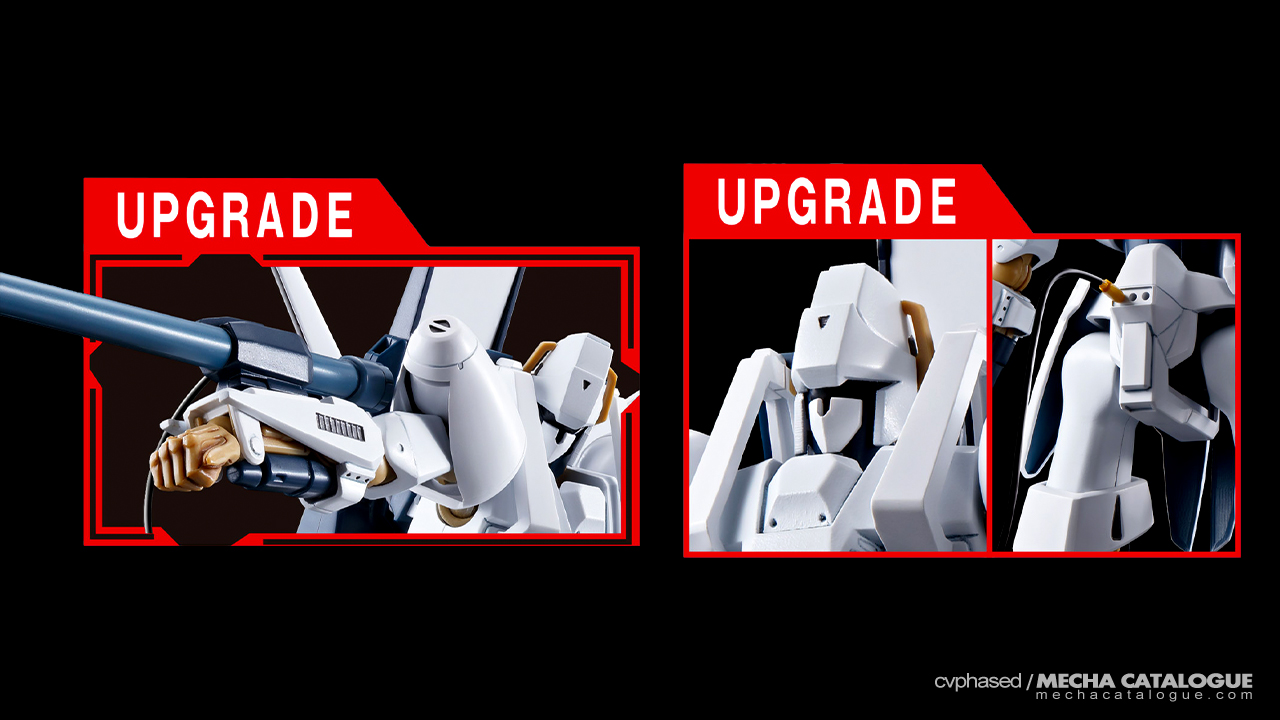 Bandai Spirits also made a post in their staff blog to explain these updates, but here are the relevant ones for L-Gaim. For starters, the kit is now molded with pure white instead of the yellow-ish white from before. As for new parts, these include the upper torso unit, the head unit, and the arm units. The updated torso allows for forward shoulder movement as seen in most HG Gunpla kits. New head parts with sharper details are also provided to complement the front face plate. More details are also placed on the exterior armor parts of the arm units, along with a new ball joint assembly for the shoulder connection. Hip articulation is also supposedly improved with these new thigh parts, which also looks better with the seamlines moved to the side. I’m not sure if the hips would still use ball-and-socket joints common in older kits. 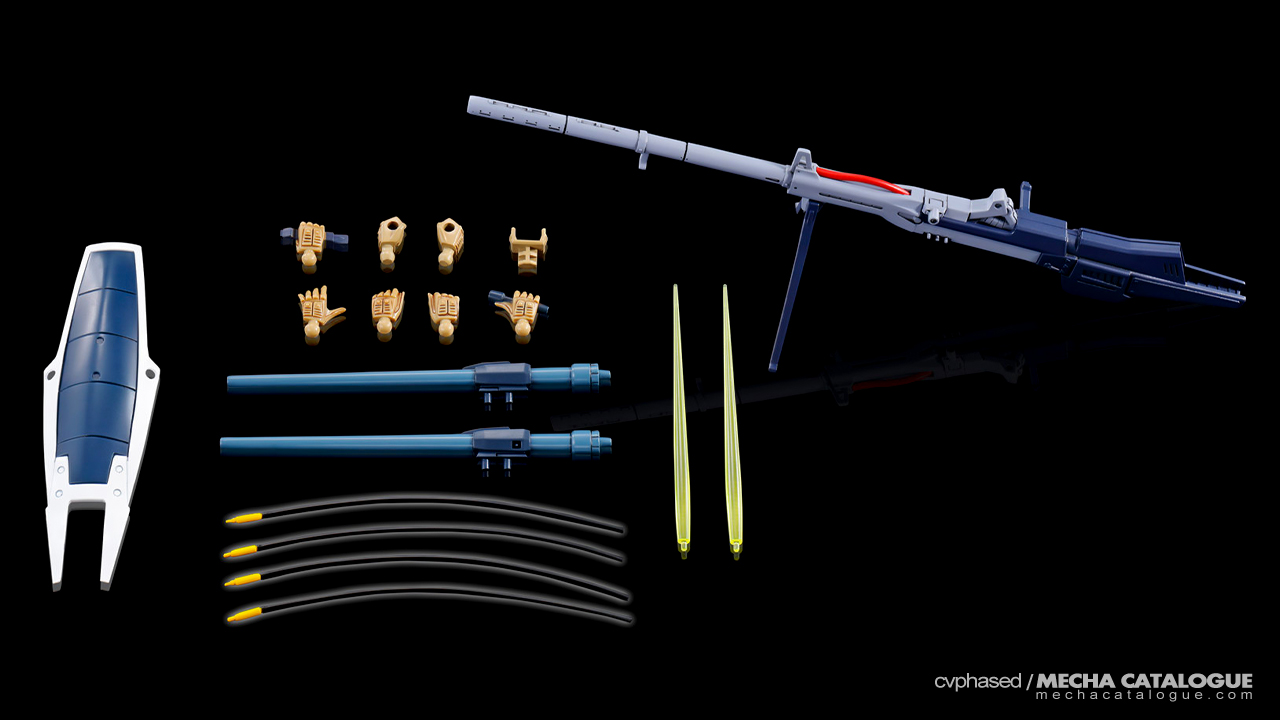 For the accessories, most notable is the updated Buster Launcher which uses better parts separation for color accuracy out-of-the-box. It will also come with new manipulator parts to link with HG L-Gaim Mk-II both in Heavy Metal and Land Booster modes.

Like I mentioned in the previous post, I would still go with The Robot Spirits versions for my collection. Those who have the older kit may stick with it but if you want compatibility with the upcoming HG L-Gaim Mk-II, you might have to get this one and build it again. By the way, all these updated versions of the old HGs are regular releases while L-Gaim Mk-II is an online exclusive. Quite the bummer if you ask me.