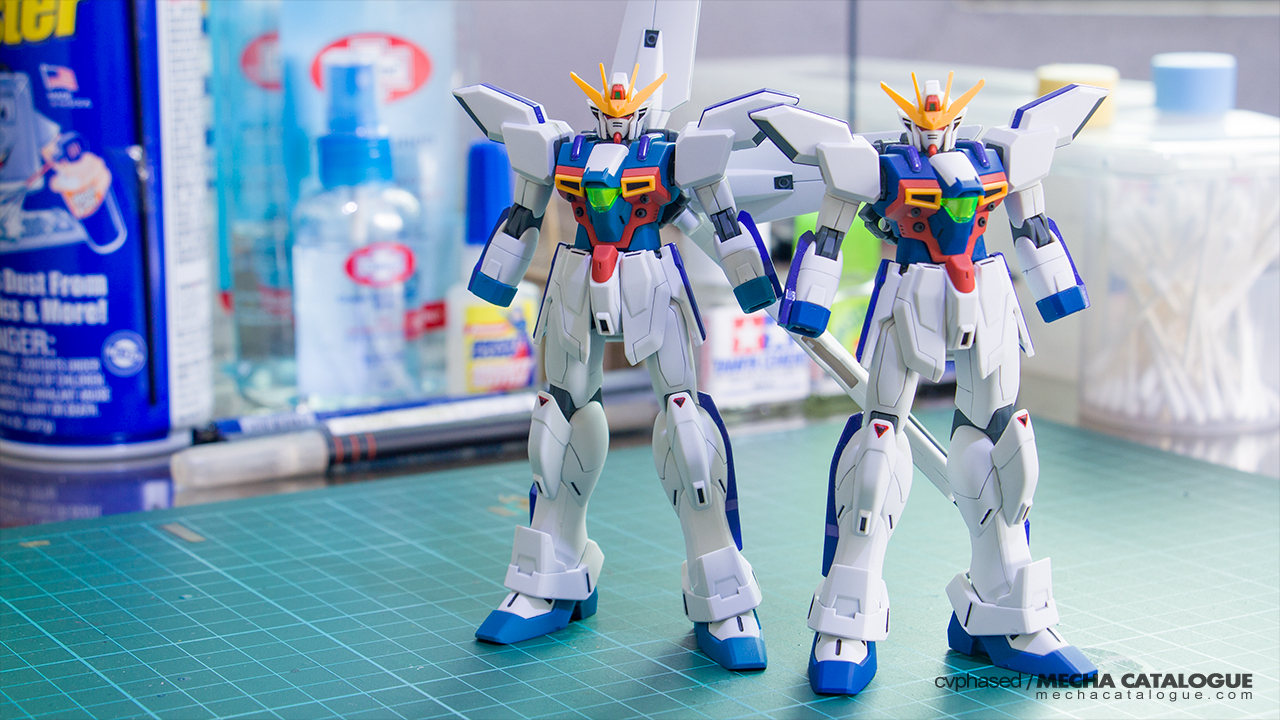 I usually suspend builds around July and August because of the unfavorable weather at this side of the planet, but I decided to resume my double builds at the end of August with the HGAW Gundam X / X Divider. This is part of my attempt to build at least 1 kit from the Gundam series of the 90s. I’ve completed the titular Gundam Wing mobile suits, built a couple of V Gundam ones last year, and recently completed two kits of the Shining Gundam (i.e. normal and Super Mode) from G Gundam. After these two, I’ll probably build the HGCC Turn-A Gundam and dual build it with the HGBF Turn-A Gundam Shin.

Going back to these two, they are near identical, sans weapons, the Satellite System, and the hue of blue. I bet that if they got released today, one would likely be a Premium Bandai exclusive. For Gundam X, I just painted the Shield Buster Rifle and would do final assembly. Still have some work to do with the X Divider though as the Beam Harmonica would need some masking and painting.

I was also satisfied with how the Satellite Cannon panels turned out. Using metallic silver and coated with pearl clear gave it a good finish, at least to my standards. I’ll likely do the same with the Double X once I get to building that kit. In the meantime, I’m really looking forward to finishing these two and move on to the next dual build.