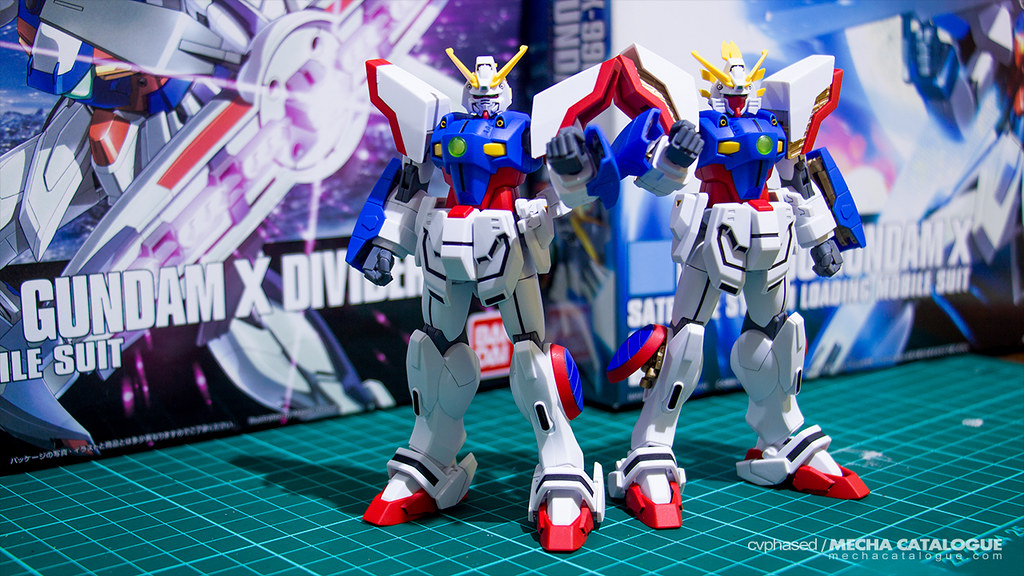 I only realized this now, but completing this double build of the HGFC Shining Gundam is a nice follow up to the previous dual build of the HGBF Build/Try Burning Gundam, with the latter’s builder, Sekai Kamiki being a student of the former’s pilot, Domon Kasshu. It was a relatively easy build, you just need to paint a lot of black striping and that Core Lander that came only in blue.

What’s next? Taking a look at those boxes at the back, I’m thinking of a Gundam X/X Divider dual build. If I ever go with these two, then I’ll be completing the trifecta of first alternate universe lead Gundams from the 90s. Though I might hold off on immediately starting these two as I wanted to do a couple of minimum effort Super Minipla Super Sentai kits.