Good Smile Company has opened pre-orders for their Patlabor Ingram and Bulldog kits. They are providing multiple options on how you may want to purchase them so here’s the low down. 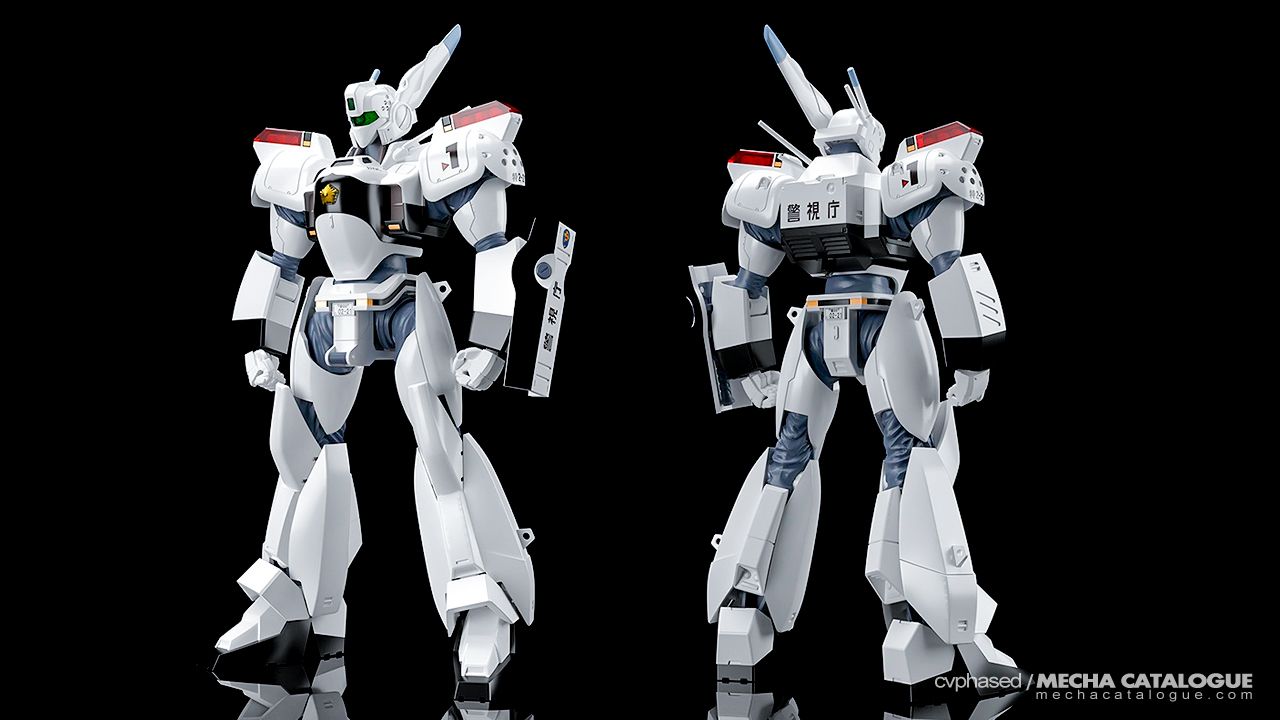 While previous show reveals indicated an Ingram-Bulldog twin set, they are actually an Ingram kit on its own, which is good for those who don’t really like the Bulldog. These are 1/60 scale which is right on the mark with those old Bandai Spirits kits that uses rubber parts for the joint covers. I haven’t built mine, and looks like I won’t have to. The kit will be mostly made from PS and ABS plastic and will include clear parts for the shoulder sirens and the head unit visor. Water slide decals for those police markings are also included. 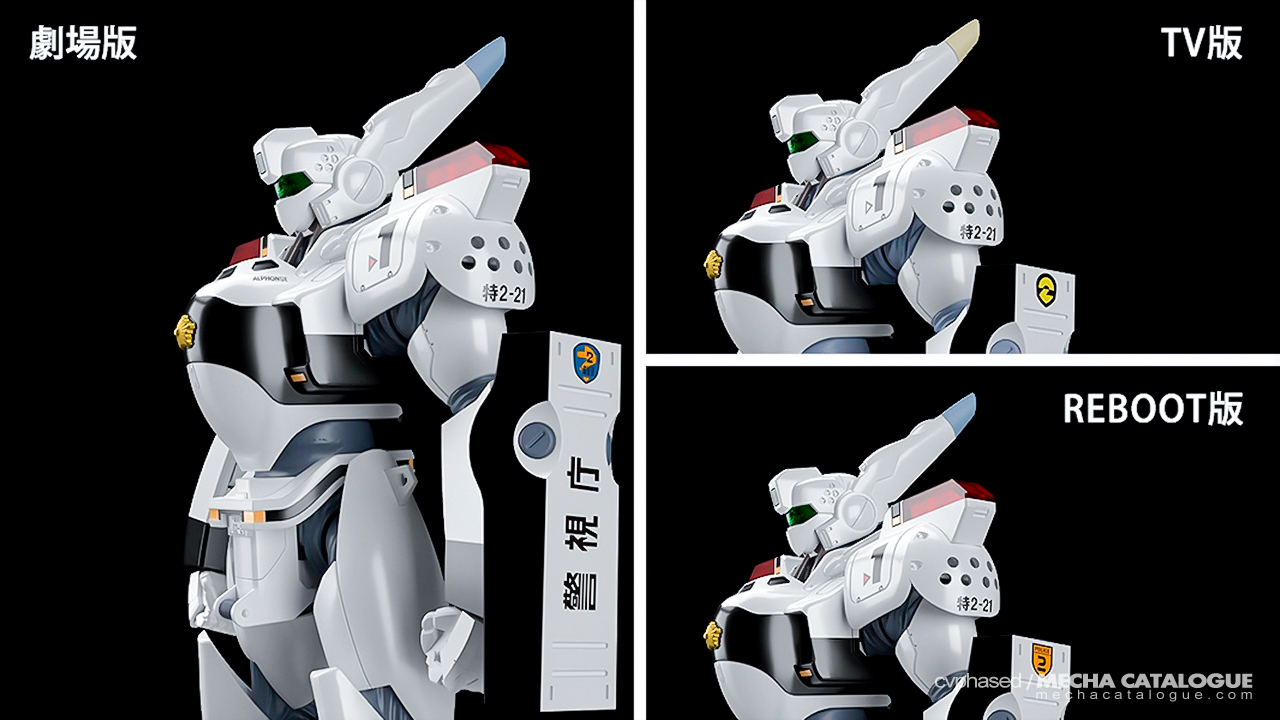 Speaking of water slide decals, you will have the option of building either the TV, movie, or Reboot versions. These are mainly the markings on the shield and left shoulder armor, as well as the tip of the head fin. 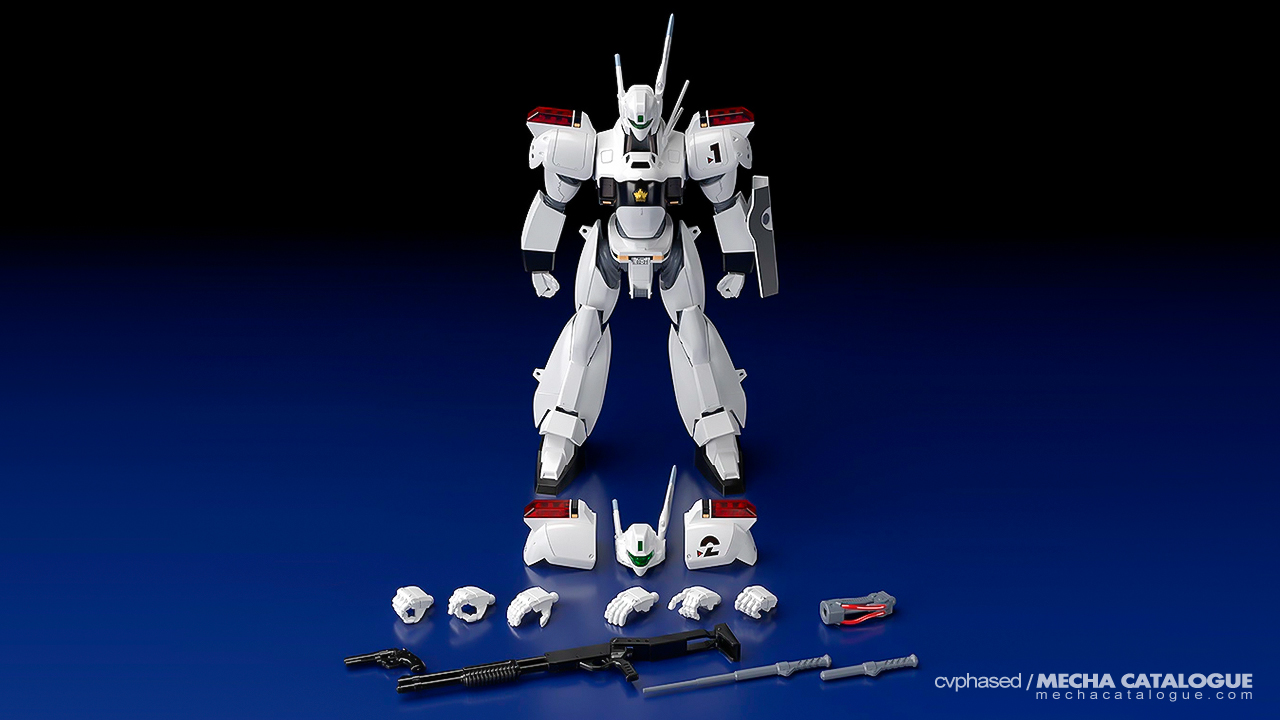 The set is also perfect for double-building as it will include replacement parts to build the Ingram Unit 2. These parts are for replacing the head unit and shoulder armors. And on that note, the kit comes with the standard accessories of the Ingram units. These include the signature revolver that can be stored on the right leg, an arm extension part for drawing the revolver, shotgun, long and short versions of the stun stick, and multiple replacement manipulators. 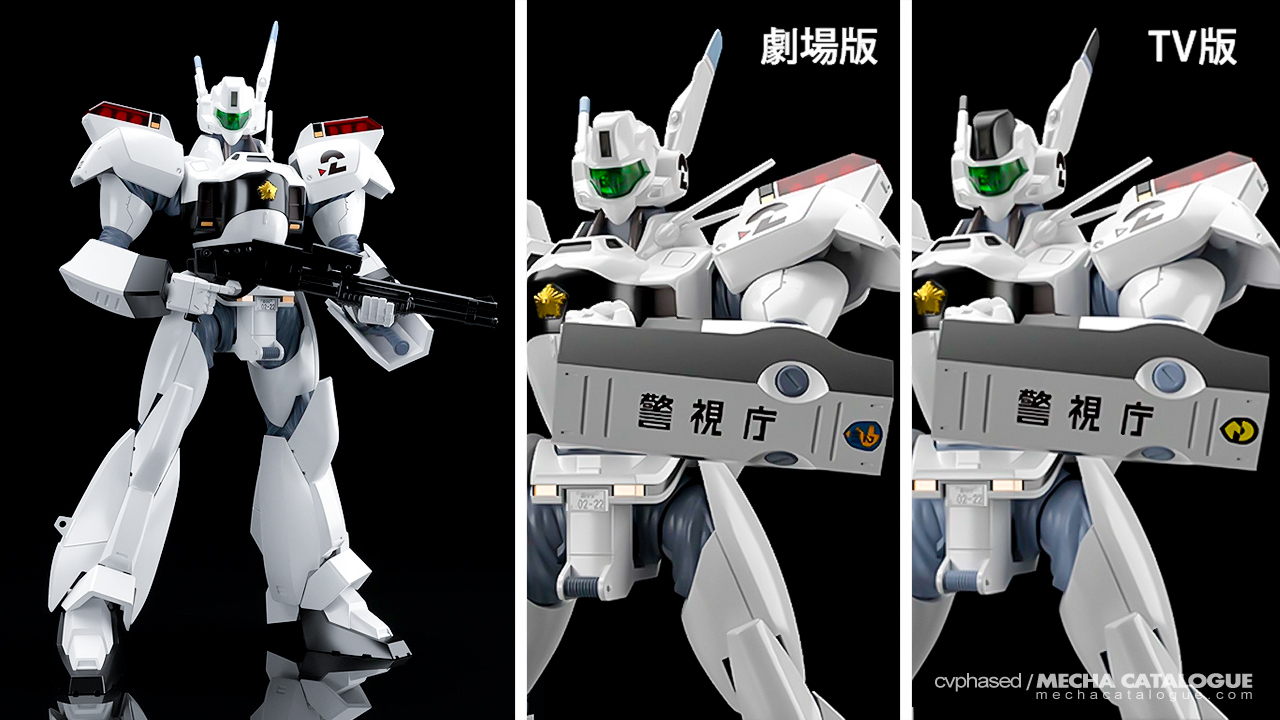 Water slide decals for the different versions of Unit 2 are also included, covering the TV and movie variants.

Everything that comes with this kit are also packaged with the Ingram + Bulldog set so you really won’t miss anything if you just wanted the Ingram. In addition, Good Smile Company is also releasing a twin Bulldog set on their online store if you want to army build those labors.