Having bought most of the supplies I can get my hands on, I’m resuming double builds with this guy, the HGFC Shining Gundam. Why am I doing a double build of this kit? To answer that, here’s a quick story. 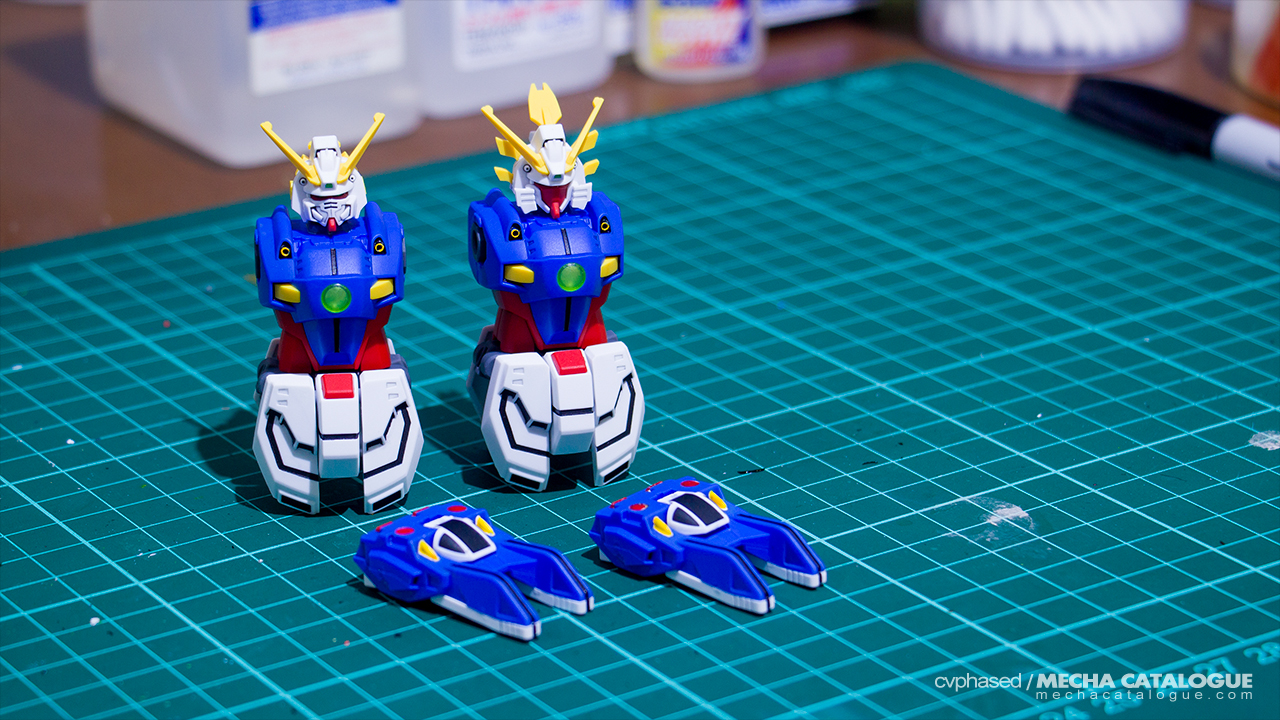 This isn’t the first time that I’ve build this kit. Around 2016, I almost finished a copy of this kit but there were a lot of things I wasn’t satisfied with. First, the gold paint job I did on the Super Mode shoulder armors were terrible. I also botched some details, including the front armors and even the Core Lander. So before I even finished the kit, I’ve decided to get two copies and build them as the normal and Super Mode versions of the Shining Gundam.

Much like my last double build, I started with prep work on parts that needed paint, and there were quite a few. These included the Core Lander, the Supre Mode shoulder armors, the internal mechanism parts that turn gold during Super Mode, and the back striping on various parts of the mobile suit. These photo is a couple of days late so I’ve made more progress afterwards. So much so that I’m already thinking of my next dual build. But more on that once this guy is done.