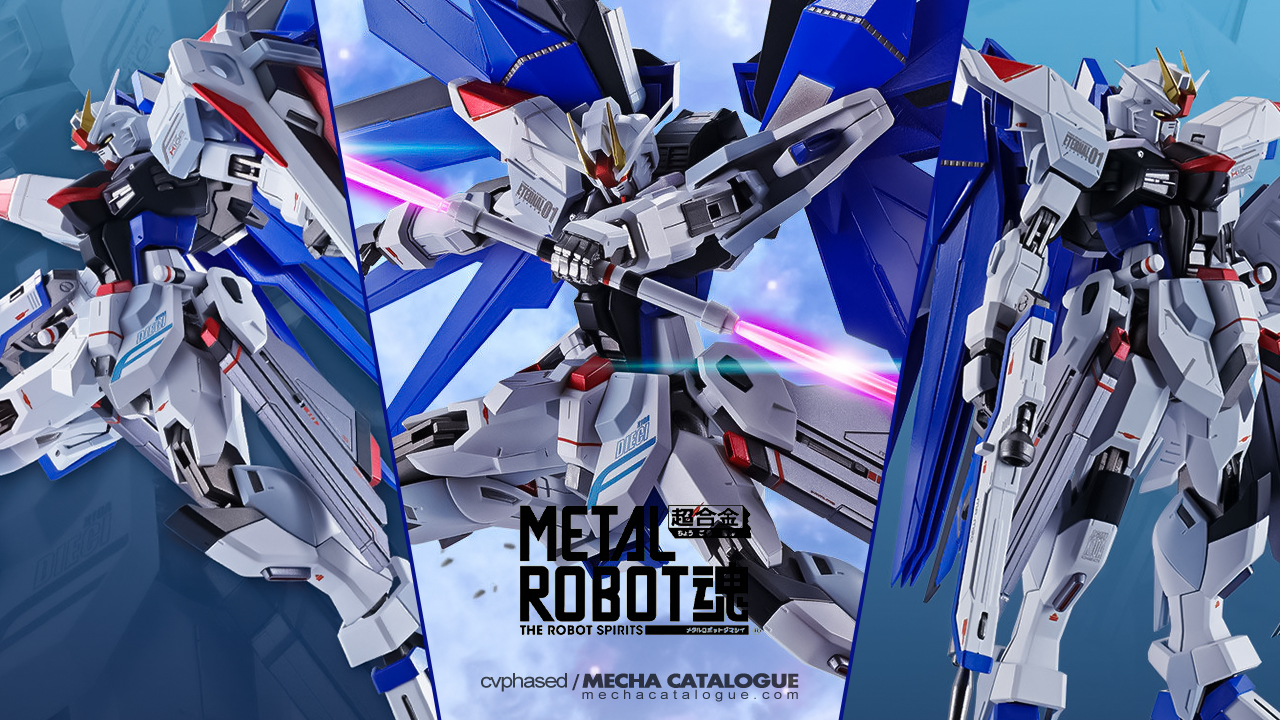 That post title isn’t really out of frustration over the indirect ways you’ll go through to get this figure. It’s rather a question of why Tamashii Nations decided to make one of their flagship Gundams an online exclusive. I’m talking about the Metal Robot Spirits ⟨Side MS⟩ Freedom Gundam. Is it because it’s a retool of the earlier Strike Freedom Gundam figure? Is it because they don’t think this guy would sell well? I don’t really know the answer but to those who want one, you know what to do. 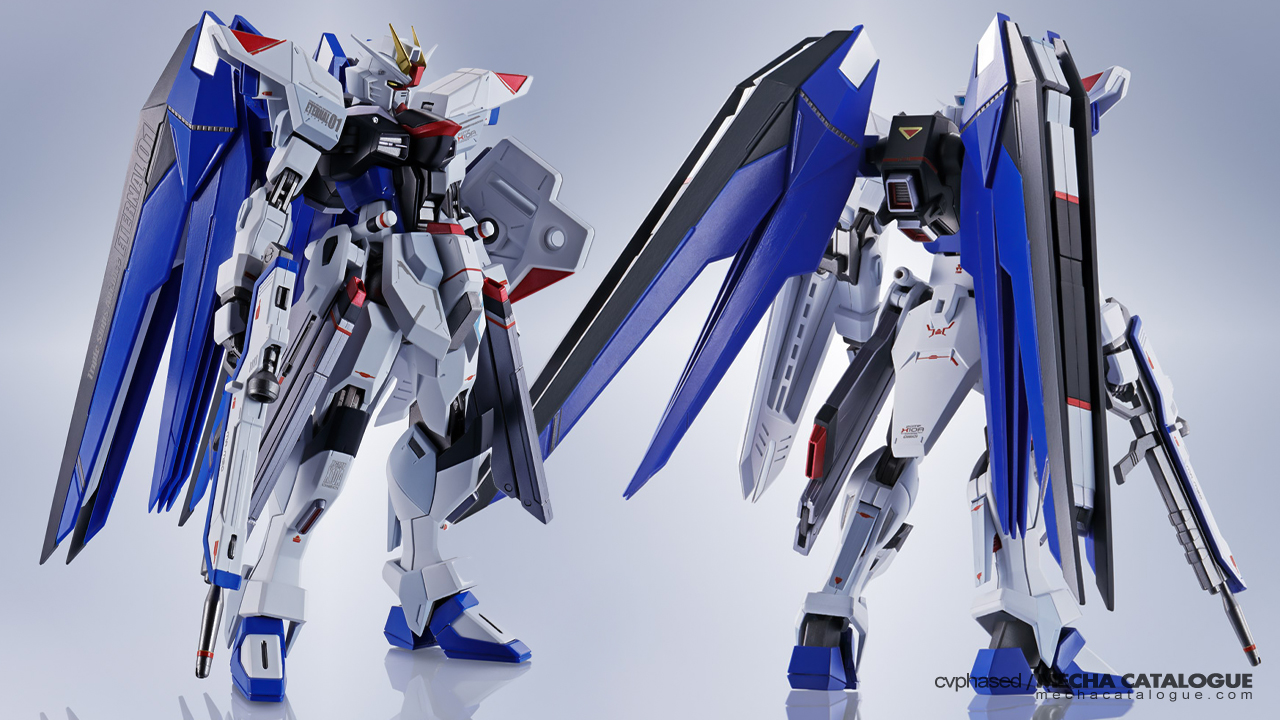 I may not be the greatest fan of the Freedom Gundam design, but I do admit that this figure makes it look much more appealing thanks to the sharper angles and more anime-accurate styling. 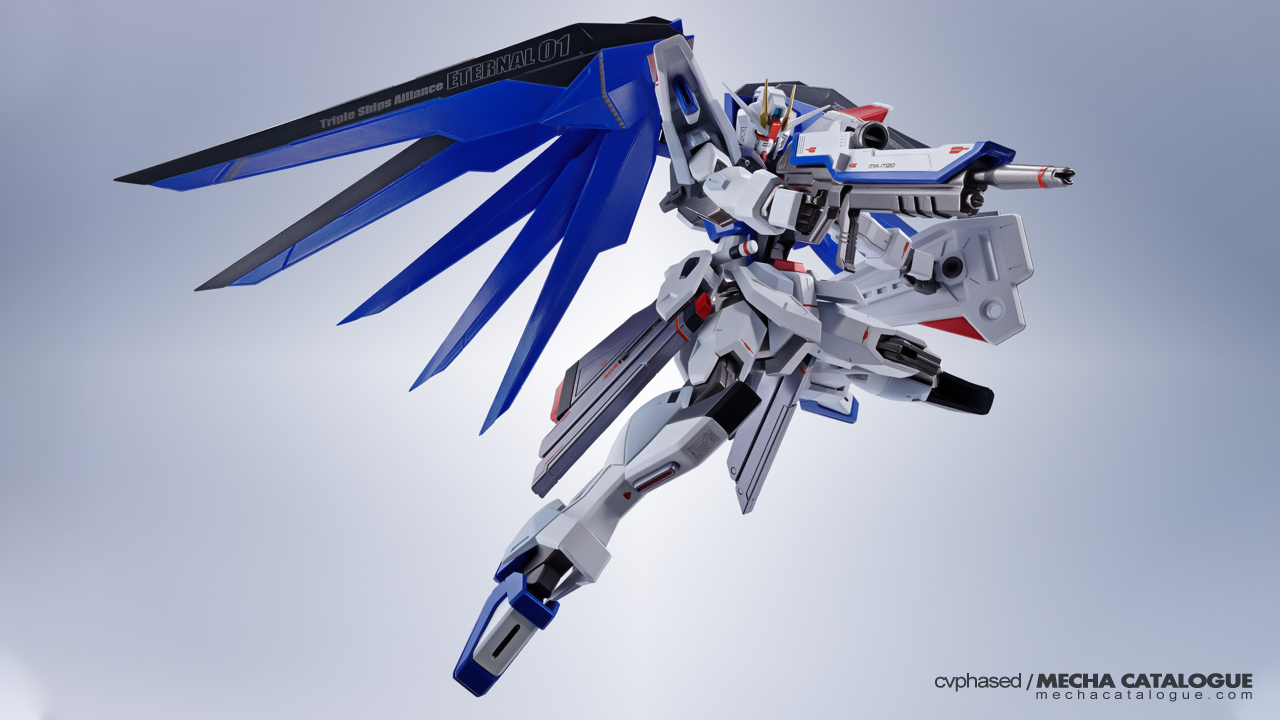 As expected from a Metal Robot Spriits figure, the Freedom Gundam contains a die cast internal structure for stability. They also mention that the joint parts are plated, adding more to the premium feel of the figure. With these expect a Freedom Gundam figure that can be a lot more dynamic and as flashy than what was seen in Gundam SEED. 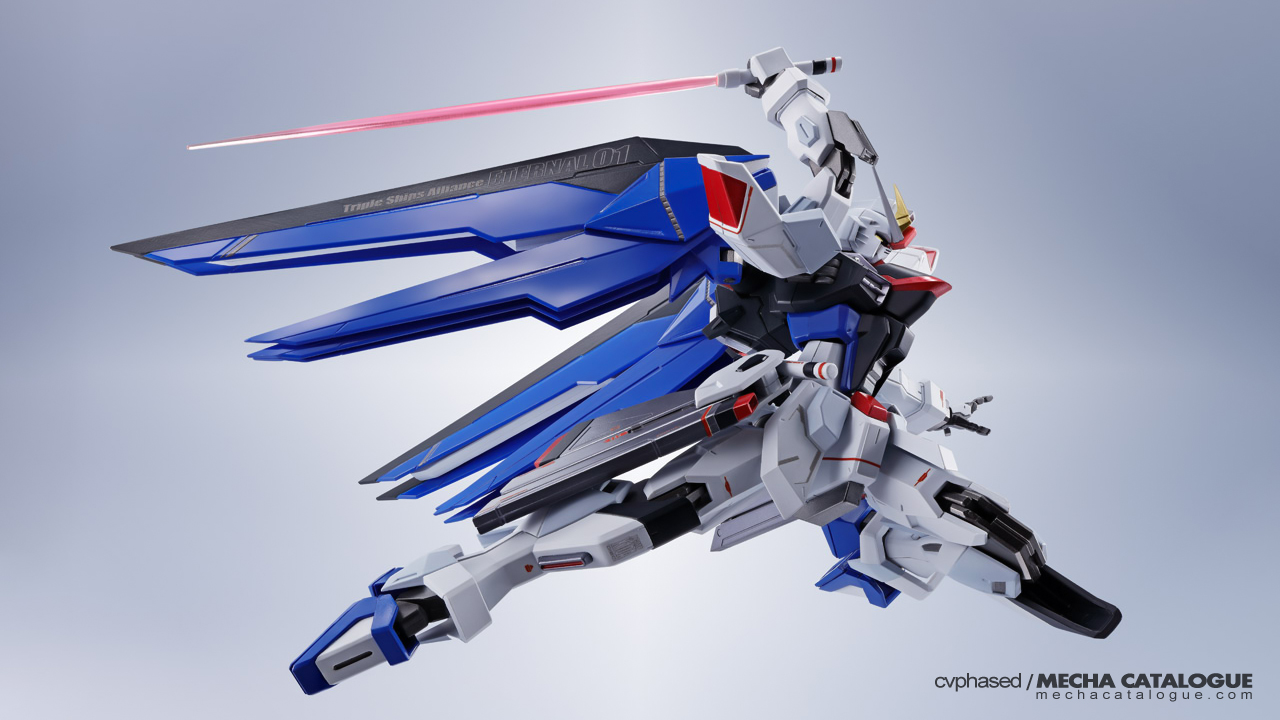 As for accessories, it comes with the standard set of Freedom Gundam weapons, beam effect parts, and a display stand that like most Metal Robot Spirits figures. I assume there are no effect parts included for the HiMat Mode attack based on the solicitation. 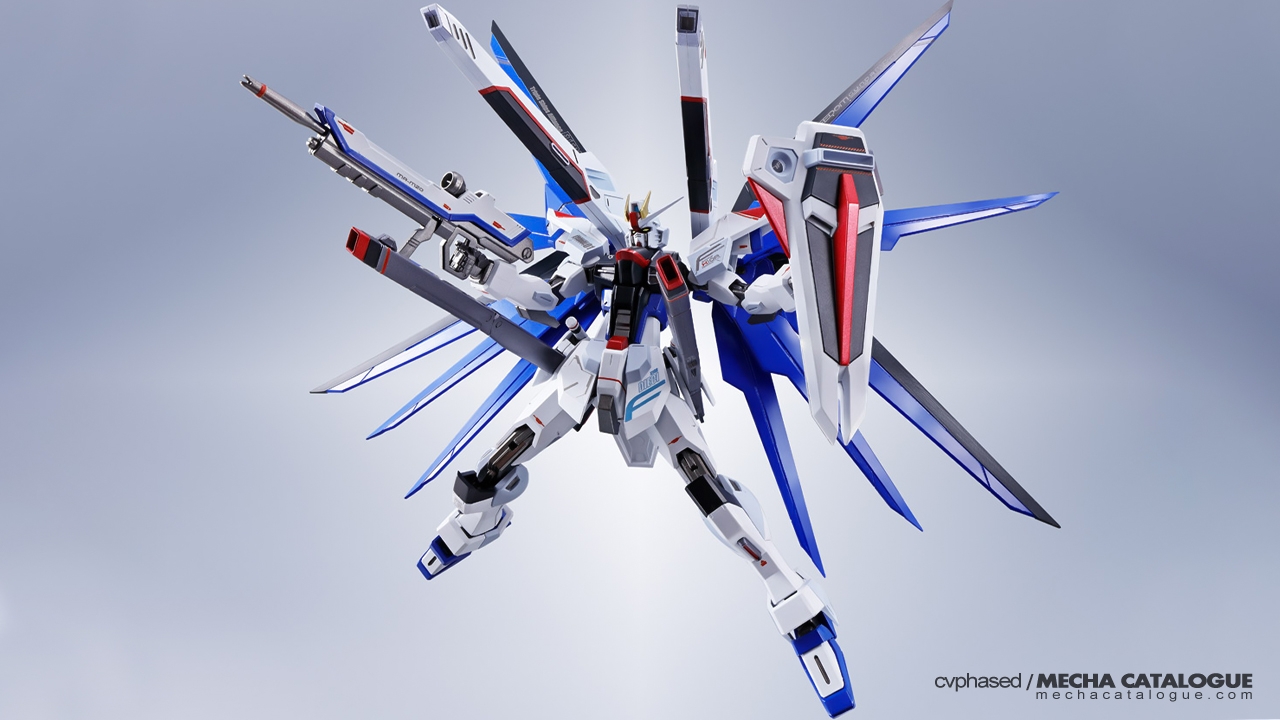 I can probably get this one day to serve as a partner to my Strike Freedom Gundam but for now, my focus on the Metal Robot Spirits line is catching up on their real type versions of SD Gundam designs.