I finished building my HGAC Gundam Sandrock some time last week and was teasing this guy as my next build. Well, I contracted conjunctivitis of the left eye (or sore eyes) yesterday and I was recommended to sit out the rest of the week at home. Looks like I’ll have no more excuses to build and finish this kit. 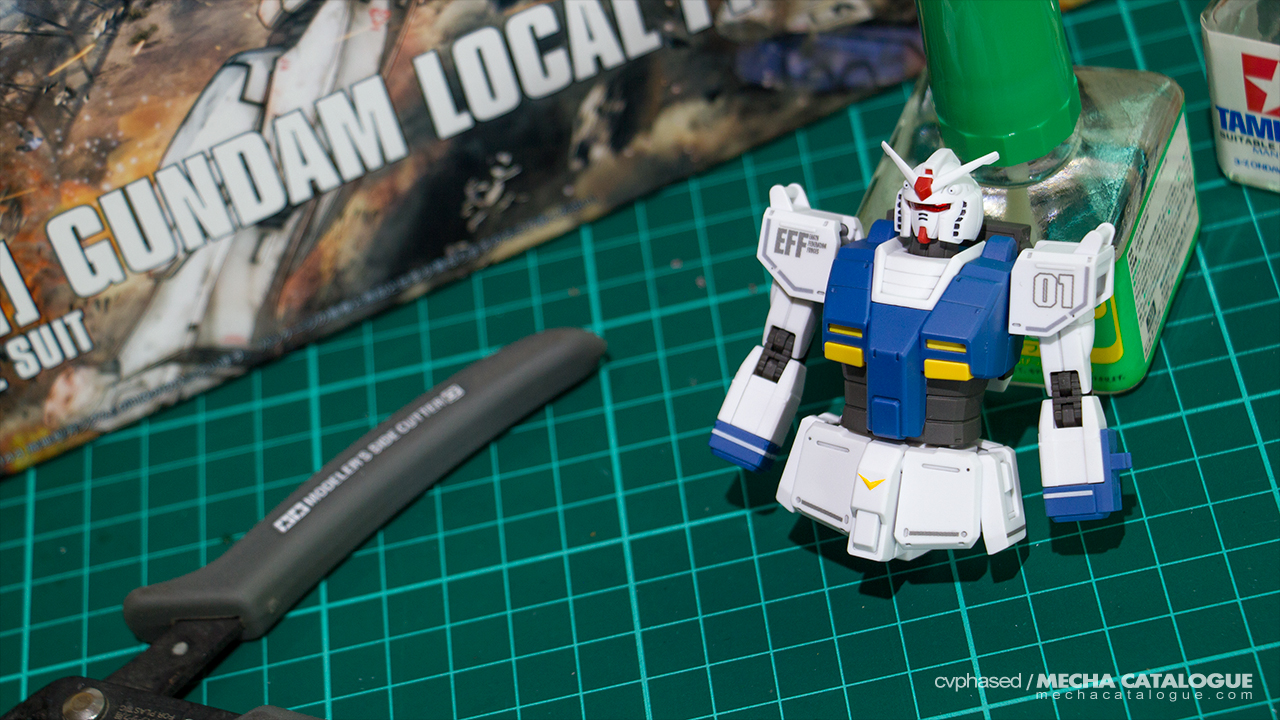 Many consider the HG Gundam Local Type to be one of the better and more versatile kits to come out of the High Grade GUNDAM THE ORIGIN line and they were right. In fact, it has been retooled multiple times as other MSV, or rather — Mobile Suit Discovery (MSD) kits. As for the build itself, it was very straight forward. The accent lines were mostly done via marking seals though they’re not the foil type so I hope they’ll stick better.

And as you can see, I’m done with the upper portion and currently building the leg units. Detail painting would be needed for the gray bits on the legs, and the white sections at the back of the feet. I’ll probably finish this guy during the weekend or early next week the latest. I’m thinking of closing 2019 with a Real Grade kit. What should it be?