Chief of these announcements is the reveal of a new anime adaptation, New Sakura Wars the Animation, which is based on a game of the same title — I think. Not really the Sakura Wars franchise expert here but the new game (and the anime) is a return to roots and continues the story after Sakura Wars V with the anime set to premiere some time in 2020. 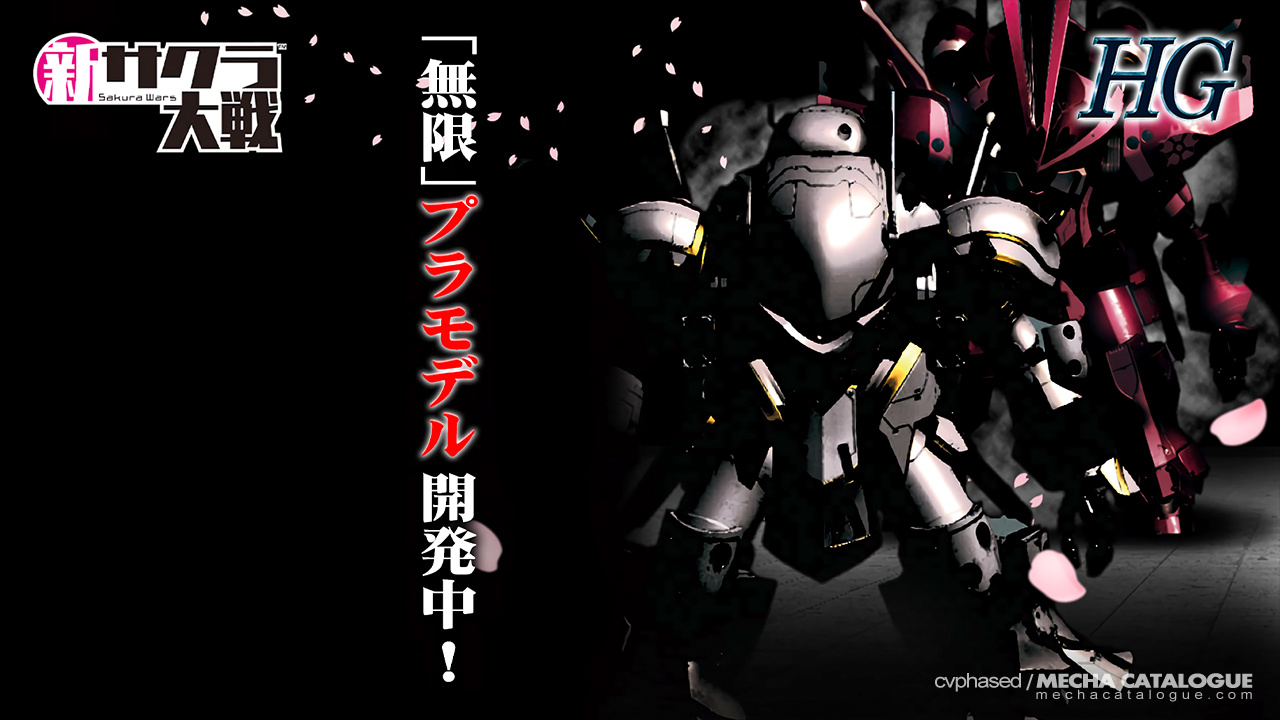 And of course, we are getting High Grade kits of the new machines in the series, referred to as Mugen Spirit Particle Fighters. Not much is shown apart from these darkly-lit teasers. They are due for release probably around the same time as the anime in 2020. 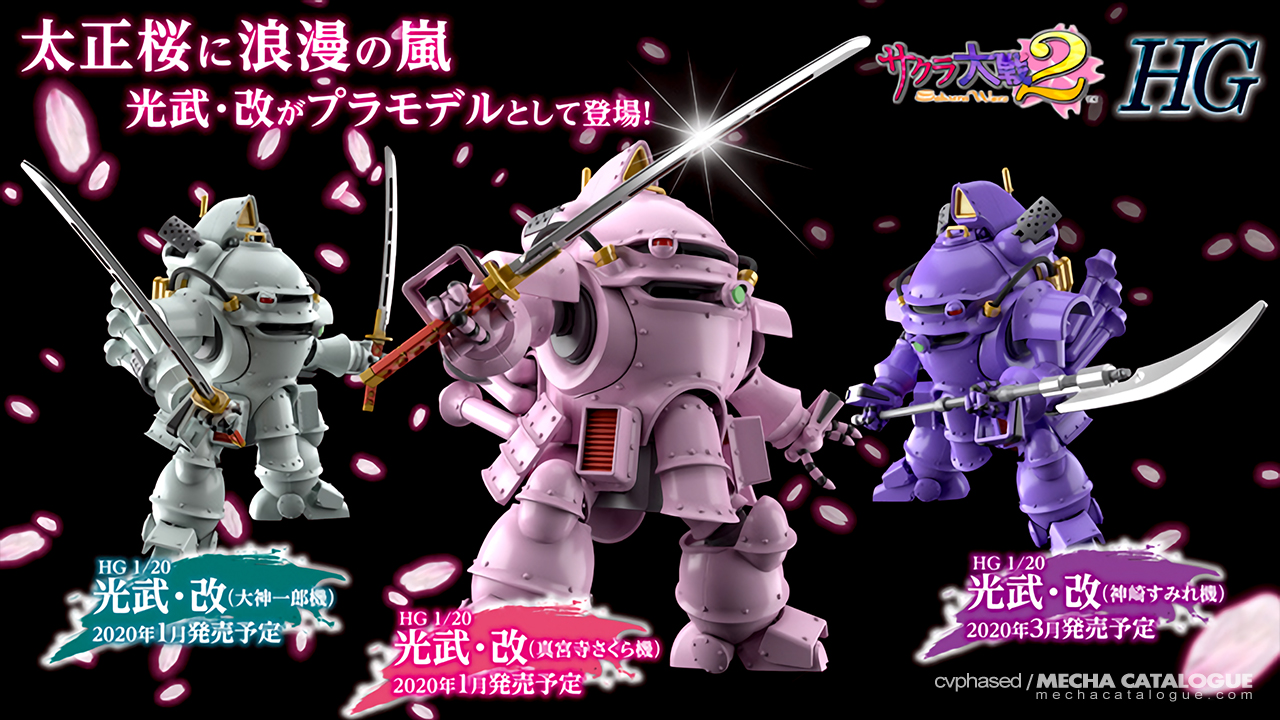 In line with this, they have also given more details regarding the Sakura Wars 2 kits they previously teased. These would be at 1/20 scale standing at 125 mm each, around the same height as a typical 1/144 scale Gunpla. The first three kits would be the HG Koubu Kai in Sakura and Ogami colors in January 2020 while the Sumire variant would be in March. Outside color and weapon differences, these three look basically the same. 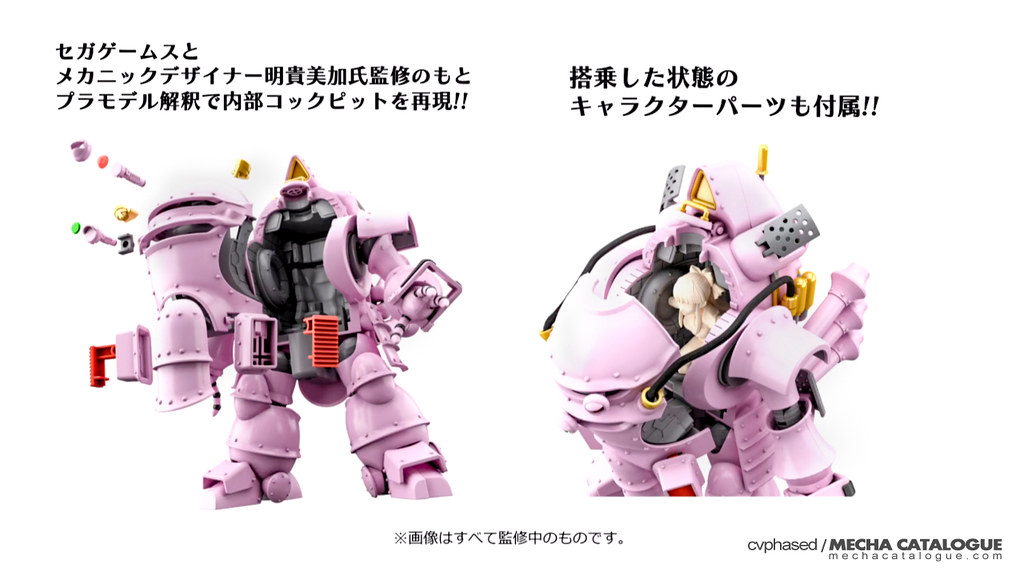 They also highlighted some features and gimmicks these kits would have. For one, there’s great part separation for the optical units or ‘eyes’ of these units. Each will also have an opening cockpit feature revealing an in-scale pilot figure. Note that the internal details weren’t shown in the games and the original designers had to create them for these kits.