I was only made aware of this like some time last weekend, but apparently, the first edition release of the HGAC Gundam Sandrock will also come bundled with a product code for Gundam Breaker Mobile or Gundam Battle: Gunpla Warfare in the west. Not really sure why but I’m thinking it’s from Gundam Wing and I guess they’re really pushing this game to the American market. 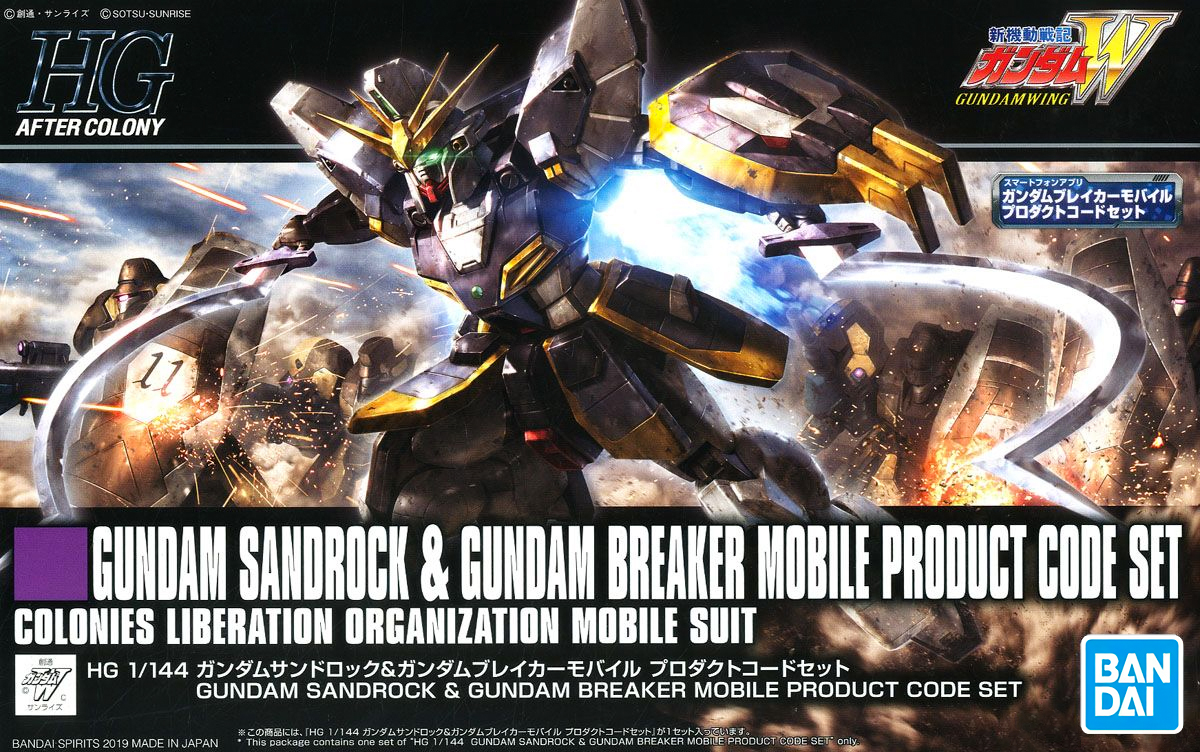 Long names aside, this art itself appears to be a continuation of the ‘story’ started in the HGAC Maganac box art. Besides the art, one pet peeve I always have with these High Grade boxes (which I thought they’ve already fixed) is how the series logos appear at random spots depending on where the mobile suit is drawn. In any case, I am looking forward to getting this one.