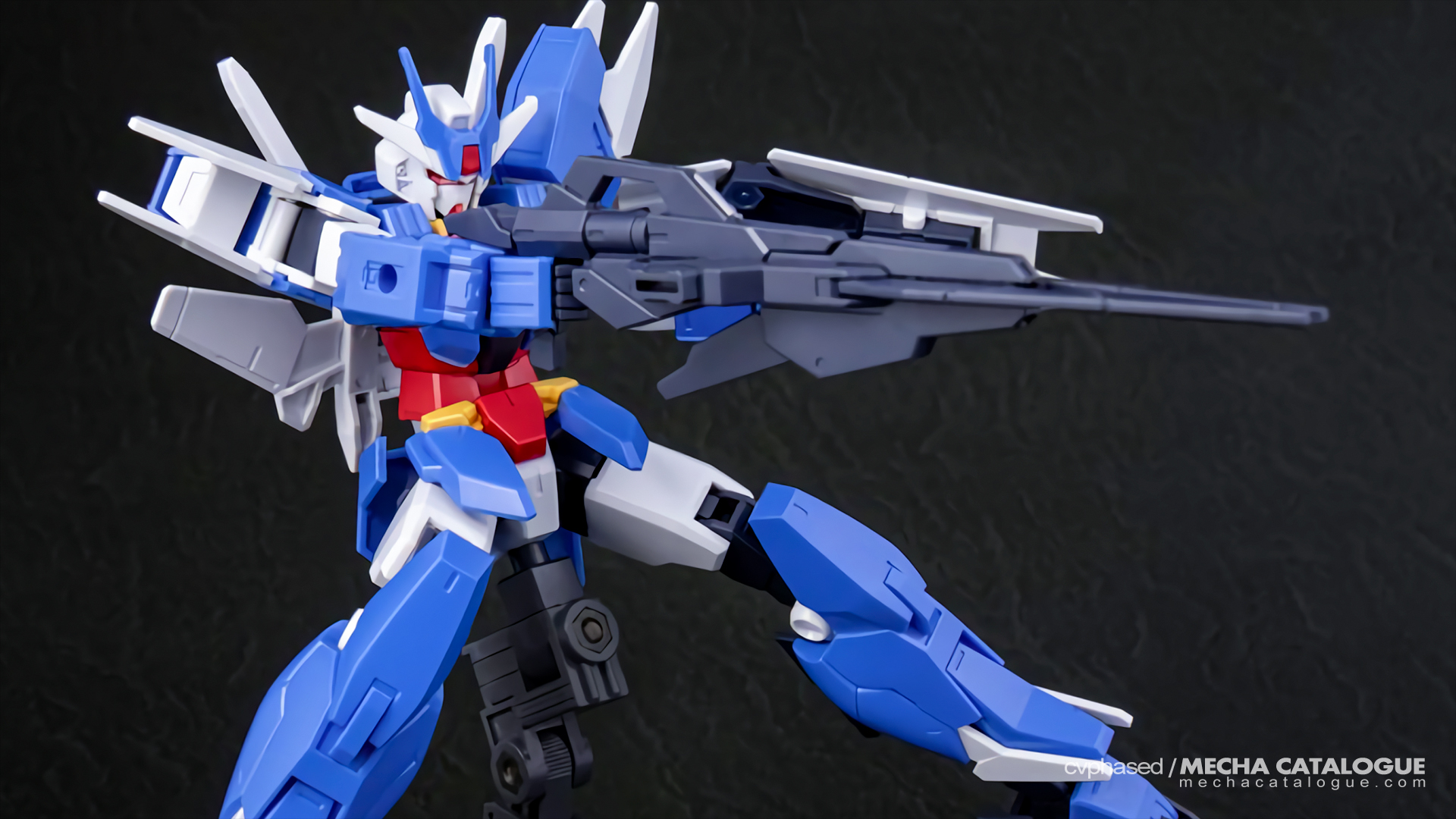 It’s time to give more unsolicited thoughts an opinions on upcoming model kits as the third Gunpla I’ll look at thanks to the amazing people at Dengeki Hobby Web is the HGBD:R Earthree Gundam, the lead mobile suit from Gudam Build Divers Re:RISE, slated to debut in a month. Many have already given their thoughts on the design itself and its core (LOL) feature, but more on that later. So let’s dive in…. because Build Divers… never mind. 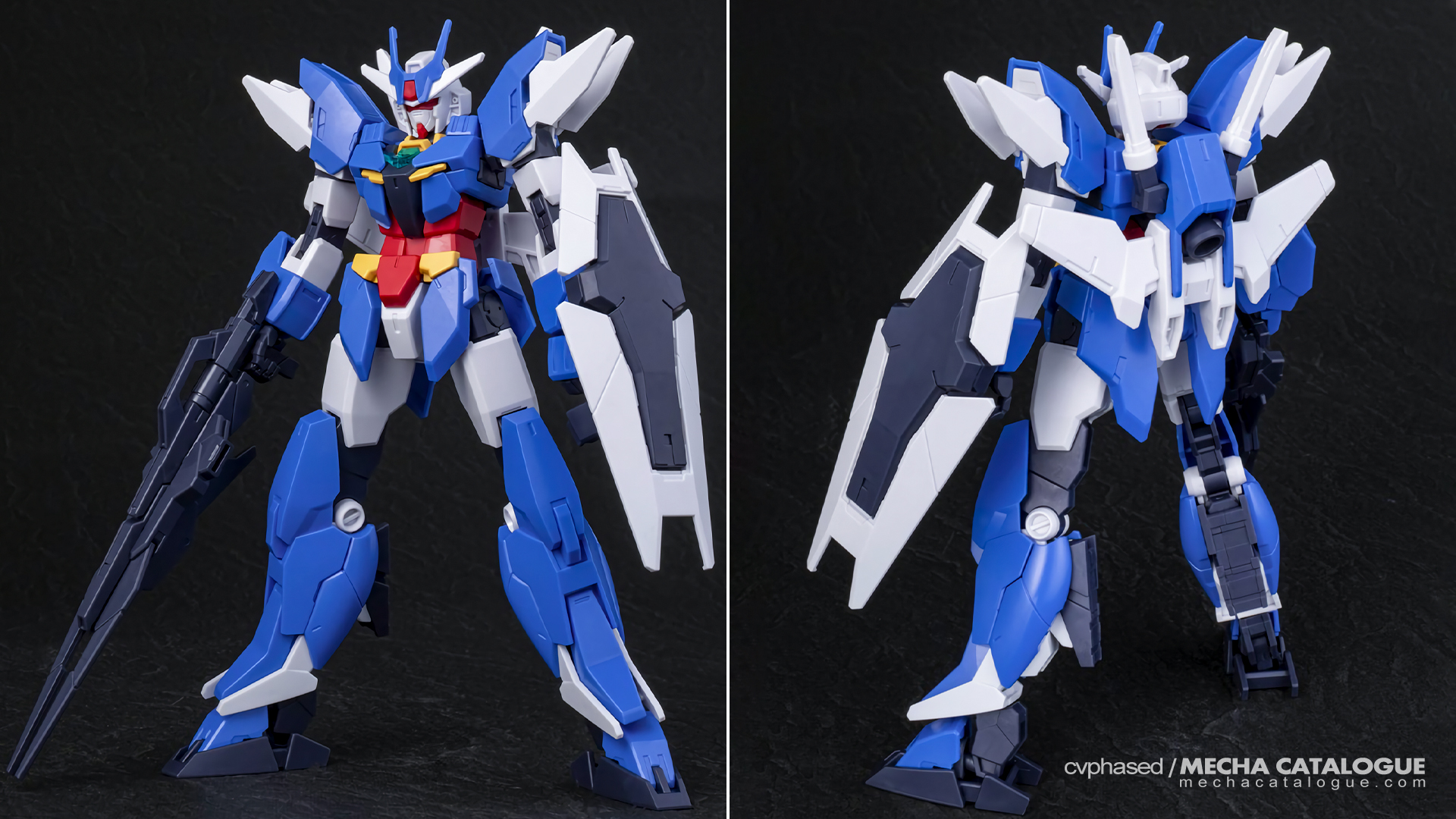 Anyway, this is how the Earthree Gundam will look straight out of the box without any color correcting seals and other touch ups. One thing that sets the Earthree Gundam apart from other Build Series leads is that the it’s not based on an existing mobile suit. The design itself is your standard tri-color lead Gundam though this one has more blue than usual due to its need to look different when compared to its color variants, the Marsfour and Veetwo Gundams. In case you’ve forgotten, the Earthree Gundam is a combination of the Core Gundam and the Earth Armor, with the latter’s vestige seen at the back. 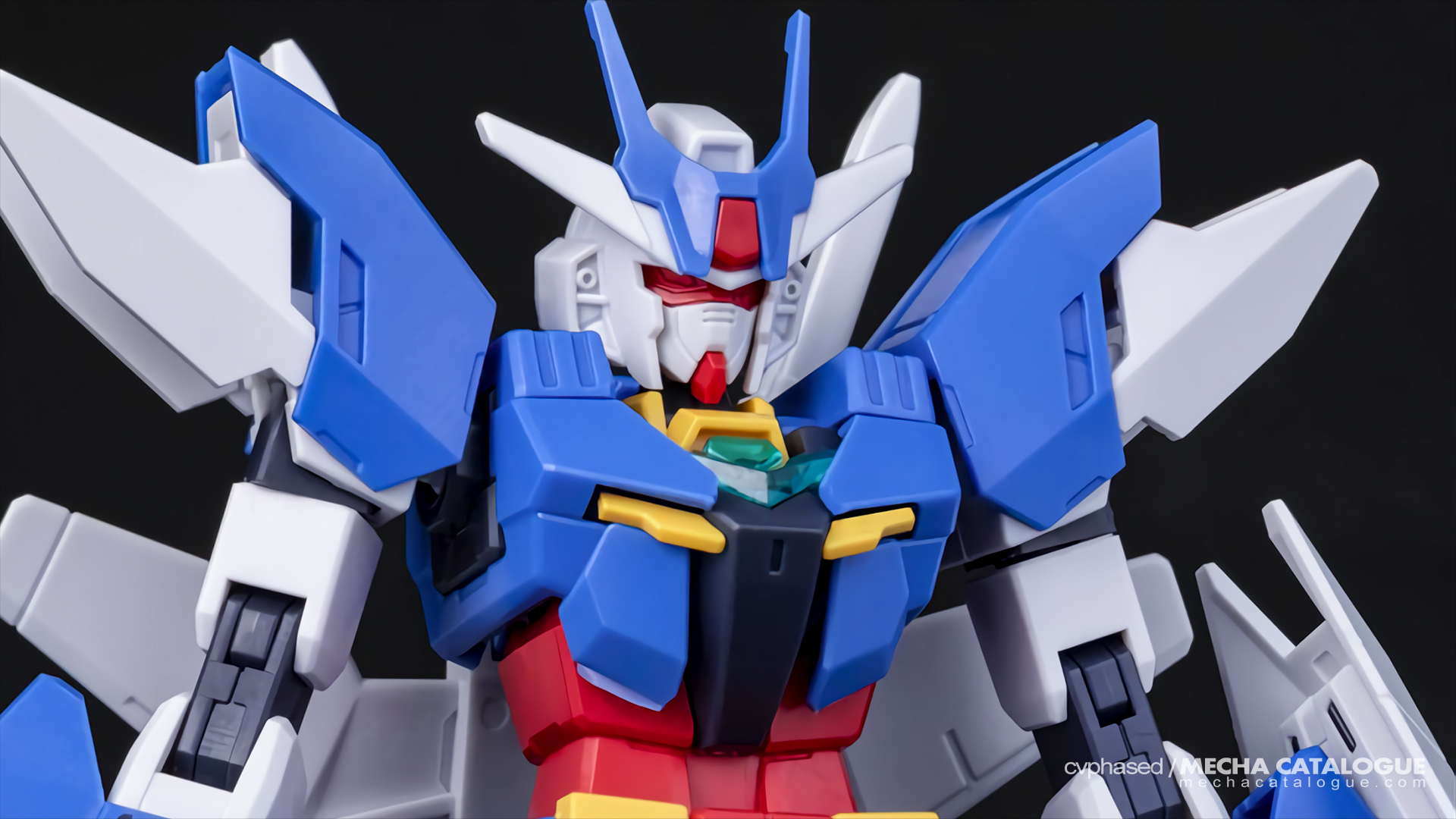 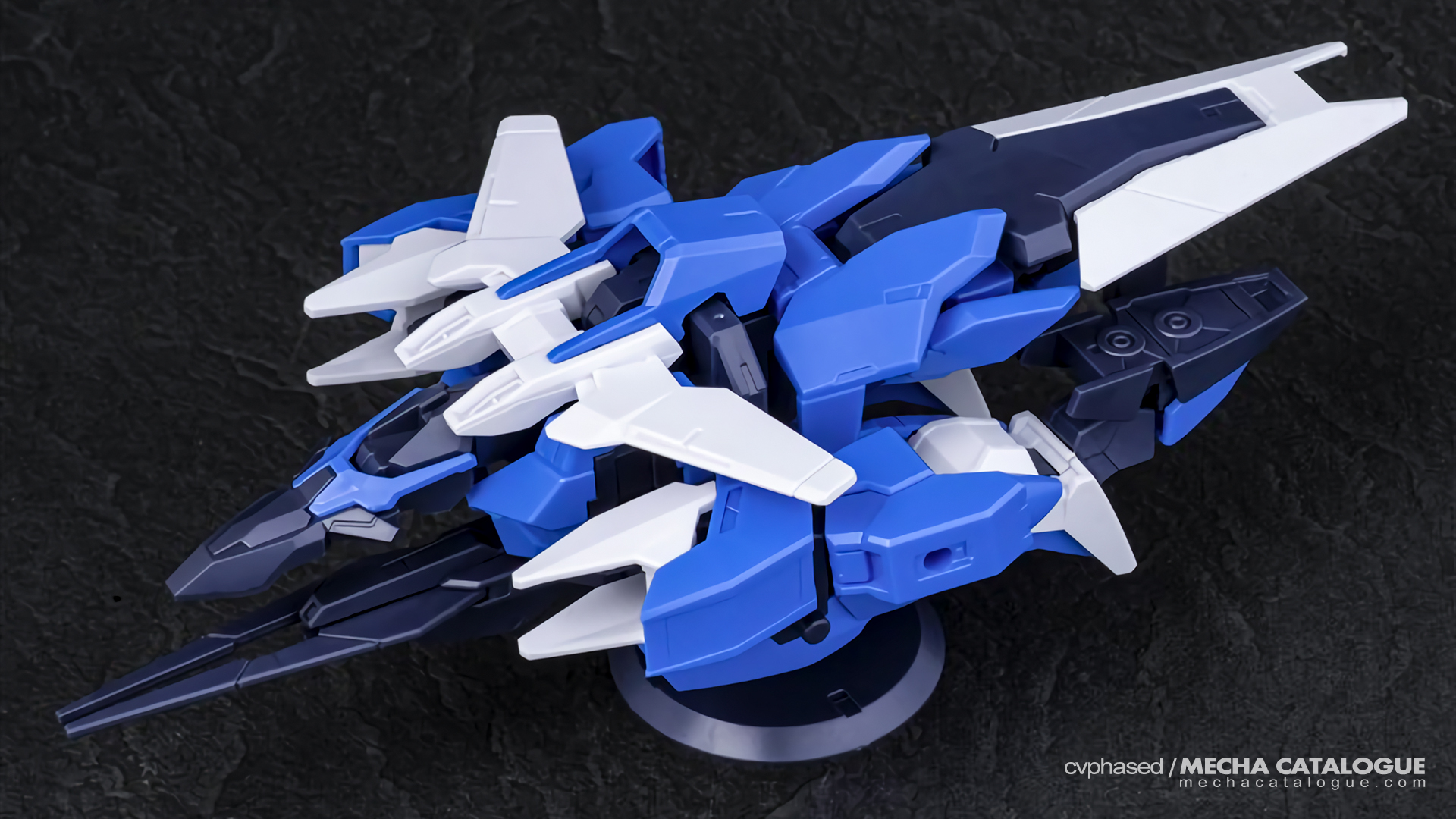 Speaking of the Earth Armor, this is how it looks like when not docked with the Core Gundam. Various bits of the mobile suit mode are seen but has the benefit of not looking like the Gundam is in some odd position since it doesn’t really transform into one. 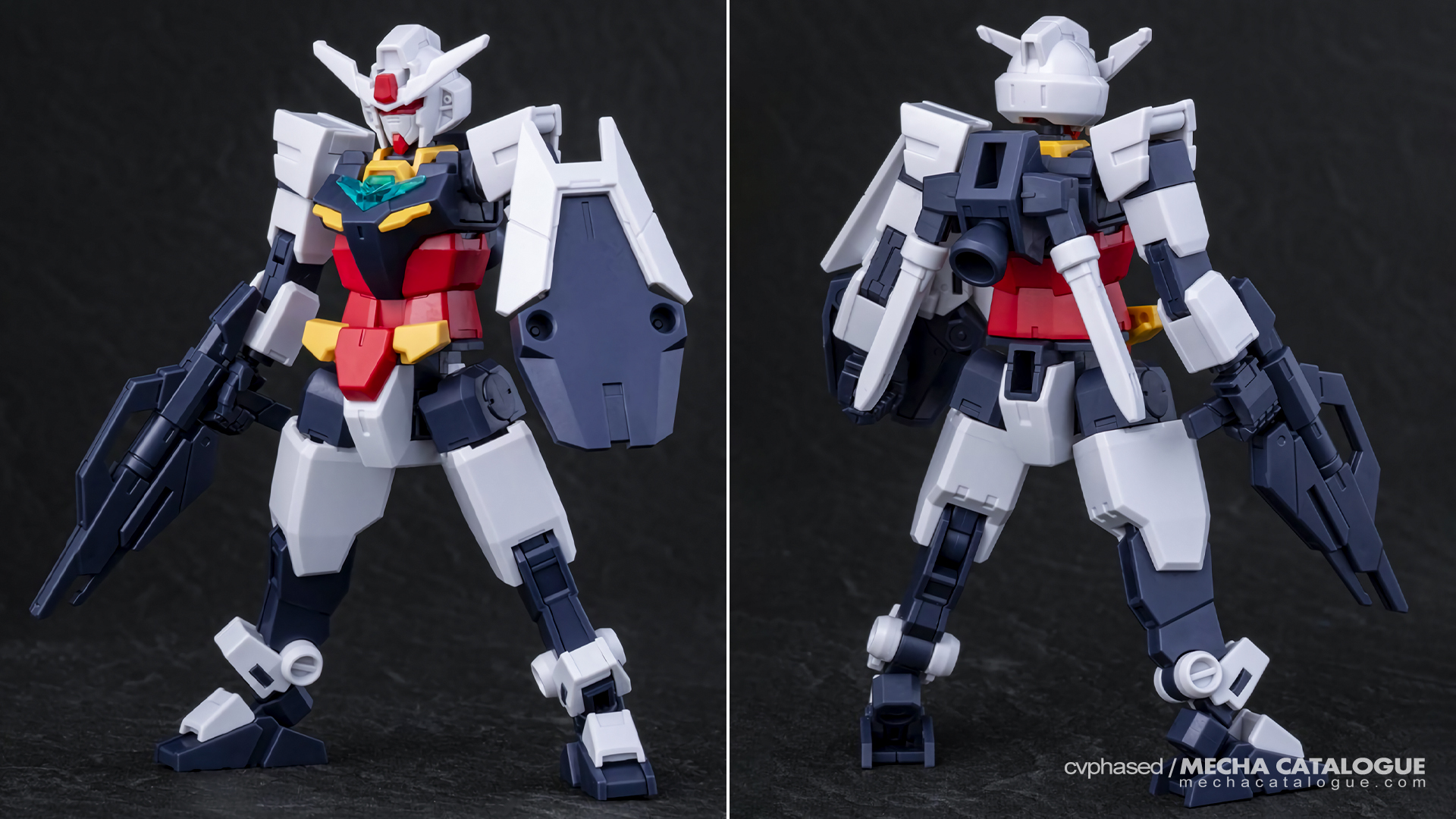 On the other hand, this is how the Core Gundam looks on its own. I am not going to comment on its gaudy proportions since that has been discussed to death during its reveal. Looking at it alone, you can have a good idea of the transformation involved to turn it into the Earthree Gundam with the Earth Armor. Outside the normal torso unit proportions, the arms are shorter without the lower forearms while the legs are mostly the knee joint with a foot attached. It really looks like a kid Gundam in my opinion and I’m hoping the series goes meta and acknowledges how it looks as well. 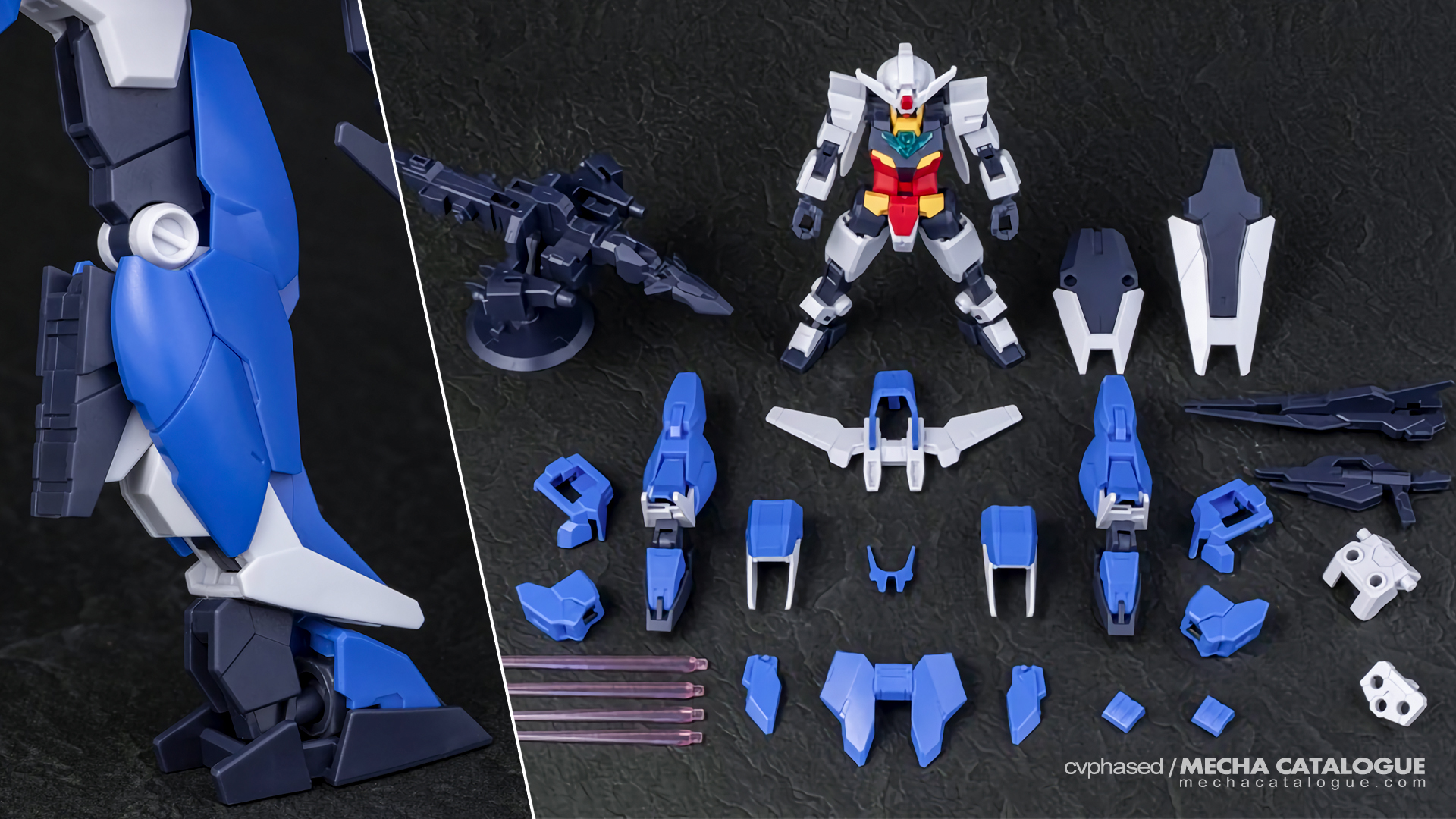 Finally, this is how the Earth Armor breaks up into armor pieces that combine with the Core Gundam. You can also see the inner "mechanics" left from the Earth Armor after all the armor parts are purged. Given my disdain over breaking the whole thing for the sake of transformation, I’ll probably get two copies of this kit — one to keep as the Earthree Gundam while the other as the separated Core Gundam and Earth Armor.

I don’t find the design to be the one of the better ones, but I do appreciate what they’re trying to do to change things. And on that note, the mid-season upgrade will probably be a Mark II of the Earth Armor or something. So while, I’m primarily getting this guy because it’s a lead Gundam, my opinion of it can change for the better depending on how it’s used in the series.