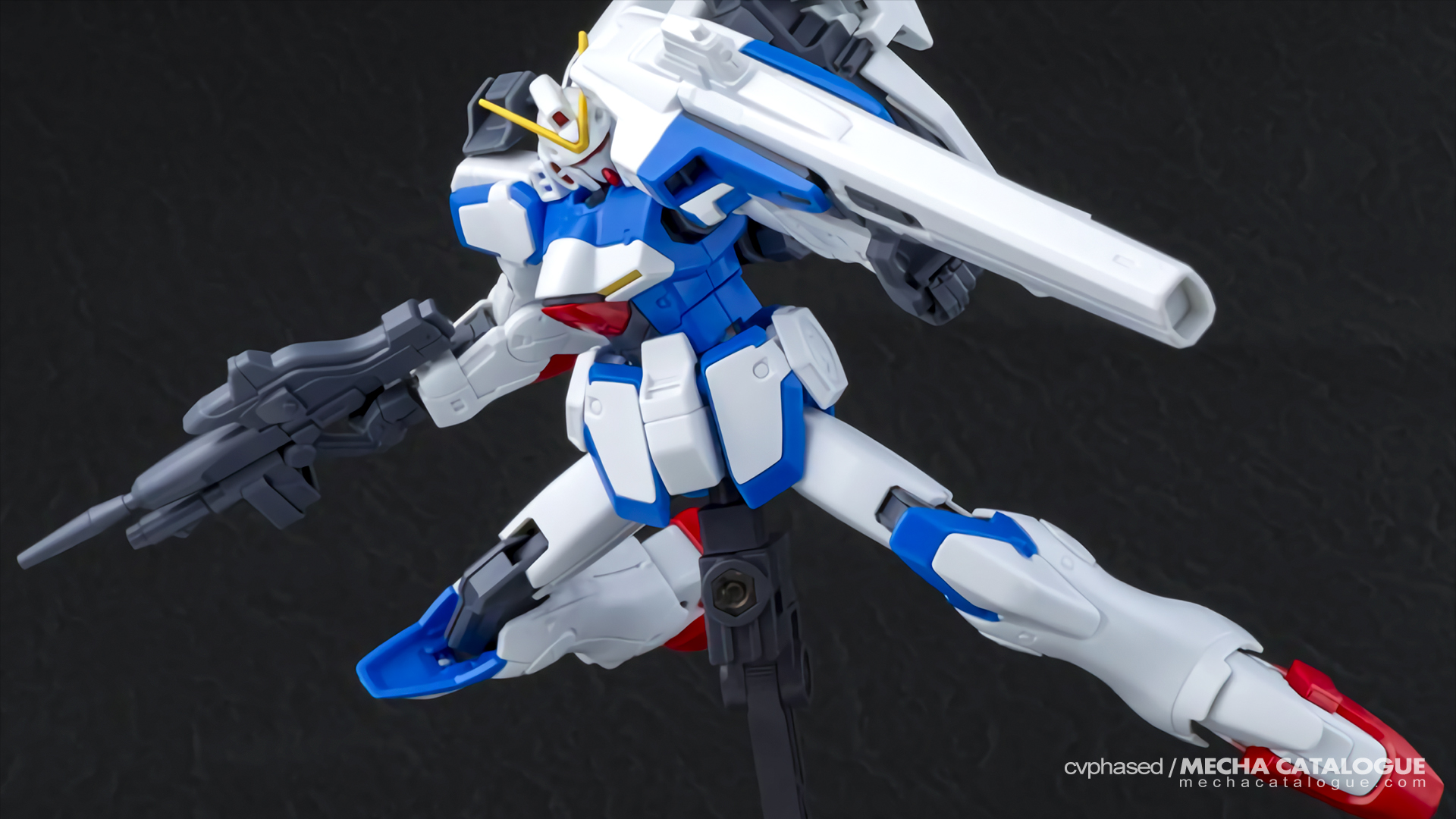 Next kit that had a straight build preview c/o Dengeki Hobby Web, and I’ll be sharing my unsolicited thoughts, is the Premium Bandai exclusive HGUC Second V from the Mobile Suit V Gundam novelization. I am currently finishing mg HGUC Victory Gundam and Victory Gundam Hexa builds so the engineering and build process is still very familiar. Especially in comparison to the changes that they made with the core mobile suit. Here we go! 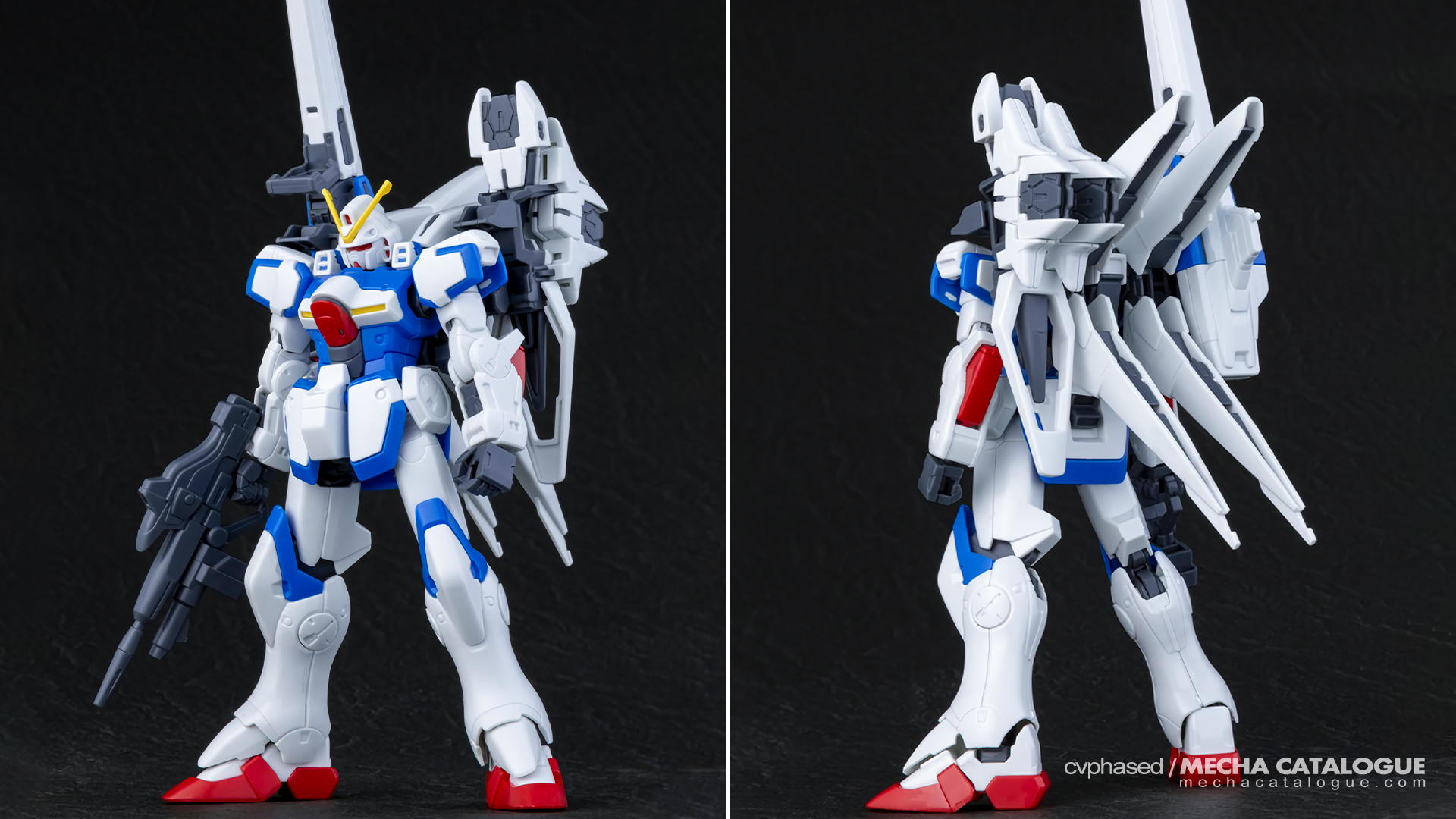 This is how the HGUC Second V would look built out of the box. Immediately noticeable are the additional parts in the torso, shoulder, and leg units. Zooming in the torso, the two vent sections on the shoulder areas now have additional white front panels, providing easier access to paint black details inside. The cockpit hatch has two small slots to reveal inner gray bits and provide additional details. The Minovsky Drive System is located at the rear side and, as you can see in these images, also has gray parts for internal mechanisms. That said, the basic articulation remains the same. 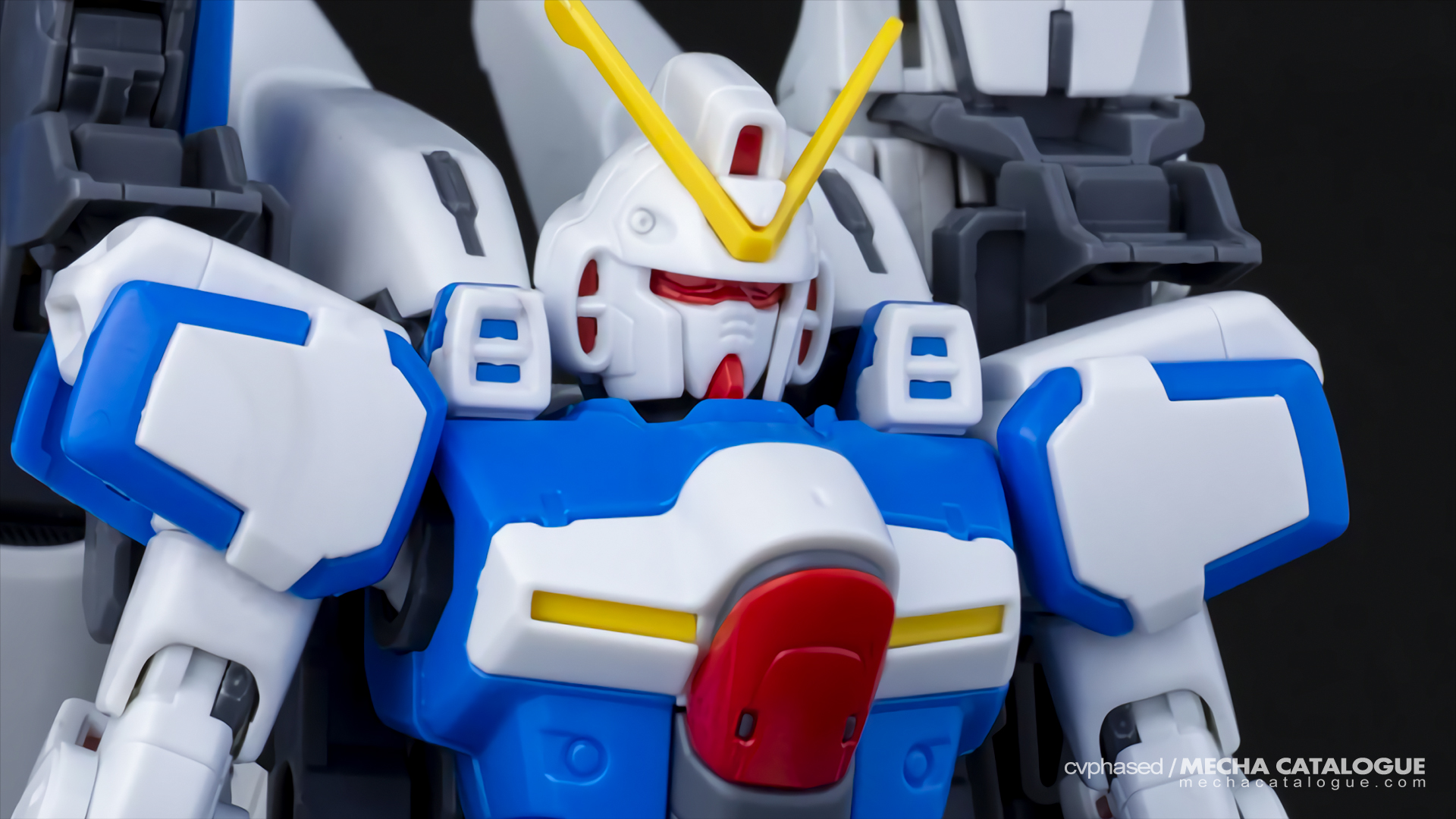 Here’s a close up look at the head and upper parts of the mobile suit. Aside from the additional vent parts, the shoulder armors now have additional blue pieces which were previously single white pieces. The red parts for the head unit now extends to the main camera and the side vents allowing for easier painting. 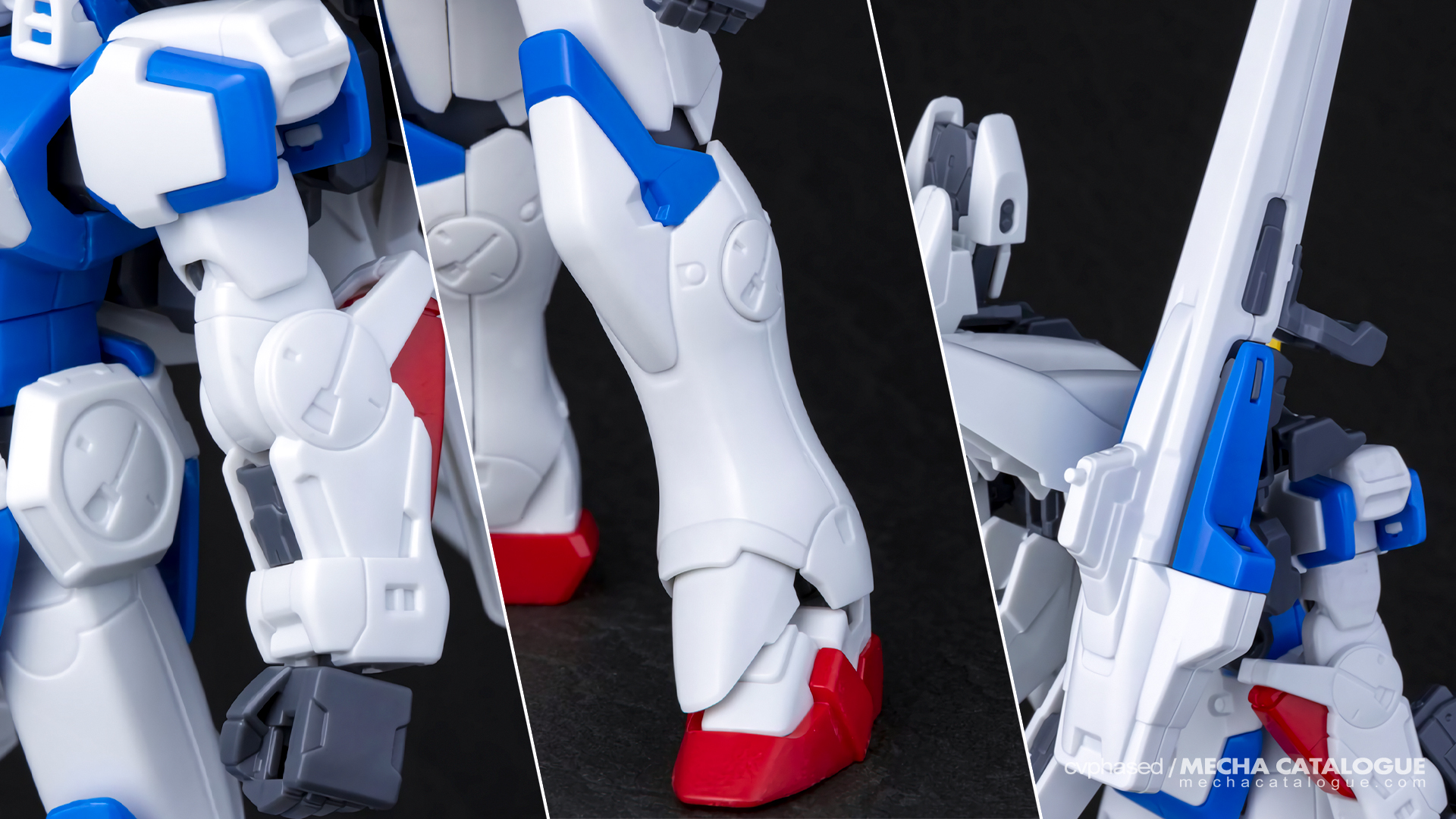 Aside from the shoulder armors, the knee armors also got additional blue parts. Because the Second V is an upgrade unit meant to replace the Victory Two Gundam in the novelization, some parts of the latter were carried over to the Second V. Chief of these were the elbow joints coupled with new forearm parts, same is true with the feet as well. 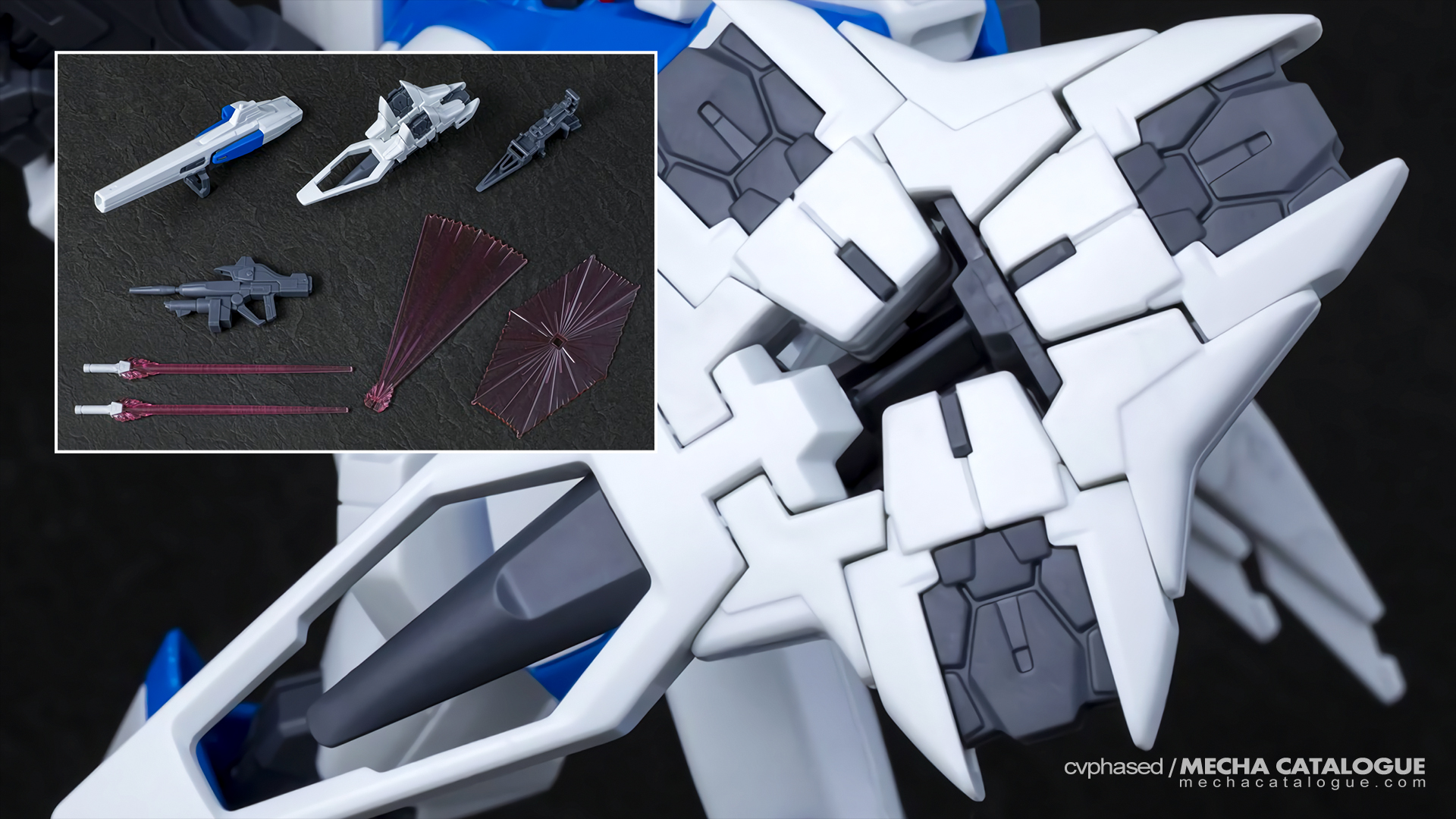 What really makes me look forward to this kit is the fact that it’s a pseudo 2.0 of a relatively recent High Grade kit. Unfortunately it’s Premium Bandai so you really can’t build vanilla Victory Gundams without paying the more premium price tag. Still looking forward to building this guy especially after (almost) finishing my couple of Victory Gundam kits.