Initially started last January, I am finally getting around to finishing this twin build, and why I’m building two. 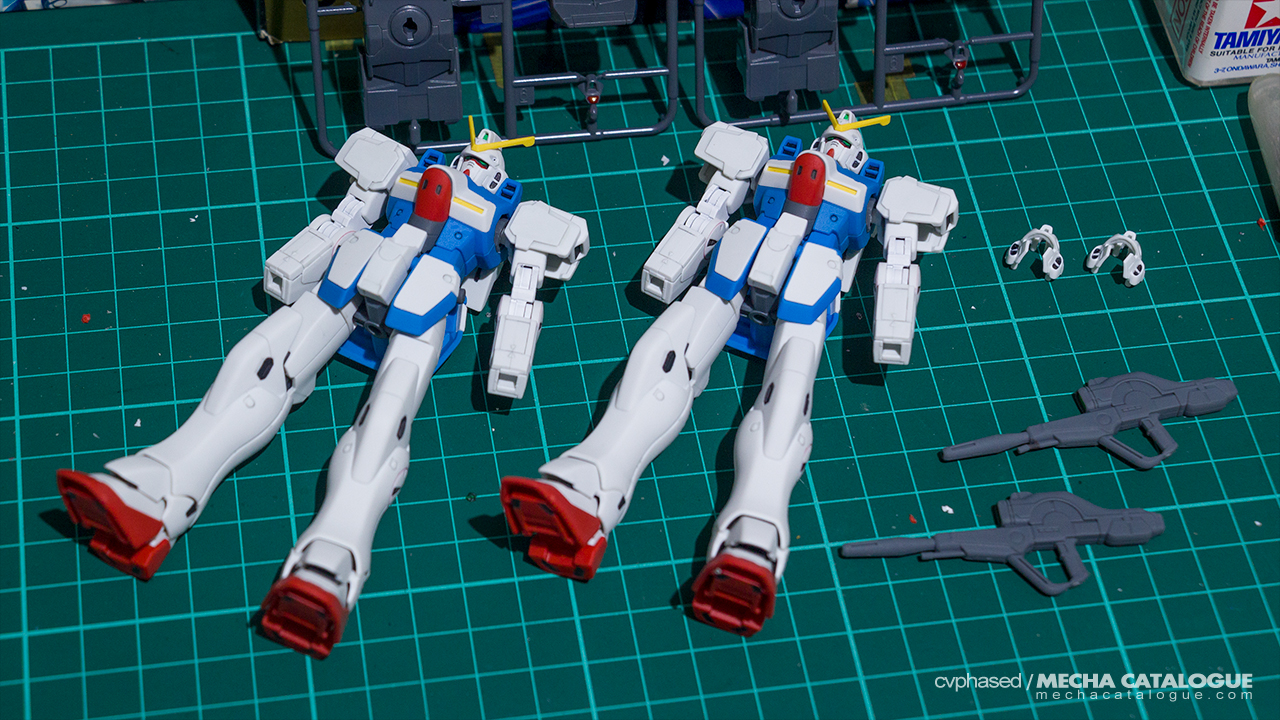 Besides the manipulators, the only stuff that I need to build is the Core Top unit. And on that note, I just want to comment on the build itself. It is easy though the thing is you’ll need to do a lot of detail painting particularly on the vents and those small ticks all over the mobile suit. This made me really appreciate the small changes seen in the upcoming HGUC Second V kit.

Once done, I am resuming build on the HGUC Narrative Gundam A-Packs.