I am still waiting and very much excited with Action Toys’ Mini Action Series figures, with the initial wave including Com-Battler V, Voltes V, and Daimos. And just when I thought I finally have good representations of those three machines for my collection, Bandai steps in with this thing. 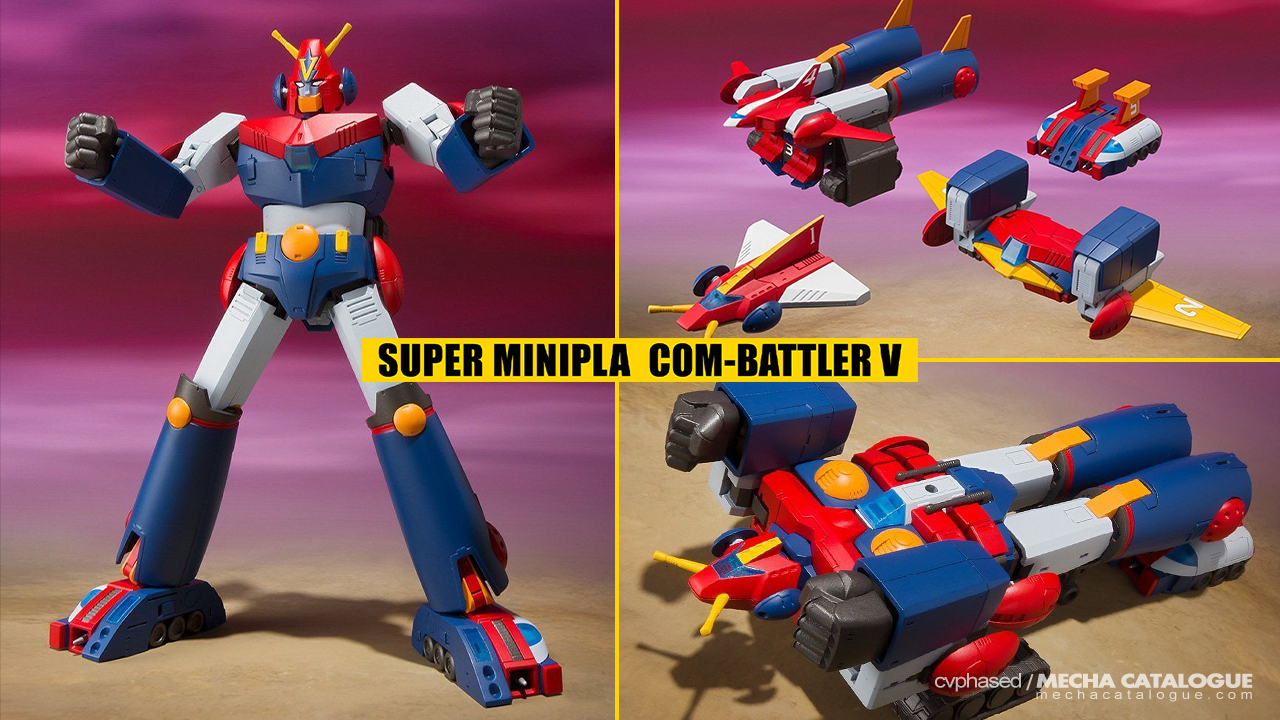 The next machine to be featured as a Super Minipla kit is Com-Battler V, and it is getting quite the love recently with all these releases. When combined, Com-Battler V stands at around 180 mm which is the typical height of combining Super Minipla kits. Being a model kit, the combination gimmick requires the use of specialized parts (e.g. a replacement head unit).

By the way, I’m still going with the Mini Action Series version, but if there’s one thing the Super Minipla has over the former, it’s the amount of accessories included, and then there’s the option parts set. 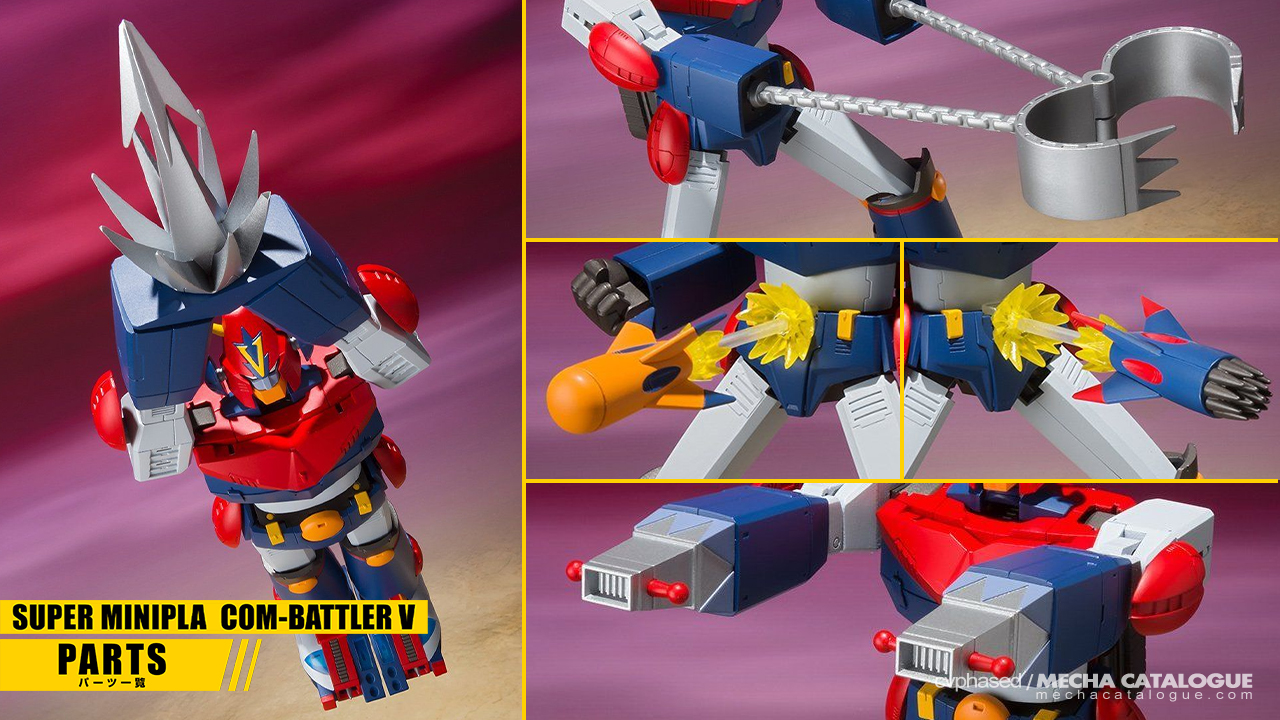 Most super robots are equipped with a ridiculous amount of weapons, and Com-Battler V is no exception. So much so that Bandai decided to release them as a separate option parts set, and includes parts to build the following:

The set will also come with a base to display Com-Battler V combined and during mid-combination. 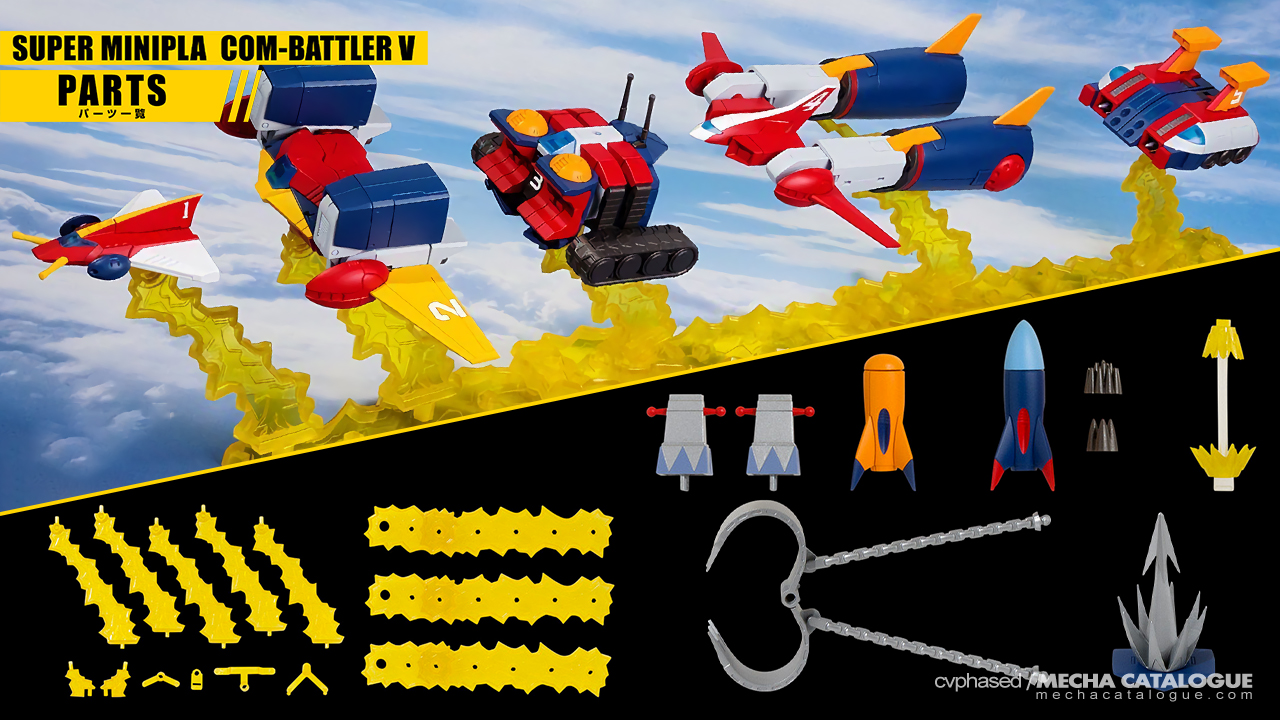 By the way, both sets are Premium Bandai exclusives and you know how quickly these sell out once pre-orders open.