Before anything, Bandai Spirits also dropped new solicitation images for the MG Wing Gundam EW Ver.Ka, but I found this thing a lot more interesting. So far, Tamashii Nations has been going a great job translating various SD Gundam designs into their Real Types. And while I still need to do a lot of catch up on these figures, they’ve just announced the next one and it’s one intimidating monster, literally. 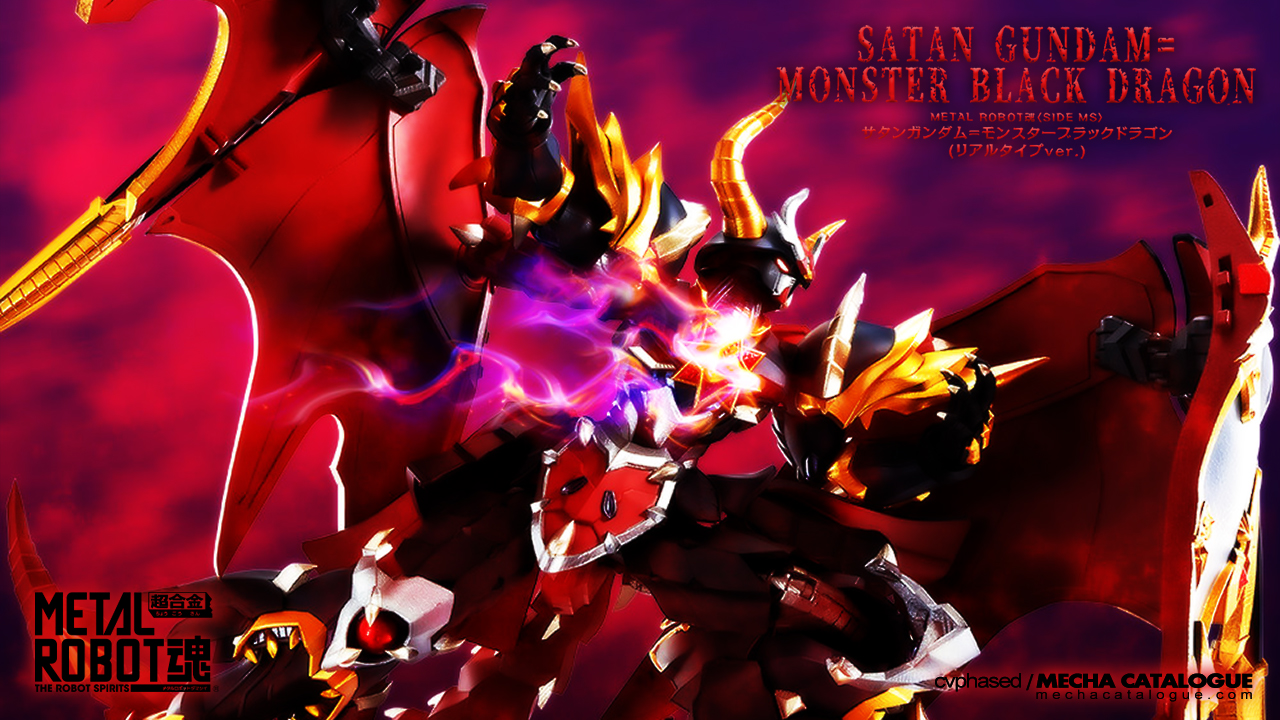 Appearing from SD Gundam Gaiden is what I assume to the main bad guy, this is the Metal Robot Spirits ⟨Side MS⟩ Satan Gundam = Monster Black Dragon [Real Type]. Yes, that’s a long name, but there’s a valid reason for this. 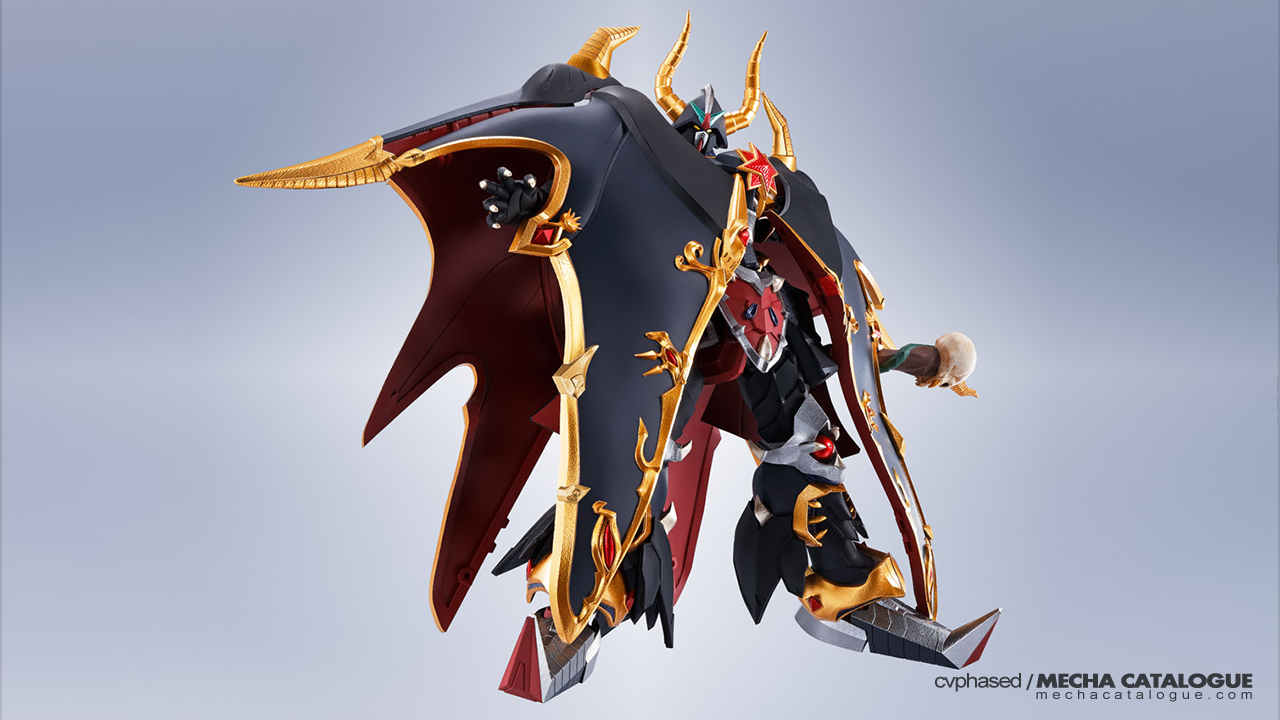 As mentioned, I have no clue of the source fiction, but this guy apparently has two forms. First is the Satan Gundam which is this ornamented cloak-wearing black Gundam that appears to be a voodoo shaman or something. I’m quite sure it looked funny as an SD design but definitely appears more intimidating with its real proportions. It even looks more intimidating when transformed into its second form, which involves some parts replacement as shown here. 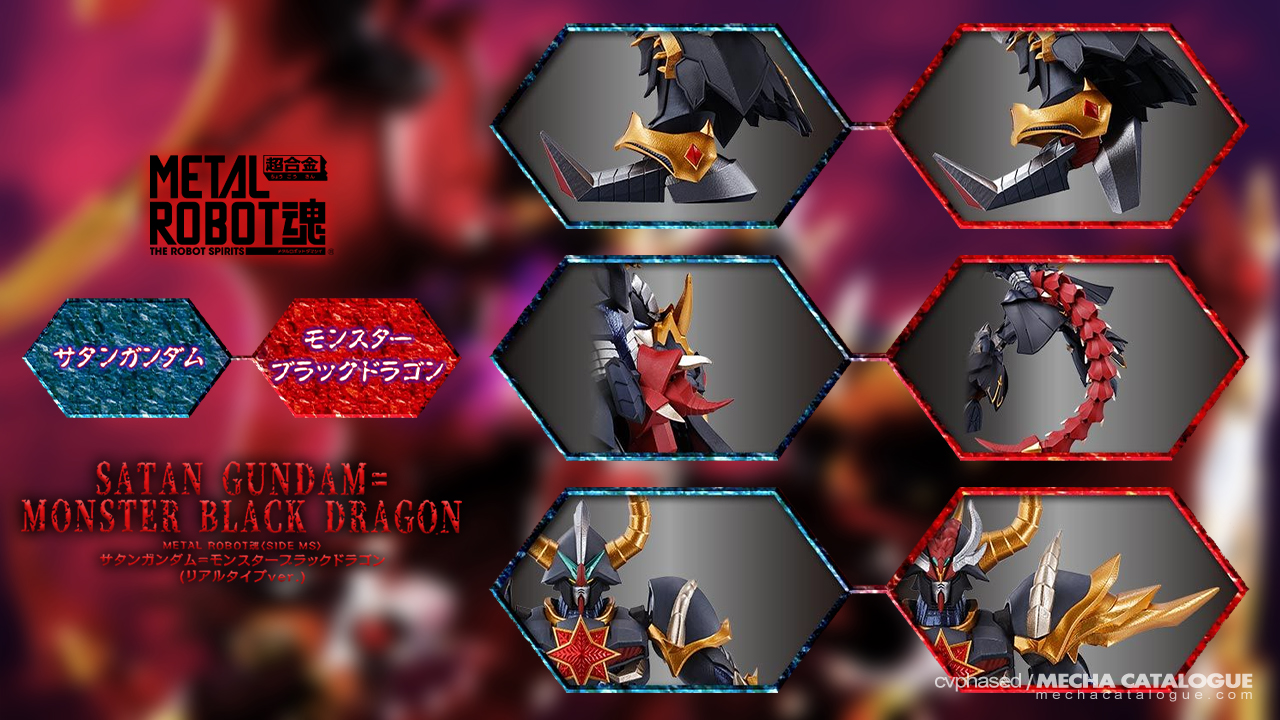 Foregoing any mechanical realism, the heels fold out, and replacement parts are used on the rear armor to include a fully grown tail unit, new shoulder armors, and a fiercer head unit. Oh, all of them have more spikes too. These results in its much more monstrous form. 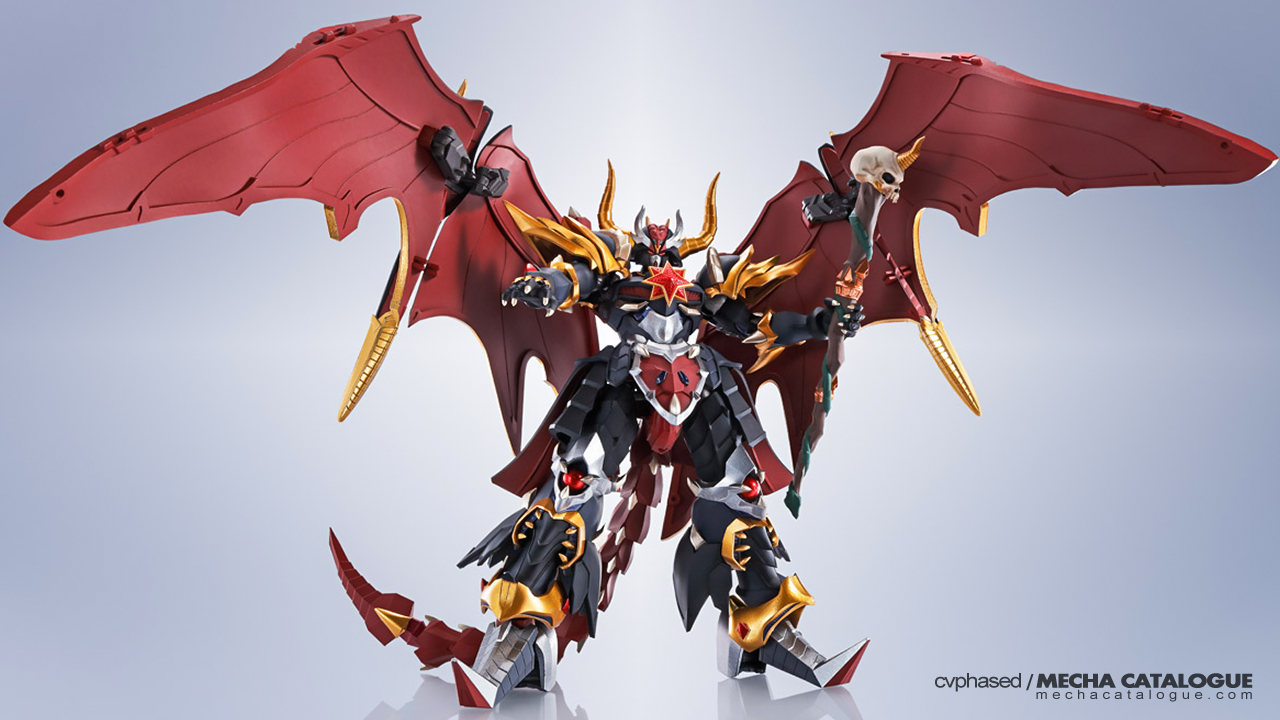 Here is Monster Black Dragon wielding its only handheld weapon, the Devil’s Wand. The folding out wing motif is totally reminiscent of Gundam Deathscythe Hell EW though this goes back much earlier. The transformation adds an additional centimeter high bringing this figure to 15 cm and with much more spikes. Like previous releases, this contains die cast materials on the inner structure to provide stability in supporting those massive wings. And it will totally look great against a Metal Robot Spirits ⟨Side MS⟩ Knight Gundam. Man, I really need to pick up these figures.