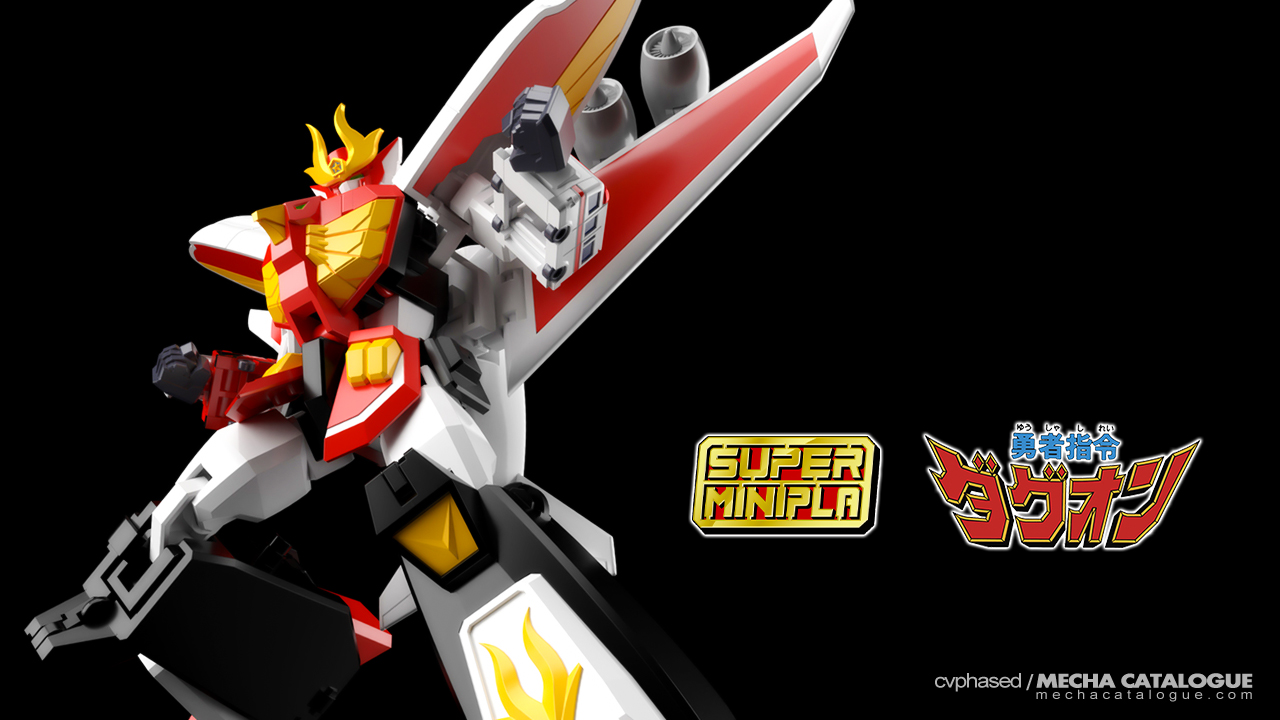 Bandai Candy has made a couple of announcements for the next Super Minipla releases. While I do think both kits are good choices, I’ll probably go with an offering from another manufacturer or product line. In any case, the first of these two announcements is the Super Minipla Fire Dagwon, the lead machine from 1996’s Brave Command Dagwon. 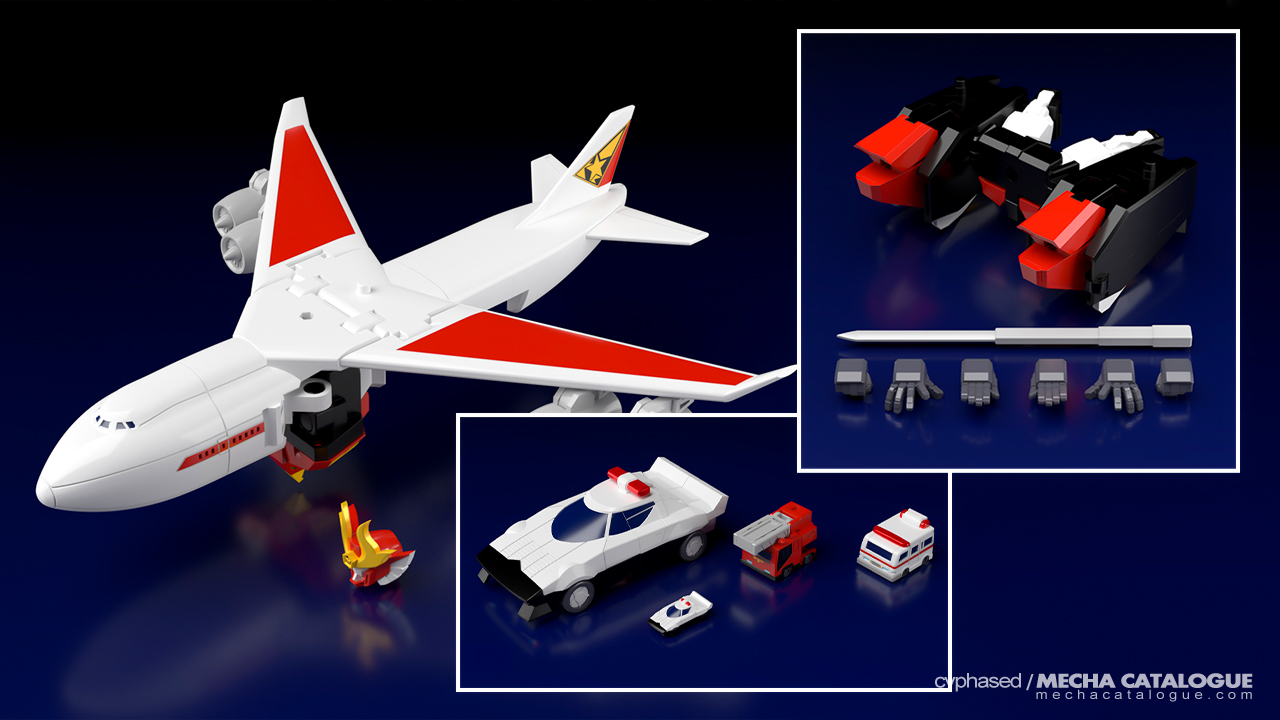 Being a Super Minipla release, you can buy the whole set or if you’re in Japan, buy the individual smaller boxes until you get all the needed parts. For Fire Dagwon, the parts will be split into three boxes. The first box has parts to build most of Fire Jumbo and the head unit of Fire Dagwon. The second box will contain the rest of Fire Jumbo, replacement manipulators, and accessories. The third box will then contain parts to build the subordinate units, Fire Ladder and Fire Rescue, an in-scale Fire Stratos in car mode, and an out-of-scale Fire Stratos that can transform and is fully articulated. 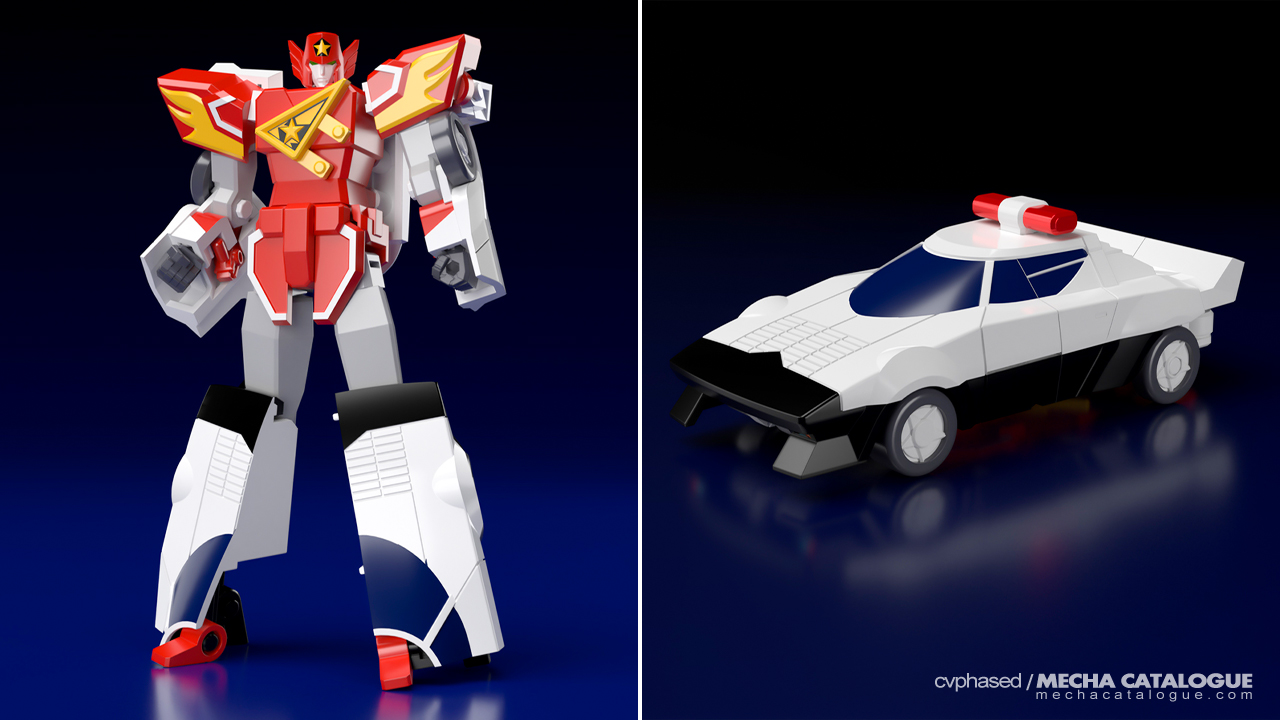 This is how Fire Stratos would look in both robot and car modes. Its transformation pattern is very similar to old school Transformers toys, with the front half of the car folding out to reveal the legs while the back half splits into the shoulder and arms, with the rest of the body contained in the middle section. As mentioned, this is fully articulated as well though you can only do so much when including a transformation feature. This is one of those cases where I prefer how Kotobukiya is doing their Brave Series kits, but more on that later. 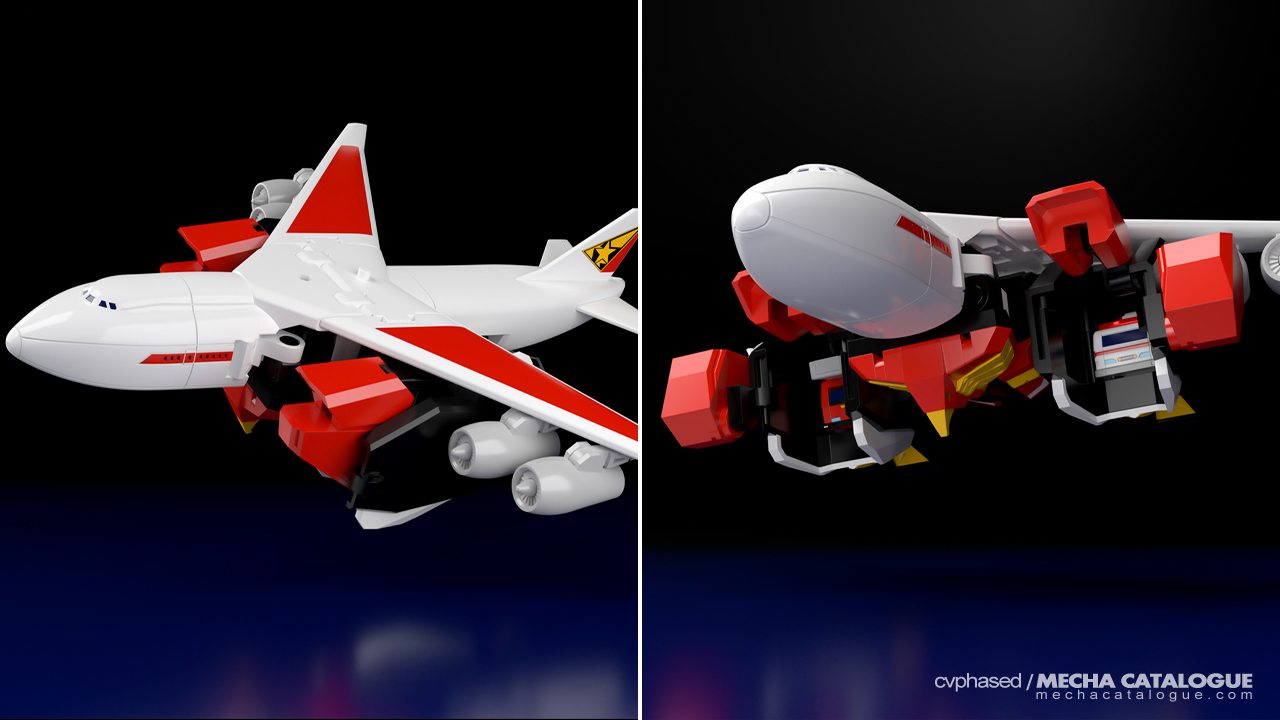 This is how the completed Fire Jumbo would look. And this easily looks like the laziest transformation scheme made for a Brave Series machine. Regardless, this kit recreates it perfectly and even includes compartments for both Fire Ladder and Fire Rescue. 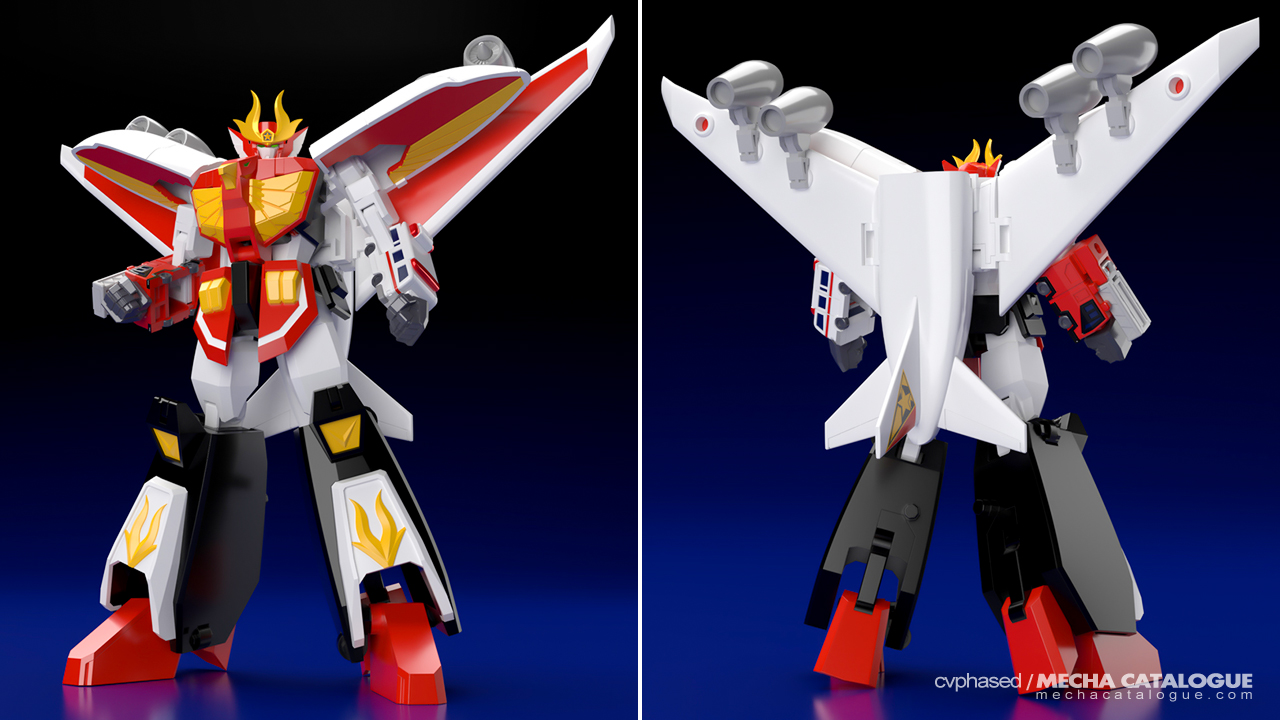 And this is how Fire Dagwon would look like, fully assembled and transformed, at least as CG renders. It does look really nice, although color accuracy of the actual kit is still up in the air. It also appears to have the essential points of articulation, which has always been a great selling point of these Super Minipla kits. Being able to integrate transformation and combination gimmicks while not compromising articulation.

And while I appreciate the clever engineering placed the design stages for these kits, I just don’t prefer complicated transformations for model kits. Case in point my tendency to buy multiple copies of Gunpla that has significant transformation features. This is why I really prefer what Kotobukiya is doing with their Brave Series kits. Foregoing and transformation and combination, they are just releasing kits of the combined forms with proper proportion and articulation. Now given that we are getting a Super Minipla Fire Dagwon, I’m not sure how long before Kotobukiya releases their own version. Or whether I should also get this in the meantime. 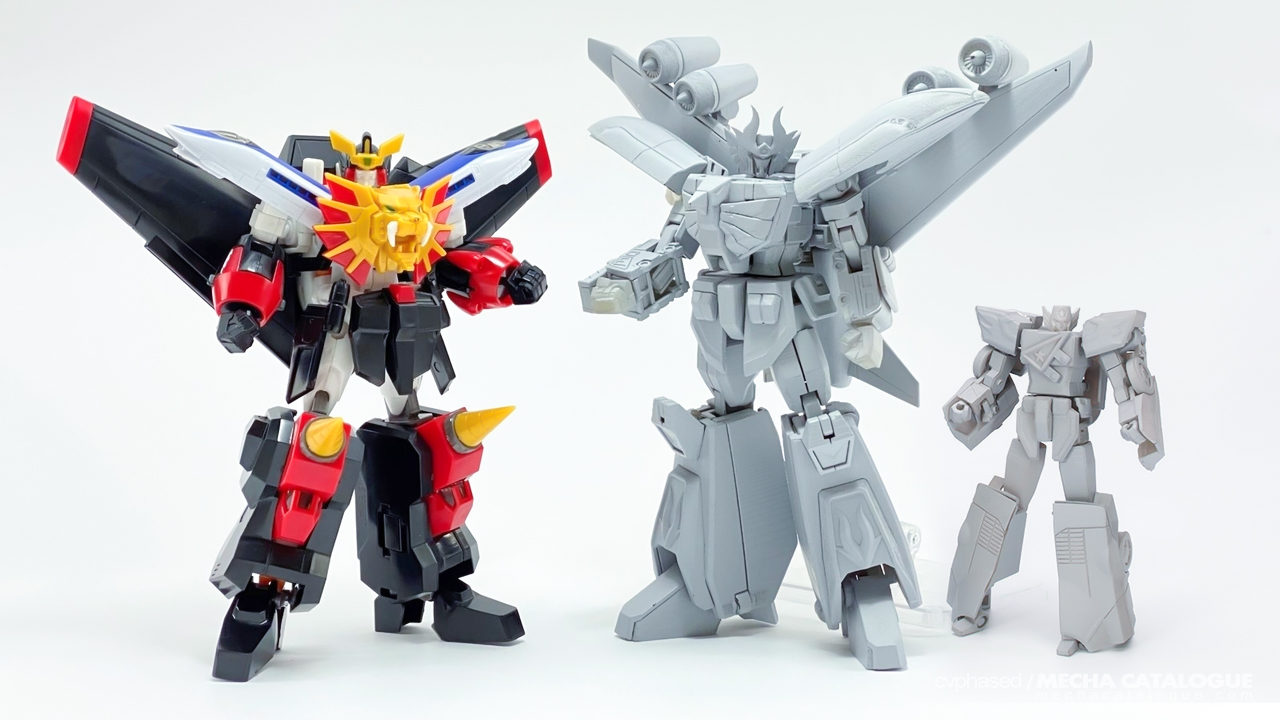 In any case, here’s a look at the gray prototypes of this set and how it scales with Super Minipla GaoGaiGar. Fire Dawgon has the same head height as GaoGaiGar though the jumbo jet wings provide a taller silhouette. Also shown is Fire Stratos in robot mode for scale as well. So yeah, whether I’ll get this set or not is still up in the air.