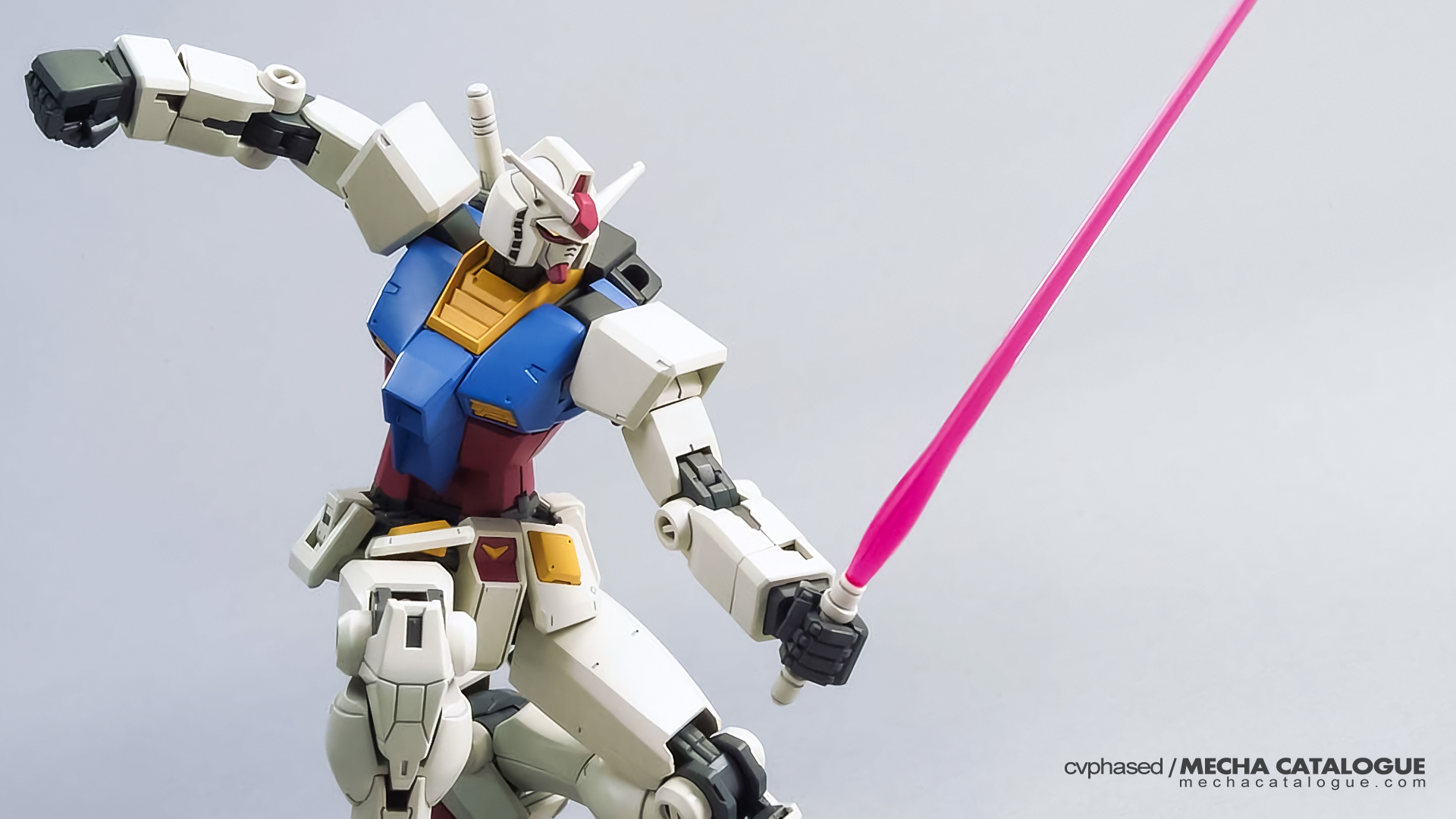 As I mentioned last week, I was totally expecting Bandai Spirits to release the full details of this kit during their Hobby Next Phase Week, but instead we got yet another 1/144 scale RX-78-2 Gundam reveal. Nevertheless, with the HG RX-78-2 Gundam [Beyond Global] hitting shelves this weekend, Bandai Spirits finally gave us the foll lowdown on how the kit looks and any other features it may have. 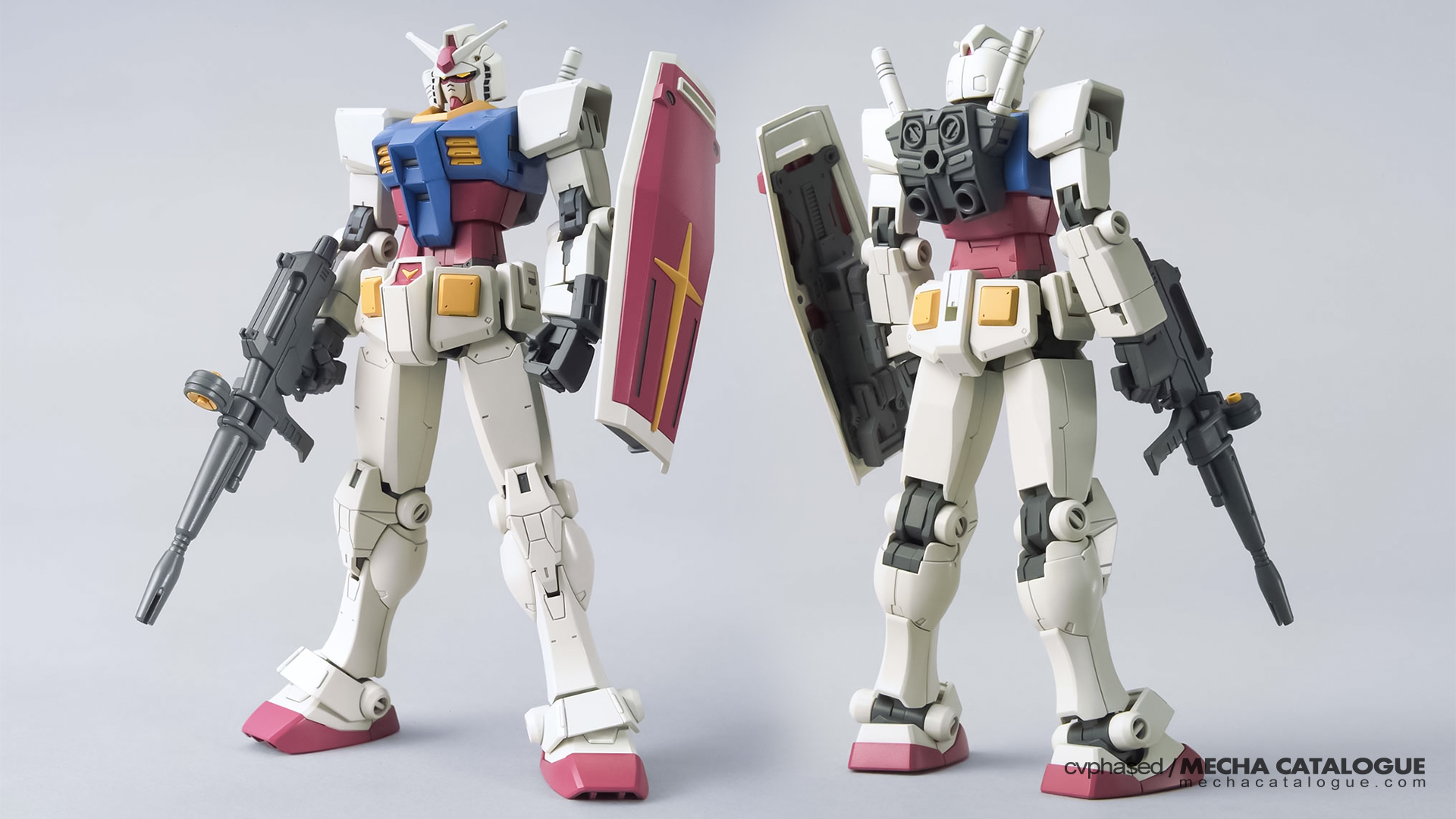 Here are some profile shots of this version of the RX-78-2 and it looks very stylized, almost like the HGBF GBN Base Gundam with its thinner proportions and angles. Especially those lower leg sections, I think this is the first time I’ve seen them this thin for an RX-78-2 design. The knee caps are very have panel lines that basically call back to those of the Master Grade 1.0 kit. And yes, it does have huge arms like the animation model. You’ll also notice that the joint assemblies are completely different from any previous High Grade kit. This, according to Bandai Spirits, is the culmination of engineering techniques they’ve accumulated over the years. 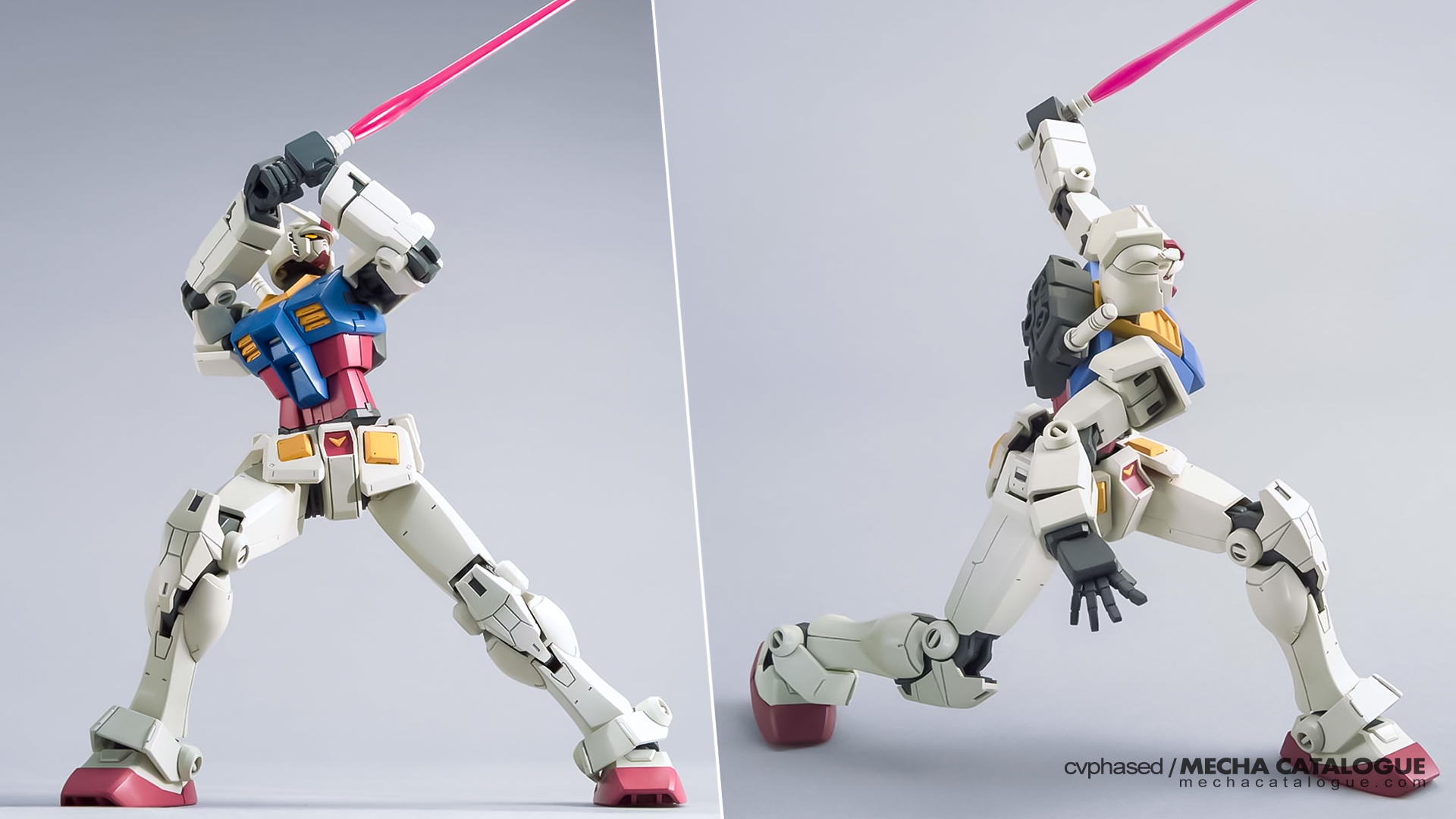 It doesn’t have Gundam G40 levels of articulation placements but it looks very poseable as seen in these shots. Also noticeable are those supplementary forearm joints that provide additional slight hinges to the wrist ball joint. 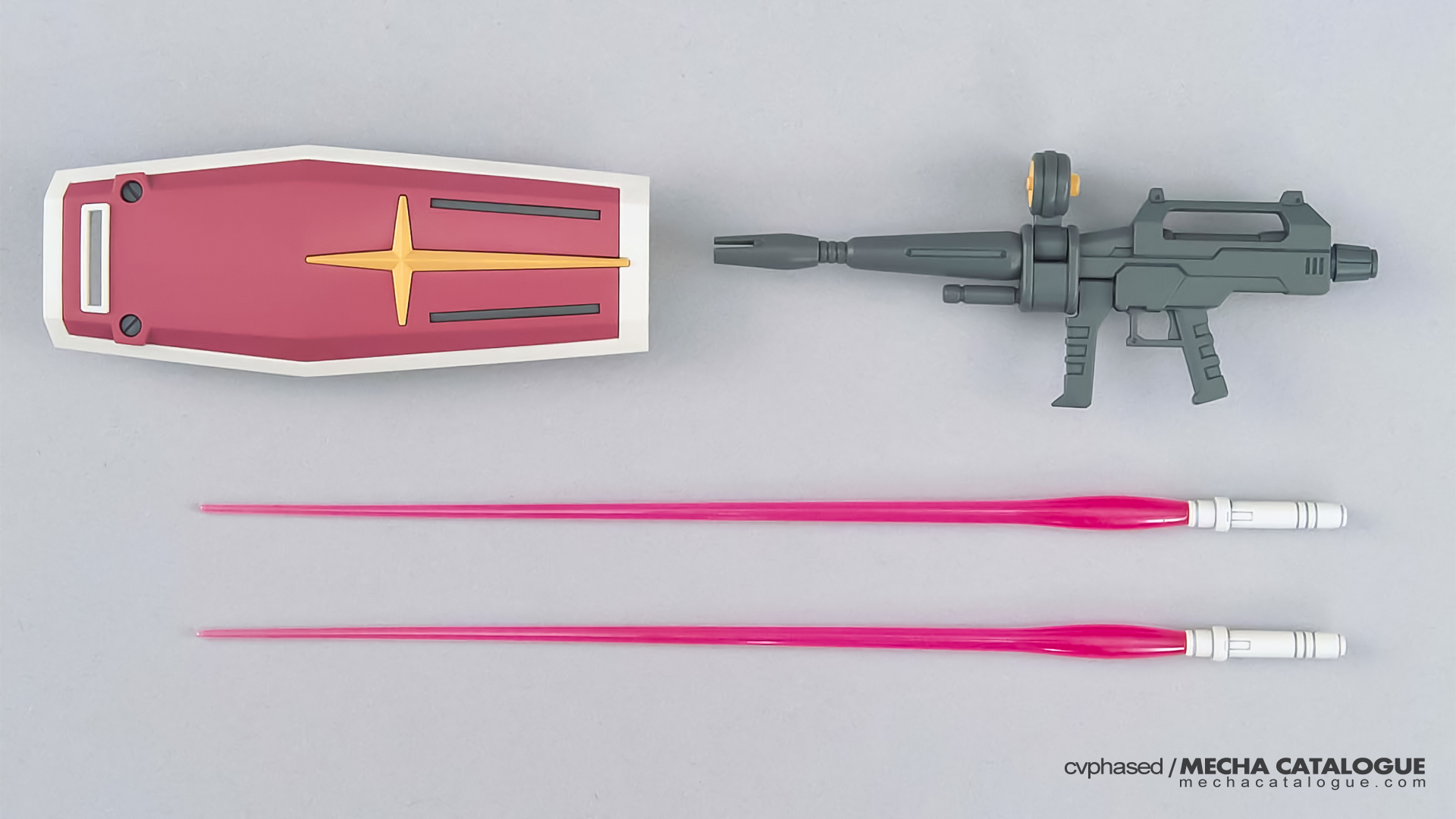 The kit includes the standard set of weapons as with previous RX-78-2 Gundam kits, with the noticeable difference only those gray strips on the shield. The scope on the beam rifle also appears to be a separate plastic piece. And of course, those long beam saber effect parts, probably taken from the Master Grade version. 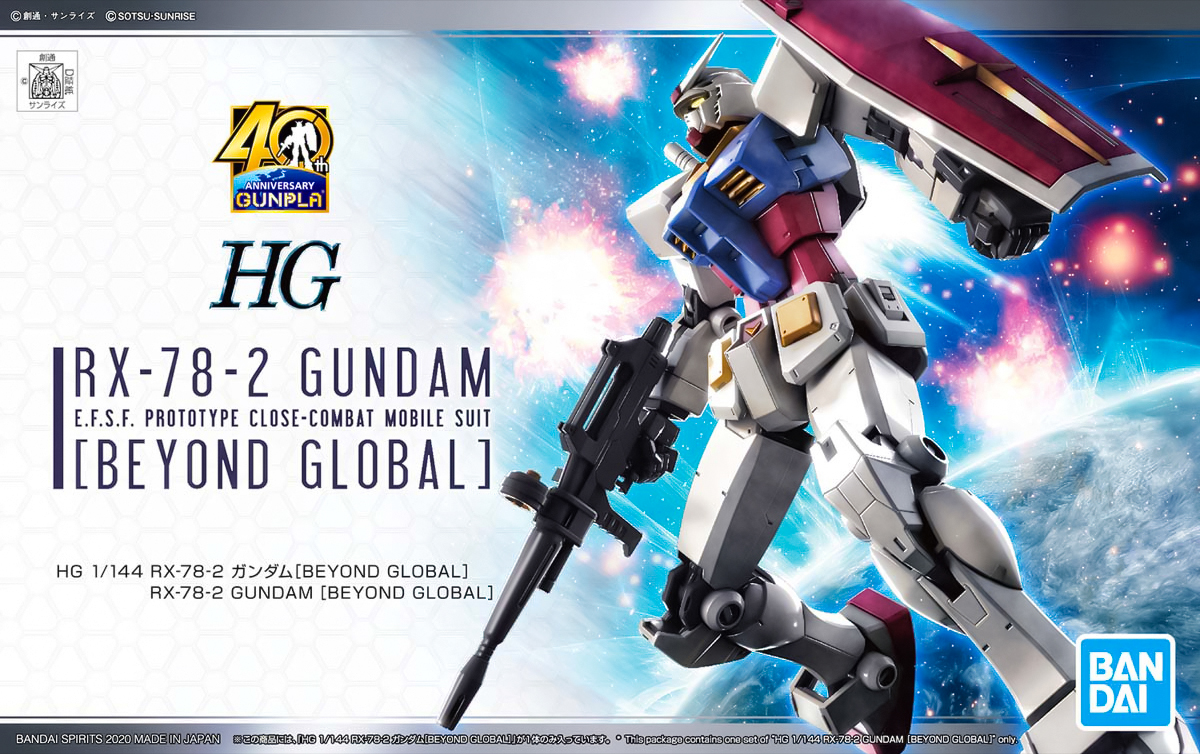 Finally, we have this beautiful packaging art which is a total contrast to the simple-yet-elegant one of the HG Gundam G40 kit. It does make me question on why they chose "Beyond Global" as the name of this version. Like where can you further go if it’s already beyond global? Semantics aside, I am definitely getting this kit, adding to the plethora of RX-78-2 Gundam kits I needed to build.

One thought on “HG RX-78-2 Gundam [Beyond Global]: Full Design Reveal and Details”