Bandai Spirits’ "Hobby Next Phase Week" continues with new kit announcements. This time around, from Go Nagai’s plethora of works, referred to as Dynamic Characters, is the next kit to get the HG Infinitism treatment. 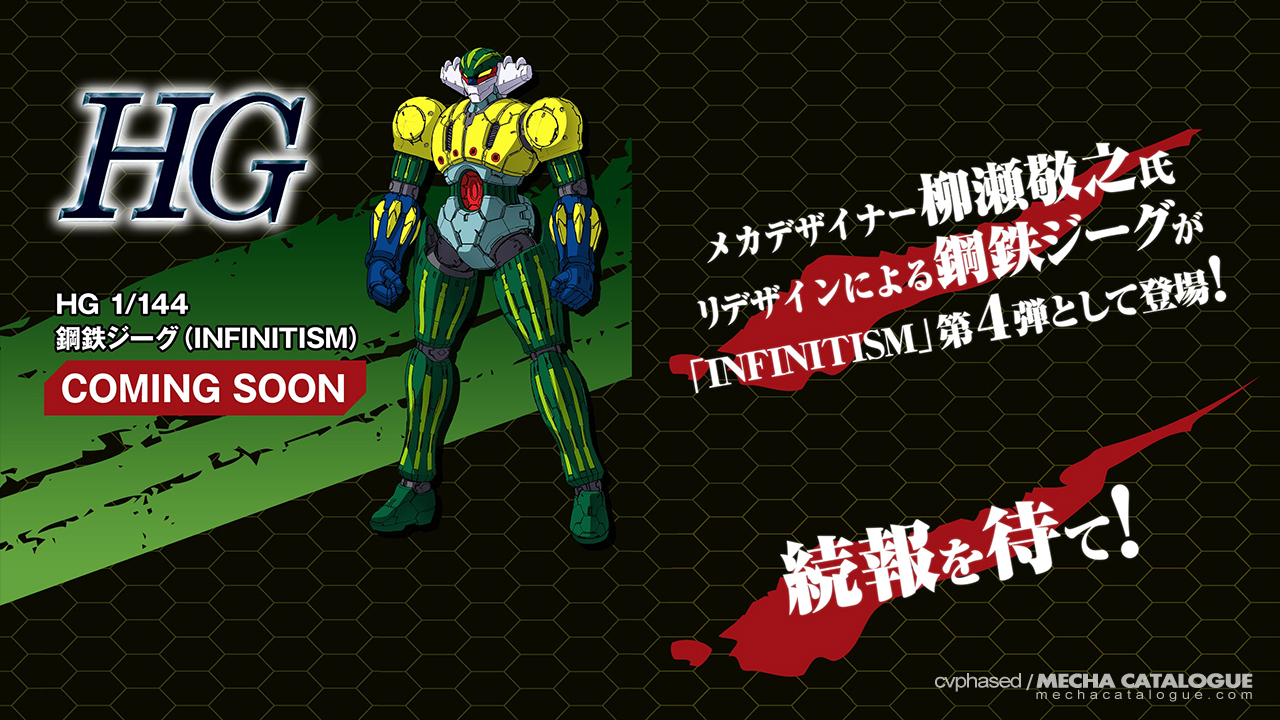 I initially though we’re now getting into the Getter Robo machines thanks to the previous HG Getter Dragon (Infinitism) announcement. But Bandai Spirits decided to go on a different direction with the announcement of the HG Kotetsu Jeeg (Infinitism) kit. Unlike the other announcements, we’re not getting a CG render of the kit, but we do get the design. Much like the other Infinitism kits, these are panel-heavy and realistic renditions of the otherwise very simple Go Nagai designs. 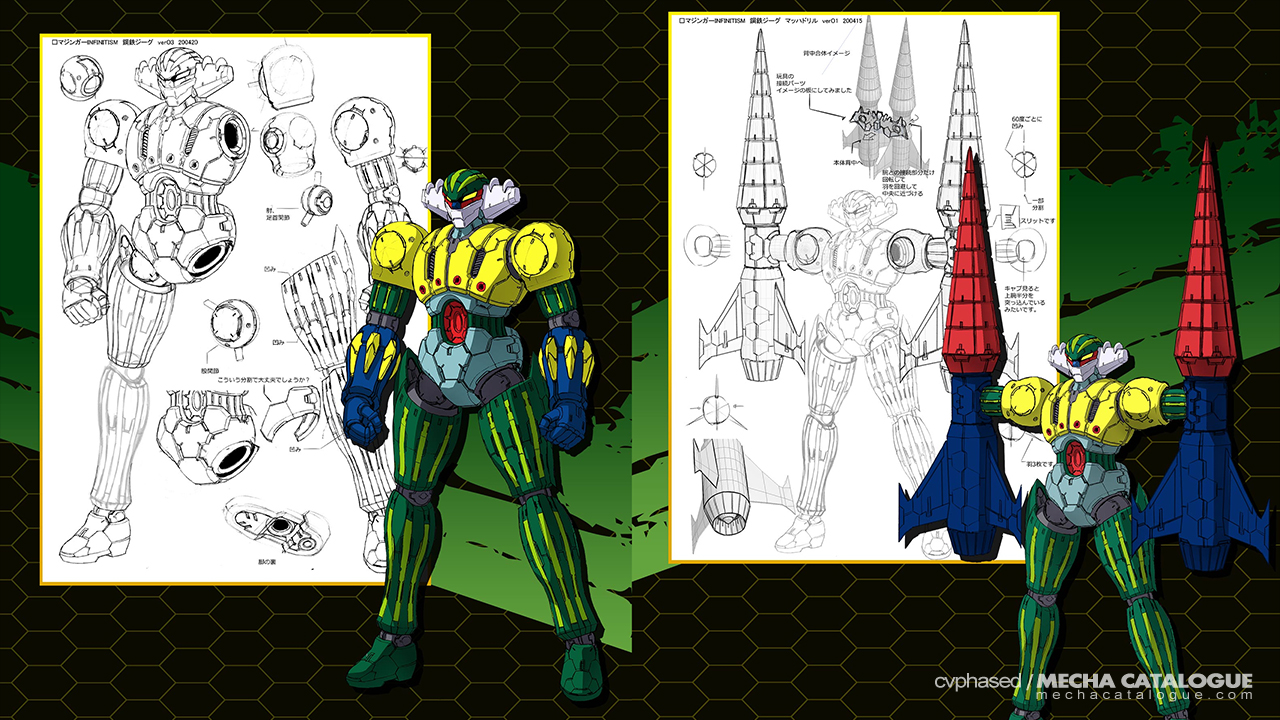 There’s no information on whether the kit will be replicating the more popular gimmicks of Kotetsu Jeeg, including the transforming head unit or its modular assembly. But it does show that one of its main replacement weapons, known as Jeeg Parts, is on the planning stages. Seen here is the Mach Drill, a pair of drill attachments replacing the arms of Jeeg.

After doing some research, I also found out that Jeeg stands at just 11 meters tall. While these HG Infinitism kits are 1/144 scale, I don’t think they’ll do a kit smaller than the HGUC Victory Gundam for this guy. Much like the HG Mazinger Z (Infinitism) kit, they’ll probably make adjustments to the dimesions.

No release information has been made as of this announcement.