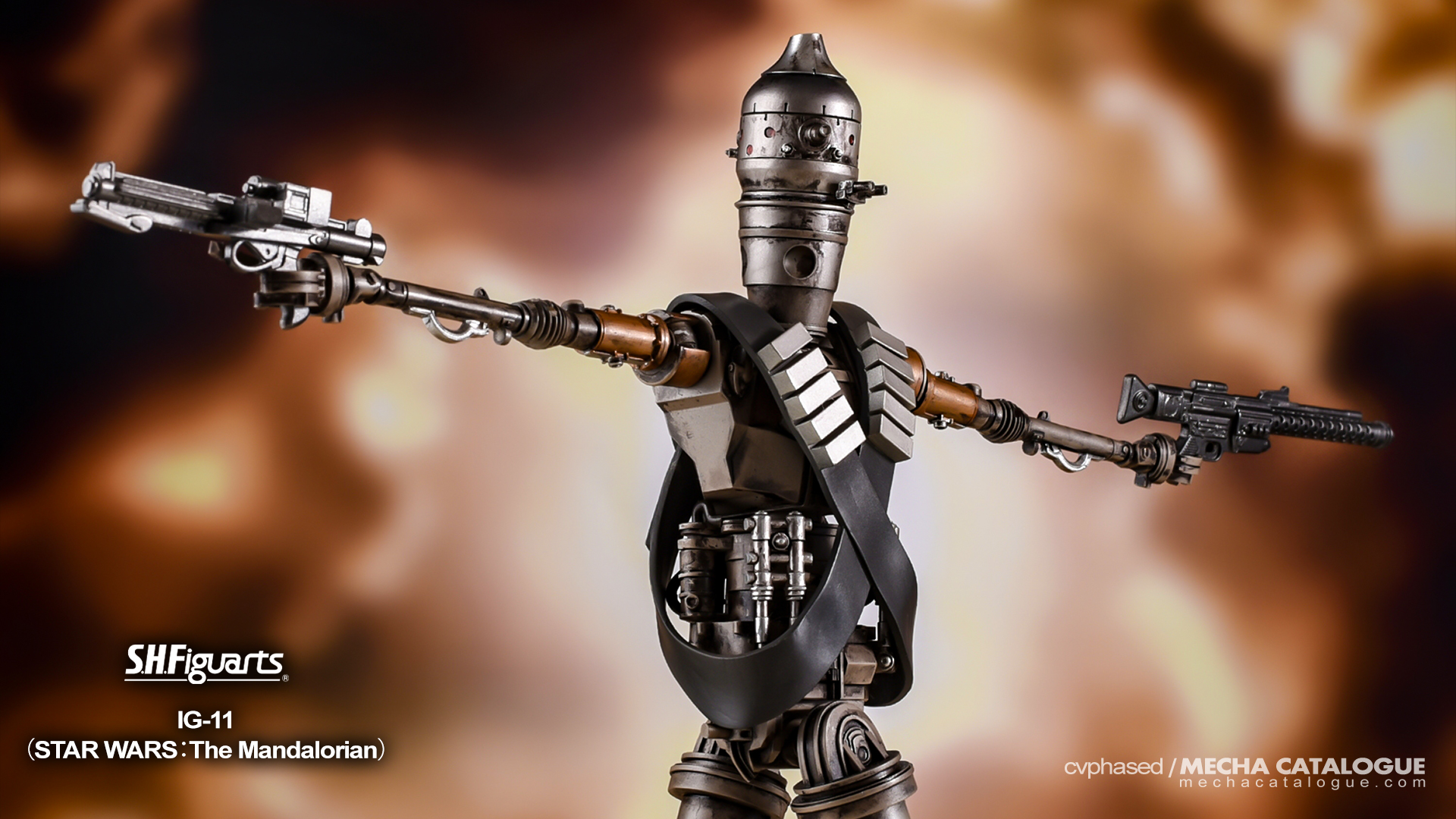 The second figure being offered in Tamashii Nations’ "Cine Toy Spirits" launch is something we’ve seen in previous shows as well. This is the S.H.Figuarts IG-11 from the Disney+ exclusive series The Mandalorian. Because there’s always space for S.H.Figuarts droids on my shelf. 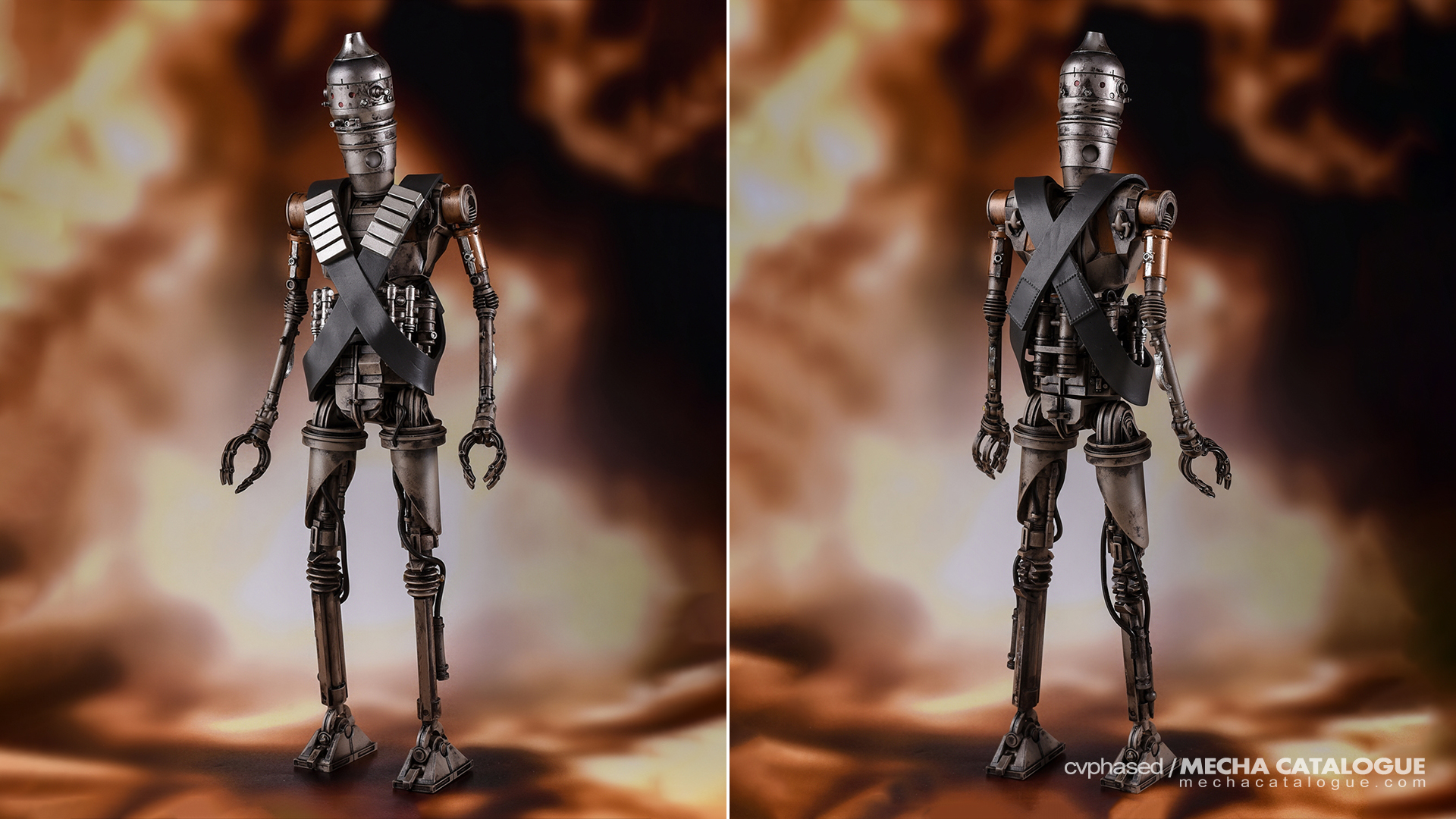 I haven’t watched The Mandalorian to know everything about this droid bounty hunter although if anything, he must have some connections to IG-88 from Star Wars: The Empire Strikes Back. Having a slender and thin structure, you may wonder how’d they manage to include points of articulation to such figure. Here’s some context

Fortunately, they conveniently explain it in the next photo as shown. 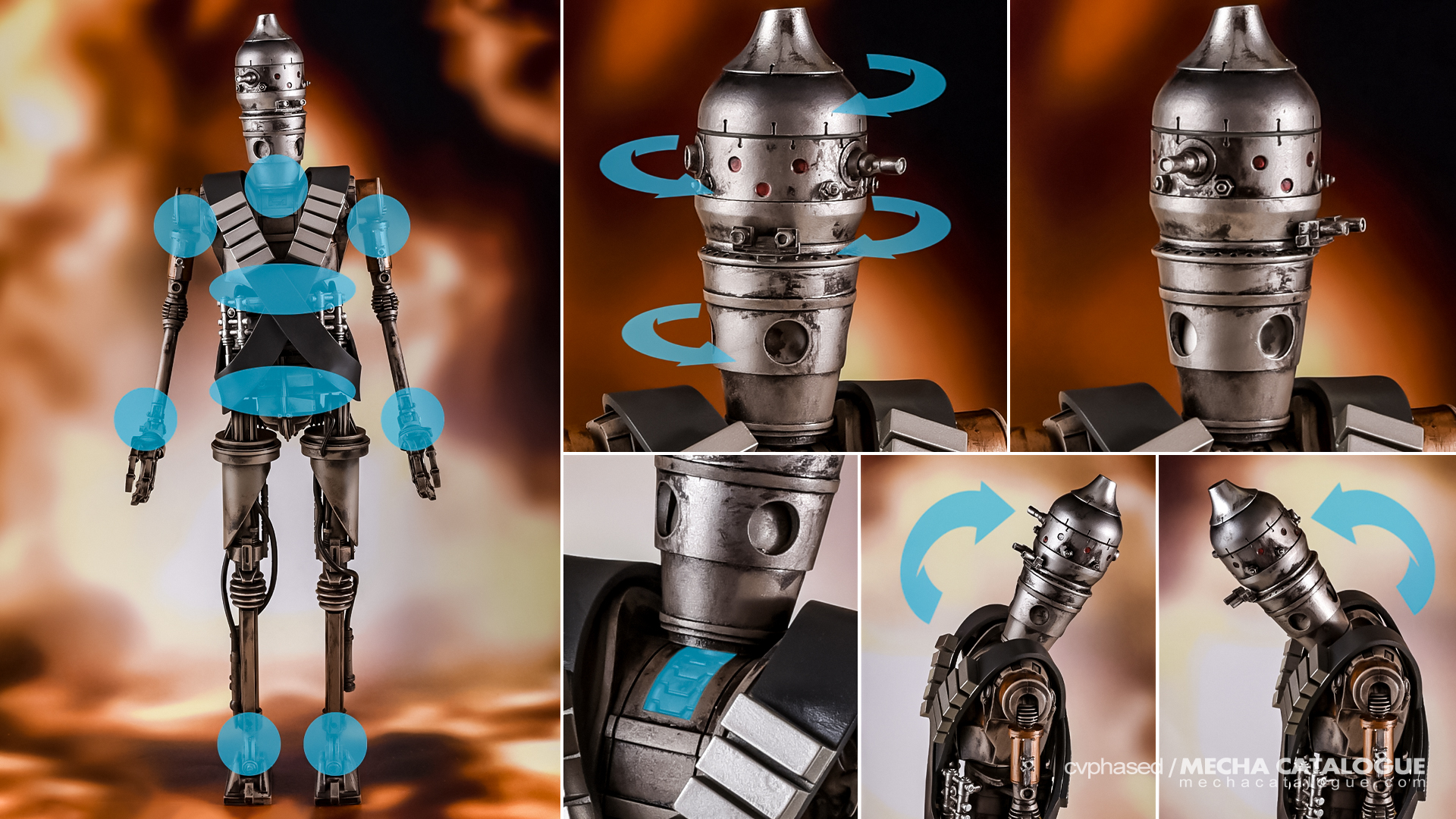 The IG-11’s fighting style is pretty much shooting in all direction since his structure allow independent rotation of it’s body parts. From the individual head components, to the arms, and to the torso, each part can rotate in response to the situation. The S.H.Figuarts version attempts to do the same by implementing multiple swivel, hinge, and universal joints all over the figure, hopefully recreating some of its more iconic battle scenes. 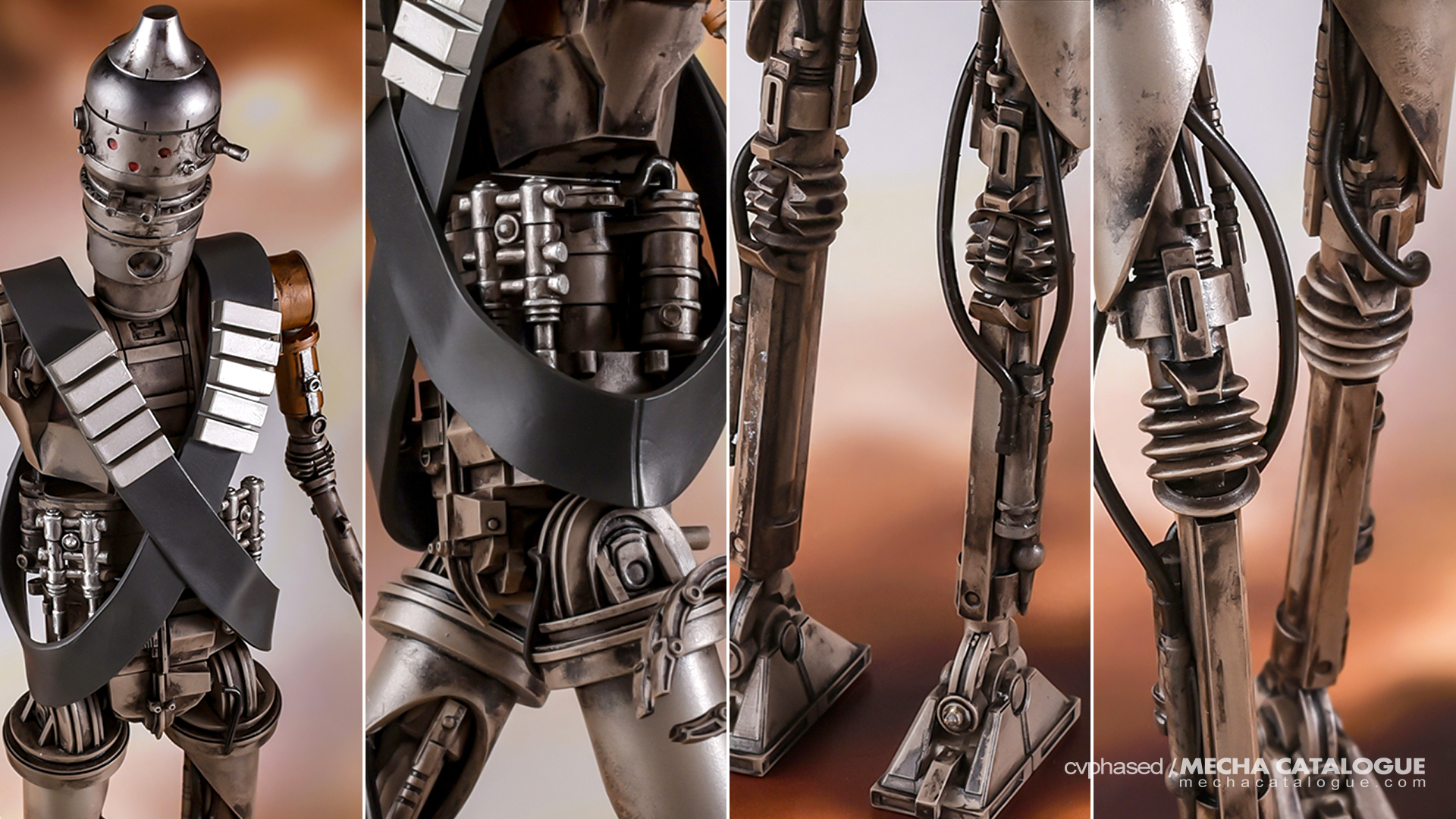 Besides articulation, the figure doesn’t skimp out on excellent detail and paint work, especially with the gritty setting of The Mandarin. This droid is covered with weathering to give that more gritty look, coupled with the use of softer materials on the leg tubing for screen accuracy. 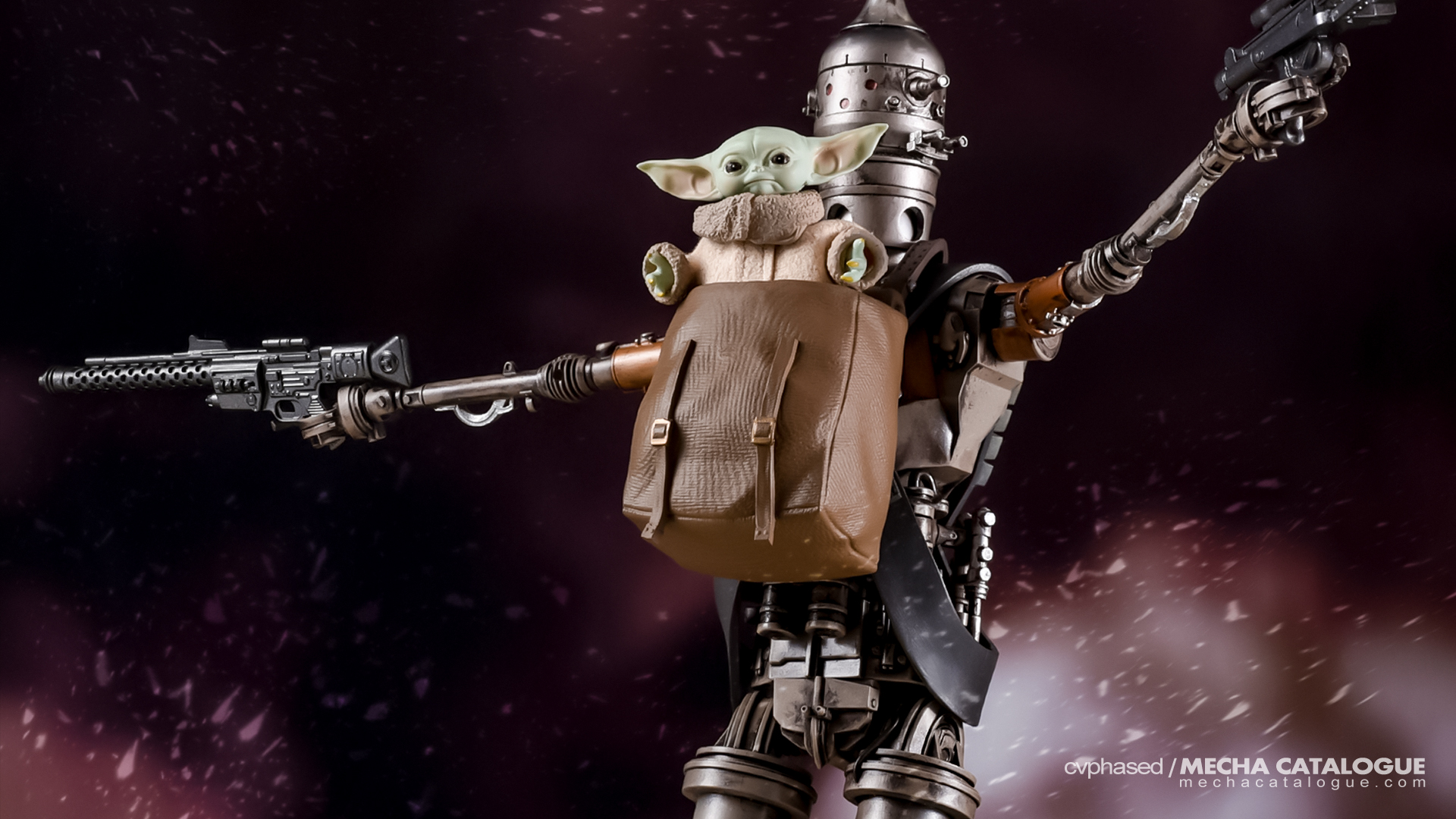 The same is true with the included accessories, though IG-11 only comes with a couple. It comes with a rifle and blaster to recreate those shootout scenes, as well as a replacement chest part that exposes its self-destruct button. Finally, IG-11 comes with the bag that can carry the S.H.Figuarts "The Child" figure (sold separately).