When the recently released RG Evangelion Unit-01 was first announced, the first question that popped into my mind is automatically about the scale. The Real Grade line was previously confined to Gundam designs and thus, stuck to the 1/144 scale. That said, Evangelion units, at least in Neon Genesis Evangelion have been portrayed inconsistently, with their heights typically fluctuating between 40 to 80 meters — which is a huge discrepancy. Fortunately, the Rebuild of Evangelion versions have been more consistent, at least according to this extra from the home release. It shows that the EVA-01 is roughly 80 meters to the top of the shoulder pylons, basically 5 times the height of a standard Gundam/Gunpla and isn’t practical as a model kit. 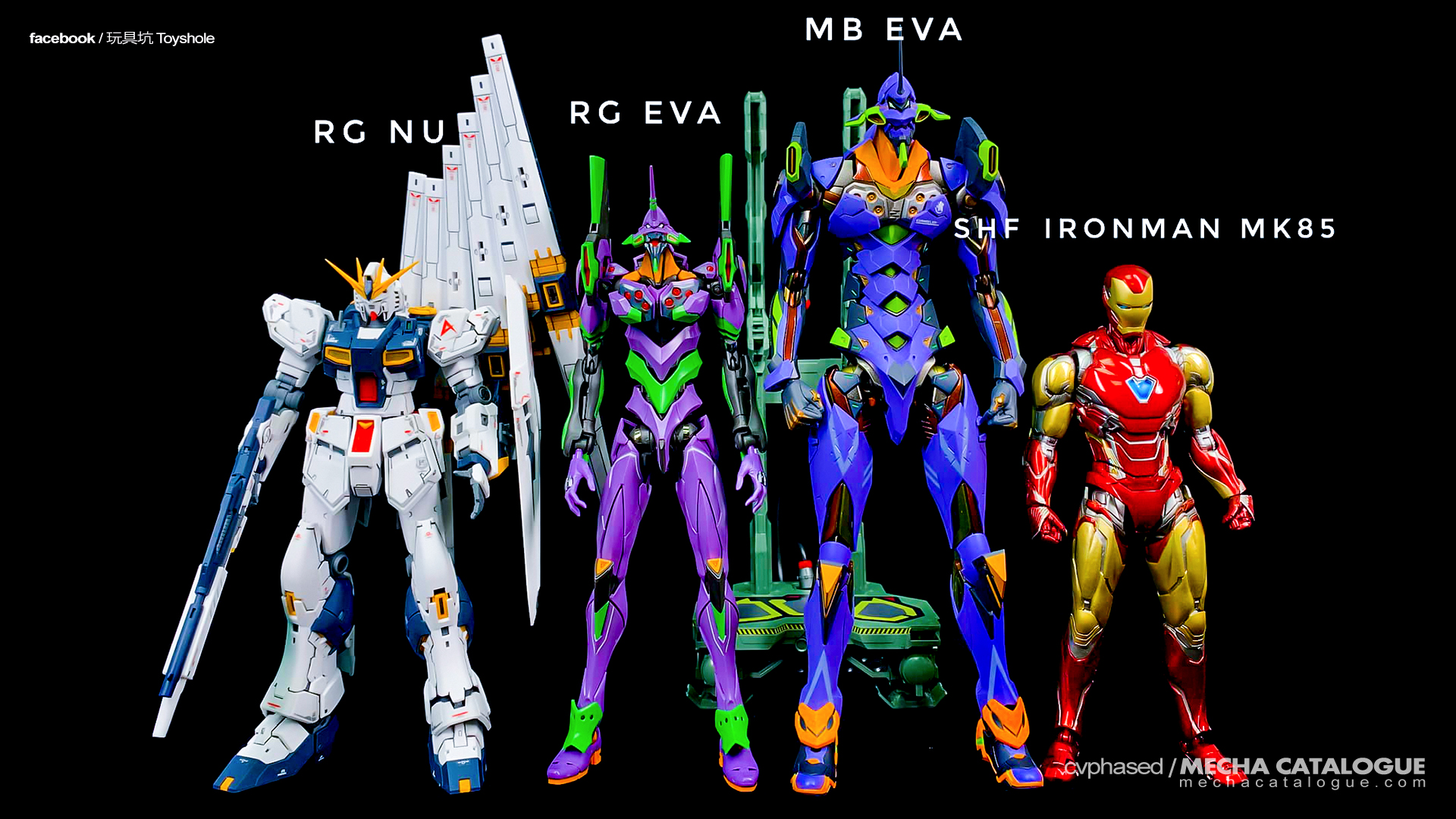 So they just did the next best thing and made it a non-scale kit, at least according to this very nifty size comparison from Toyshole over at Facebook. The box also mentions the kit standing at 170 mm, relatively scaling better with 1/144 scale Gunpla than let’s say 1/100 scale ones. I’d say once we’re out of this post-apocalyptic conundrum (as of this writing), I’ll definitely pick this one up.