Actually building two copies of the HGUC Gundam NT-1 turned out surprisingly smooth given that it’s a kit released way back in 2004. Most the work needed was, as mentioned previously, prepping the parts. Especially the copious amount of thrusters all over the mobile suit, and not to mention a couple of panels that needed highlights in black. 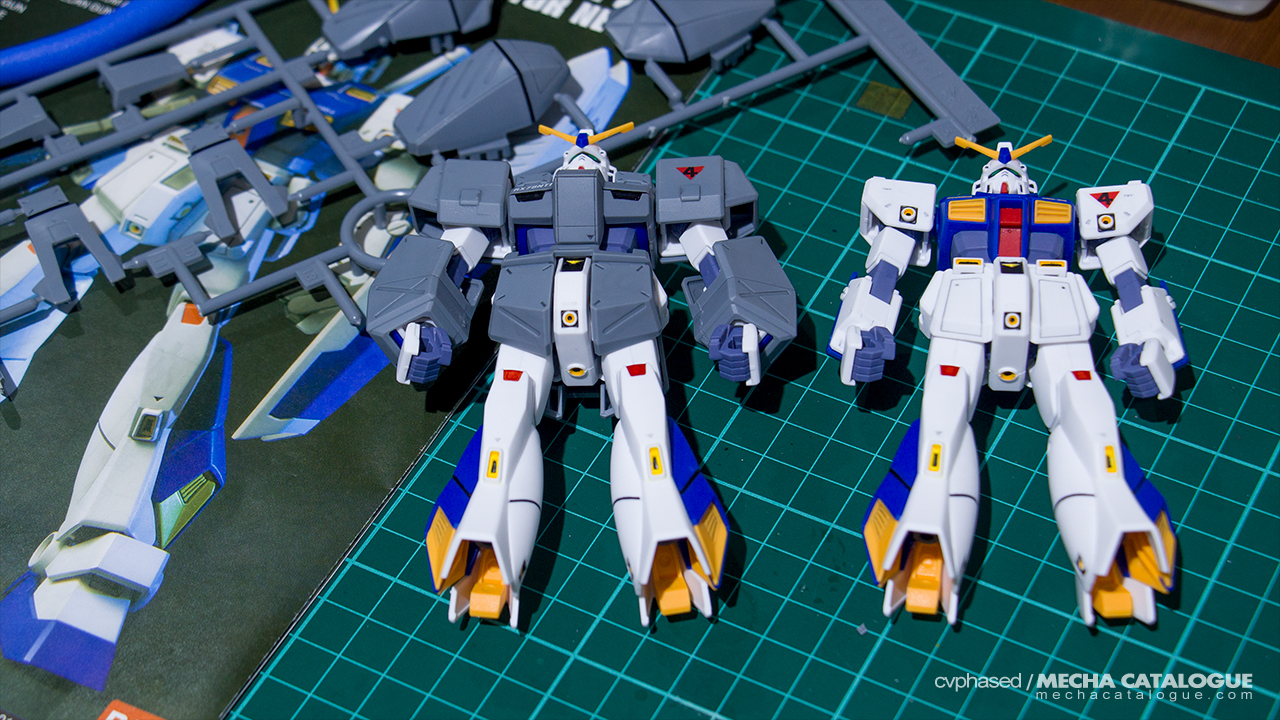 These two are coming out pretty well, well for my low building standards that is. Anyone building this kit should really put the effort in painting those thrusters or the kit will look very plain as the white plastic will drown any sculpted detail. As seen in the photo above, both kits have been built up to the leg units, and I’ve also finished detailing the leg armors. Though I still needed to apply some gray paint on the feet before building them, and putting on the leg armor. Speaking of armor, I’m still debating whether to assemble them as separate pieces or not, but that shouldn’t be that difficult.

As for the weapons, this one had what some refer to as chopstick beam sabers, so I’ll probably look for extra beam saber effect parts for this guy to use. I’m targeting to finish this double build within the week. As for the next one, I’m thinking of doing either an AU or Build Fighters kit.