Prior to diving into this double build, I already knew some prep work was needed to be done. Consider the Gundam NT-1 design. Several thrusters are placed all over the mobile suit, each needed a little drop of orange and black paint to bring out the details. Not to mention some of these thrusters are placed in recessed cavities that require black paint to give the illusion of depth. Now also consider that this kit was released back in 2004, and I’m building two of them. 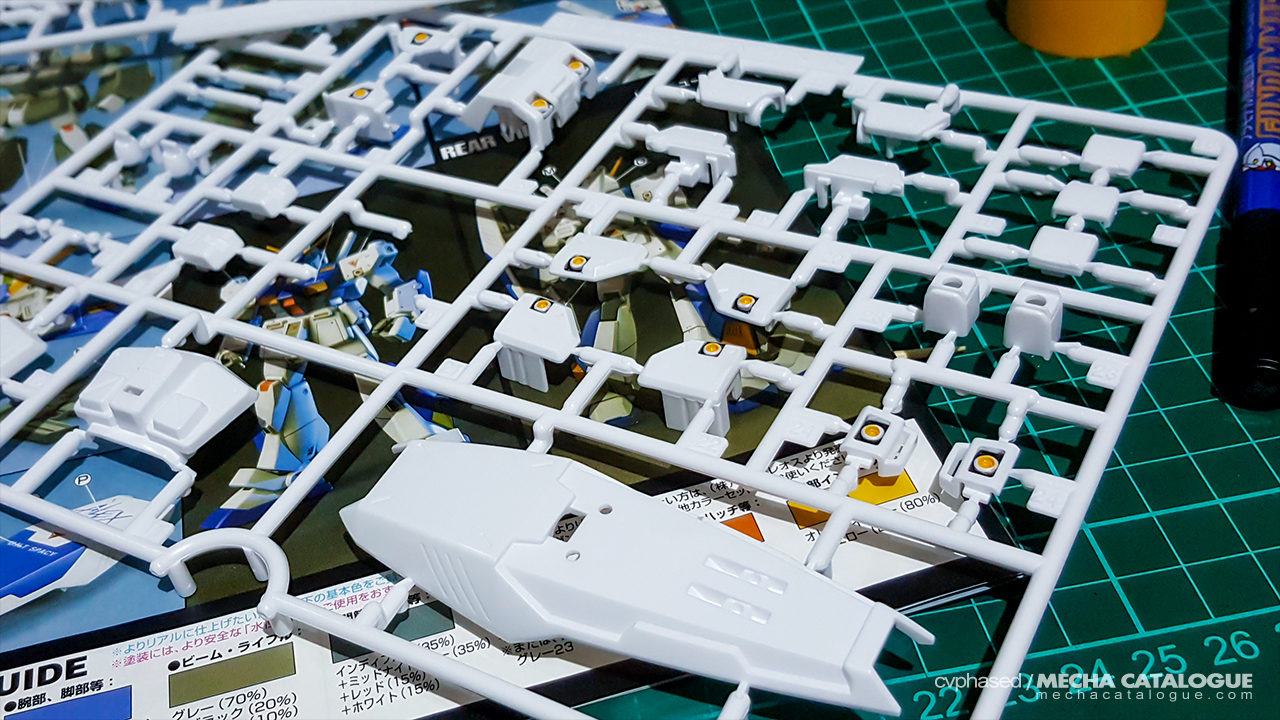 Another thing to note is how the white plastic used in this kit can easily drown surface details, making panel lining almost mandatory. You also need paint on the sculpted ‘V’ detail on the crotch armor. The good thing is, I’m mostly done with these prep work, sans the gray details on the each foot and the rear thruster bells. So yeah, I’m still optimistic that this double build will turn out as planned.