Bandai Spirits has opened solicitations for the HG RX-78-02 Gundam (Gundam THE ORIGIN) and it looks really good. Like really, really good! Some have even said that it looks better than the Master Grade. In any case, they’ve also shown some of its features, one of which makes me think of getting two. 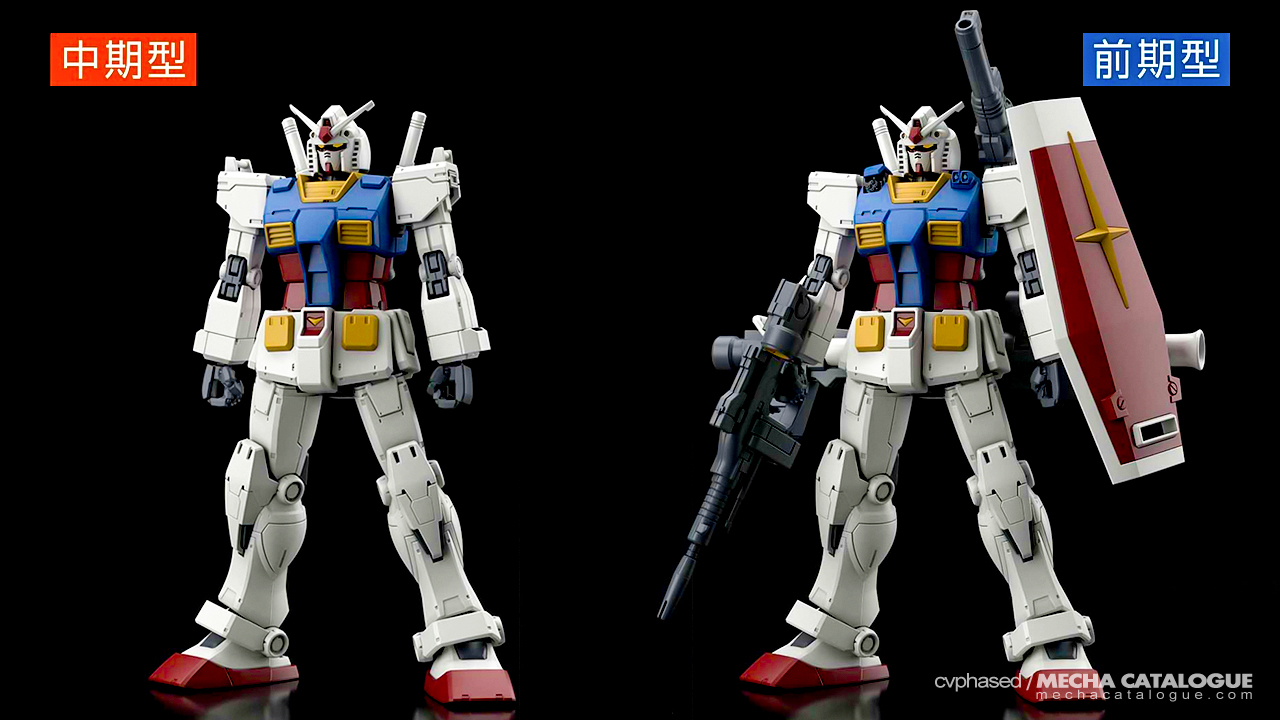 This is because you are given the options to choose which version of the RX-78-02 Gundam you’ll be building. On the left, and I should’ve flipped the image here, is the “Middle Type” (indicated in orange) which is symmetrical and appears closer to the RX-78-2 Gundam from the original series. Then on the right is the “Early Type” (indicated in blue) which has a more asymmetrical look. Let’s look at these differences in detail. 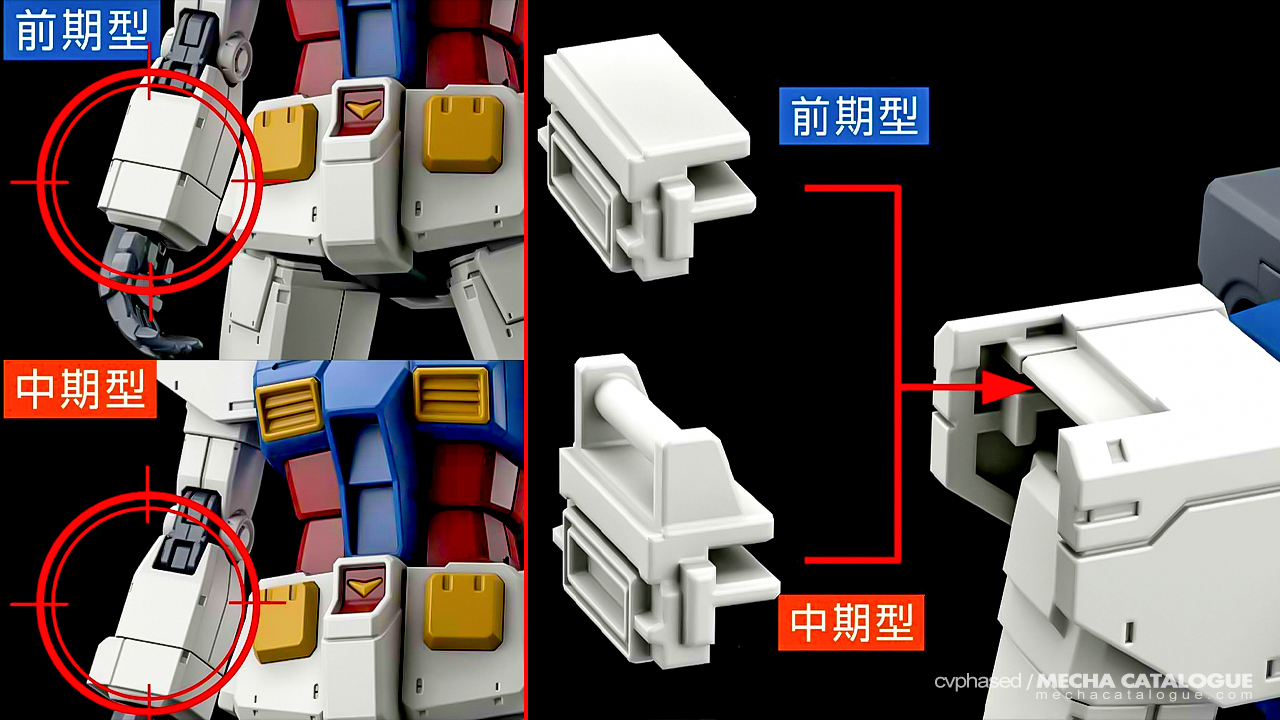 The “Early Type” asymmetry also carries over to the forearms, with a gatling gun mounted on the left. The “Middle Type” then ditches the gatling gun but both forearms now have the same armor shapes. The shoulder armors also have different vent panels, with the “Early Type” having what appears to be a weapon-mounting brace. 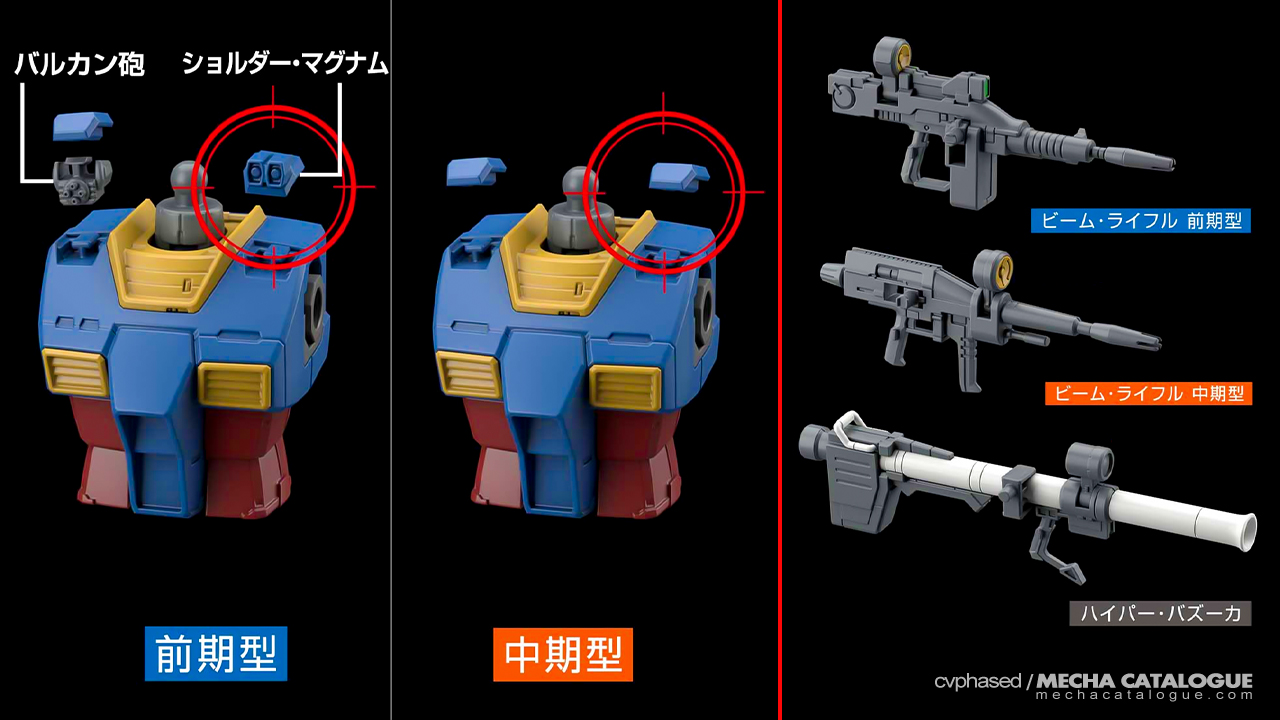 The last bit of asymmetry is found on the torso unit, with the “Early Type” coming with a Shoulder Magnum and Vulcan Cannon for the left and right parts respectively. The “Middle Type” have these replaced with simple flat panels. You can also notice that the chest panel is different on both versions, leaving me to believe that you will need to replace the whole front section if you want to convert from either type. The last difference is with the Beam Rifle, with the “Early Type” looking like components have been hastily attached, and the “Middle Type” looking much closer to the Beam Rifle seen in the original series. 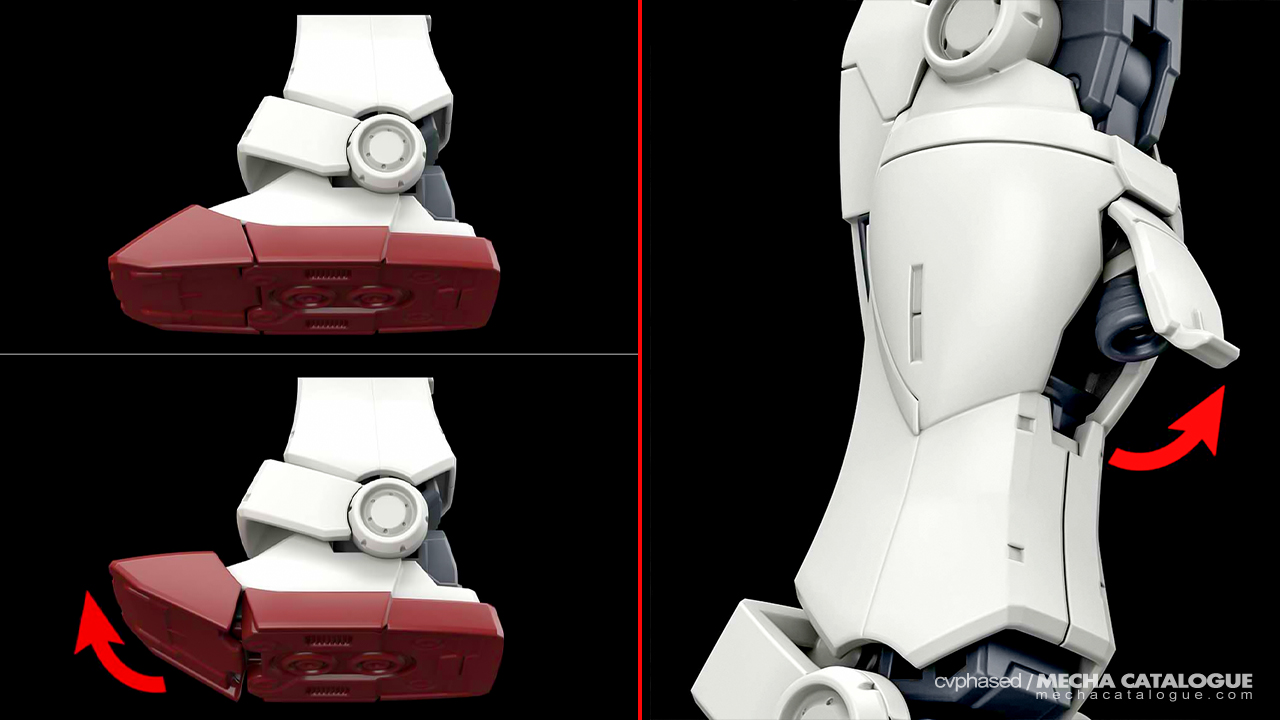 Outside the already-standard set of articulation seen in modern High Grades, this version of the Gundam has an additional toe joint and has a hidden vernier thruster on each leg. 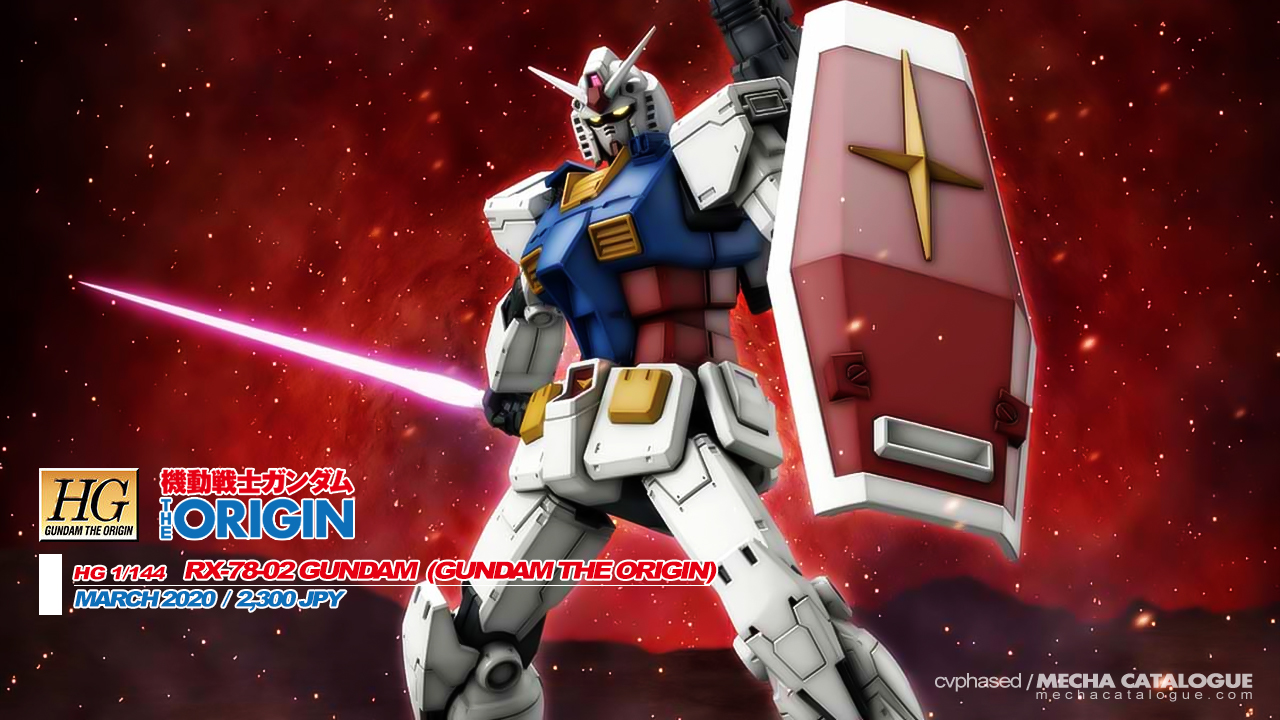 If you’re one of the two people reading this blog, you can see where this is going. Yep, I’m thinking of getting two copies of this kit, one for each version. You can also expect an RX-78-01 recolor as a Premium Bandai release.