A month or so ago, Bandai Spirits revealed a collaboration project between their hobby and collector divisions. This is composed of an action figure and a model kit that can combine as the main gimmick. This time, Good Smile Company will take a shot at the same concept but it will just be a single set. 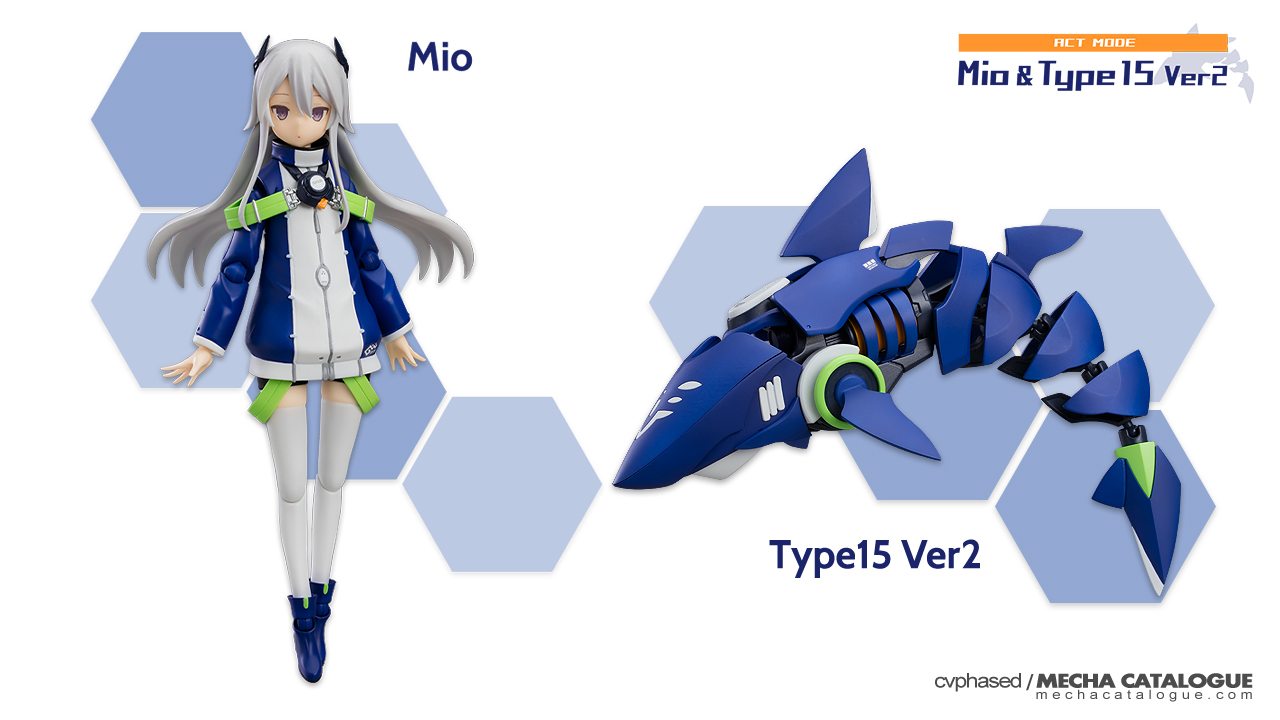 Introducing the ACT MODE line which is a combination of "ACT" from action figures and "MODE" from their MODEROID kits, combining both play patterns into a single set. For the first release, we’ll be getting Mio and Type 15 Ver.2 from Navy Field 152. I won’t pretend to know what that is but it’s supposedly a doujinshi, or a fan-published book, released back in 2017. 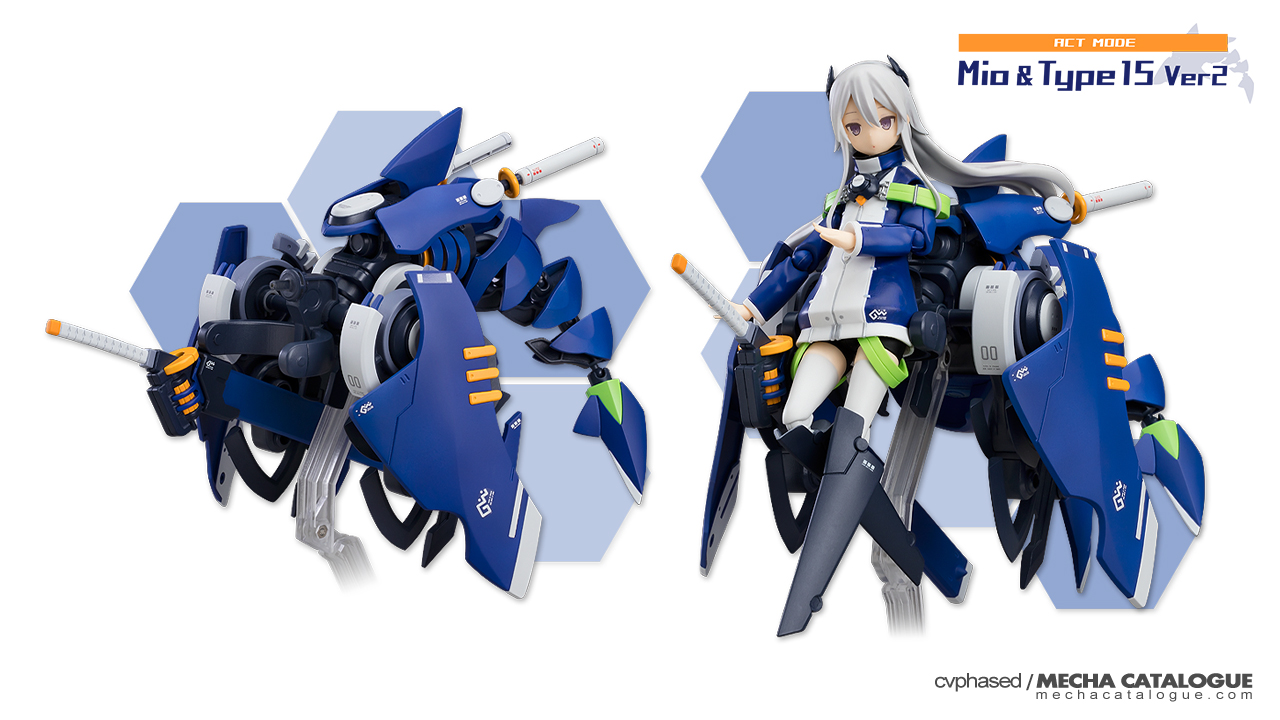 As mentioned, the set will include an action figure and a model kit, the former is obviously be Mio while the Type 15 Ver.2 is our mechanical shark model kit, referred to in the fiction as a sacred beast. Mio is pretty much a figma albeit a bit taller. By the way, the scale isn’t mentioned but this might be closer to true 1/12 scale than any of their figma figures. Type 15 Ver. 2, on the other hand, can then transform to a variety of modes that Mio can use. 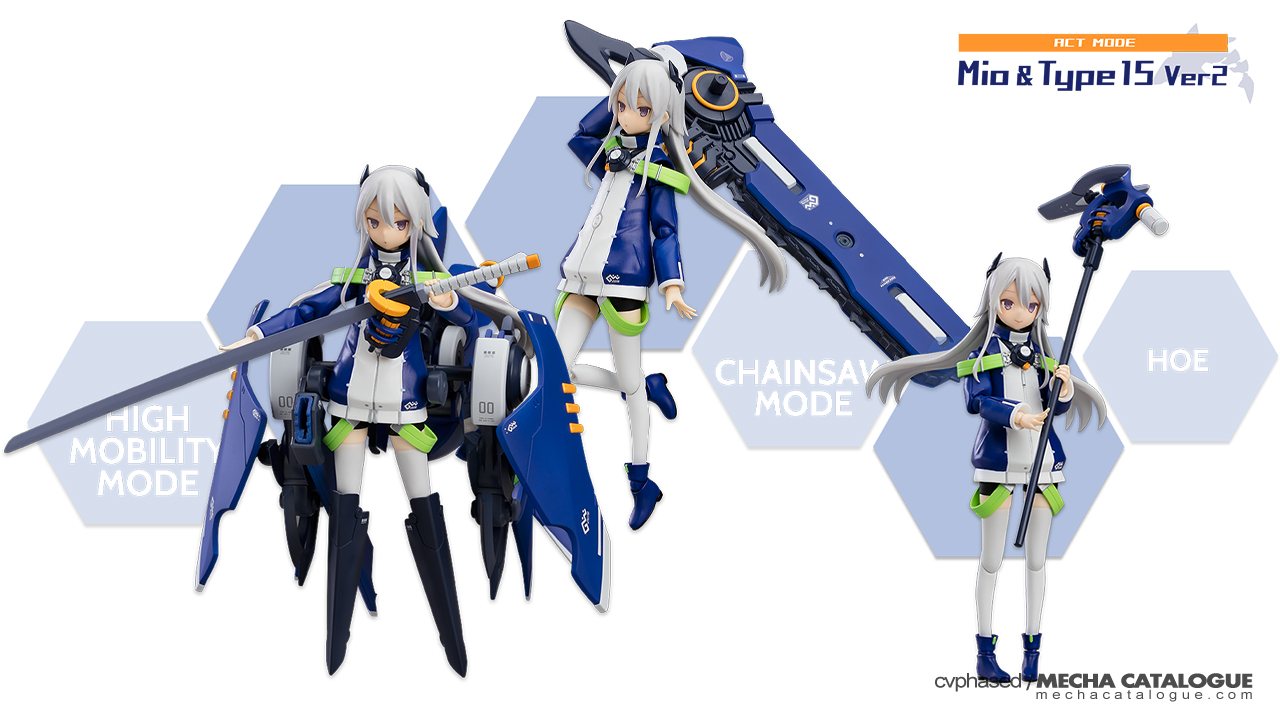 Type 15 Ver.2 has multiple modes, chief of which is the High Mobility Mode, a flight pack of sorts that Mio can use to fight her battles… I think, I have no idea of the fiction. Being a model kit, this will be achieved using replacement parts. It also has a Chainsaw Mode though I’m not sure how a mechanical shark can turn into one. Lastly, and I find this weird, Mio also has a hoe which harnesses the power of Type 15 Ver.2, yep.

On that note, let’s see what this set comes with. 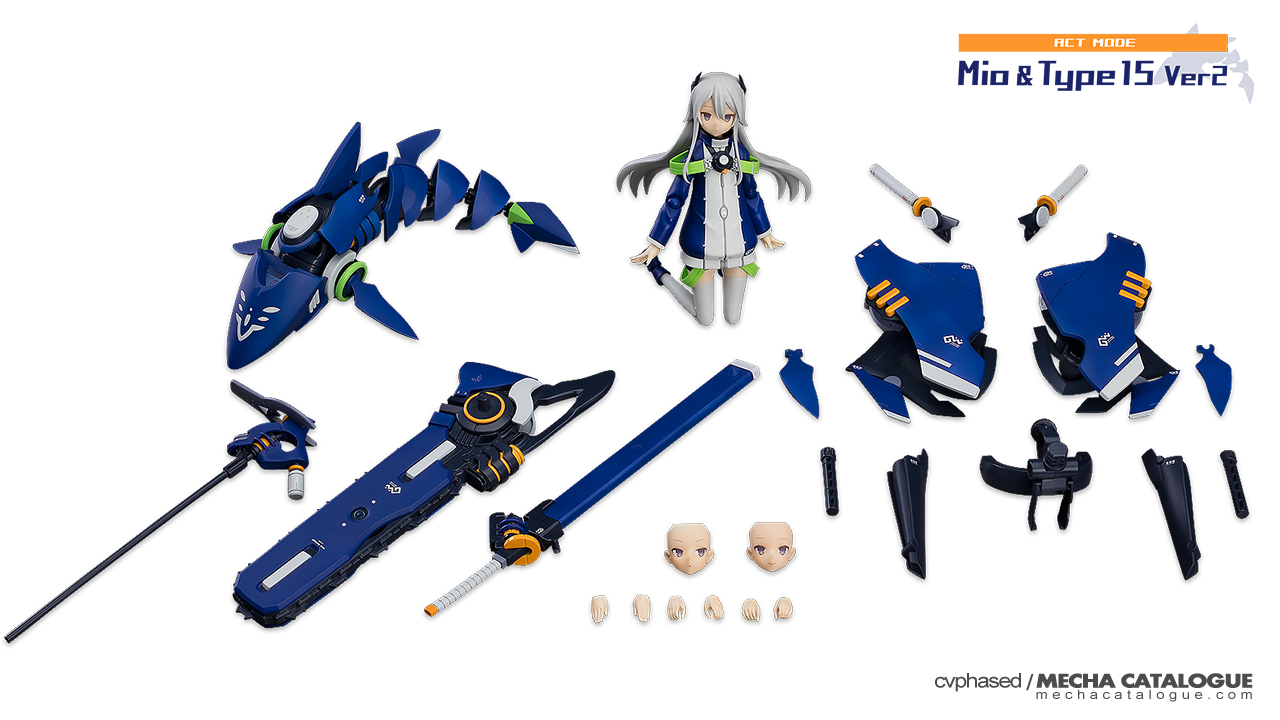 Now let’s see which of these is the completed action figure, plus accessories and which is the model kit. 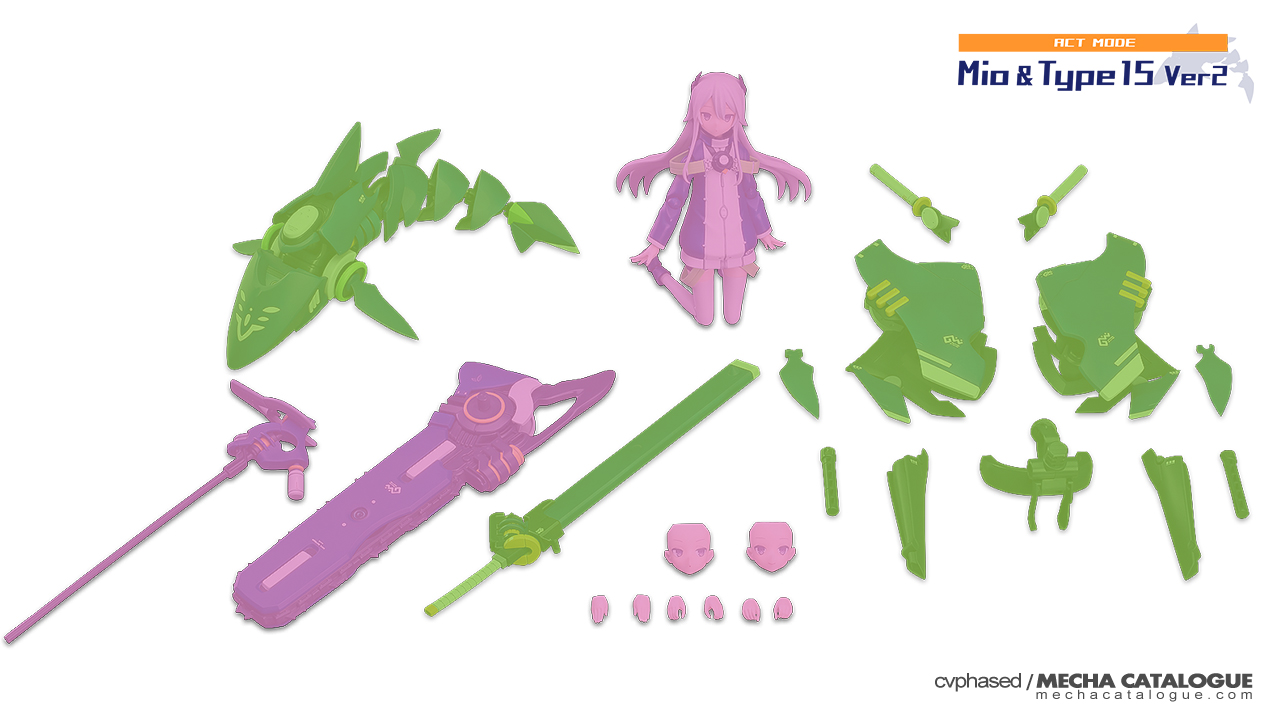 Those in pink are the completed and pre-painted action figure plus accessories — Mio, her hoe, and the Chainsaw Mode of Type 15 Ver.2. She also comes with multiple hands and replacement faces. The rest, in green, are those that would need assembly. 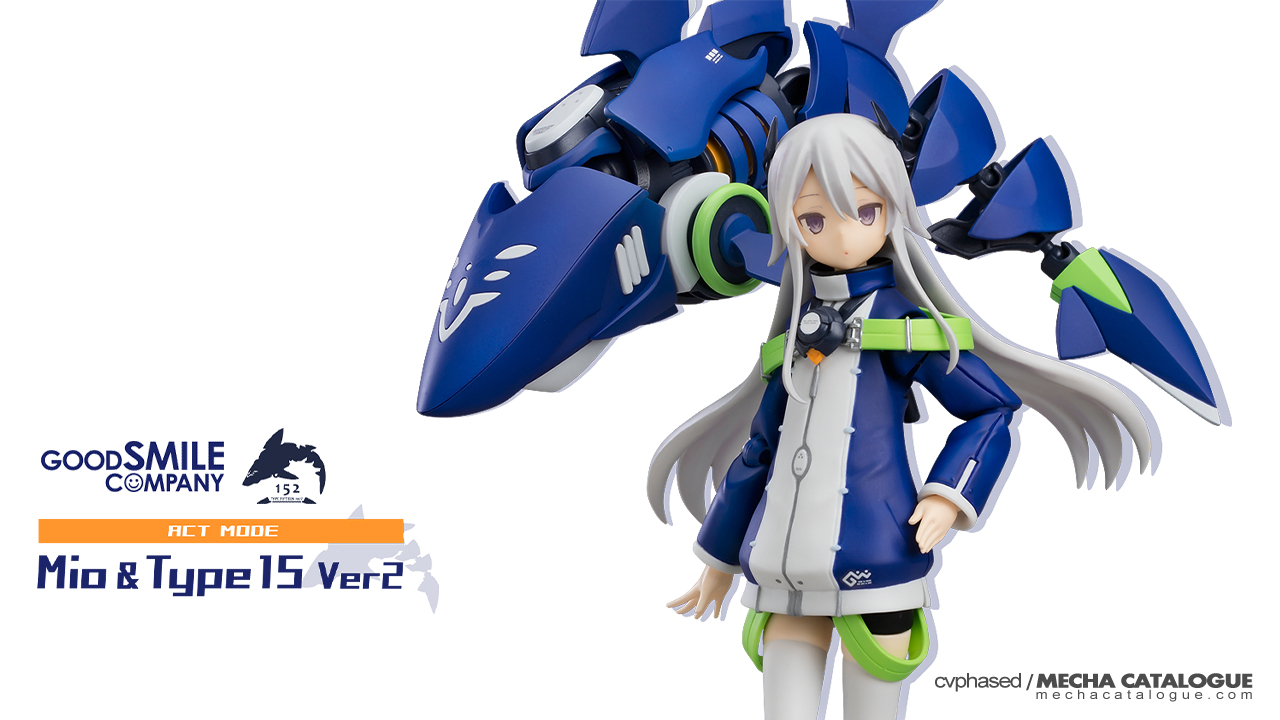 When I first saw this solicitation, I was immediately reminded of Alphamax’s Dragondress Sophia model kit, except that we’re instead getting a completed action figure for the girl. I haven’t built any of Good Smile Company’s MODEROID kits though I have some in the backlog so I’ve yet to determine how good their kits are. Regardless, I find this design interesting and might take a crack at building it. Do note that this set is quite expensive with a ¥9,000 price tag. It’s set for a mid 2020 release so you still have time to save up.