Back in January, I placed myself in a little debacle on which figure/model kit line to collect from the then-upcoming Netflix ULTRAMAN anime. I already have S.H.Figuarts versions of the three suits albeit in their manga iterations and told myself to remain in that camp unless we get Figure-rise Standard kits of the other ones.

A second season is already green lit and we’re yet to get an S.H.Figuarts ULTRAMAN SUIT A. I also know the Hobby Division guys will definitely cash in on the additional model kit opportunities, especially with that Hulkbuster-looking "Jack" suit. So I’m kind of leaning towards the model kit line, then this announcement was made at this year’s Ultraman Festival. 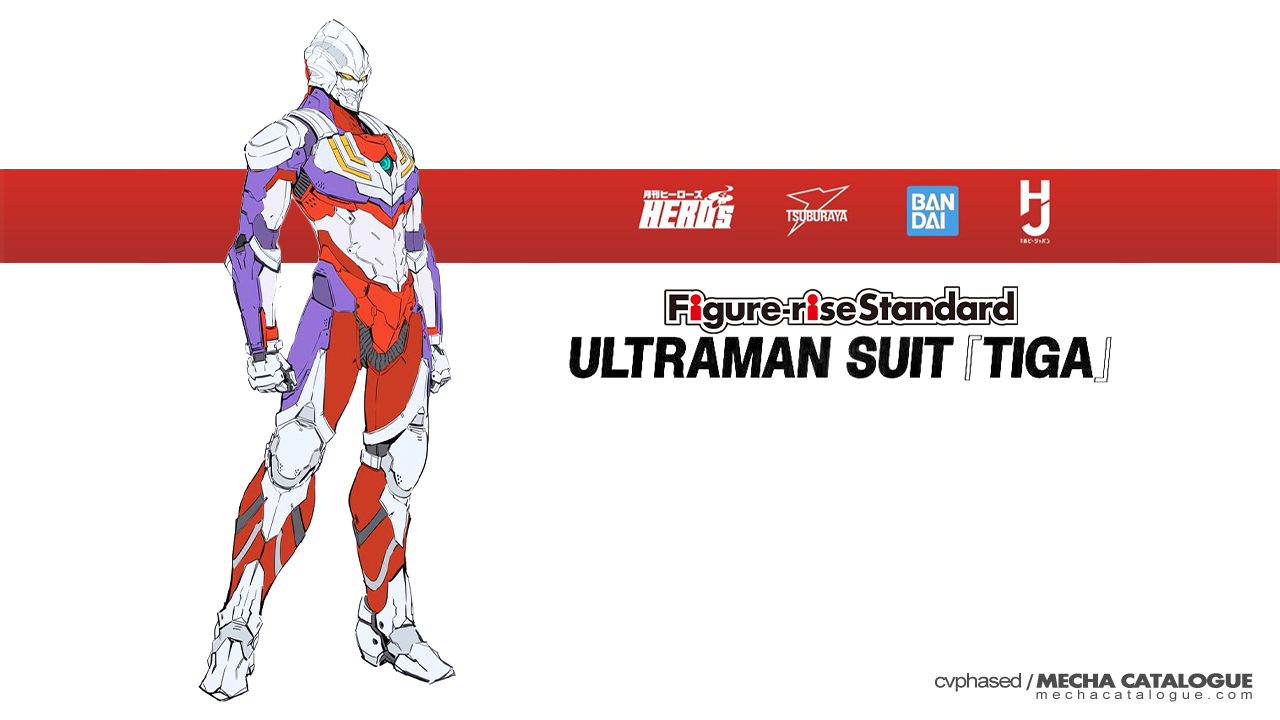 Announcing the "New ULTRAMAN SUIT Project" and I have no clue where this stems from. We know that while Eiichi Shimizu’s manga suits base their designs from the original Ultra Brothers, there are a lot (and I mean a lot) of other Ultraman designs from the Heisei era, not to mention the New Generation ones. And it would be totally cool if these get the Ultraman Suit treatment — hence the "New ULTRAMAN SUIT Project."

The first one in this project is ULTRAMAN SUIT "TIGA", based on Ultraman Tiga and kicked off the Heisei Ultramen. The suit design looks similar to the first ULTRAMAN SUIT, which means the model kit is likely to be a retool of it as well. And while I don’t think these suits will appear in the manga or anime, it makes me wonder which ones they’ll tackle in this project.

No release information has been revealed for Figure-rise Standard ULTRAMAN SUIT "TIGA".