I was making my usual rounds of Gundam stuff online when I again stumbled upon a design I really liked the first time I saw it a year or so ago. So much so that I already imagined how a CATALOGUE Entry of it would look… 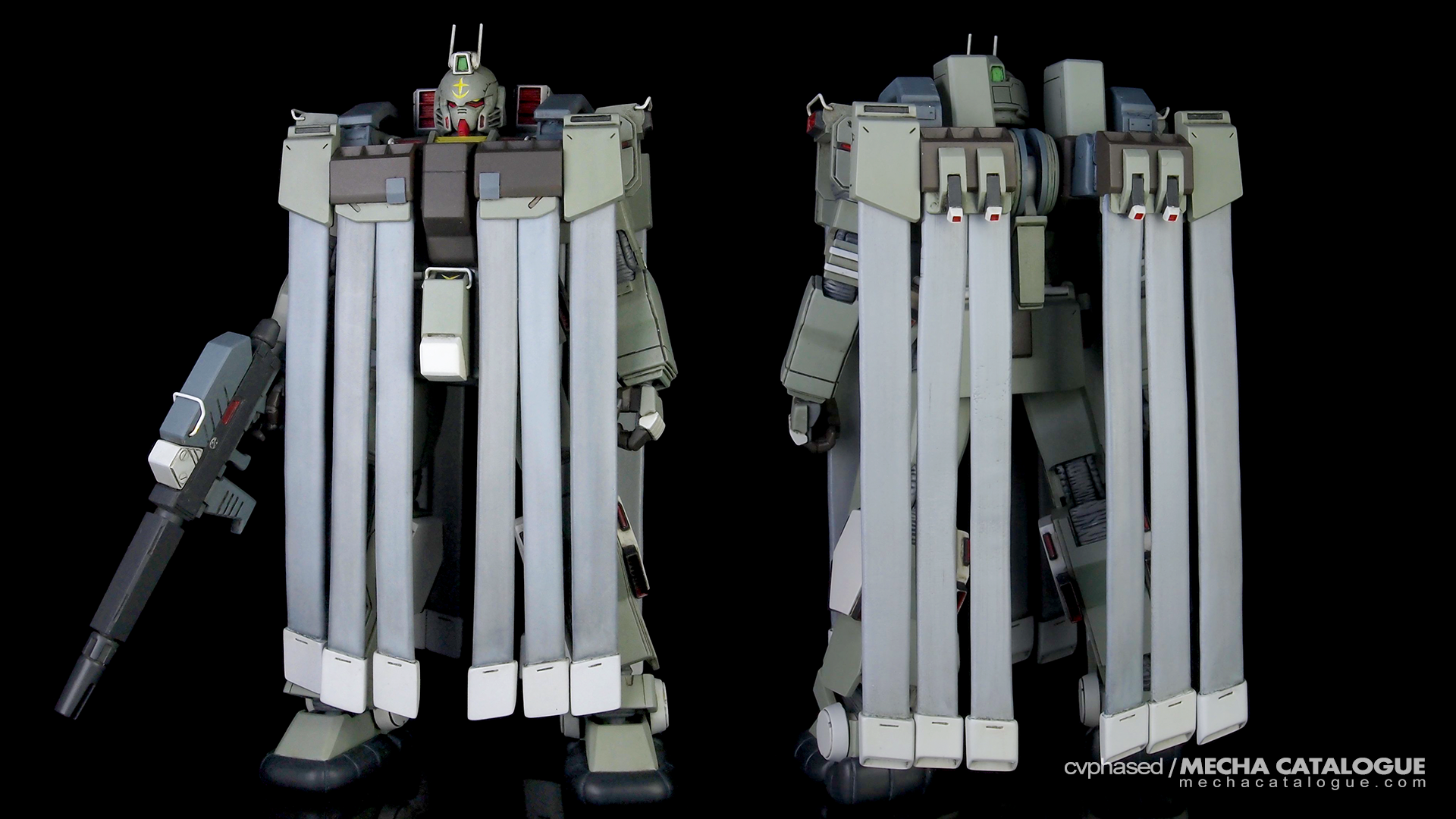 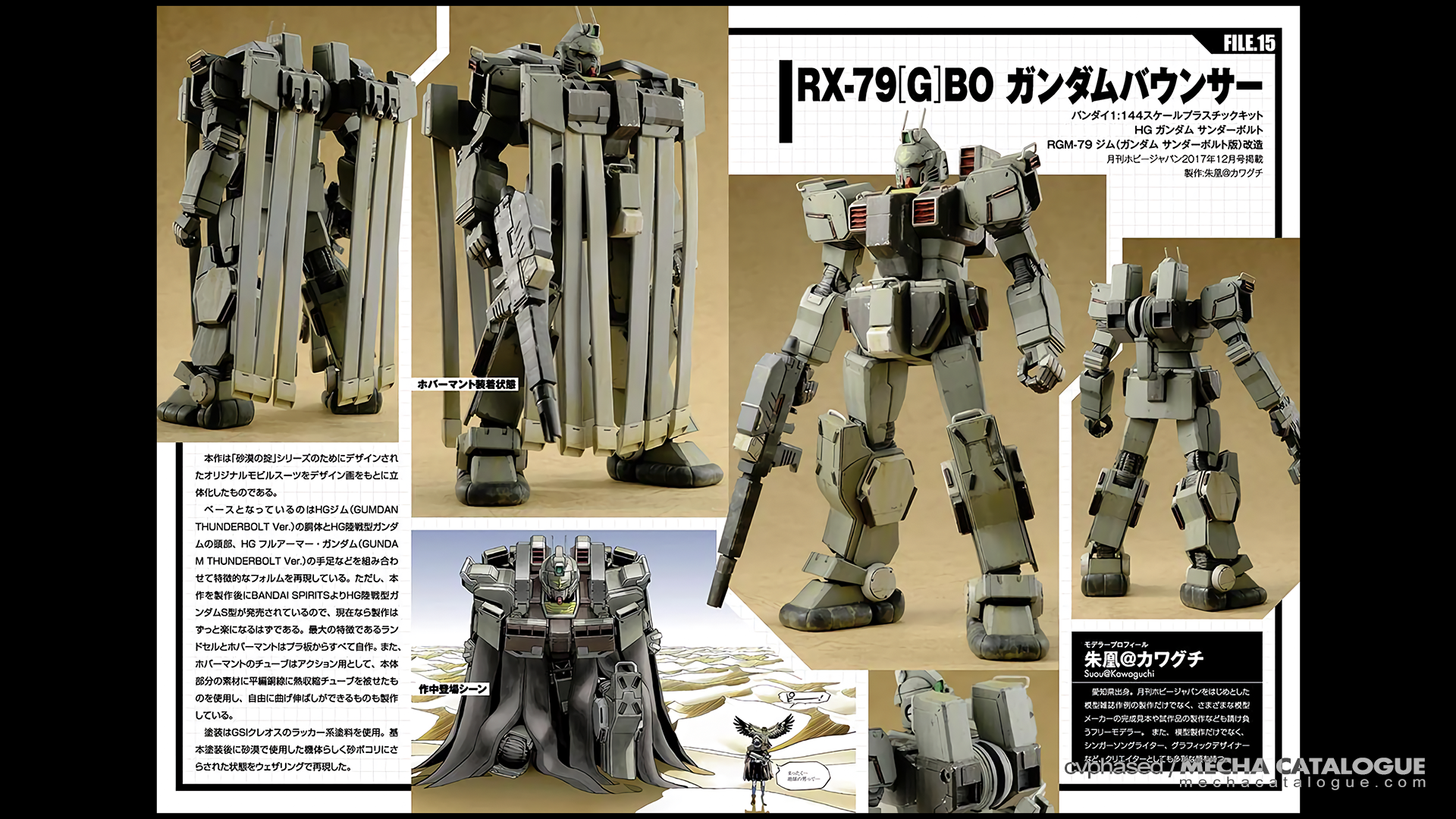 Breaking down the design, it is mainly a desert custom of the Gundam Ground Type-S, with the torso unit sharing similarities to the GM Ground Type and the legs coming from the Thunderbolt Sector/Moore Brotherhood variant of the Full Armor Gundam. Adding to the uniqueness of the design is its use of a “Hover Mantle” which are the strip-like things that cover the mobile suit, probably for camouflage. 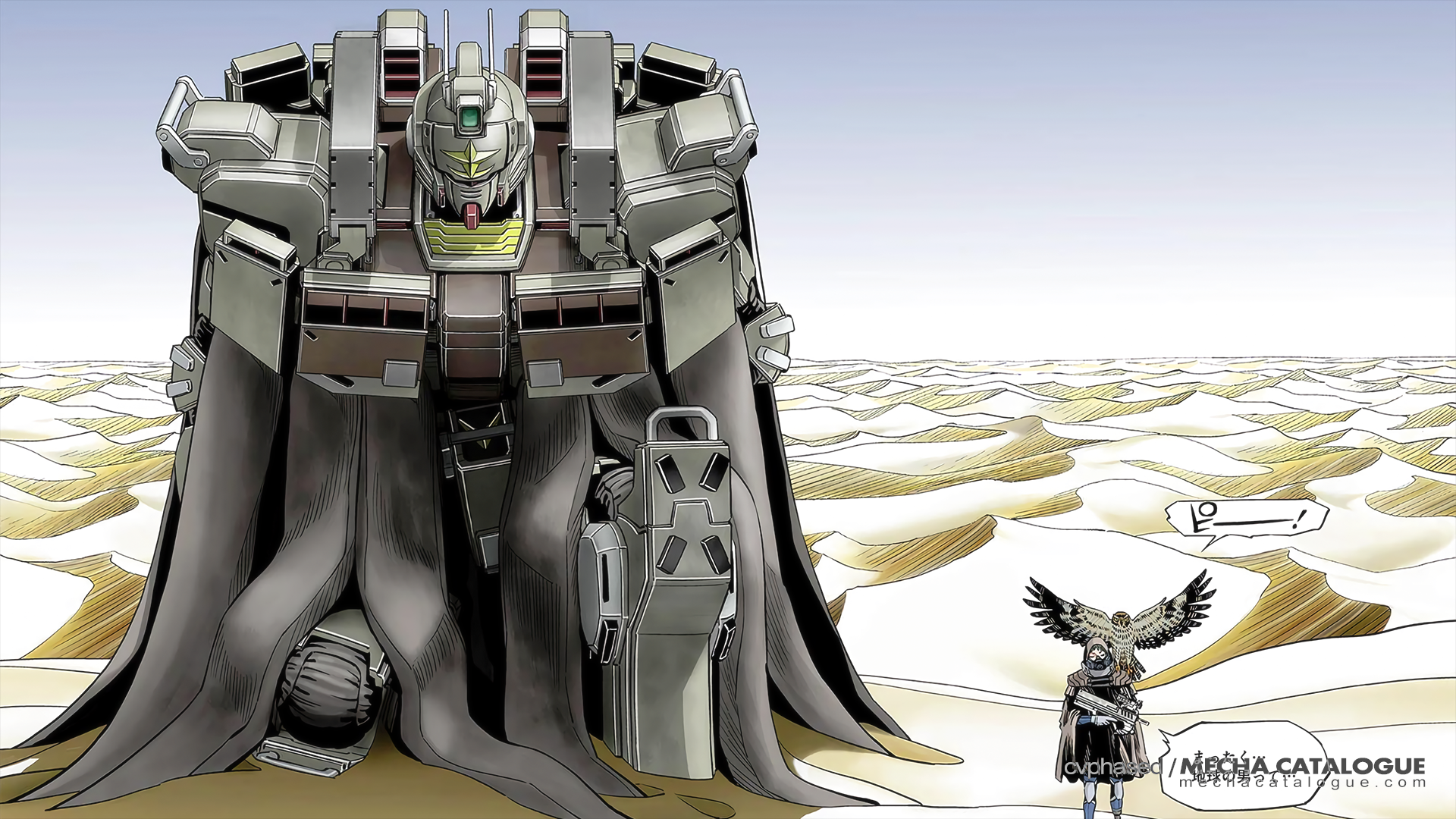 The modeler also notes in the Hobby Japan article that since Bandai Spirits has now produced both the Gundam Ground Type-S and the Full Armor Gundam, it’s much easier to scratch build this mobile suit from the aforementioned kits. Though it would be much, much better if they’d also release a High Grade kit of this guy.