Just a quick backstory before going though the updates. I recently detailed my Xi Gundam under The Metal Robot Spirits line with the intent that I’ll eventually get the partner-slash-rival unit Penelope of the same line. However, I found that figure too costly to drop my hard-earned money and passed on getting it to god knows when. But with the announcement of the HGUC Penelope, looks like I won’t need to get that figure. And since the Xi Gundam is a lead mobile suit, I can always get away with having it both as a figure, and eventually a Gunpla kit. 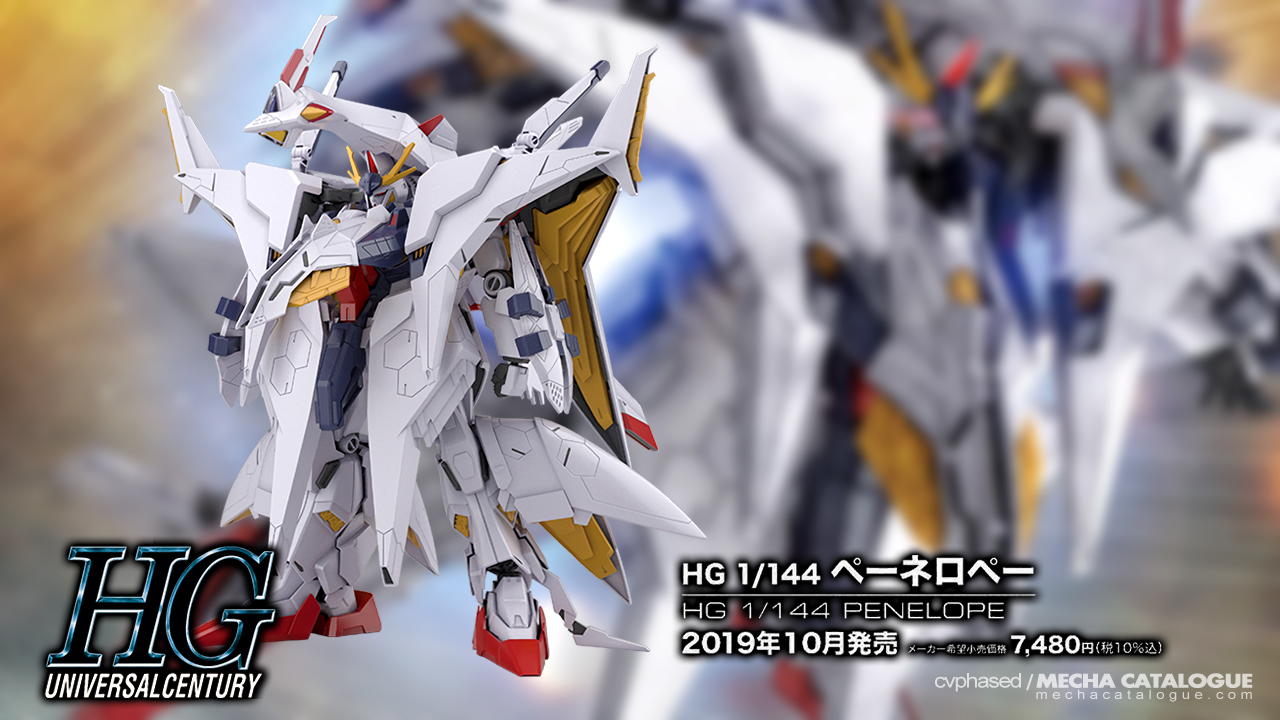 To those who may have forgotten, Bandai Spirits is releasing the HGUC Penelope in line with the theatrical release of Mobile Suit Gundam: Hathaway’s Flash and is part of the UC NexT 0100 Project. It’s unusual that they’d release the enemy unit first but hey, as long as we have this guy, that’s not a problem at all. That said, being released first does make sense as it’s technically developed ahead of the RX-105 Xi Gundam as the RX-104 Odysseus Gundam and the FF (for Fixed Flight) unit just added afterwards to form the Penelope.

The kit itself is massive, though not Dendrobium-levels of massive but still huge nonetheless. It dwarfs mobile suits like the Narrative Gundam or even the Sazabi so that should be a good idea in terms of scale. So much so that it will be commanding a ¥6,800 price tag when released this October — more expensive than the HGUC Psycho Gundam or your typical Master Grade kit. No features or gimmicks have been revealed as of yet though it’s safe to assume that the FF Unit is probably removable to display the Odysseus Gundam as the core unit.