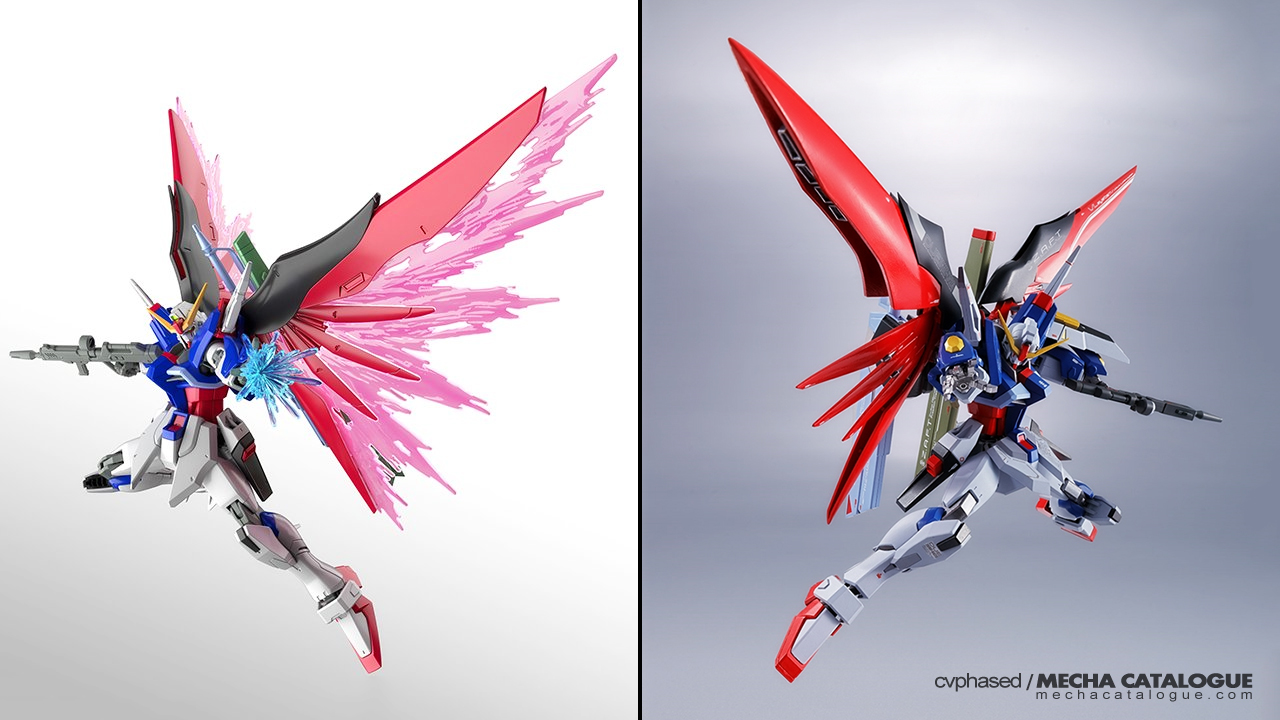 Fans of the Destiny Gundam would be in for a treat this May 2019 as Bandai Spirits is releasing the mobile suit as a High Grade Cosmic Era kit and a Metal Robot Spirits figure. First announced was the Metal Robot Spirits Destiny Gundam which follows the releases of both the Strike Freedom Gundam and Infinite Justice Gundam to complete the triad in Gundam SEED DESTINY. Like the aforementioned two, this version of the Destiny Gundam takes its proportions from the animation model and comes with special markings for that distinctive aesthetic. It will also come with accessories and effect parts SANS the Voiture Lumiere, that would likely be an online exclusive release.

For those wanting a cheaper alternative, the recently teased HGCE Destiny Gundam would be a better purchase. More will be revealed as pre-orders open later in the month but looking at this CG render, it might include the same load out of accessories and effect parts, including those for the Voiture Lumiere.