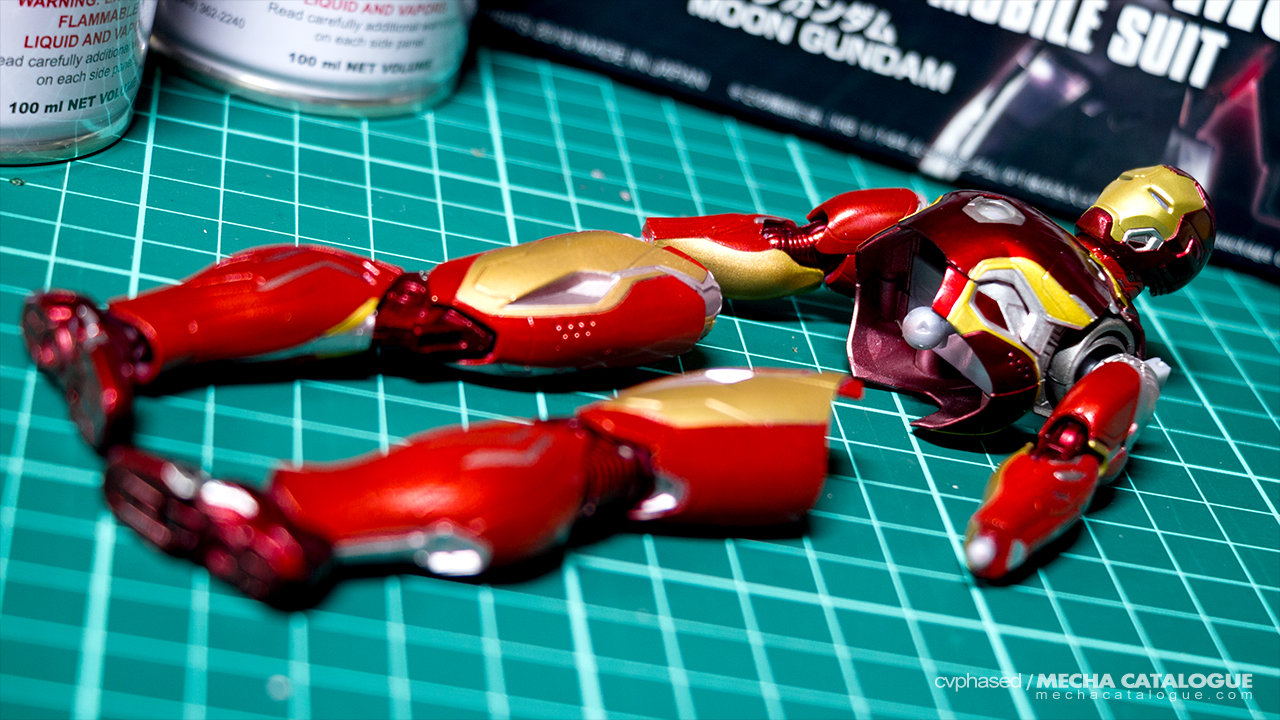 I’m supposed to be building a couple of kits out of my gargantuan backlog but I’m instead doing this. So why am I repainting the majority of this S.H.Figuarts Iron Man Mark 45 figure? Two answers. Climate change and wrong decisions, wrong storage decisions. I really can’t do anything with the former but I can definitely have better storage decisions. Living in a tropical and humid country can pose a challenge in the storage of premium figures like this one.

The red paint in both arm and leg armors faded and produced an oily film that when rubbed off ultimately removes the paint entirely. I could take the easy and costly way of just getting another copy. But after a bit of research, I’ve found that this is really an issue with some S.H.Figuarts Iron Man figures, most notably the Mark 42 (which I’ll also repaint once this guy is done).

And this is the result of a couple days worth of masking and painting. The red I used isn’t an exact match but close enough, can easily pass as a two-tone color scheme. All that’s left is to paint the replacement hand armors. Yey.