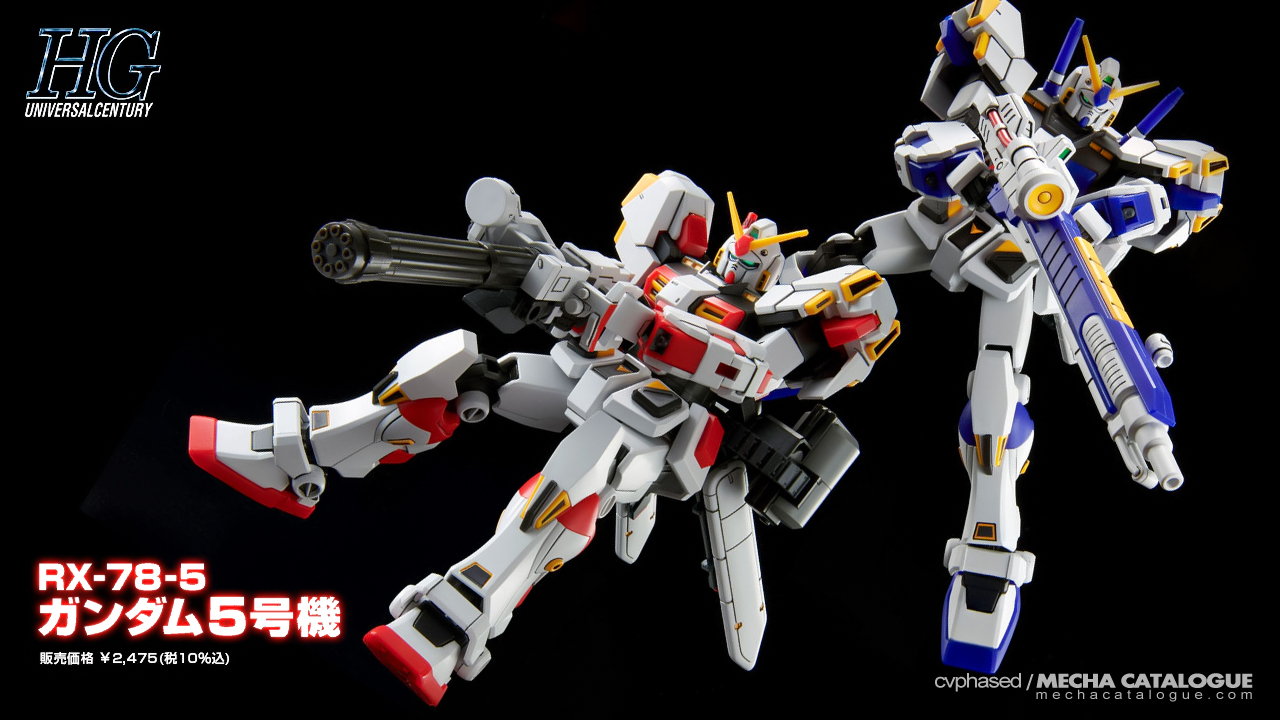 With the announcement and consequent release of the Premium Bandai exclusive HGUC Gundam G04, it was only a matter of time before they complete the seven RX-78 units. And now it is complete with the announcement of the HGUC RX-78-5 Gundam G05. This appeared in the game Mobile Suit Gundam: Encounters in Space along with Gundam G04, with both mobile suits almost entirely identical except for a couple of parts, weapons, and most notably being the colors. 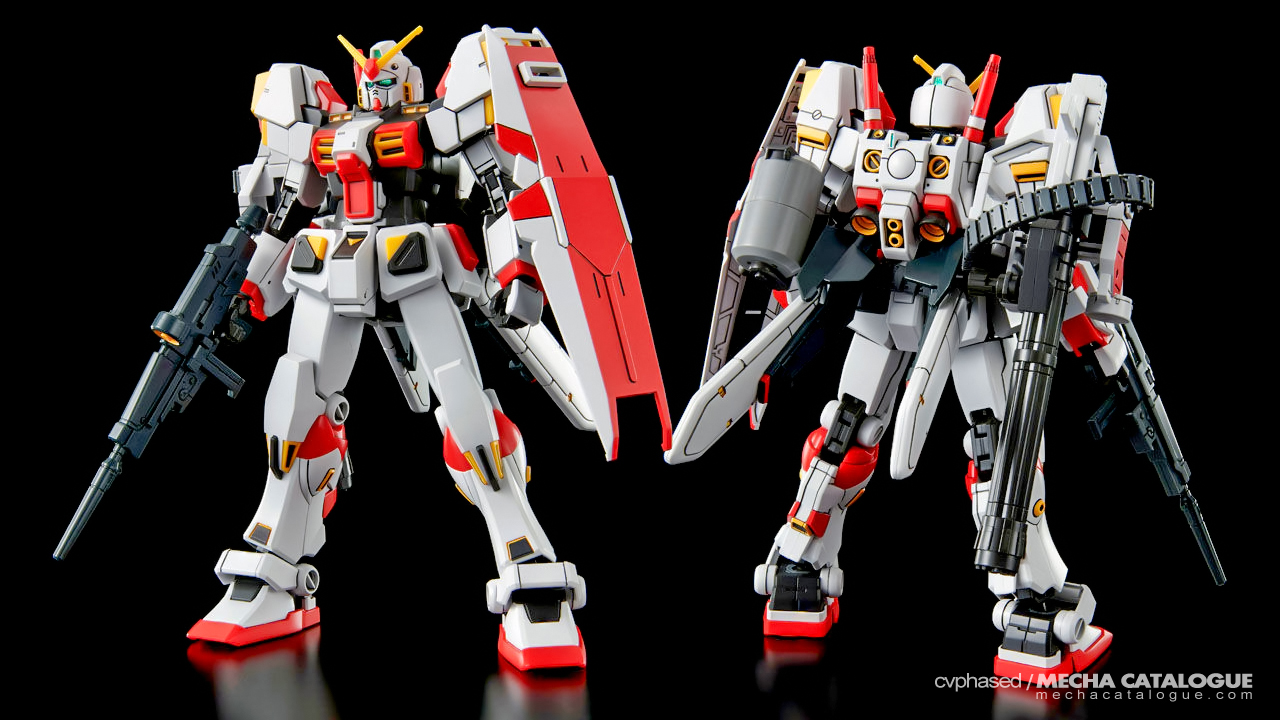 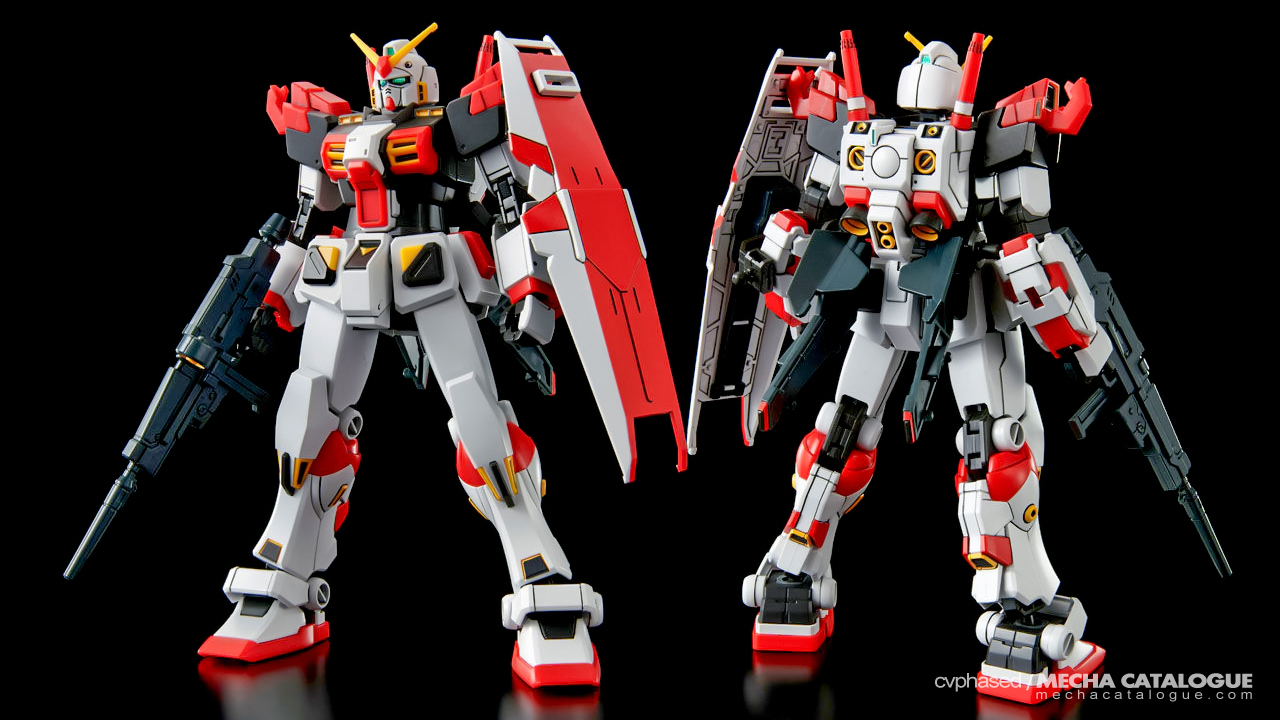 Similar to its predecessor, you can also convert Gundam G05 into its normal and [BST] forms, which I assume would require you to add the same parts as those from HGUC Gundam G04. The [BST] form also adds its most notable weapon, the Giant Gatling which, as the name suggests, is a high-powered projectile-firing weapon that’s meant to complement the Mega Beam Launcher used by Gundam G04. 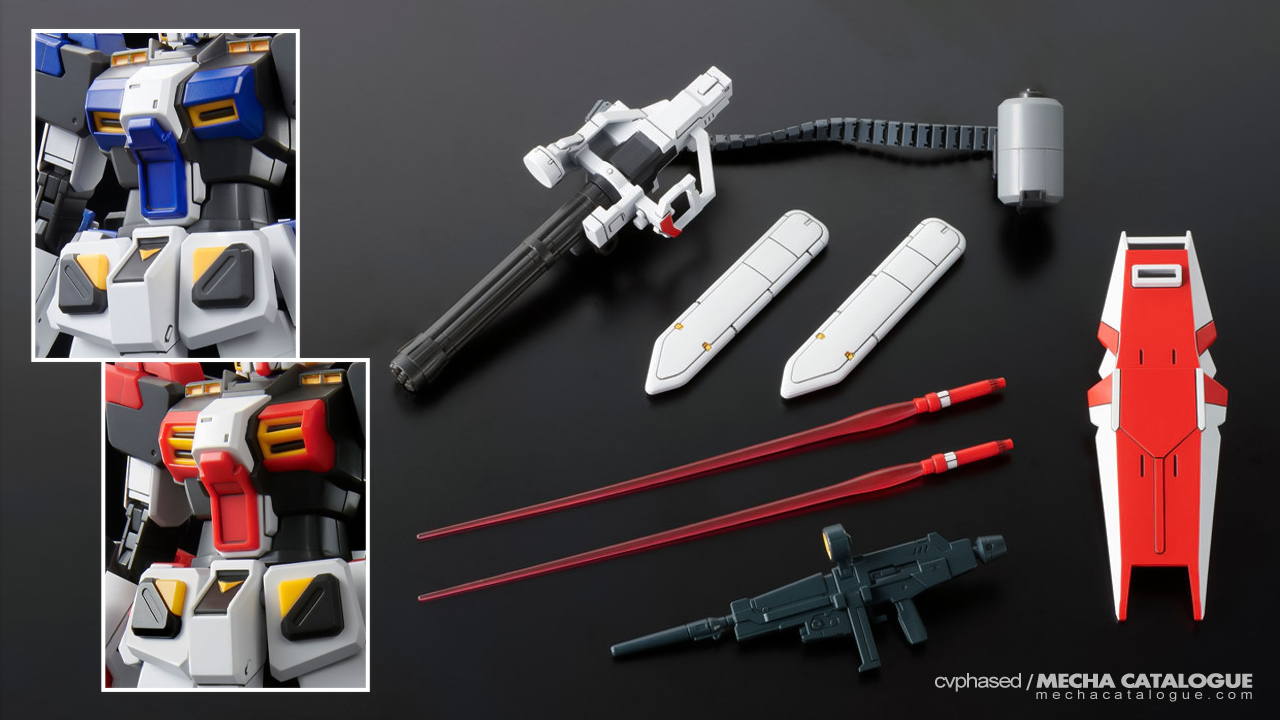 Shown above are the accessories that come with the kit, as well as the different parts between G04 and G05 — which is primarily the double chest vents of the latter. All in all, if you got the Gundam G04, there’s no reason why you shouldn’t get Gundam G05 here. As for my case, since I got two copies of the HGUC Gundam G04, I should also get two copies of the HGUC Gundam G05. Oh boy, the backlog will never run out at this rate.