Just a quick tangent before the post proper and what’s with the title. A couple of years ago, I went to a local Japanese-themed restaurant decorated with various mecha heads on its wall. Being a self-proclaimed mecha fan that I am, I attempted to name every head I saw. And to a good extent I was able to, except for some, including this one. It looked Gundam-ish with the face vents and multiple v-fins though obviously it wasn’t. That might change thanks to this MODEROID solicitation. Okay, enough of that tangent. 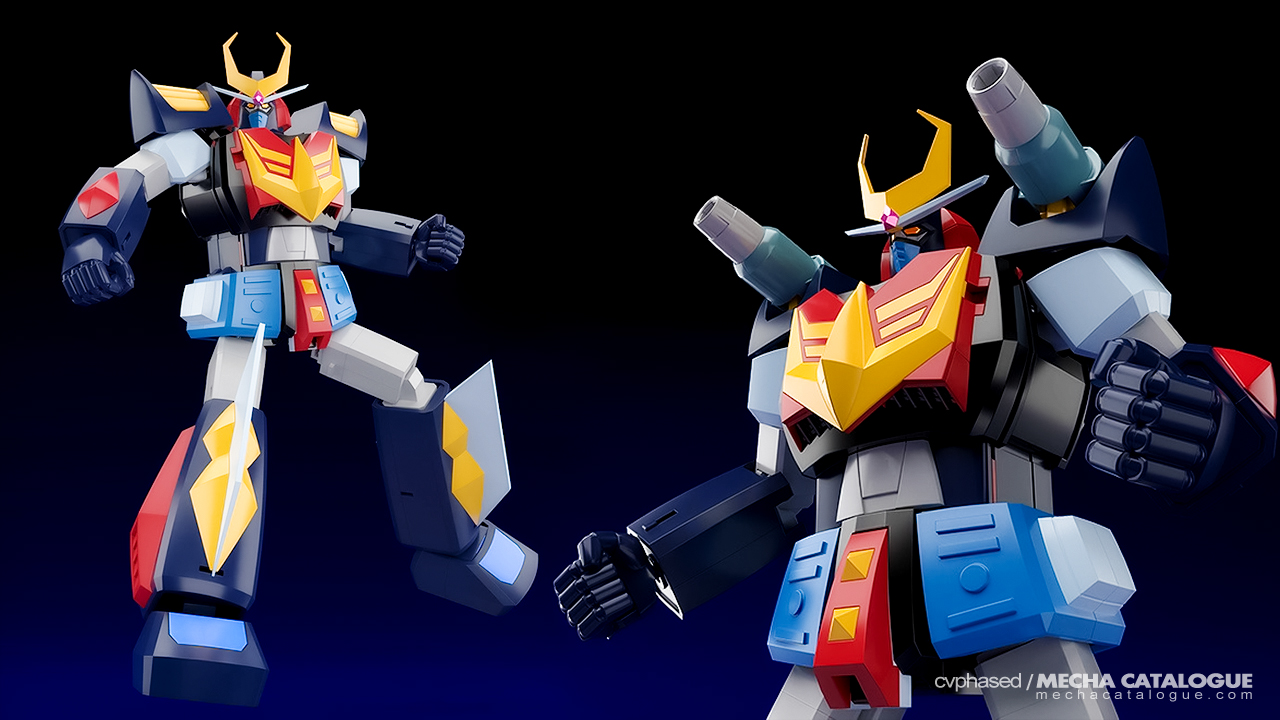 Good Smile Company already has multiple MODEROID pre-orders in the pipeline, including the three from Gaiking: Legend of Daiku-Maryu, yet that doesn’t keep them from opening more solicitations. Adding another super robot to their roster is MODEROID Baldios from Space Warrior Baldios. 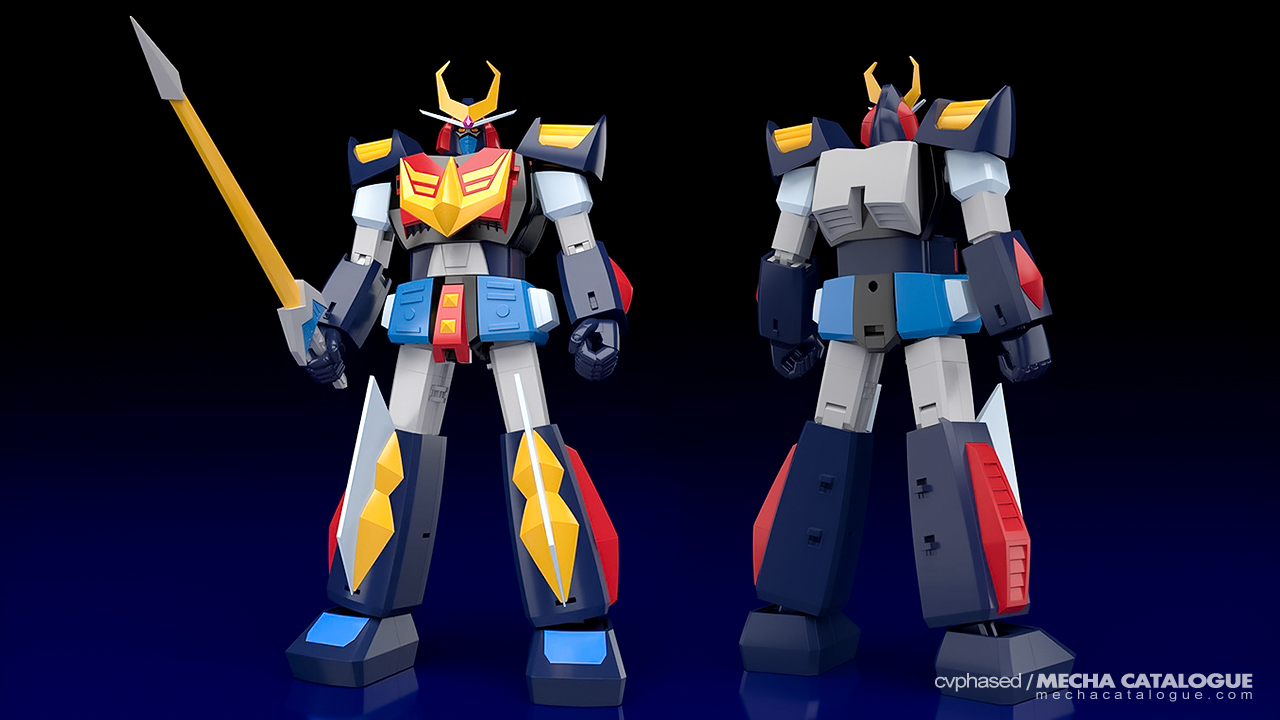 As expected from a MODEROID release, this kit is very faithful to the animation model, from the proportions to the plastic colors out of the box. It’s also expected to be fully articulated while integrating its transformation and combination gimmicks, but more of that later. The kit also comes with the standard loadout of weapons that Baldios uses. These include the Pulse Sabers, Baldi Guard Shield and Shoulder Cannons. 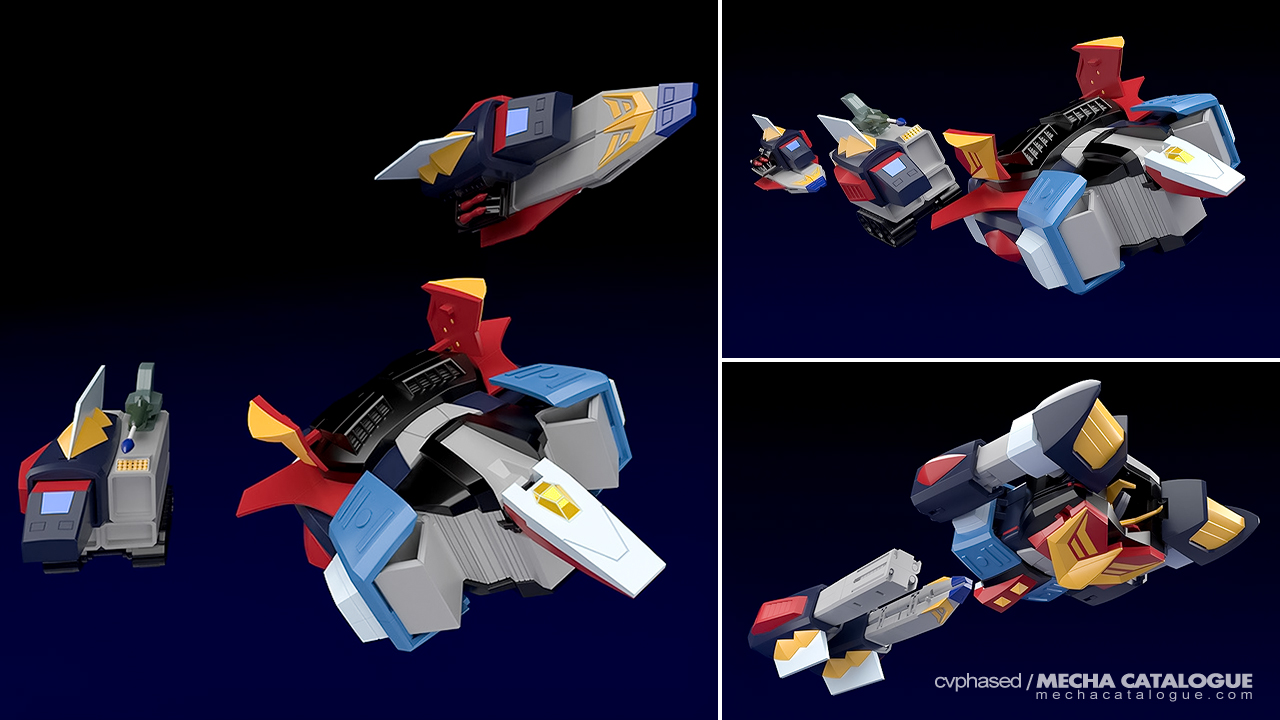 Speaking of transformation, Baldios is comprised of three sub-units — Pulser Burn, Baldi Prize and Cateranger — which, like most sub-units of other combining mecha, have a little semblance to fully functional machines. But hey, it’s anime. In any case, with my first hand experience c/o MODEROID God Mars, I can say that these kits have great engineering to integrate transformation and articulation. What’s interesting though is how Baldios would feature full transformation and will not use replacement parts, as seen from this tweet from Good Smile themselves.

That is why similar to Soul of Chogokin figures, this kit will come with perfect transformation parts, and replacement ones with better proportions. As shown below, these are the parts you can replace to have better proportions after combining Baldios. 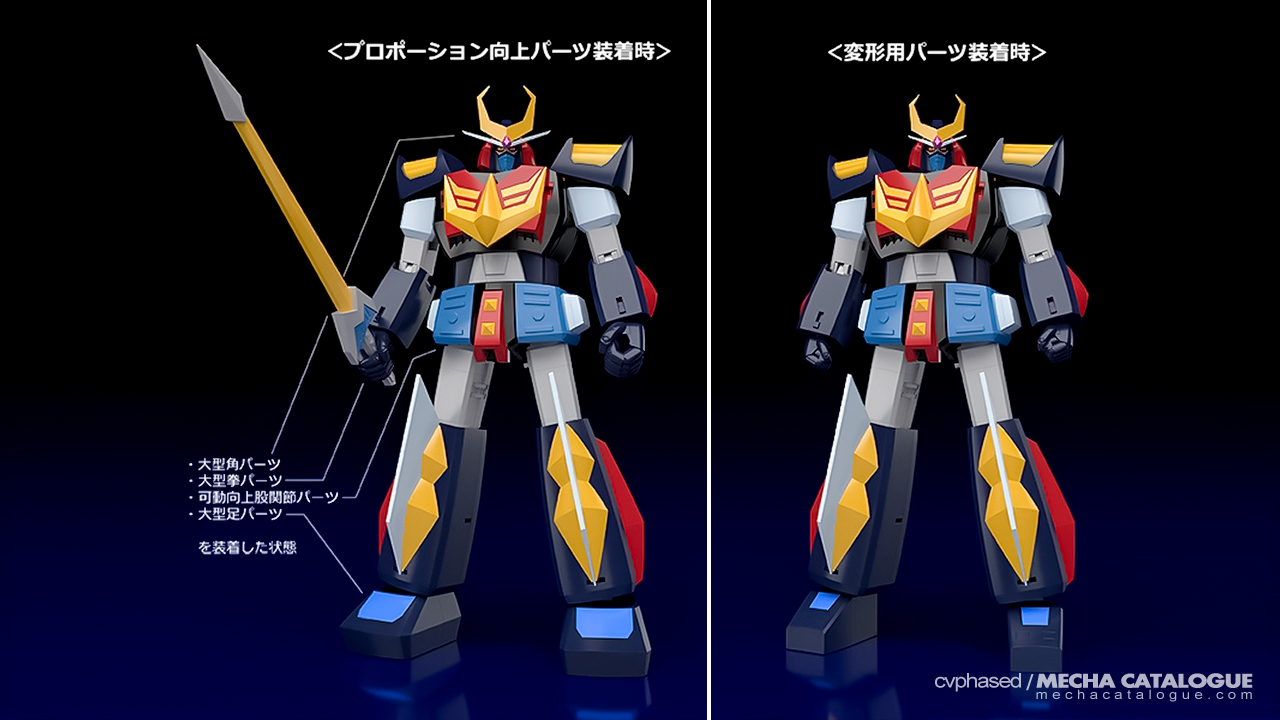 As of now, I don’t have any plans on getting this kit though if I would, probably down the line, I’ll likely get two copies.