While I generally tend to stay away from collecting robots from Japanese ‘tokusatsu’ shows, I do have a couple of collector figures from the various Godzilla films because they do look awesome. On a somewhat related note, I’ve been watching Ultraman Z as it’s available on YouTube with English subtitles and I’m finding myself liking some of the robots there. To those unfamiliar, Ultraman Z features the monster fighting team STORAGE who, instead of using fighter jets like previous Ultraman series, uses robots in their missions. The series is still ongoing and they’ve introduced three robots, with only King Joe STORAGE Custom getting a DX release… until now as Premium Bandai has opened pre-orders for a collector grade figure of Sevenger, the first robot in the series. And it actually looks good! 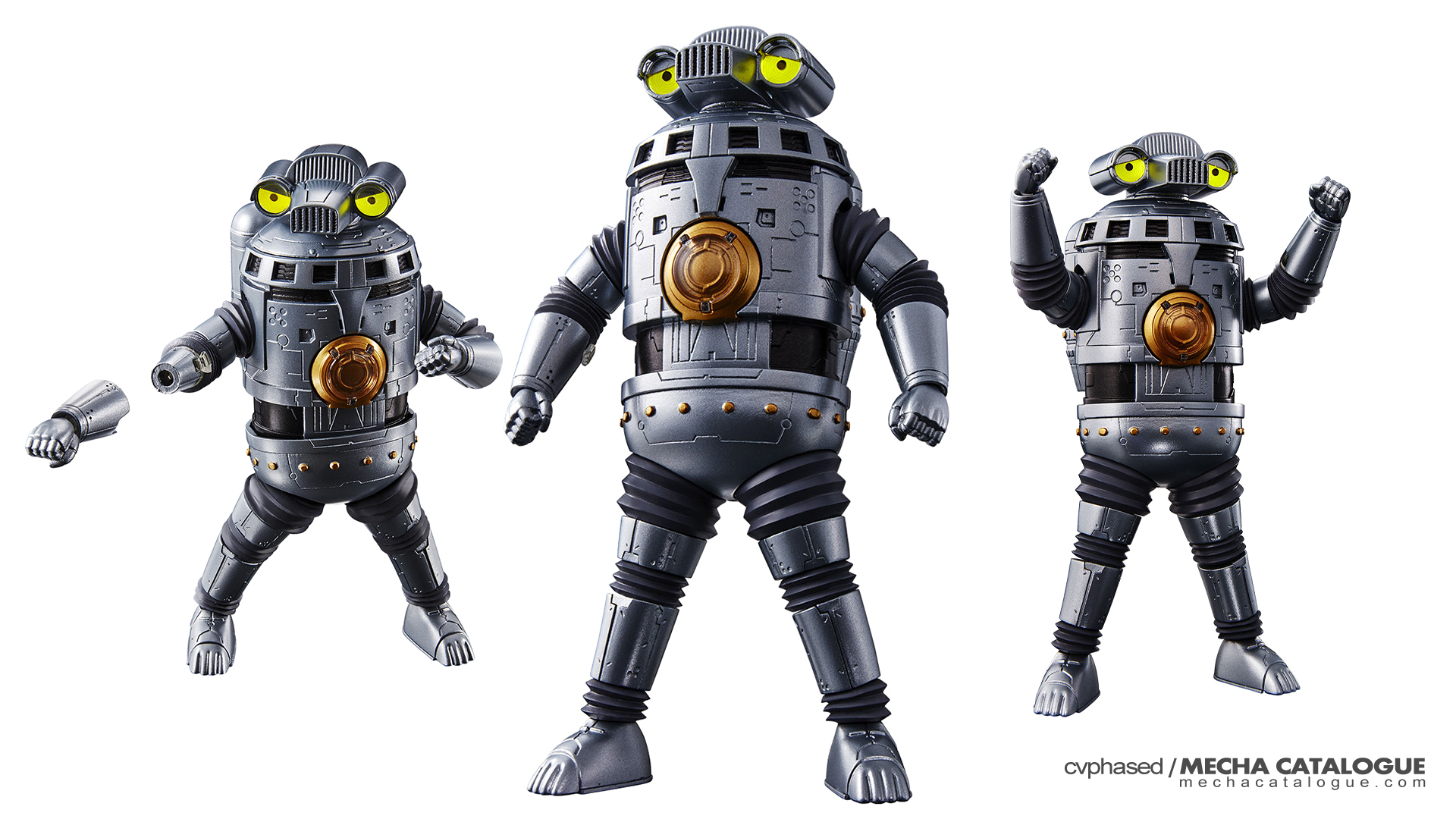 Looking at its design, Sevenger would totally fit alongside MechaGodzilla and the rest of its gang, especially with this premium-looking figure. Unlike DX King Joe STORAGE Custom which totally looks like a toy that would go well with Super Sentai stuff, Sevenger over here looks a much more realistic robot, if you can get over the borderline anime-ish design with those big yellow eyes. With the benefit of getting designs directly from Tsuburaya Productions’ Light Sculpture Studio (LSS), you can expect crisp detail coupled with great paint work with this figure. 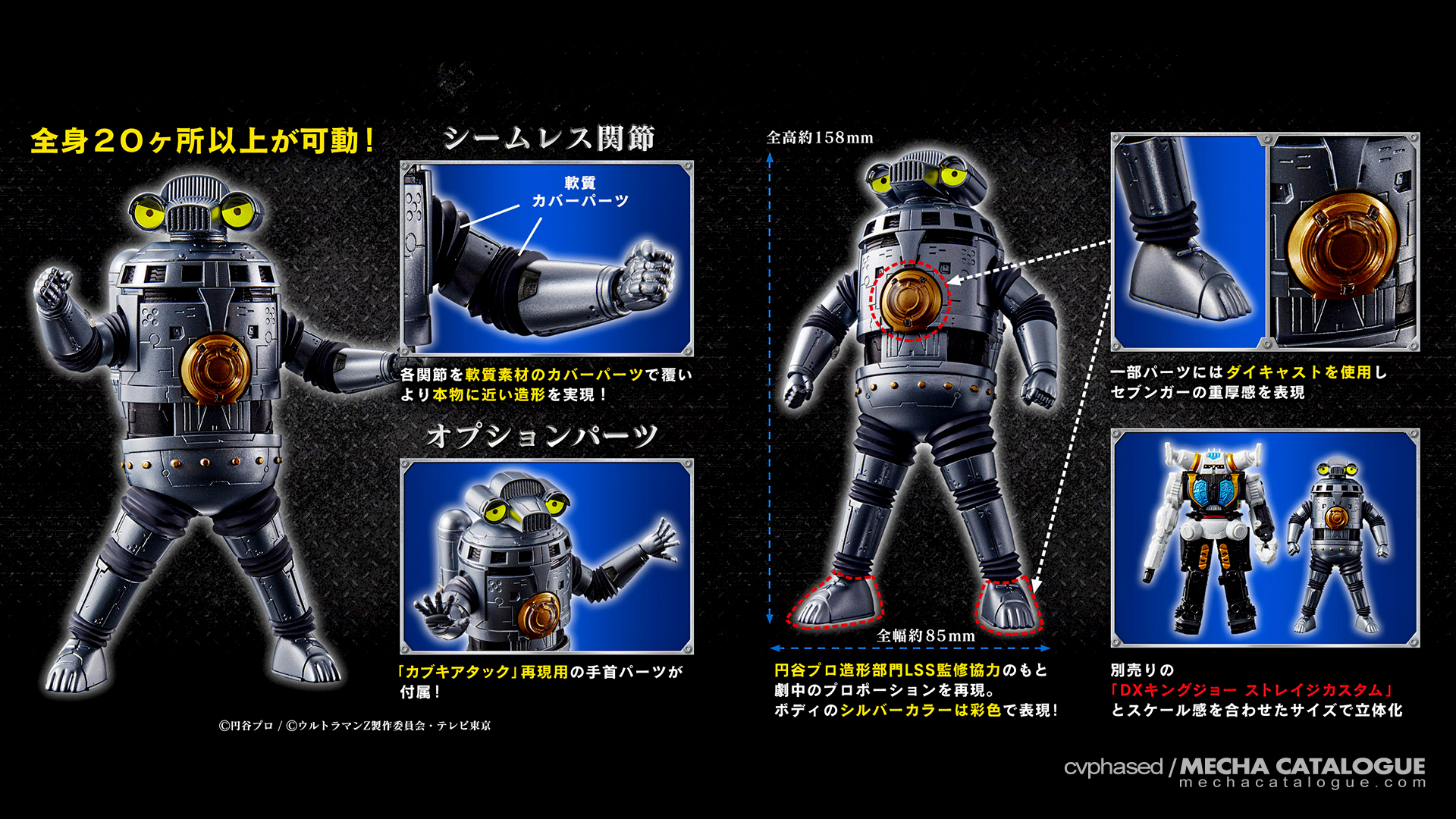 Sevenger stands at 158 mm, which can perfectly accompany the DX King Joe STORAGE Custom or some of your S.H.Figuarts Ultraman figures, or even your S.H.MonsterArts robots. While not the most poseable figure out there, it does have 20 points of articulation which I think is just alright given how it fights in the series. It also uses some die cast parts, particularly on the central chest part and the ankle units. 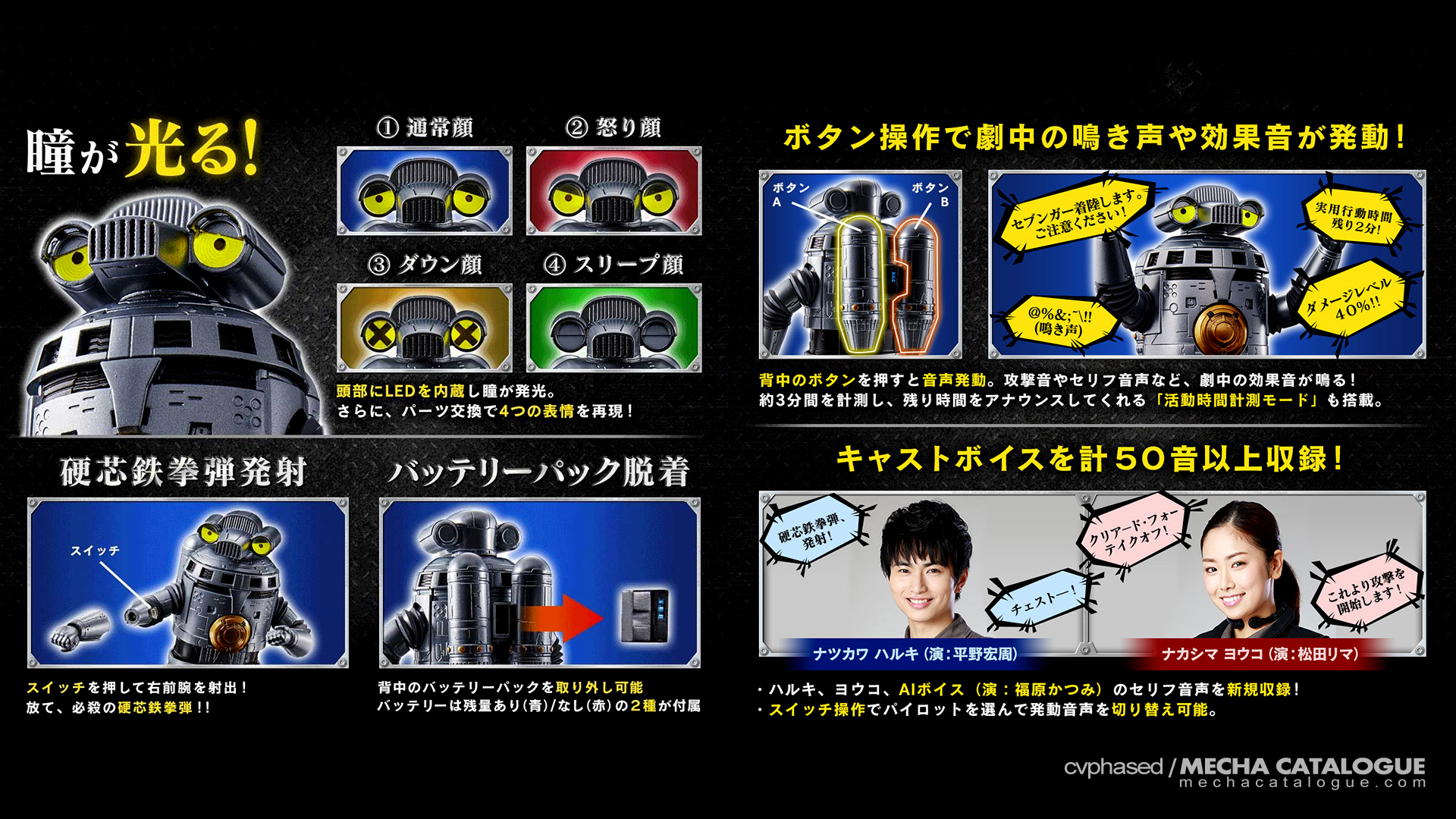 Its optical units also light up with the built in LEDs and also comes with replacement parts to replicate multiple ‘expressions’, as well as a rocket punch attach upon a press of a button on its right arm unit. Lastly, it has a lot of included voice clips as heard in the series. These include voices of the STORAGE computer AI and two of the lead actors who play the main pilots in the series.