Having finished the HGAW Gundam X / X Divider dual build early in September, I’ve already decided on the next kit on my list when I suddenly had a desire to take a break from building Gunpla. And it doesn’t mean that I’ll be taking a break from building kits altogether. I just wanted to build a non-Gunpla kit. I have boxes and boxes worth of non-Gunpla kits in my backlog and I decided to go with a super robot one, the MODEROID God Mars. 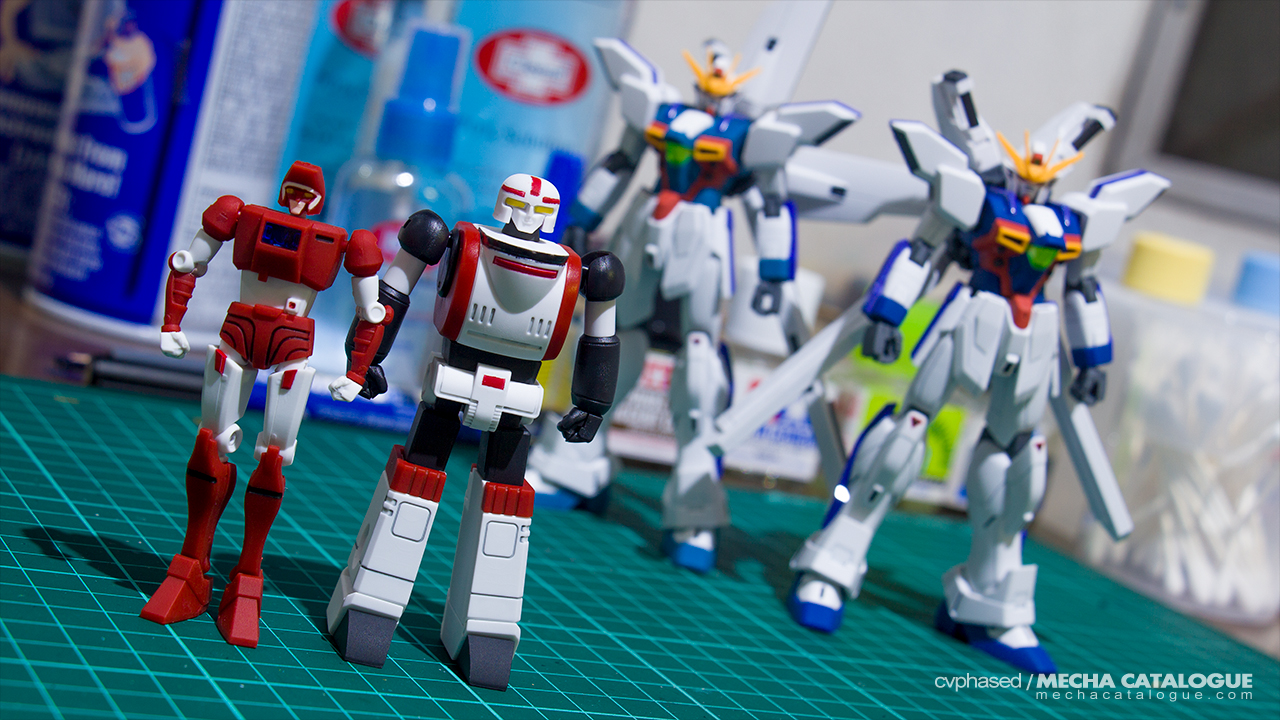 The interesting thing about MODEROID kits, especially for super robots like God Mars, is that they’re engineered almost the same as Super Minipla kits. This means they have incorporated any combination features, most likely via parts replacement, without sacrificing any articulation of the resulting machine. That said, God Mars isn’t exactly a complicated combining robot, it’s very similar to the Shogun Megazord from Power Rangers where six smaller robots combine to form one large robot.

As you can see, I’ve completed Gaea (red) and Uranus (White/Red/Black), with the latter both in its robot and larger arm modes. The builds are also easy, I’m just taking my time in painting some of the smaller details, for already small robots. The smaller robots have decent poseability, especially Gaea, while Uranus has some limitations, particularly on the arms. Regardless, the focus of this kit is actually God Mars itself. So I’m hoping to finish it in October.

Afterwards, I’m thinking of once again skipping my planned next build for a kit that definitely deserves to cap off the hell of a year that’s 2020.