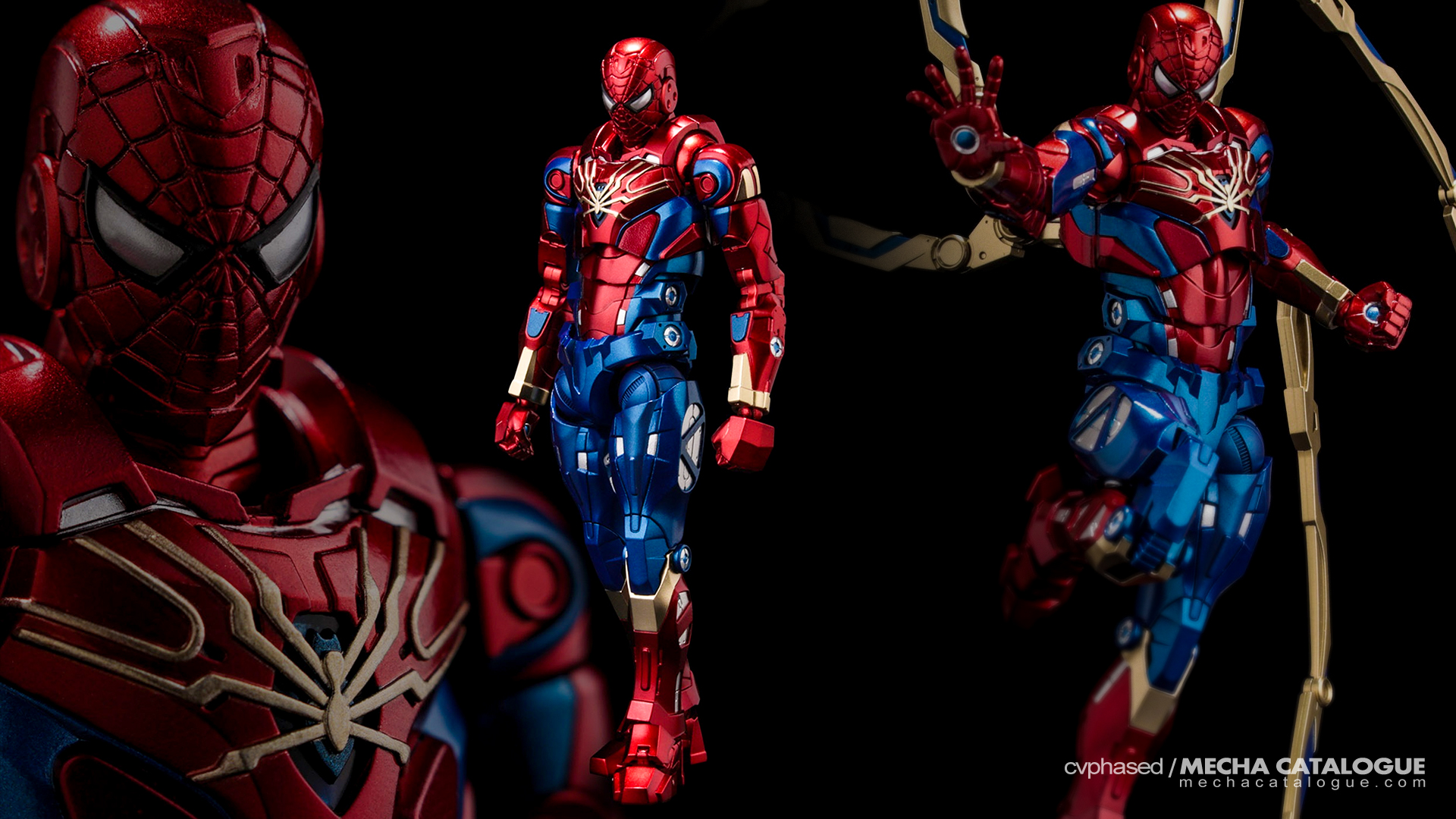 When Sen-Ti-Nel launched the Fighting Armor line, their intent was to create this "what if" scenario where Tony Stark creates Iron Man-esque armors for various Marvel characters. A character that he did create an actual armor for is Spider-Man with the Iron Spider armor. That said, I never liked the Iron Spider design as it wasn’t mechanical enough unlike the Iron Man suits. So it really delighted me when Sen-Ti-Nel revealed the next figure in the Fighting Armor line, Iron Spider, in a design that’s more mechanical and similar to the Iron Man armors. So, let’s take a look! 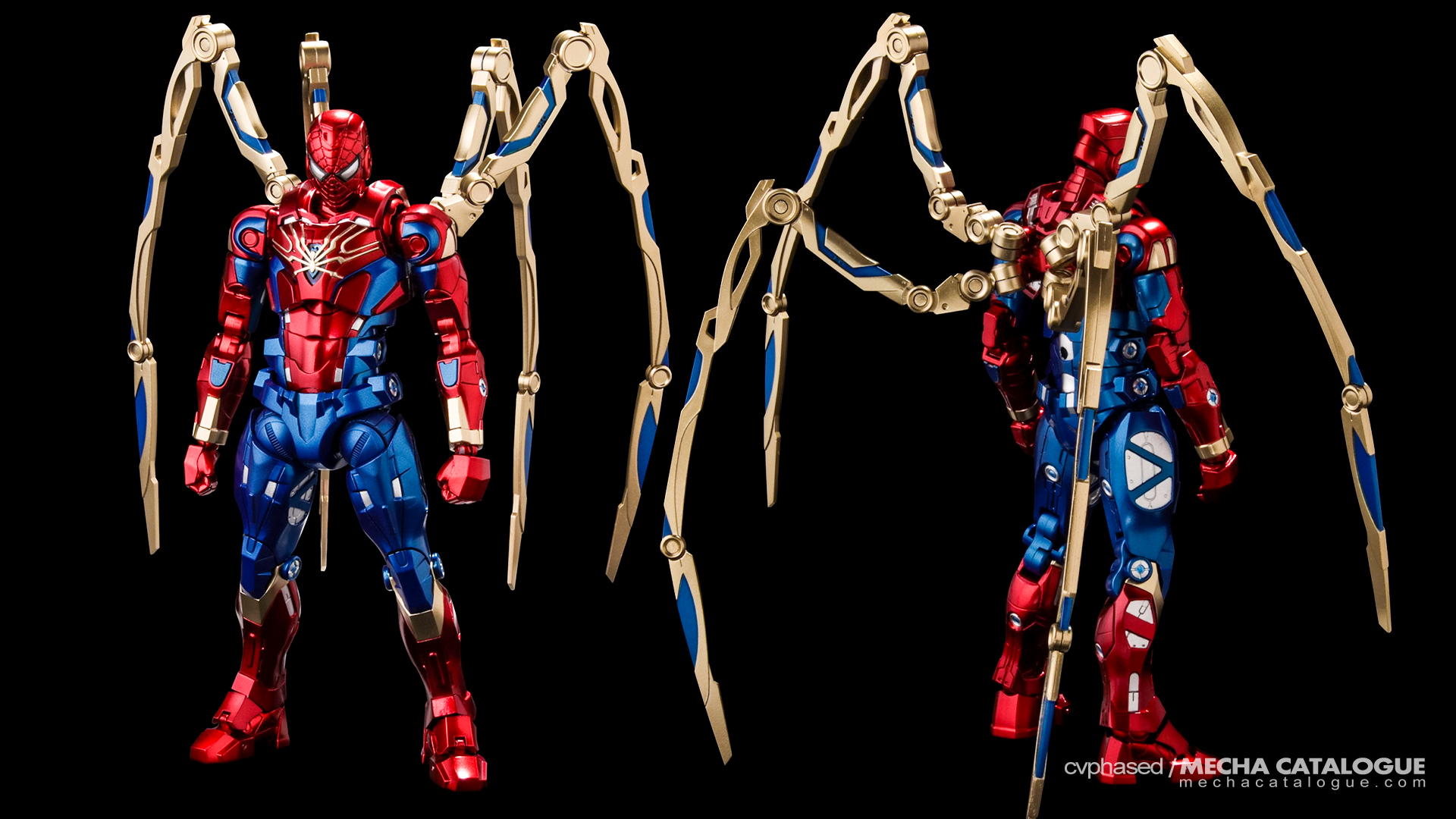 This version is a redesign from the original red and gold Iron Spider design and is more similar to the original red and blue Spider-Man suit. And as mentioned, it has a more mechanical aesthetic that’s also similar to the to-be-released Fighting Action Iron Man. A trademark of the Iron Spider suit are the mechanical spider arms that protrude from its back and it’s very much replicated in this figure. Each arm is articulated and can be posed in a variety of ways. 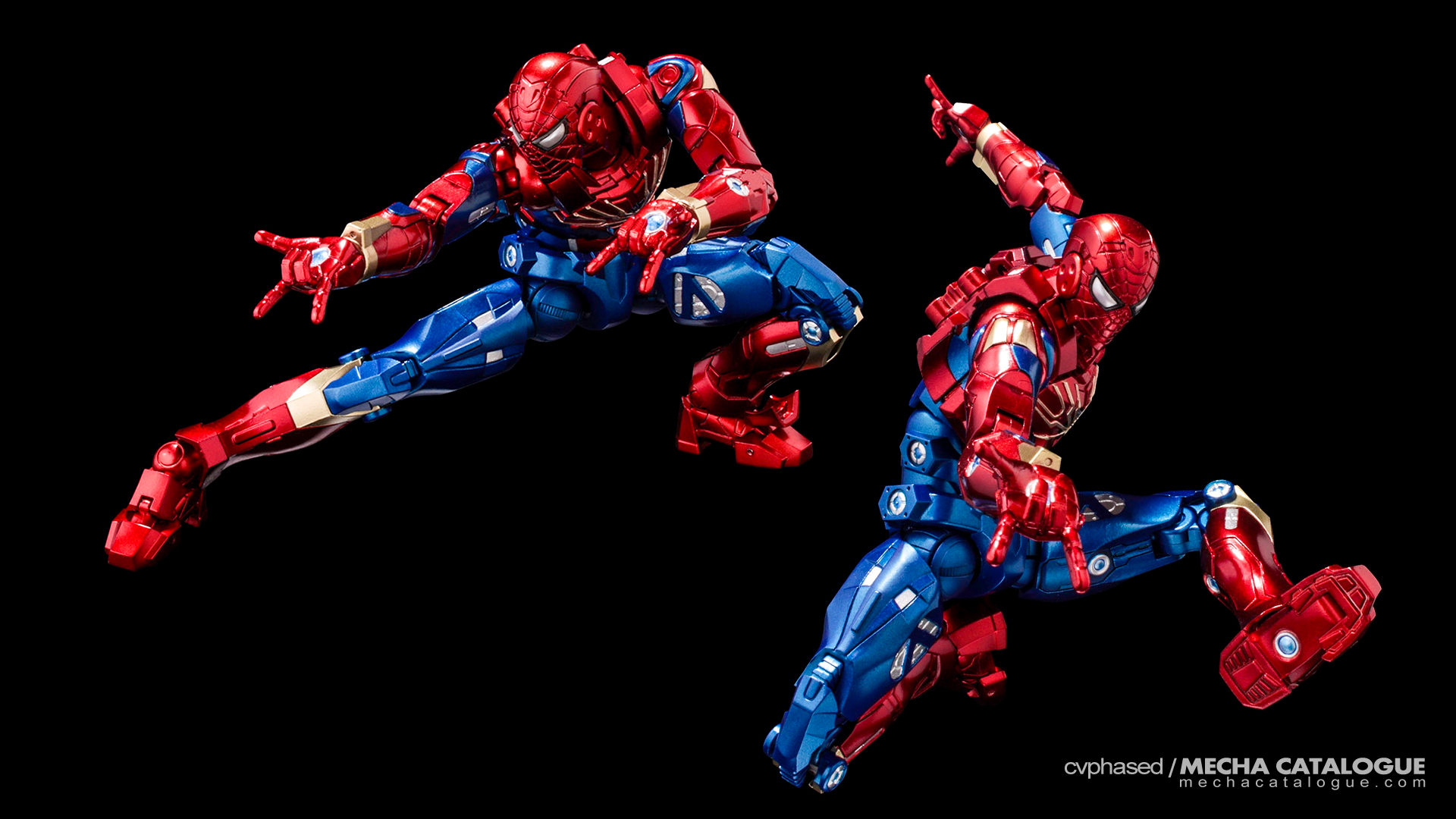 Speaking of articulation, this version of Iron Spider is very articulated despite its bulkier and more mechanical armor panels. This allows you to replicate all those very dynamic poses that Spider-Man does in the comics. A apparent trend with these Fighting Armor designs are the presence of multiple Repulsor units all over the suit. This is clearly a Tony Stark signature and I’m glad that the figures in the line would be carrying the same aesthetic. 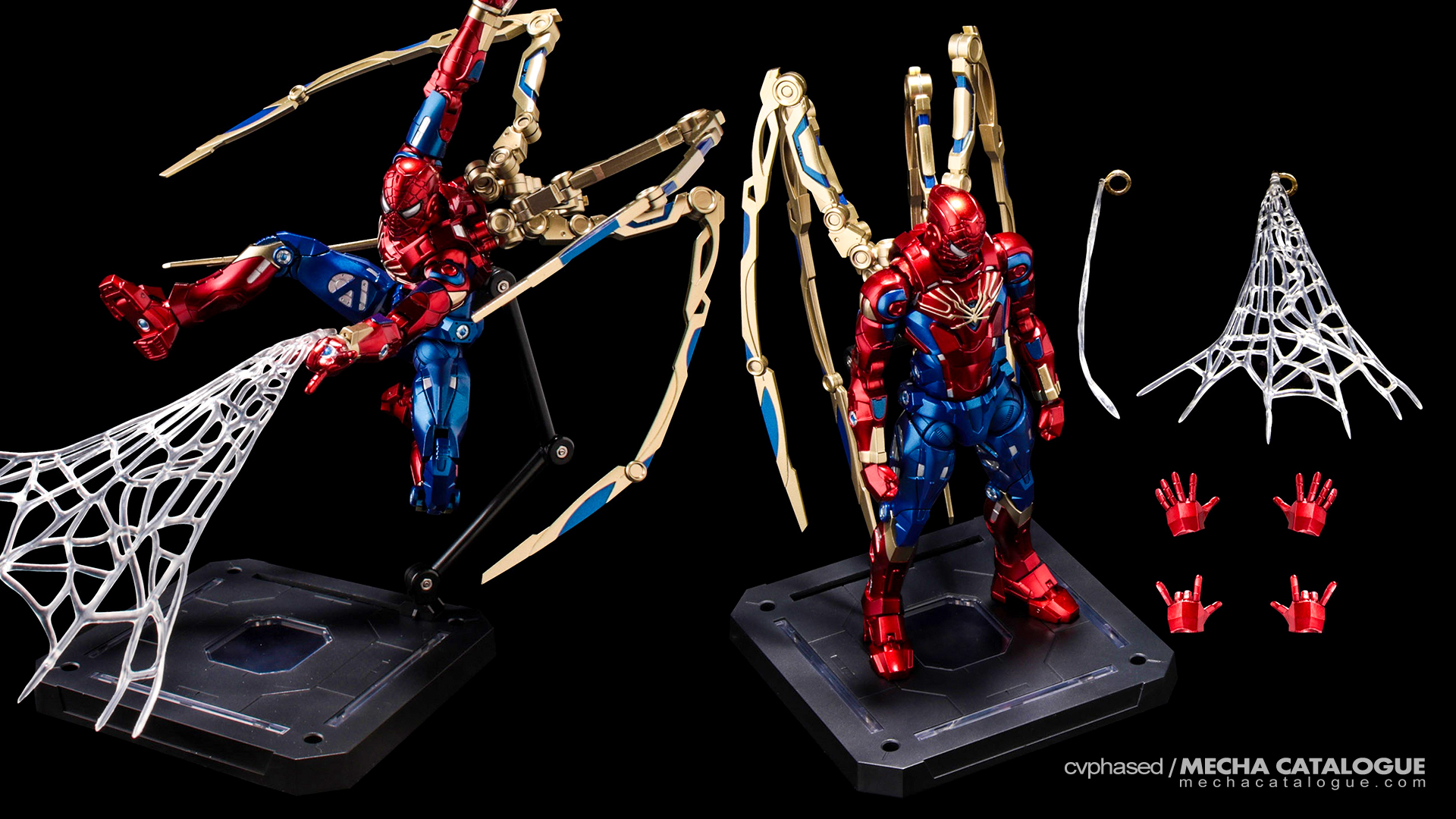 For accessories, Iron Spider comes with a couple of web shooter effect parts, a couple of replacement hands, and a display base for inflight and dynamic poses. 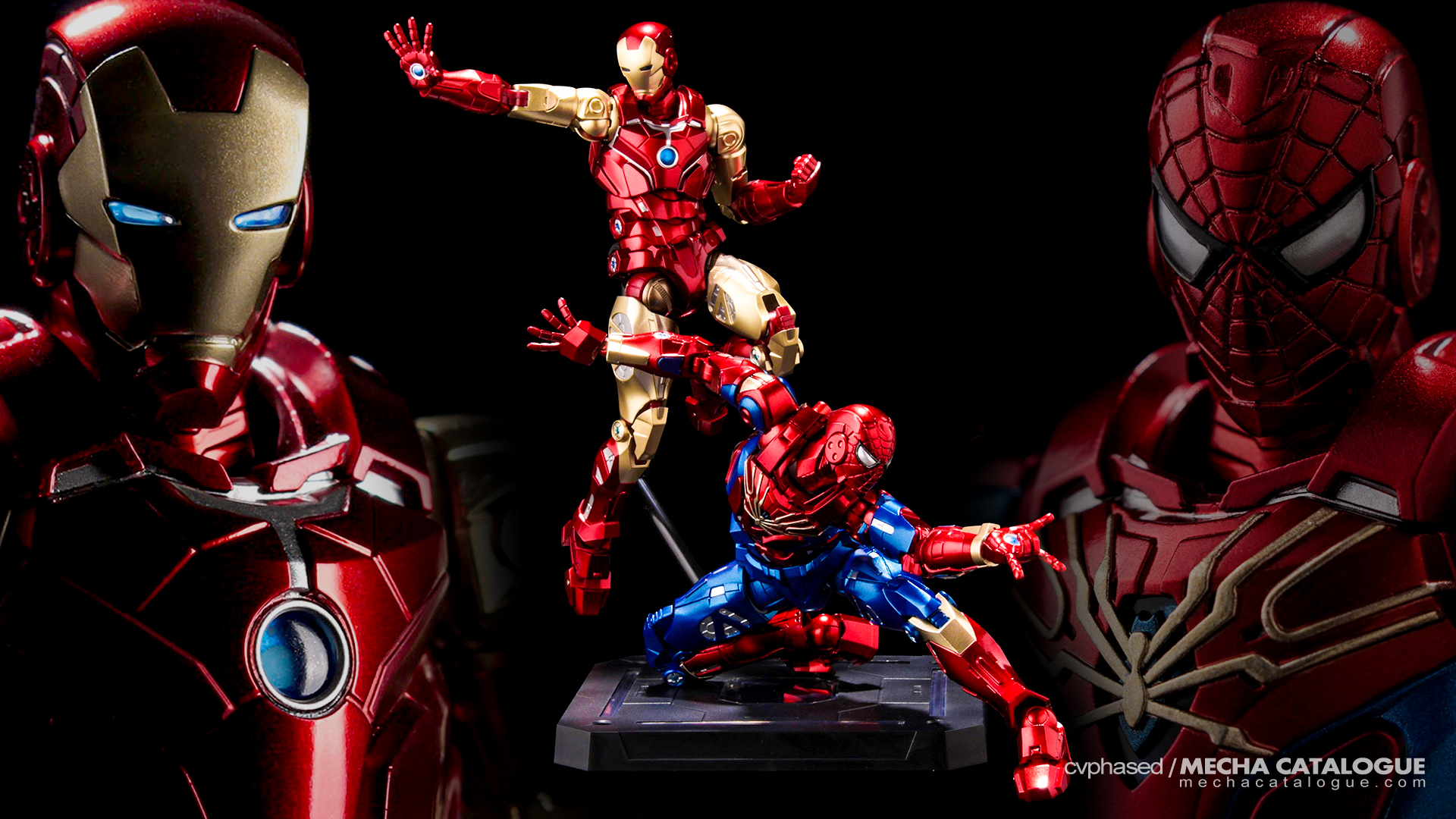 Overall, I really like the design they went with for the Fighting Armor Iron Spider. It clearly shows that concept of Tony Stark building armors for other Marvel superheroes. It does make me curious how’d they approach other characters like Captain America or even Deadpool. But for now, this again looks like a must buy.