I’m glad that we’re speeding through 2020 and just like that, we’re almost in the middle of August. Which means a whole new batch of kits to be released and teased via these amazing packaging. So let’s dive in! 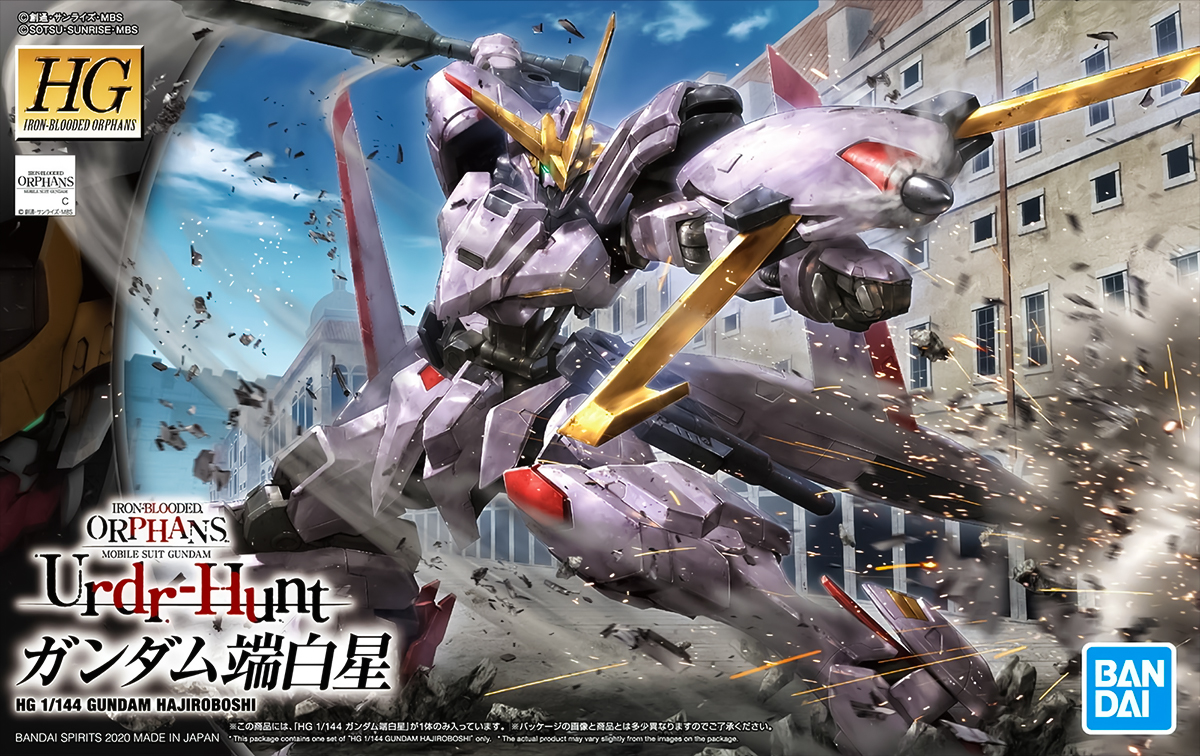 First up is the successor unit of the Gundam Marchosias and is the lead machine in the mobile app game Mobile Suit Gundam IRON-BLOODED ORPHANS Urðr Hunt, the Gundam Hajiroboshi. I haven’t bought the HG Gundam Marchosias as I was waiting for this guy for a future double build. I’m also aware that the former required quite the number of color-correcting seals to be accurate to the design. I’m hoping that it won’t be the same for this guy but regardless, I am inclined on getting both kits. Though not really in a rush, but still inclined. 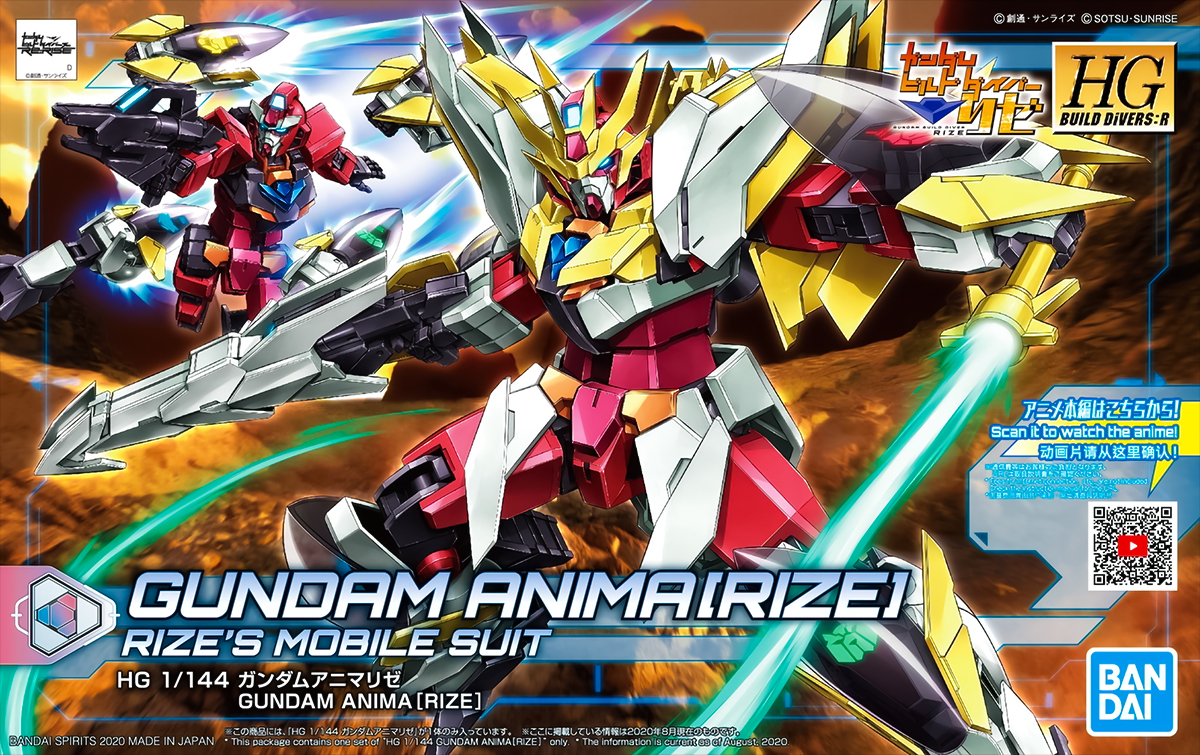 We’re also getting this month the fifth Core Gundam variant with the HGBD:R Gundam Anima[Rize]. To those unfamiliar, it’s an animal-based Gundam using the same or a variant of Hiroto’s Planets System and appears in the side story Gundam Build Divers Rize. I haven’t read the manga but to those curious, Gundam Wiki has this page explaining why we’re getting another Core Gundam. 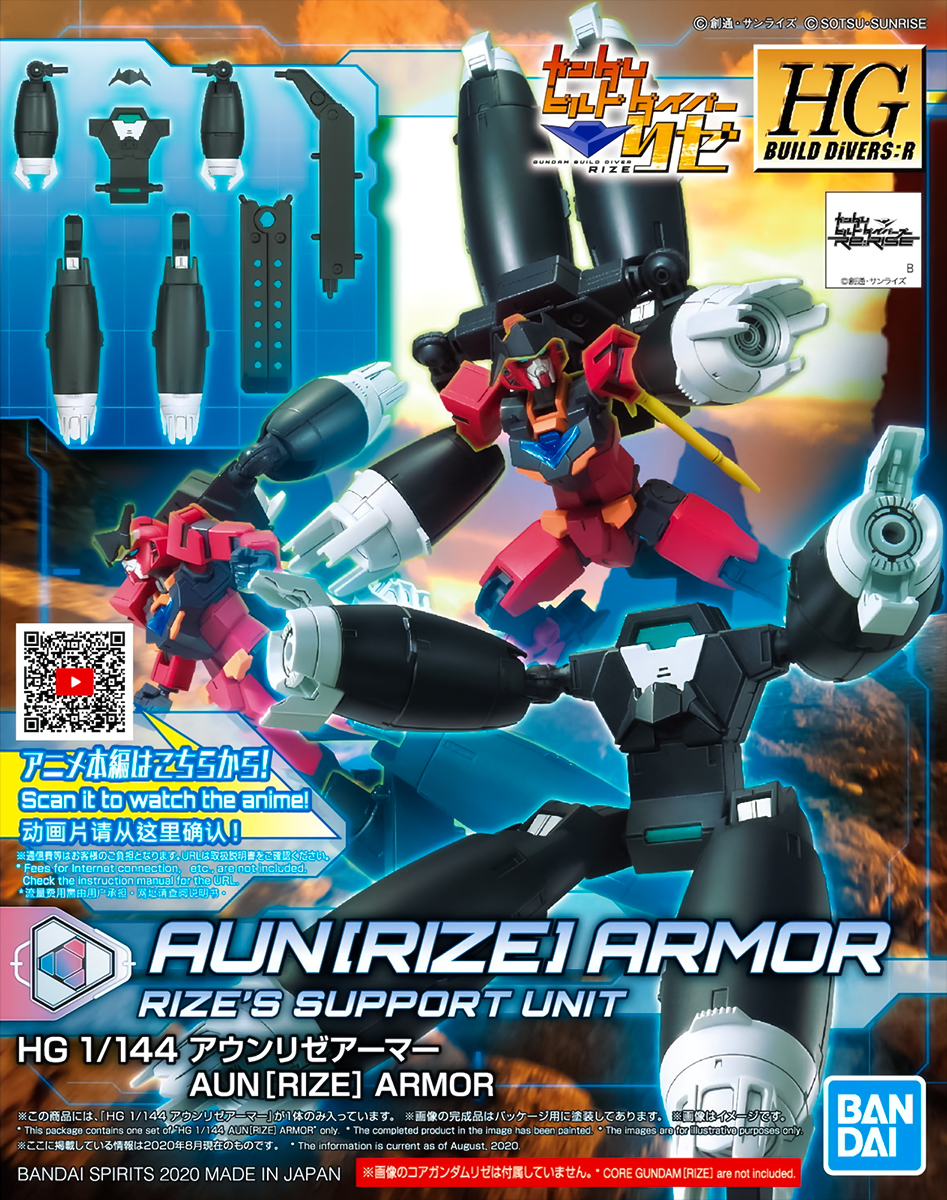 I don’t usually include accessory or support weapon kits in these packaging posts but this one is an exception. If you’ve been getting the various armor units of the Core Gundam, or even the Alus Core Gundam, then you’re very much familiar on how these are built. But the HGBD:R Aun[Rize] Armor is very different. Instead of an armor unit covering the Core Gundam, the Aun[Rize] Armor just extends either the leg or arm units to form the Speed Booster or Power Armor types respectively. It also takes a humanoid mobile suit form when not docked. So if you’re getting the Gundam Anima[Rize], you might as well get this complementary kit. 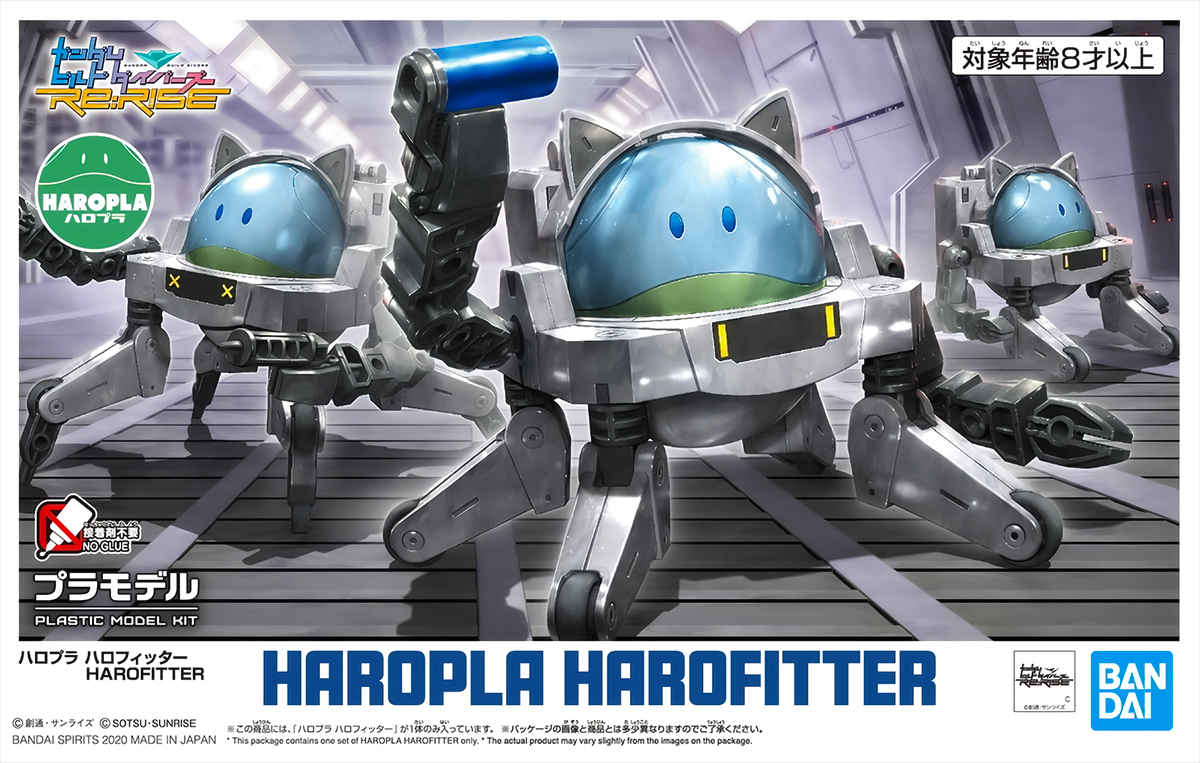 Capping this list is the second Haropla kit sort of based on industrial machinery, the Haropla Harofitter and has already appeared in a previous episode of Gundam Build Divers Re:RISE. I assume it will have more similar construction with the Haropla Haroloader than the Haropla Mobile Haro, the latter being the most awesome Haropla so far. But regardless, if you like these Haro variants then by all means get a copy of this kit. I’ll still stick with the Mobile Haro though.