Following up on their successful Fortnite Legendary Series figures, Jazwares takes up another game franchise with their Halo Spartan Collection. Prototypes of the initial figures were already seen during Toy Fair 2020 and they’re now opening solicitations for the first wave, which includes the three figures seen below. 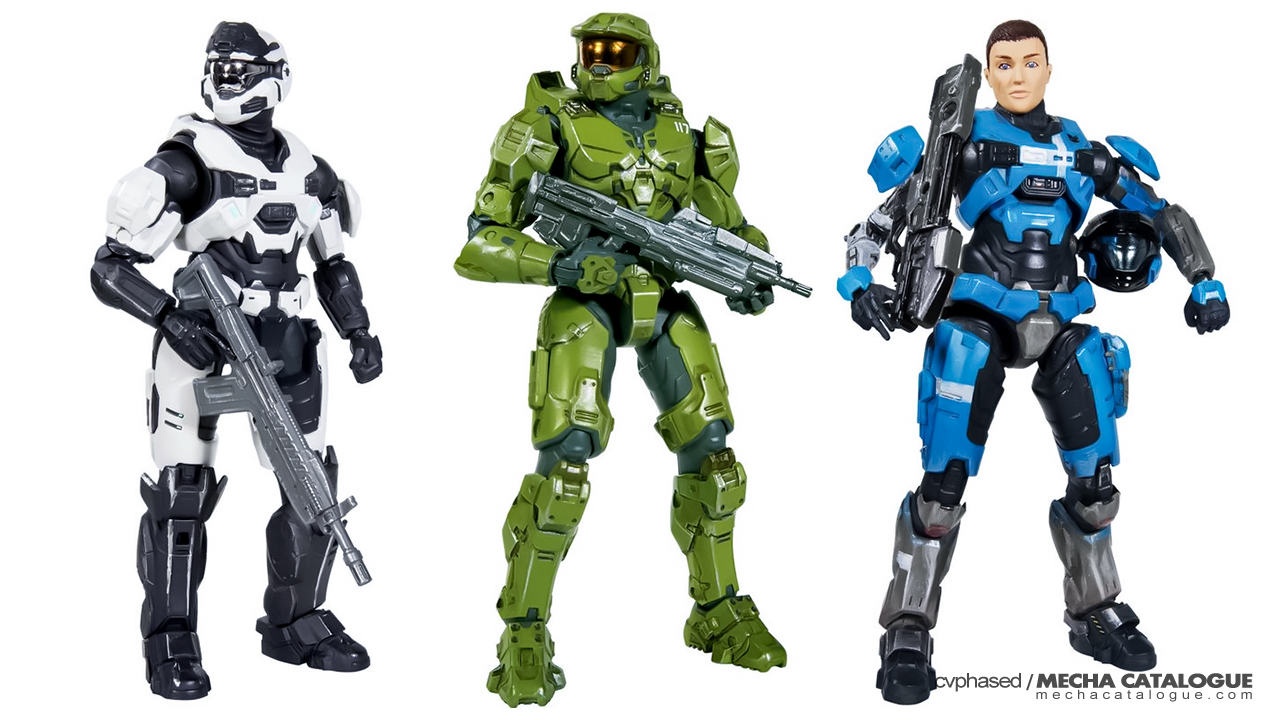 Leading the wave is of course Master Chief in some version of his signature green powered armor. Being the most knowledgeable of the Halo franchise, I had to turn to Reddit and found out that this is the MJOLNIR Powered Assault Armor GEN 3. This is a good and cost effective alternative to the 1000toys’ RE:EDIT MJOLNIR Mark V which, both being more or less at the same scale.

Along Master Chief are a two more figures using the same MJOLNIR Mark V base body. First is a generic Spartan soldier using a black and white powered armor and wielding a VK78 Commando Rifle. The other is Kat-B320 or Noble Two as she appeared in Halo: Reach. She is also using a blue Mark V powered armor but comes with more weapons, including a M6V Spartan Laser and a M6G Magnum pistol.

All three figures are solicited as 6.5-inches tall but given that they’re huge men wearing huge powered armors, these should perfectly fit your 1/12 scale or 6-inch collections. They will be available in October 2020 and priced at $19.99 each.