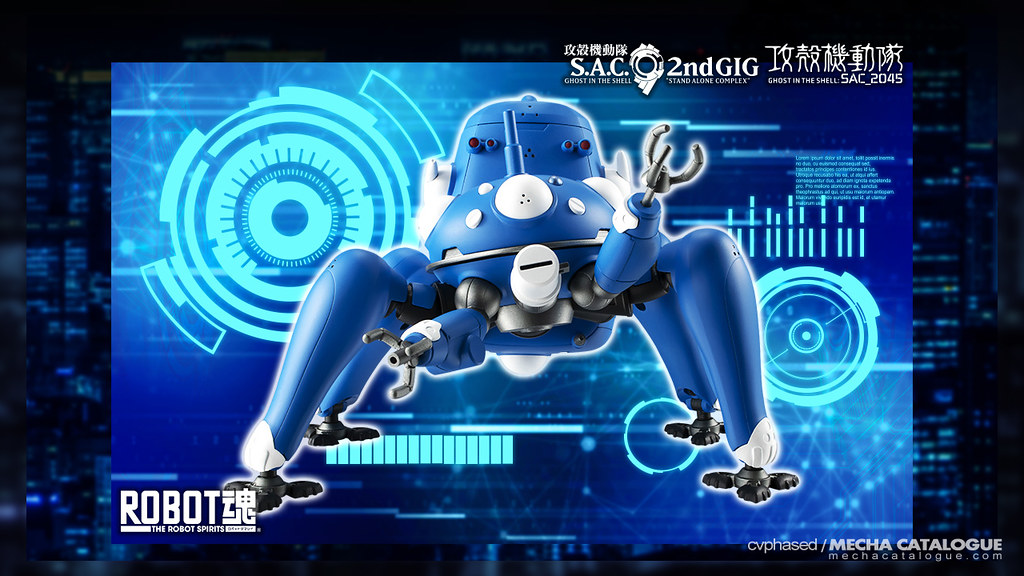 Last April, Tamashii Nations announced the first ⟨Side GHOST⟩ entry in The Robot Spirits line, this being the Ghost in the Shell SAC_2045 version of the Tachikoma. It’s more or less the same Tachikoma we know and love but with slight redesigns. While I haven’t watched the latest installment, it does seem that the classic Tachikoma design also makes an appearance. Which is why Tamashii Nations is also doing the Tachikoma as seen in Ghost in the Shell S.A.C. 2nd GIG. 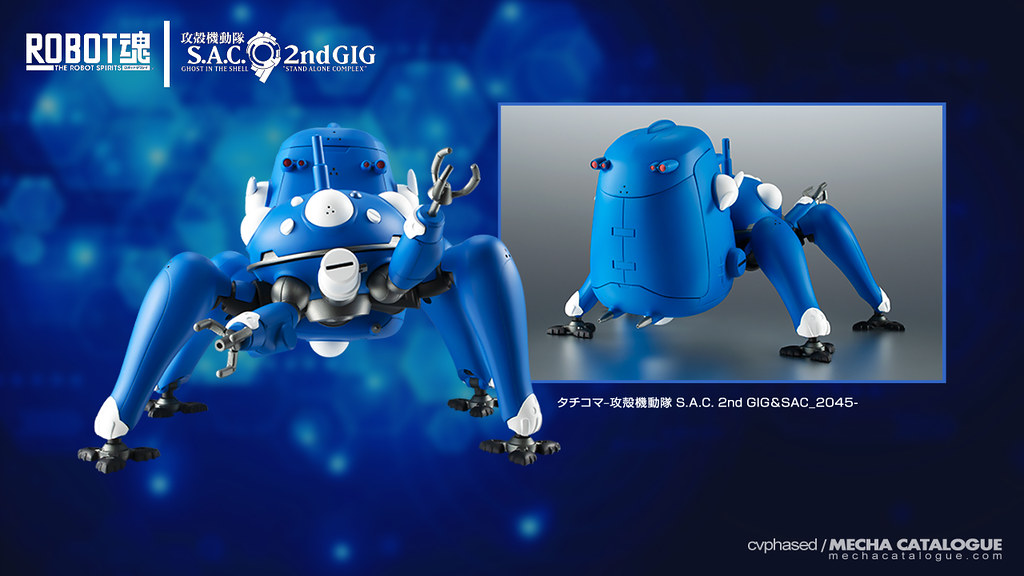 I’m not really sure if the only Section 9’s Tachikoma got the design update but regardless, here’s a chance to display the two designs beside each other. It also appears that most of the changes between the two designs were limited to the backpack units. As for the figures themselves, this version includes an entirely different set of accessories. 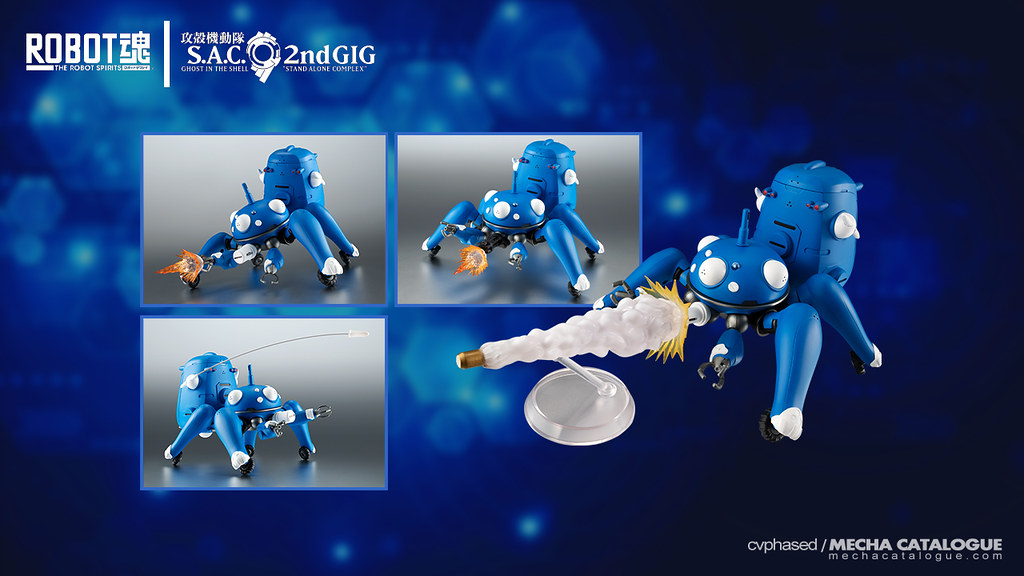 This version comes with effect parts for use with the chain gun, Gatling gun, and for firing the grenade launcher. The latter can use a small display stand for support. It also comes with parts to replicate its liquid wire launchers. 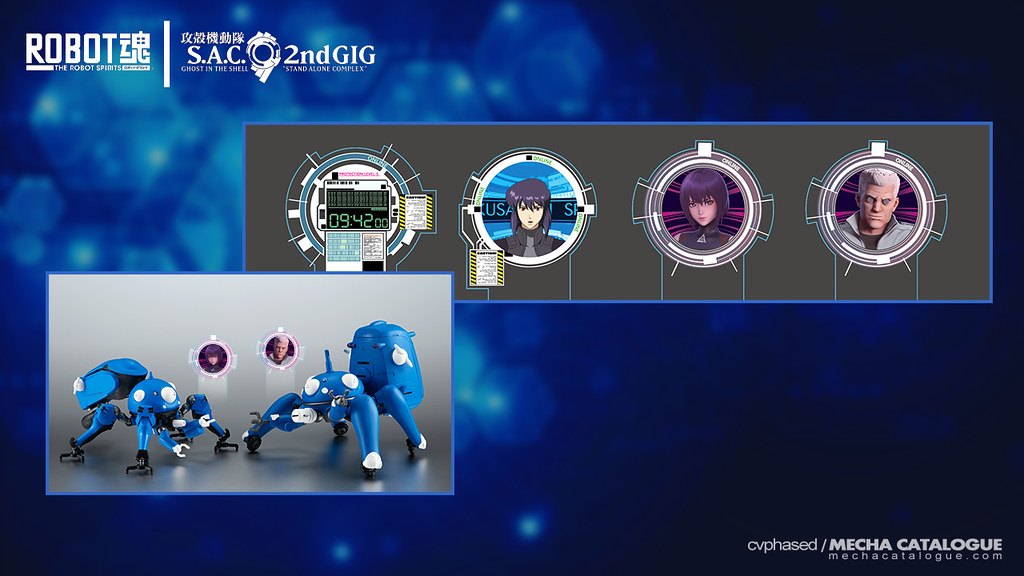 Those wanting to build an army of Tachikomas, now’s the perfect chance to do it!