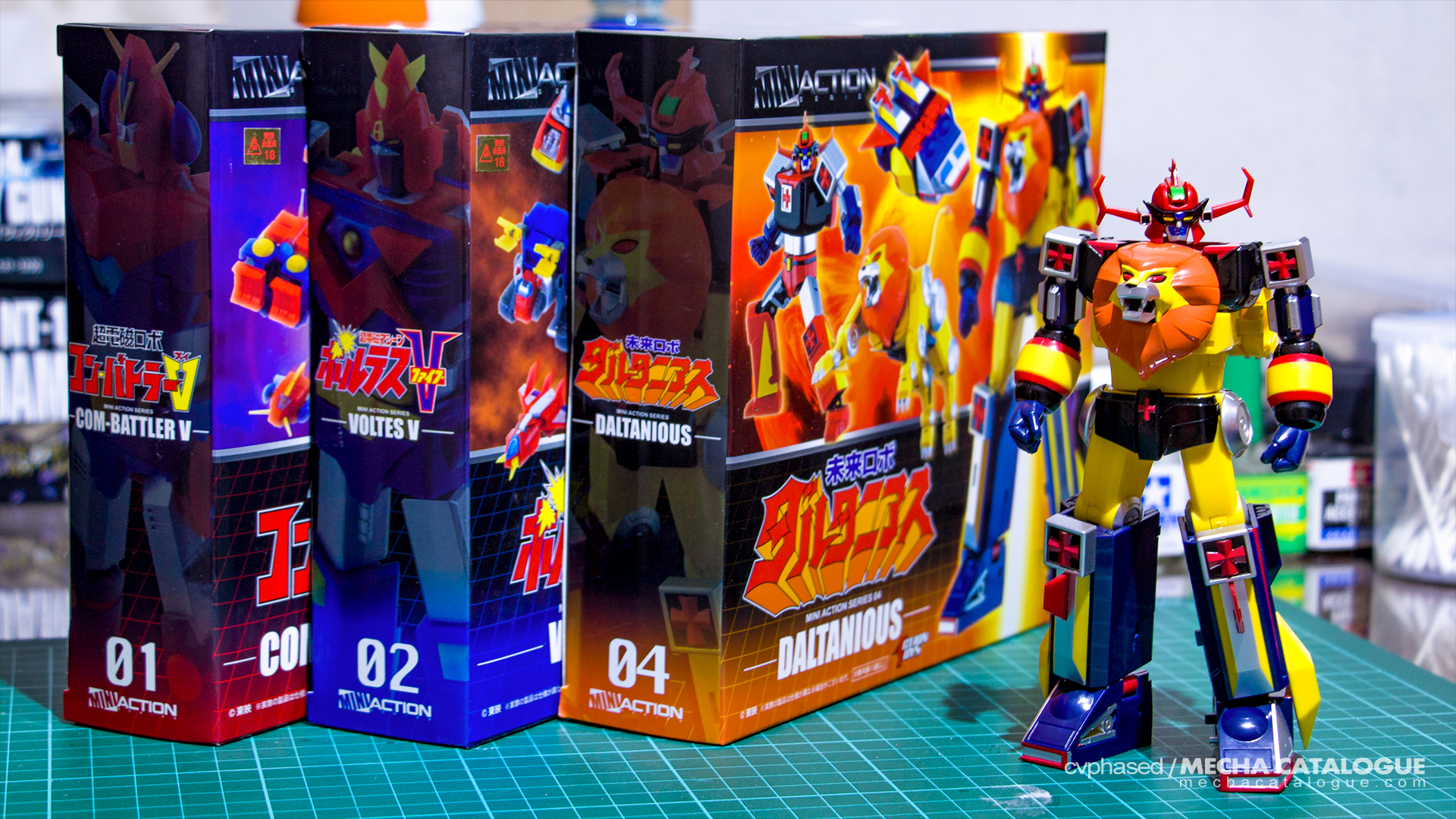 My Mini Action Series Daltanious just arrived last week while my Mini Action Series Daimos is still at HobbyLink Japan’s warehouse due to the current shipping restrictions. Regardless, seeing these figures really made me think of how I really like the concept of smaller, desktop sized fully transformable super robots. For those who know me or if you’ve visited this blog long enough, you’ll probably notice that I have a tendency to collect similarly scaled figures and model kits. From buying Super Robot Chogokin and The Robot Spirits figures, to building 1/144 scale Gunpla, size has always been a consideration in my collection. And while Soul of Chogokin figures are the definitive collectibles when it comes to super robots, their size and price points aren’t the most accommodating.

This changed when Tamashii Nations introduced the Super Robot Chogokin line of portable sized die cast super robot figures that are stripped of any transformation and combination features. For a good number of years, I have access to iconic super robots like Mazinger Z and GaoGaiGar. I always thought the line sold well but they decided to replace it with the Soul of Chogokin Full Action sub brand. Essentially the spiritual successor of Super Robot Chogokin figures, they are smaller and stylized super robot die cast figures devoid of any transformation and combination. The announcement didn’t do anything for me so I was quite bummed. Just around round the same time, Hong Kong-based Action Toys announced the Mini Deformed Series and Mini Action Series lines of transforming super robot figures… 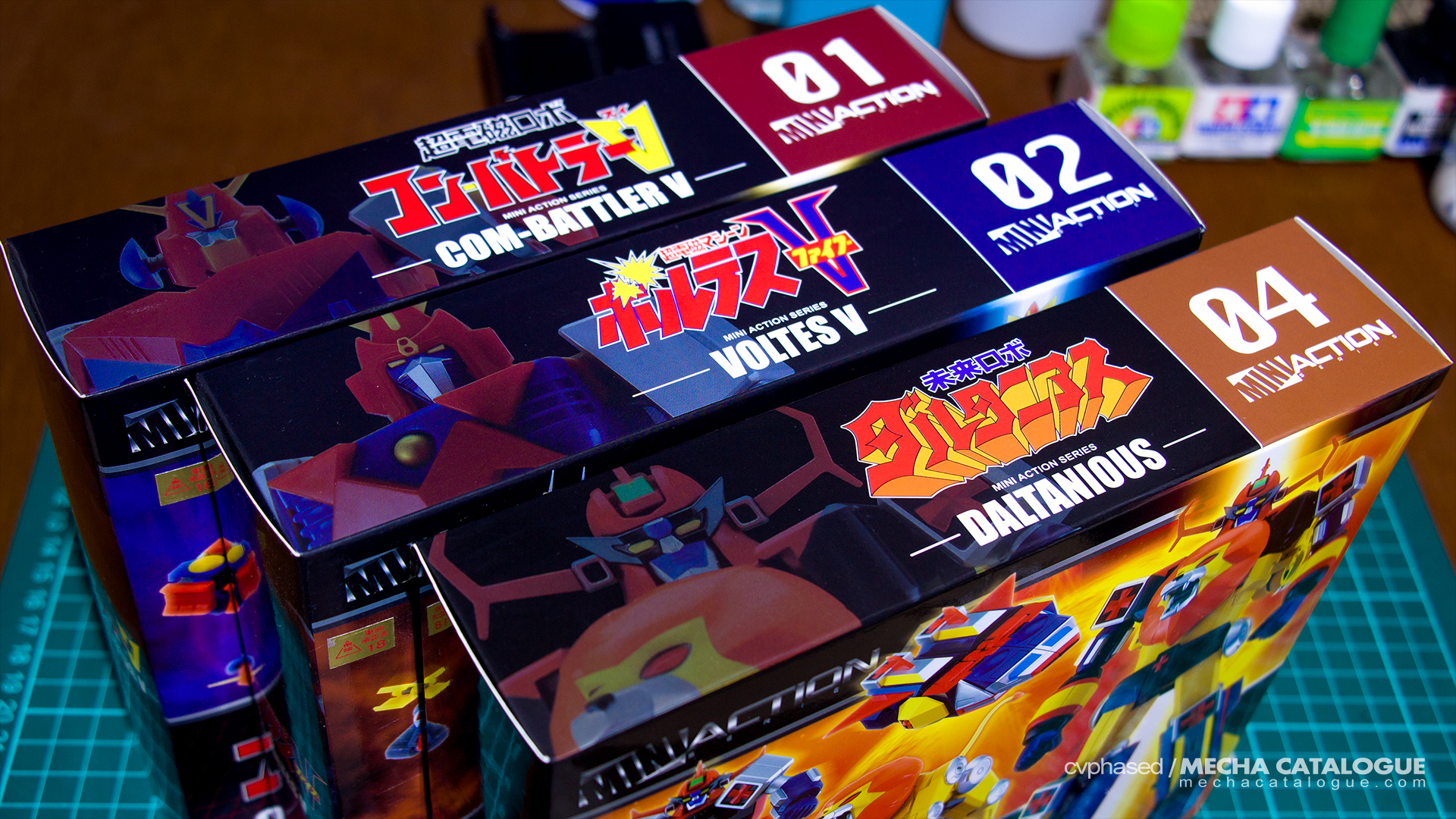 When I saw the solicitations for the Mini Action Series, I said to myself: "This is perfect! Finally, smaller-scaled fully transforming super robot figures!" To those unfamilair, these figures have the same size at 150 mm, same relatively cheaper price point of ¥3,500, and are fully transformable to a considerable extent. Their initial offerings included the Romance Robot Trilogy: Combattler V, Voltes V and Daimos. Both Combattler V and Voltes V have pretty a straight forward combination that required minimal parts-formation thanks to the smaller size. On the other hand, Daimos has proven to be a little more complicated that the figure got delayed for a couple of months. But once released, it had a transformation scheme that I think is better than the Soul of Chogokin version. The same is true with Daltanious, with the smaller robot Atlas doing a very screen-accurate transformation which I thought isn’t possible at this scale. I was totally blown away by how these guys looked once assembled. Great proportions coupled with good articulation. 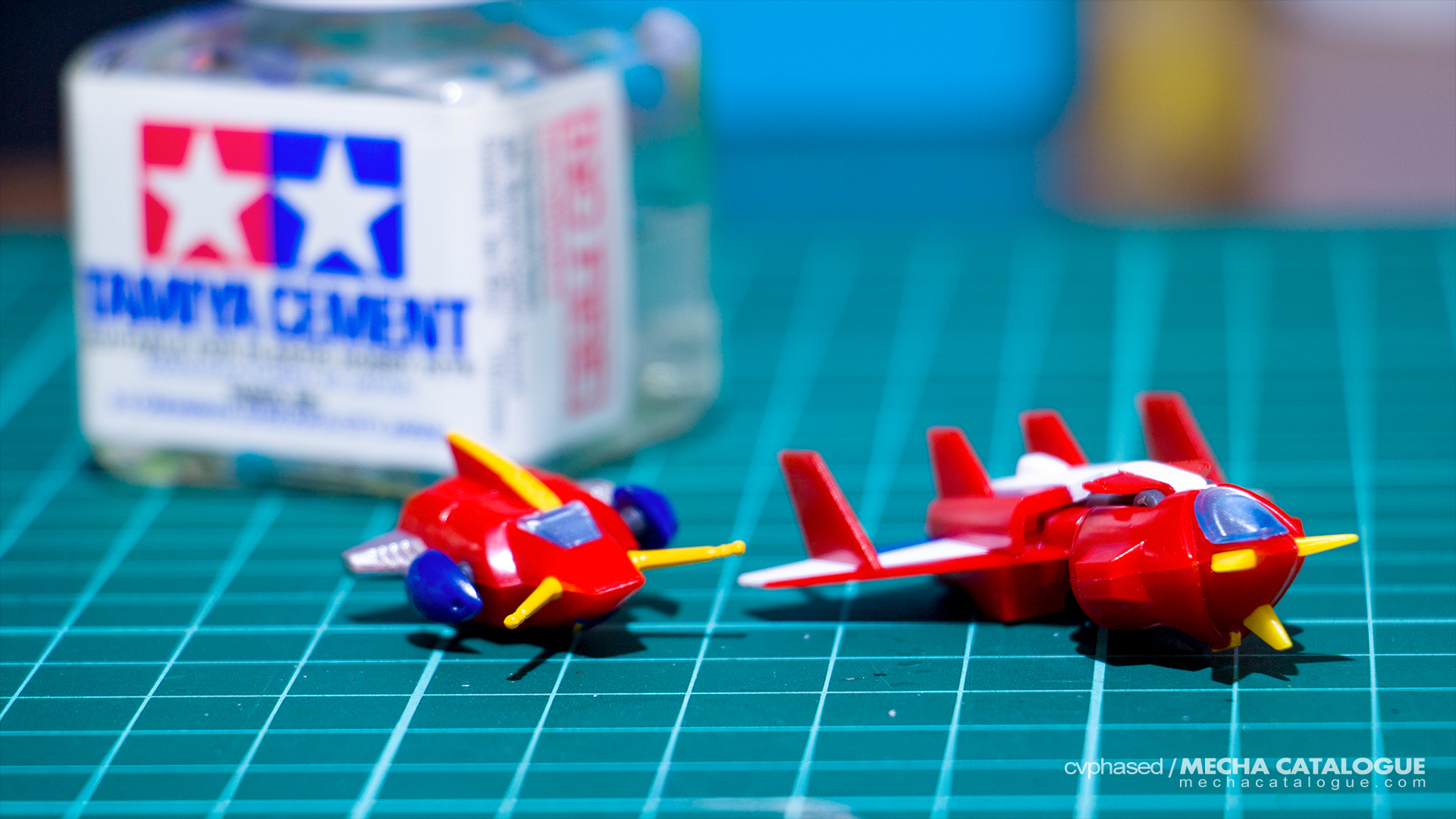 I may have been praising this line for the last three paragraphs above, but they’re definitely not the next best thing since sliced bread. Case in point, my Combattler V set included two left wheel base parts for the Battle Crusher, or how the Delfighter of my Daltanious set keeps falling off at the slightest touch. They still have room for improvement as far as QC issues go but for the price these are selling, they are definitely going in the right direction. That said, they are nailing it as far as paint and proportions go. As seen above, these are the vehicles that make up the head units of both Combattler V and Voltes V, and they are quite small. Despite the size, each uses a clear blue translucent piece for the canopies. The same is true with the articulation, kind of how the Super Minipla does it with their combining and transforming kits. For accessories, each only come with the essentials, but hey, they are working on a lower price point.

TL;DR: I really like what Action Toys is doing with the Mini Action Series line. While there are certainly improvements needed, this is how portable scale full transformation super robot should be. I hope they get to expand the line to cover more old school transforming and combining super robots.