With this year’s Shizuoka Hobby Show getting cancelled, the major Japanese hobby companies are having their own ways to reveal their upcoming products in lieu of the aforementioned show. Kotobukiya has finished their reveals a week or so ago with their "Air Shizuoka Hobby Show." Now, it’s Bandai Spirits’ turn with their week-long "Hobby Next Phase Week" where each day focuses on a different franchise. And there’s no better way to start things than Evangelion. 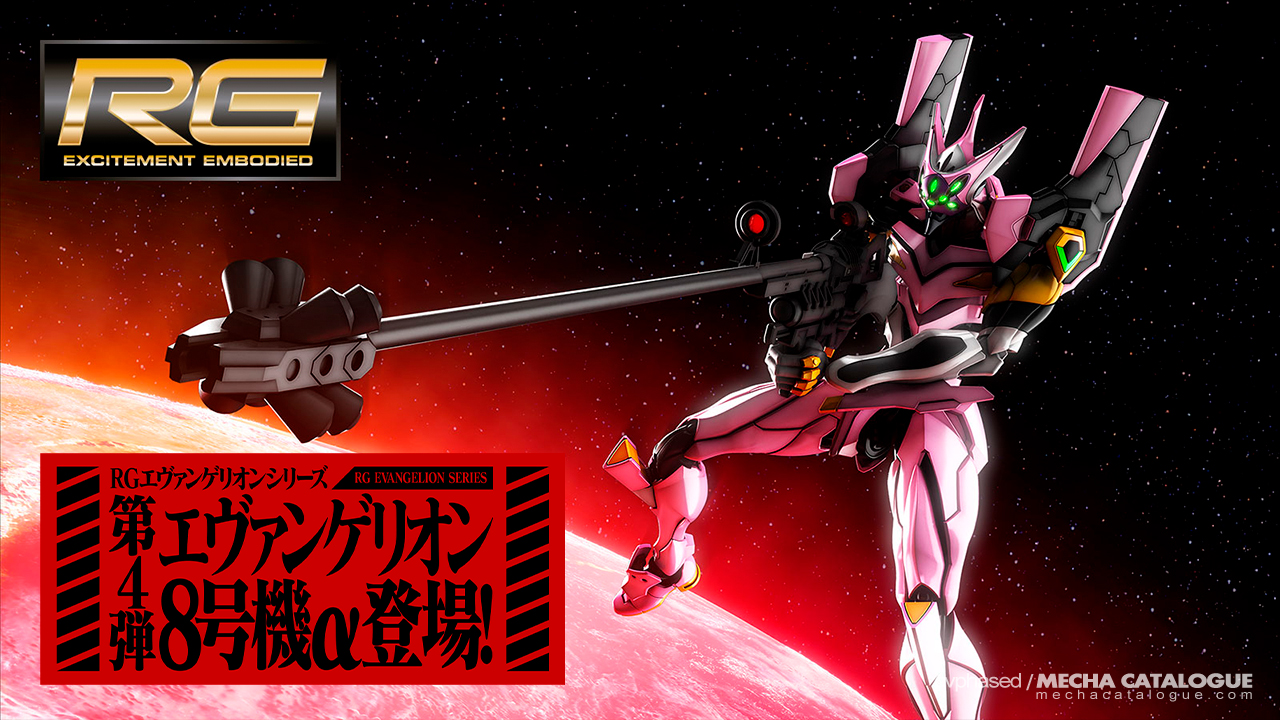 The Evangelion Real Grade kits are in full swing after the successful release of the RG Evangelion Unit-01. Thanks to their very similar appearances, all it takes are a couple of remolds and you can get a new kit. Having announced both Unit-00 and Unit-02, the next Real Grade EVA kit will be the RG Evangelion Unit-08α [Wille Custom] from the Rebuild of Evangelion tetralogy. This particular EVA has gone through multiple configurations though this one would be the 80α, it’s vanilla configuration. 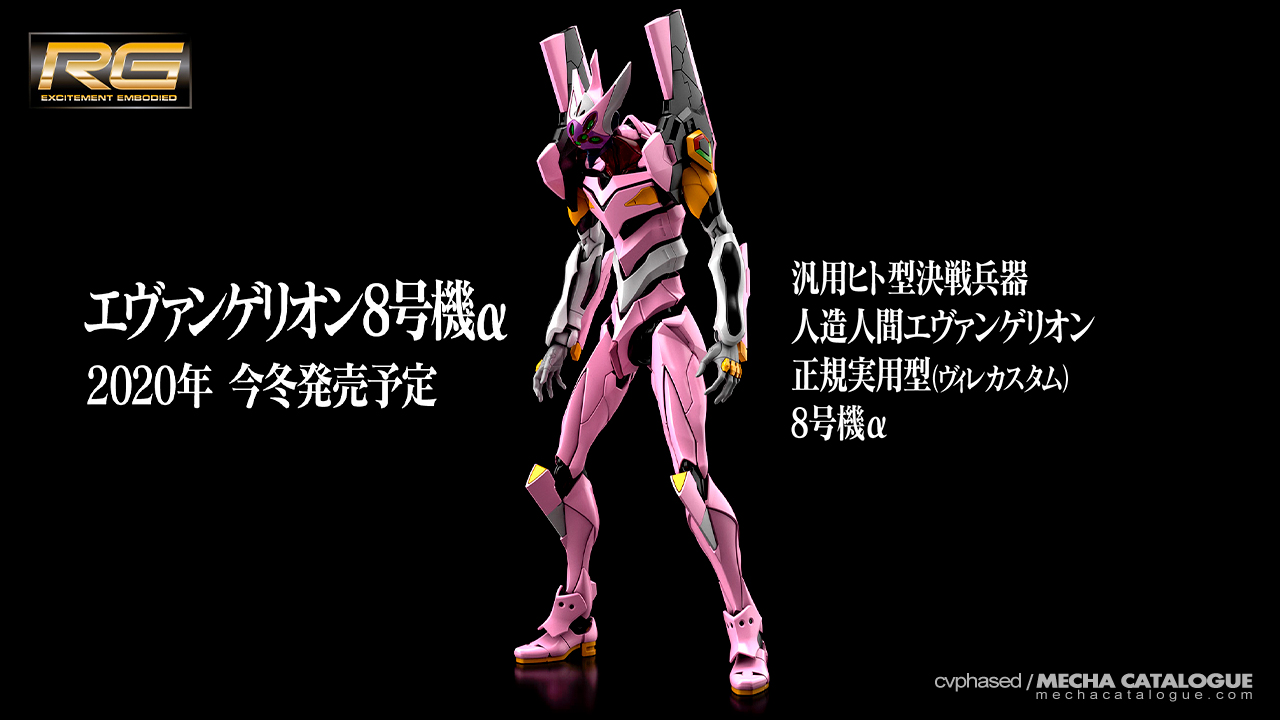 Unit-08α will come with the same sniper rifle as seen in Evangelion 3.0 with emphasis on how it can properly hold the support grip with its left manipulators. Expect this set to also include some of the accessories that came with Unit-01, including the umbilical cable, progressive knife, and entry plug. 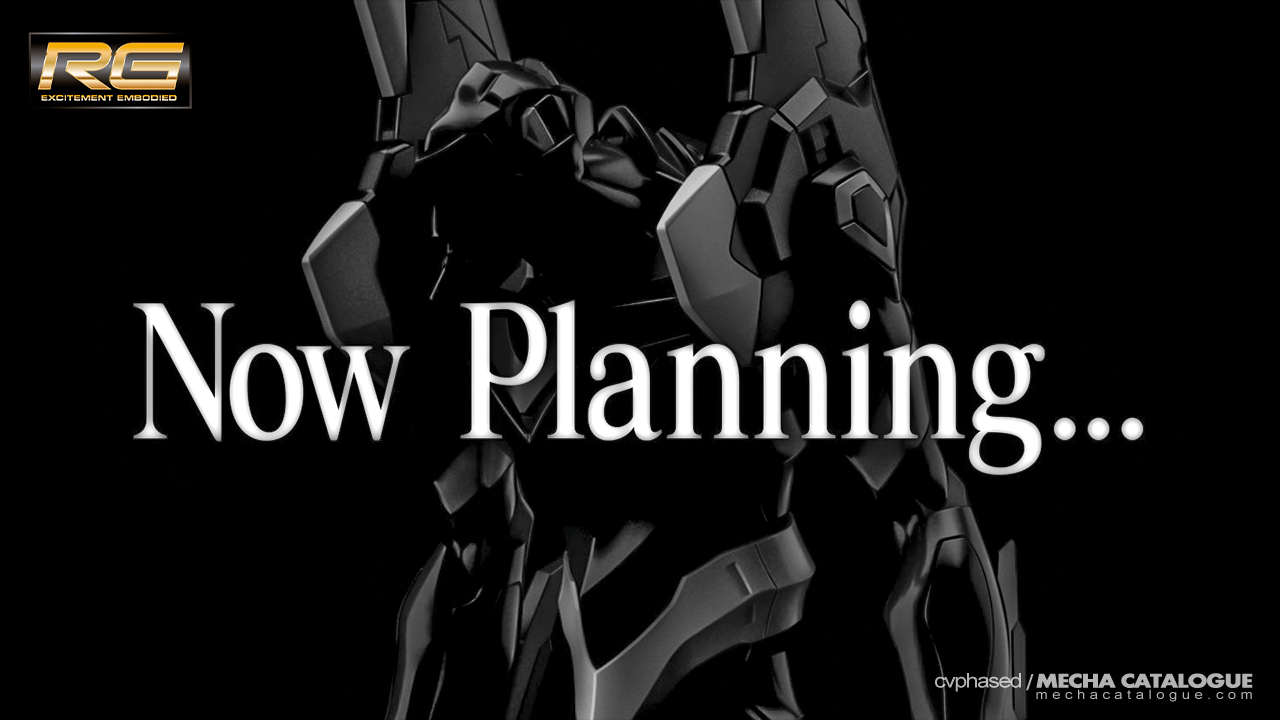 And if that reveal wasn’t enough, Bandai Spirits also teased the next RG Evangelion kit being planned. It’s no other than the RG Evangelion Unit-03, you know, the one taken over by an angel and eventually decimated by Unit-01 using the Dummy Plug System.