If you’ve noticed, my last couple of projects were double or dual builds. This is because I’ve decided that for 2020, I’ll be doing two kits at a time because 2020… like two 20s… you get the idea. So to establish a context, double builds are building the exact same kit twice because of a variation or transformation while dual builds are building two similar (or related) kits in one go. And so, following the HGUC Gundam NT-1 double build is a dual build of the HGBF Build/Try Burning Gundam. Let’s take a quick look shall we? 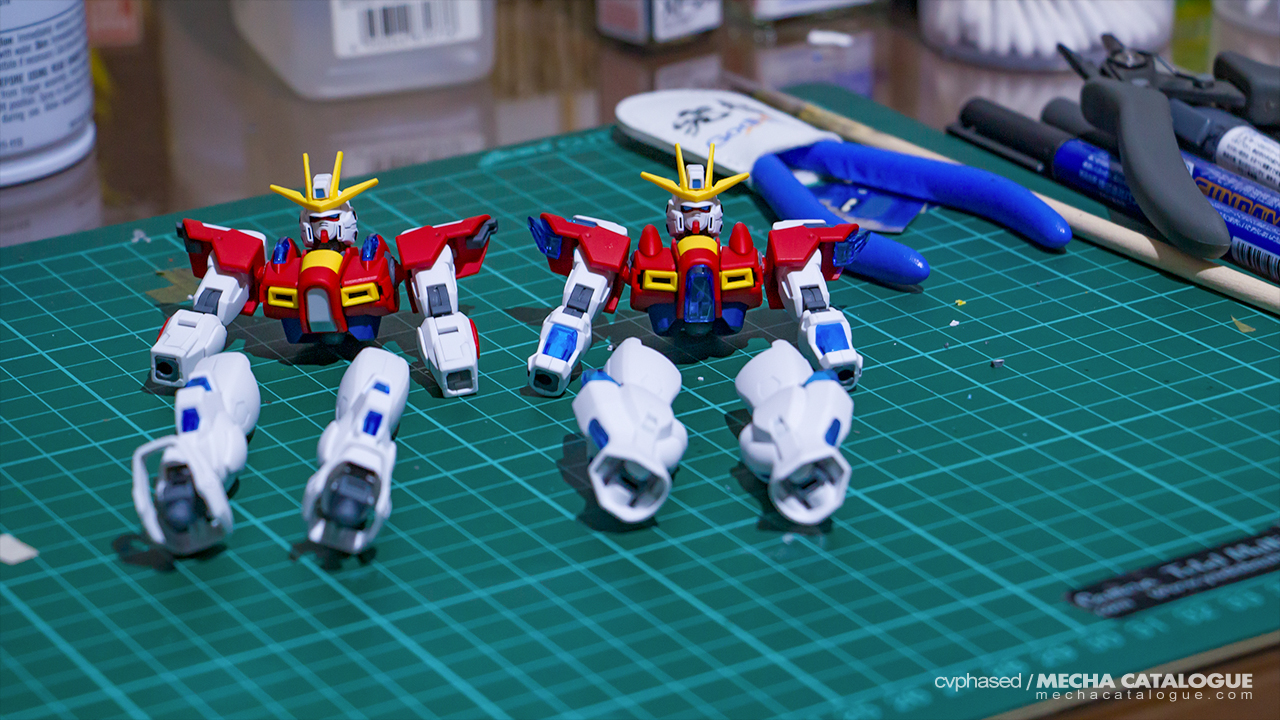 I only started around the middle of last week but I think I can finish them within this week. This is because both kits are quite color accurate and requires only minimal detail painting. Not to mention the engineering is very much representative of modern High Grade construction. The two kits also share a great deal of common parts that building one would provide enough familiarity for the other. As you can see in the photo above, I only need to build the waist , hip, and foot units — oh and build the multitude of hands both kits come with.

The numerous clear parts are also giving me a good idea on how to approach an HGUC Unicorn Gundam [Destroy Mode] kit. Yes, I haven’t built a single one of those, and am also planning a Unicorn/Destroy Mode dual build sometime soon. In any case, I’m targeting to get these two finished within the week. Afterwards, I want the next dual build to be in line with the Gunpla 40th Anniversary.