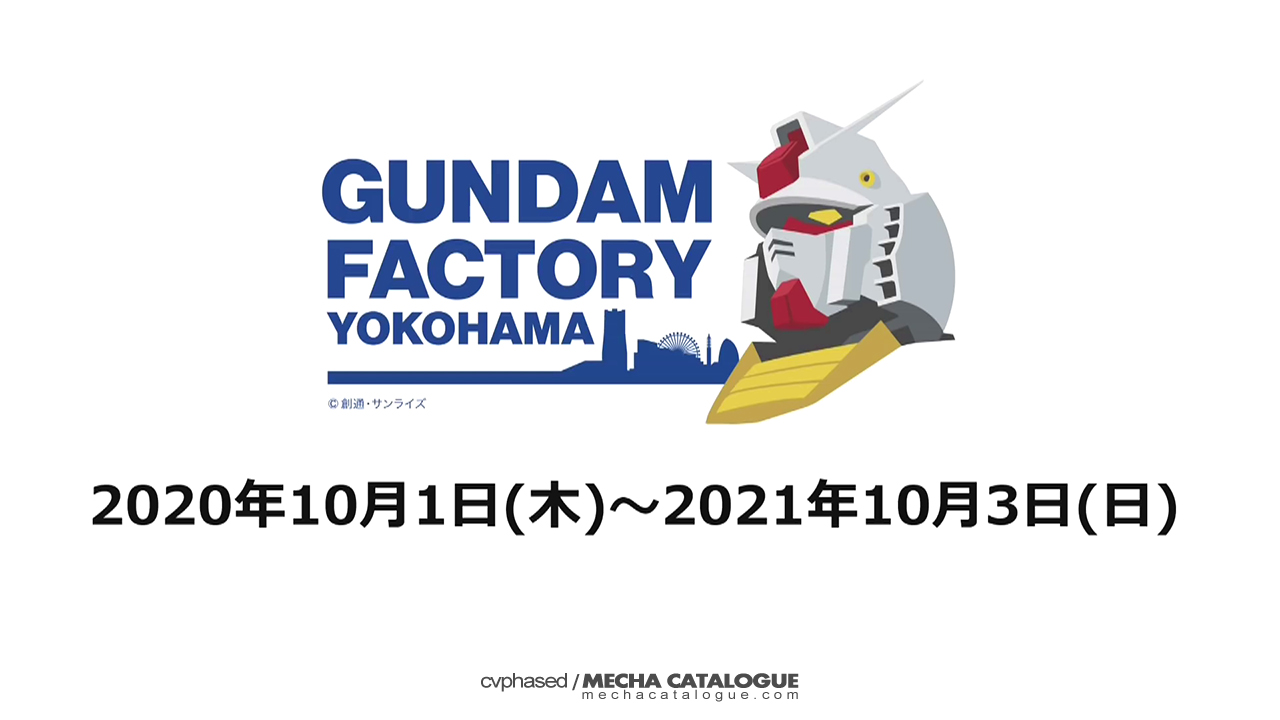 Part of the Gundam 40th Anniversary spectacles revealed last year was the Gundam Global Challenge where the challenge is to make a 1/1 scale RX-78-2 Gundam move, or at least walk. Gundam Channel on YouTube has been releasing clips of its progress, with the last ones involving Gundam-creator Yoshiyuki Tomino. Last week, Bandai Namco held a press conference and finally revealed details regarding the attraction, including how the moving RX-78-2 Gundam would look. 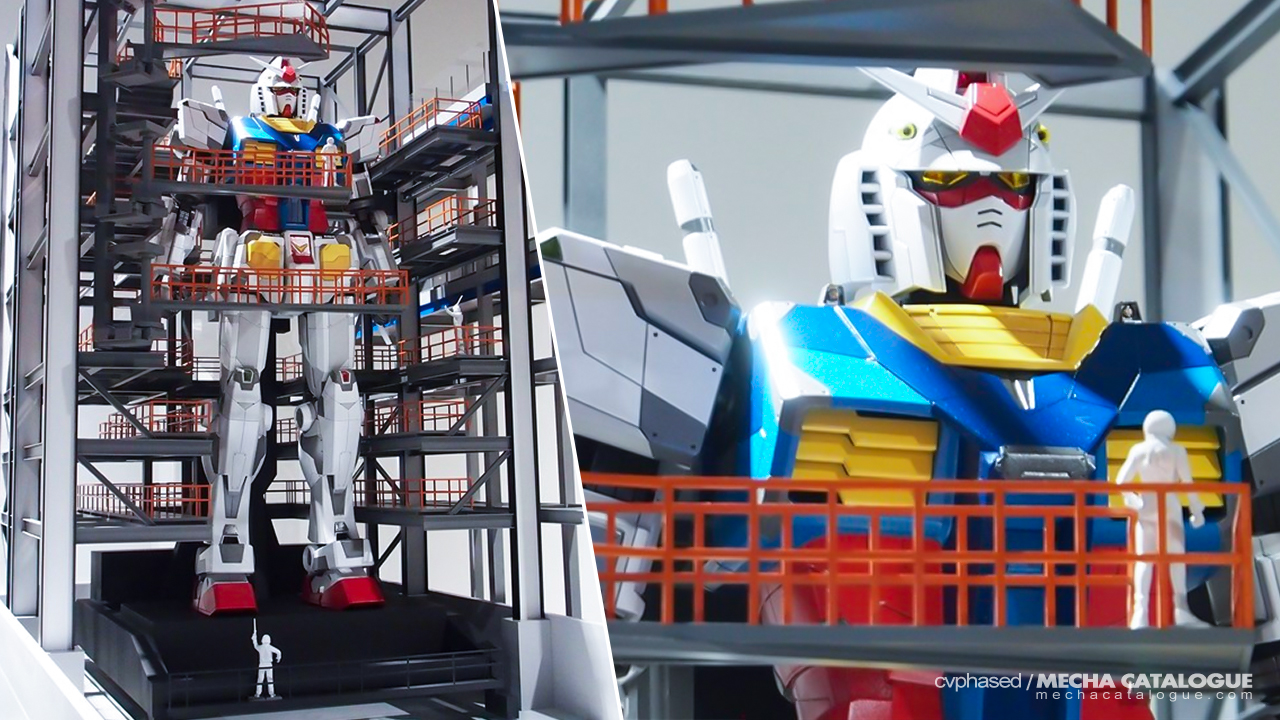 They brought a 1/30 scale model of this particular version of the RX-78-2 Gundam during the press conference and… it looks like an RX-78-2 Gundam, albeit some touches here and there. The design is borrowing elements of previous ones, most including the multiple shades of color seen from the Real Grade and the Master Grade 3.0. models. The silhouette itself appears to be somewhat similar to the Master Grade 1.0 albeit some changes here and there. You may also notice that’s it’s docked in some MS cage or hangar. This is part of the attraction as well, but more on that later. 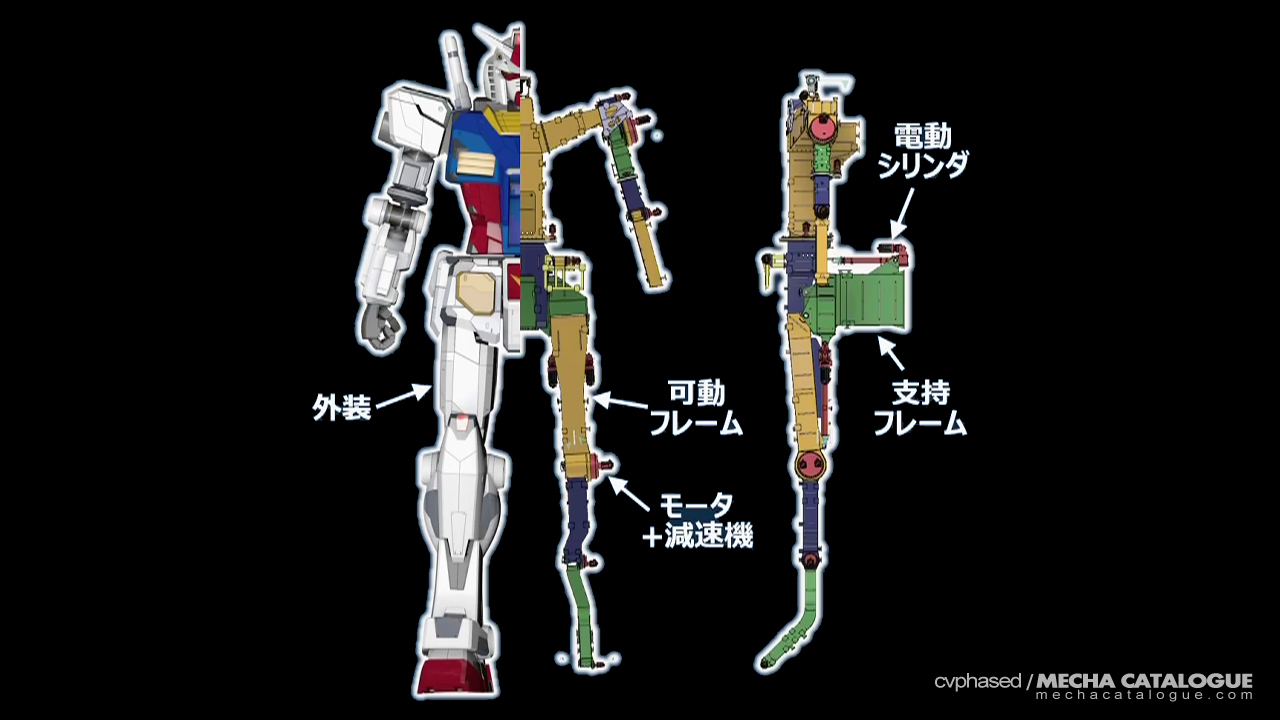 Gundam Global Challenge is the program responsible for essentially crowd-sourcing technical expertise in helping to make this life-sized Gundam move. It involves several institutions both from the industry and academe with focus on engineering and robotics. As an engineering graduate myself, I really appreciate what they’re doing here, though I don’t really understand what’s going on. Regardless, they showed a simplified diagram on how they’re going to make the Gundam move. Motors are essentially placed on joint assemblies which are then attached to the movable frame. These are then controlled electronically by a block at the rear of the mobile suit (yeah, I’m now calling this thing a ‘mobile suit’). As seen from the work-in-progress videos, we should be expecting the Gundam to walk, as well as have movable arms and head, the former including individual digits. 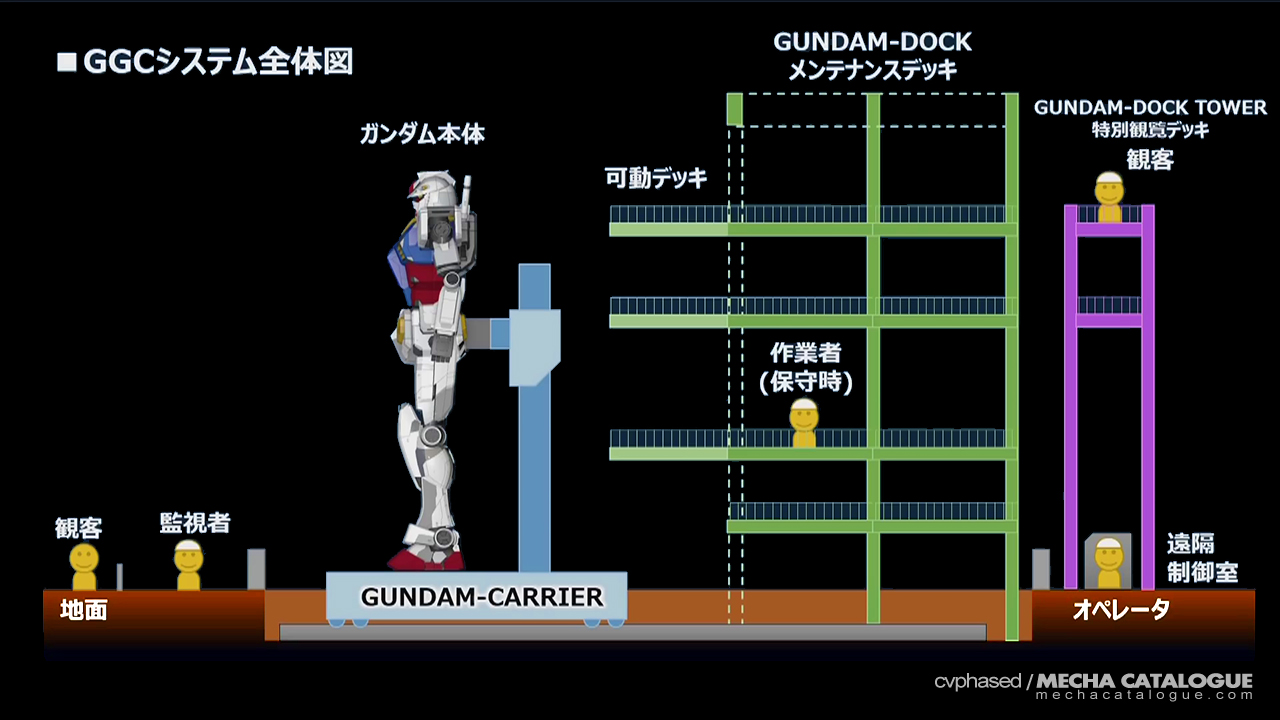 Another integral component to the attraction is the Gundam Dock, which is essentially an MS cage or hangar that the life-sized Gundam will be stationed at when not in motion. It has several components as seen in this diagram. There’s the Gundam Dock itself which has several levels that people can go inside. Several sections of the dock can swing over the front of the mobile suit, similar to how it works in the anime. Then there’s the Gundam Carrier which appears to be the mechanism that will take out the Gundam from the dock assembly. Now you can see here that the Gundam is connected by the rear block I mentioned earlier so I’m not sure how this thing would walk if that’s the case. Maybe it’s telescopic? 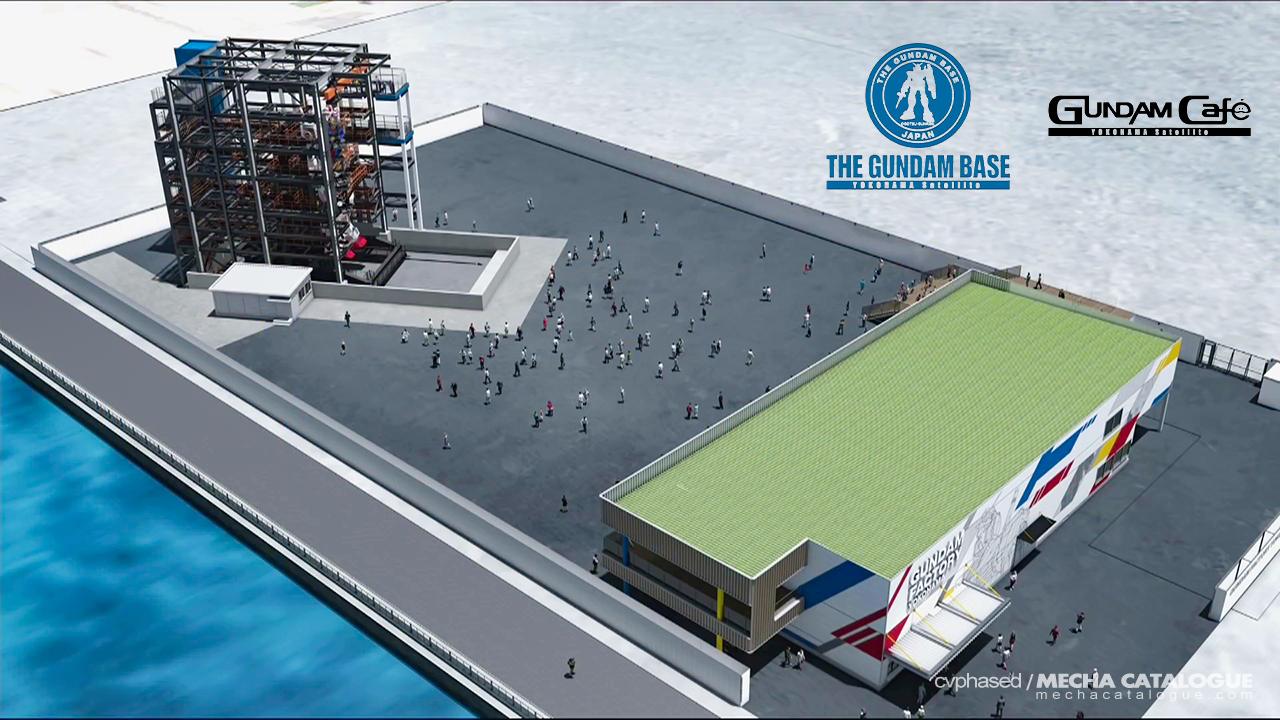 The other half of the Gundam Factory Yokohama complex is the Gundam Lab, as seen in this rendering. It’s a complex where visitors can learn more about the life-sized Gundam. Then there’s the "Conference Room" which is essentially a function room where talks about industry-related topics can be held. And of course, there are stores that can sell various event-limited merchandise. Yokohama Satellite branches of both The Gundam Base and Gundam Cafe are located on the complex. 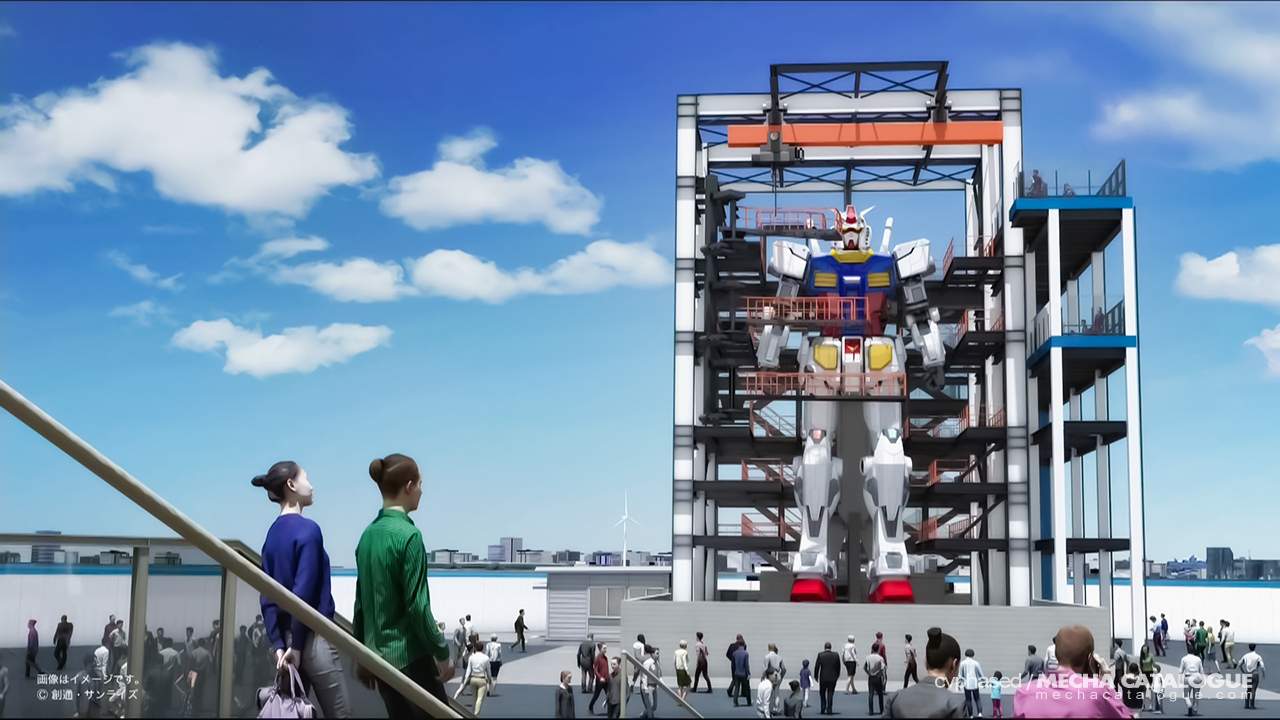 Having visited both Gundam Front Tokyo and The Gundam Base Tokyo, I’m quite excited that another Gundam attraction is being constructed, and it’s not just a statue like what we have right now. Of course I’m also hoping to get the limited-edition Gunpla to be sold there. I bet they will sell a kit of the moving life-sized Gundam on display there. Hopefully I can visit the place while it’s open as it will only be up for a year.