2020 is the Gunpla 40th Anniversary, so in sort of a preview of the stuff to come, The Gundam Base Tokyo once again opened their Next Phase Gunpla exhibit and on there were a lot of kits I personally didn’t expect. What’s more, all of these have planned release dates! Here’s a quick video from The Gundam Base Tokyo that shows everything on display. My unsolicited thoughts and reactions will follow afterwards.

I won’t mention the previously announced HG Gundam Marchosias, you can instead hit the link read this post. 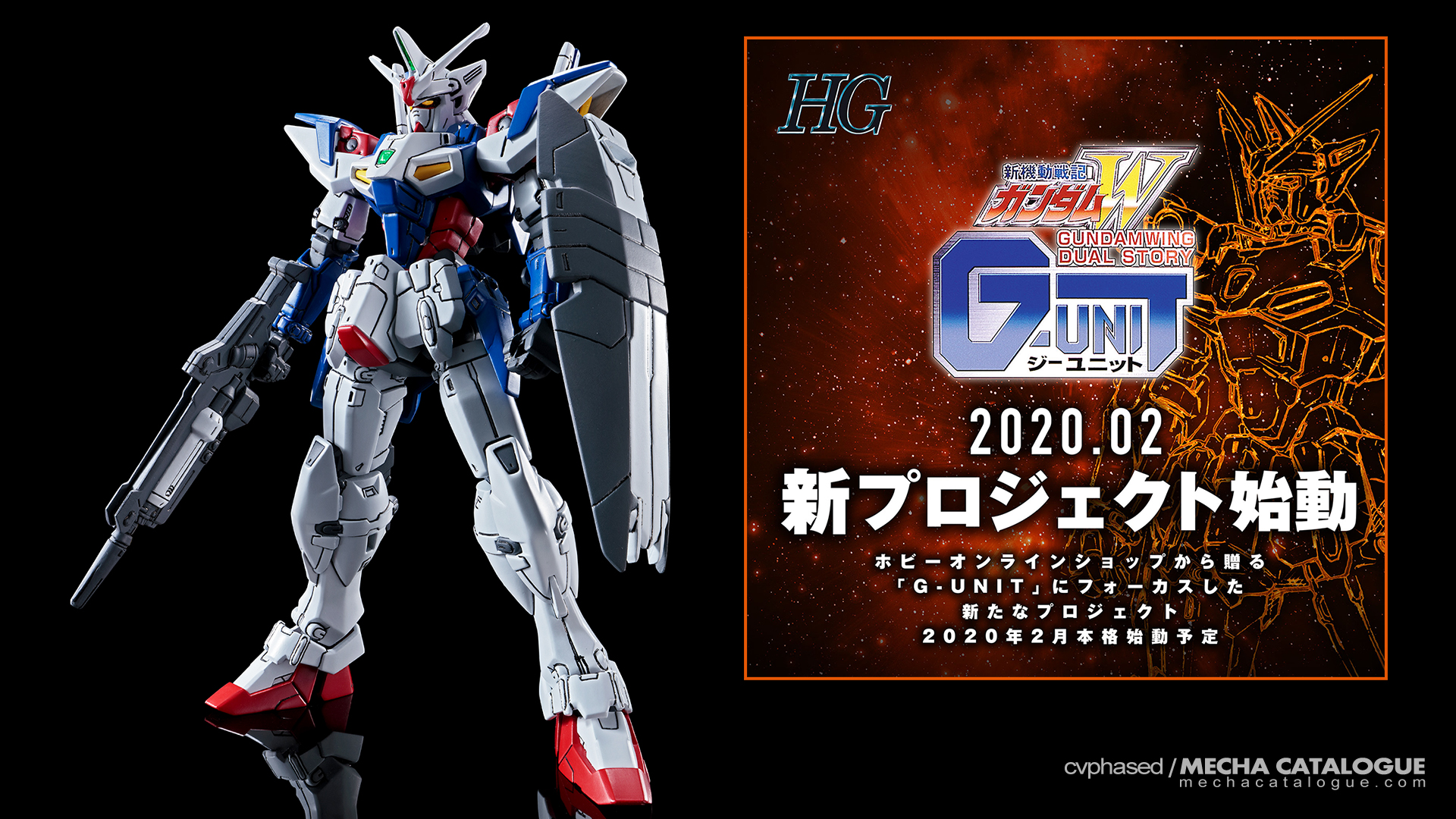 Gundam Wing Dual Story: G-UNIT is a manga side story that ran in 1997 and tells another story set during the Eve Wars of Gundam Wing together with five manga-exclusive Gundams. Each Gundam also got an HG kit though note that these High Grades are universes apart from the ones we have right now as they have the same engineering as the 1995 Gundam Wing kits. Then a couple of years or so ago, Dragon Momoko released modern HG kits of the Gundam Geminass 01/02 based on the kits from the High Grade GUNDAM AGE line. Jumping into 2019, it seems G-UNIT is still popular, getting a new manga called New Mobile Report Gundam Wing G-UNIT: Operation Galiarest in Gundam Ace. And now, Bandai Spirits is finally releasing modern kits of the original G-UNIT Gundams, starting with the HGAC Gundam Geminass 01.

The banner also says that this is a new project, meaning that this unit won’t be a one-off release. So we can definitely expect at least the Gundam Geminass 02 and the Gundam Aesculapius some time in the future. Unfortunately, these will be sold via Premium Bandai so get those middleman services ready. 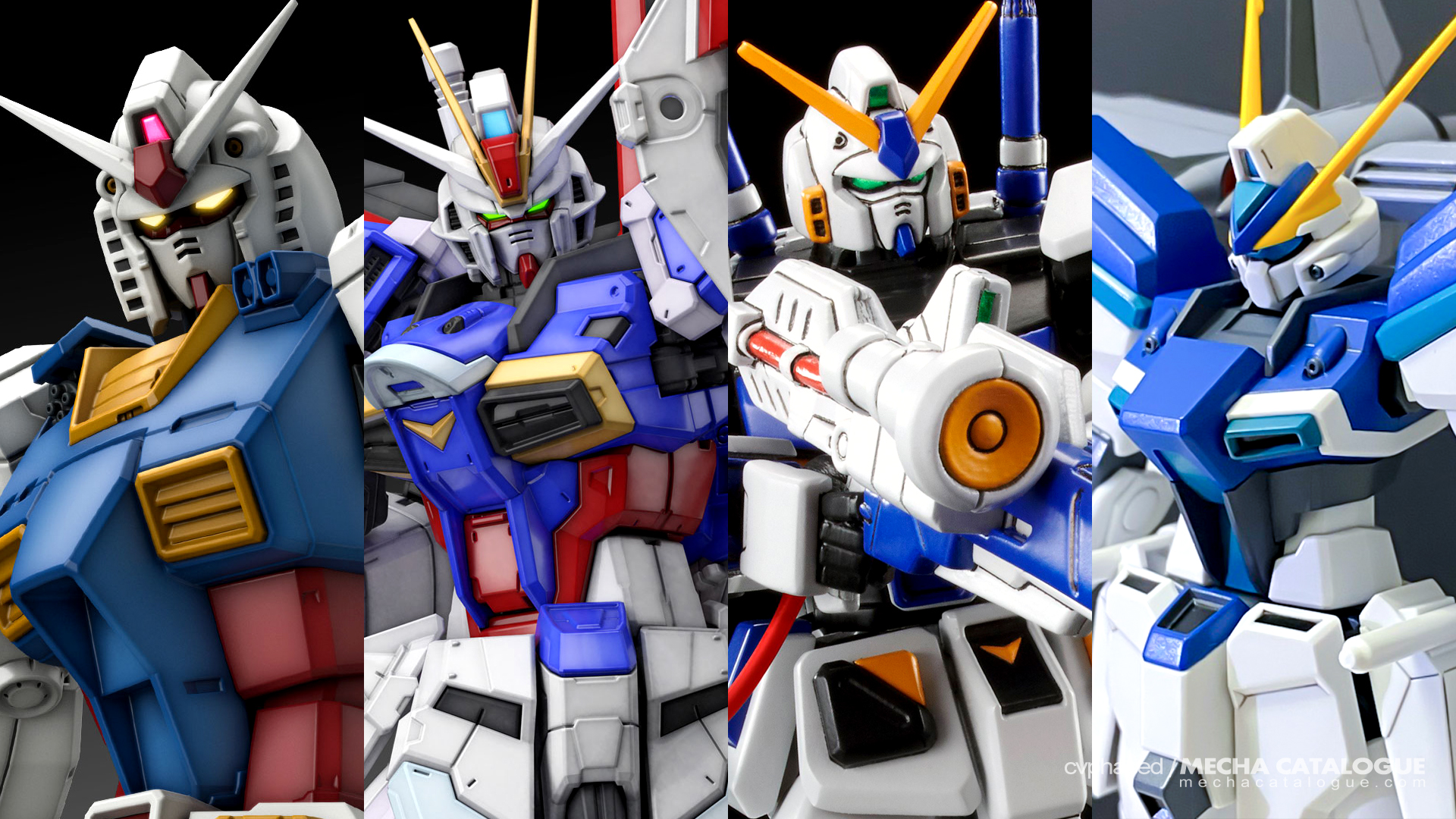 Also on display were a lot more High Grades and a Real Grade, most of which I didn’t expect.

First, a year or so after the Gundam THE ORIGIN OVA (and TV rebroadcast) was completed, we’re finally getting a High Grade of the RX-78-02 Gundam. While it only appeared as blue prints in the OVA and briefly in the GUNDAM RISING ～GUNDAM THE ORIGIN Target U.C.0079 short, it’s still a good design. And if the Master Grade is of any indication, I think the High Grade should also deliver for 1/144 scale collectors, myself included.

After releasing the Gundam G05 “Mudrock”, the next in the RX-78 series we are getting is the HGUC Gundam G04, appearing in the game Mobile Suit Gundam: Encounters in Space and later in the manga Mobile Suit Gundam Side Story: Space, To the End of A Flash. On display is the Gundam G04 with Booster Pack (Bst) though I’m not sure if we can build the vanilla version, like how we can build both the incomplete and complete versions of the Mudrock. But regardless, this is one kit I’m sure to pick up, despite being Premium Bandai.

I consider the next two as a combo, with the latter already teased days ago and the former coming out of left field. Continuing the current trend of grunt unit High Grades, we’re getting the HGCE Windam. An odd choice in my opinion but given it didn’t get a proper model kit release back when Gundam SEED DESTINY was on air, I think it’s only fair that it gets one today. I also think that the Windam really looks good for a Gundam-based mass production mobile suit. Now it’s partner over here is something I totally didn’t expect. To go with the Windam is the next Real Grade kit, the HG Force Impulse Gundam. The HGCE version is still in my backlog but I do consider it as one of the best looking High Grades, so I’m curious to see how they’ll do the Real Grade. Especially with its modular transformation and combination from the Chest Flyer, Leg Flyer, and the Core Splendor. This also means that Bandai Spirits can release recolors as the Sword and Blast Impulse Gundams.

Other kits announced include the HGCE ∞ Justice Gundam (if the Gundam Justice Knight wasn’t a hint enough) from Gundam SEED DESTINY, RE/100 Shokew from V Gundam, and probably the one many would look forward to — the MG Gundam Kyrios from Gundam 00. 2020 is truly shaping up to be a good year, indeed worth of the Gunpla 40th Anniversary.