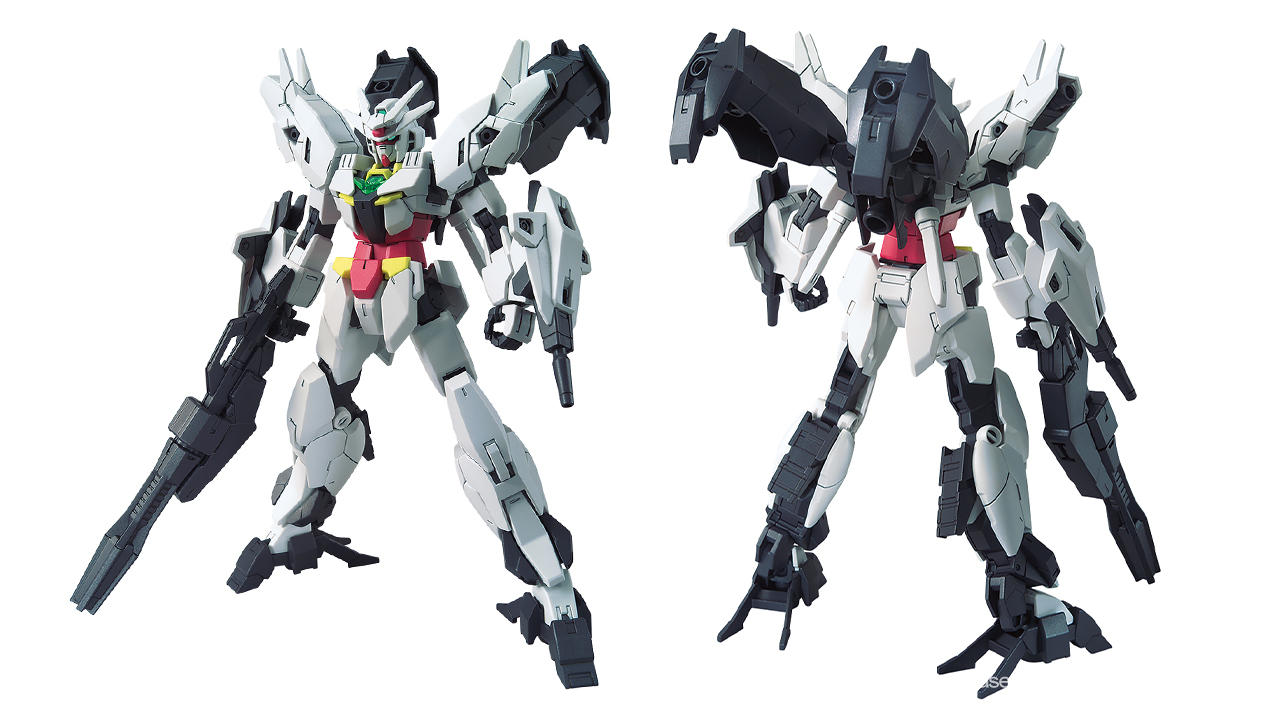 Actually, this guy isn’t really something new. It has been revealed a couple of months before on some hobby show and tagged as the nest form of the lead machine in Gundam Build Divers Re:RISE. Making its debut during episode 11 last week, we finally get to know its name — the Jupitive Gundam. Similar to the HGBD:R Earthree Gundam, Jupitive Gundam is being sold as itself and not as a Planets System armor like the Mars or Venus units. This makes me think that this guy is some significant upgrade to the Earthree Gundam, but that’s just me speculating. 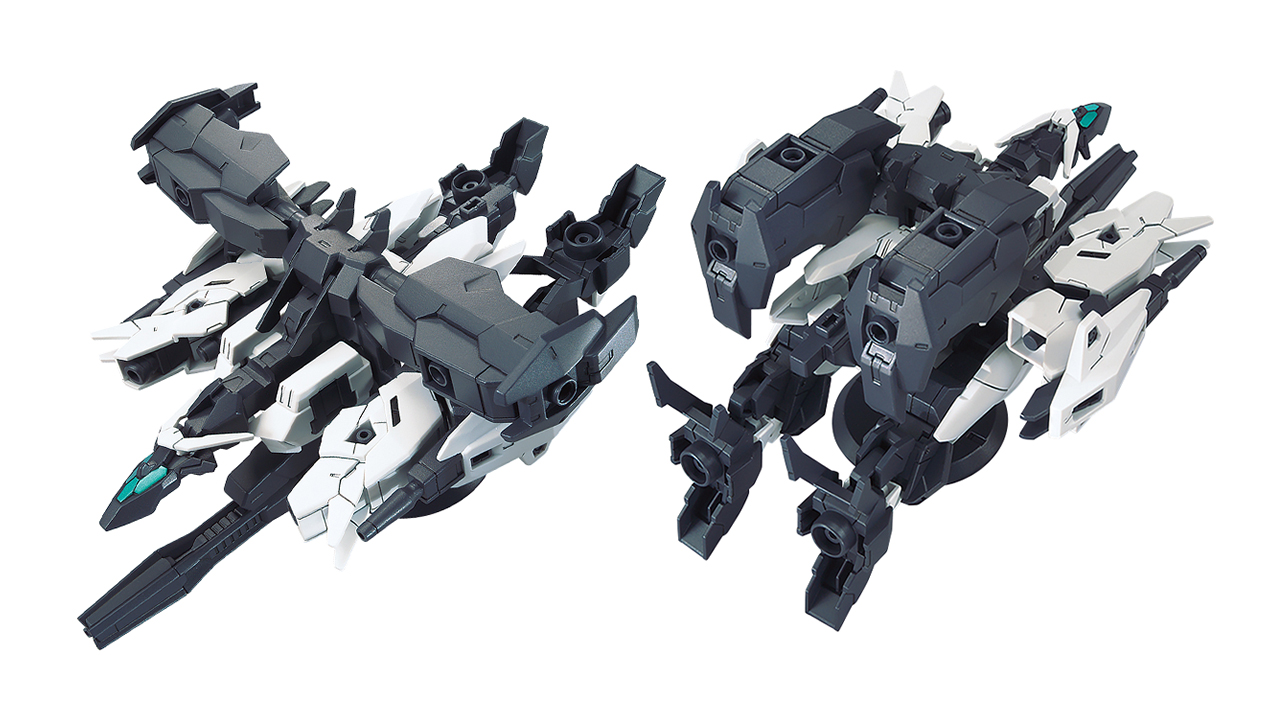 Much like the other Planets System units, the Jupiter Unit looks more or less the same, except for the obvious color differences. In addition, the Jupiter Unit also has a high speed form which is essentially the two booster units folding in to create a more streamlined silhouette. Not sure if that would amount to anything in space but it’s there nonetheless. 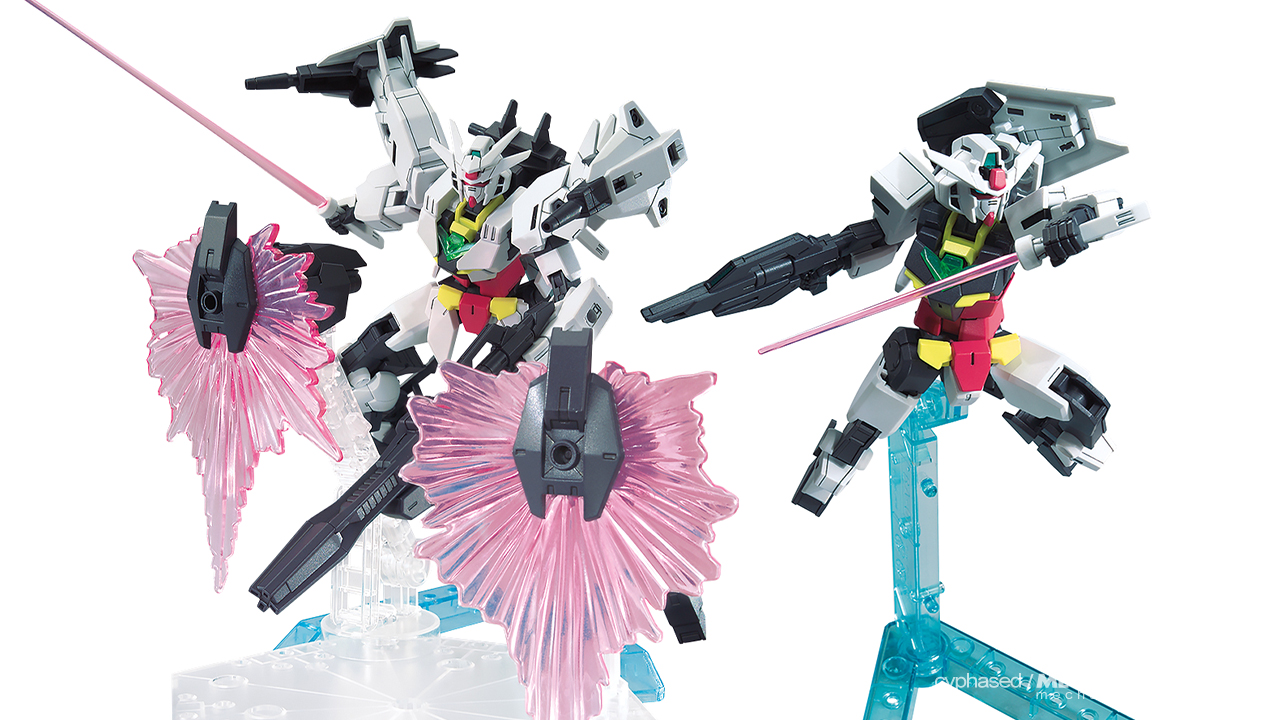 For weapons, the Jupitive Gundam comes with a Beam Gatling Gun, and two multipurpose units coming from its backpack. They can be remotely deployed as beam shields or beam cannons when attached to the forearms. It also comes with it’s own Core Gundam unit, supposedly in space battle colors though I can’t really see any difference between this and the one with the HGBD:R Earthree Gundam. 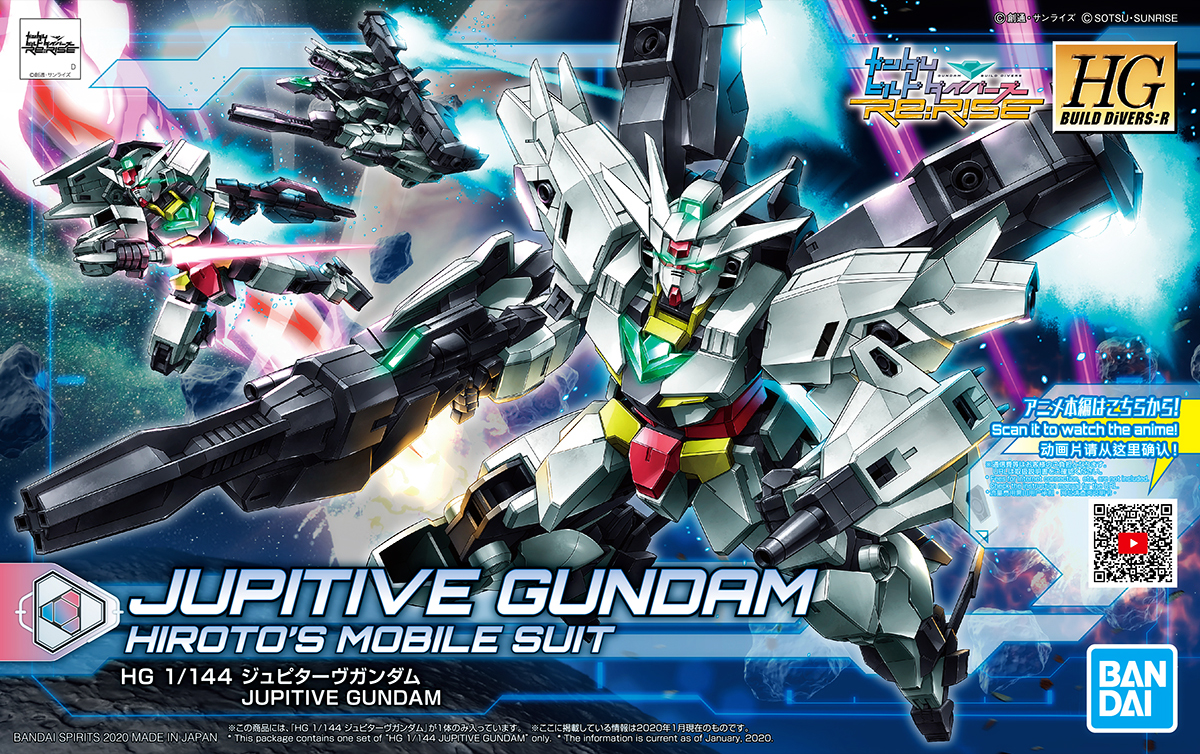 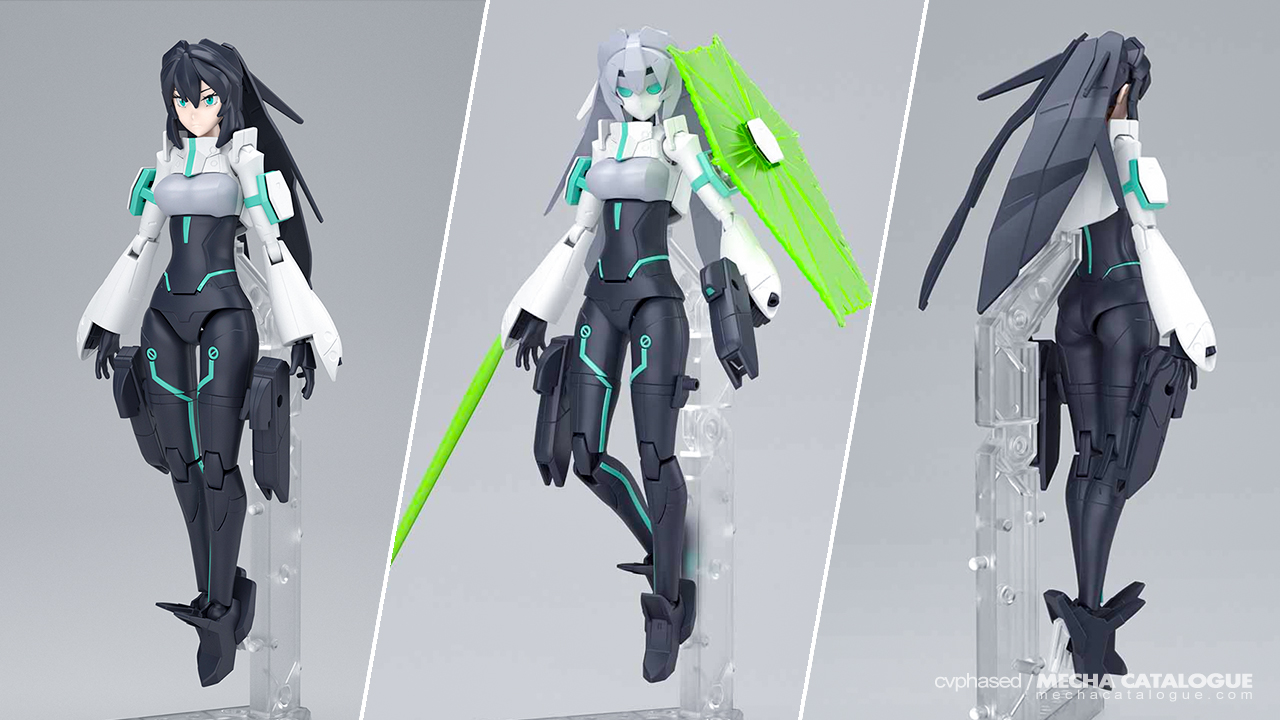 When they released the HGBD Mobile Doll Sarah a year ago, I found it quite interesting but not to the point of actually getting it. So it was a legitimate plot twist when they revealed in Gundam Build Divers Re:RISE that (obvious spoilers ahead) May is actually an EL-Diver. This also means that she has a Gunpla form outside GBN, and we are now getting a kit of it as the HGBD:R Mobile Doll May. Not really sure how easy it is with Sarah, but it appears that converting Mobile Doll May from EL-Diver to Gunpla forms just require a quick head swap. 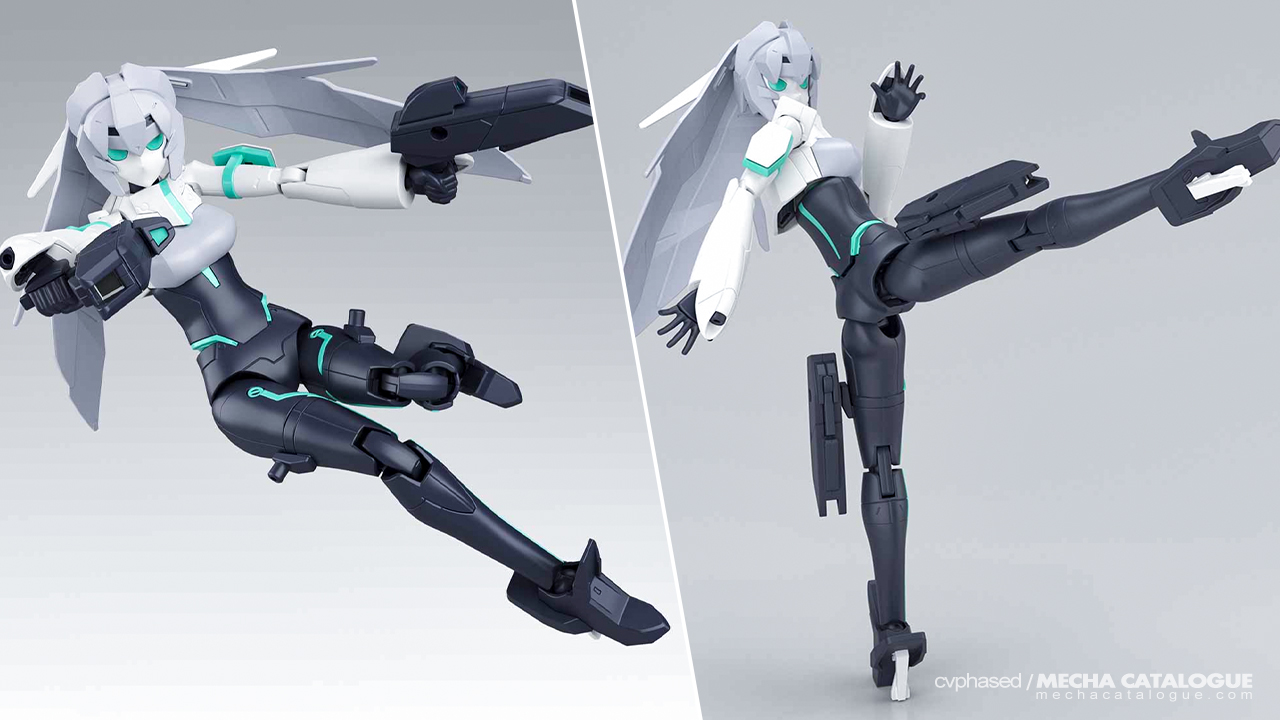 Based on these two images, it looks like Mobile Doll May has excellent articulation, thanks to the relatively simple silhouette. May is quite an agile fighter so it’s logical that she comes with forearm-mounted beam sabers, as well as shoulder-mounted beam shield emitters. She also comes with two beam handguns mounted on her thighs. If I ever get a copy, I won’t build the EL-Diver form but she comes with three alternate face plates with differing expressions.

Ever wonder why Bandai Spirits hasn’t announced a Gundam Hajiroboshi kit from Gundam IRON-BLOODED ORPHANS Urðr Hunt? Well this doesn’t really answer that but it might be the next best sign to an actual announcement. 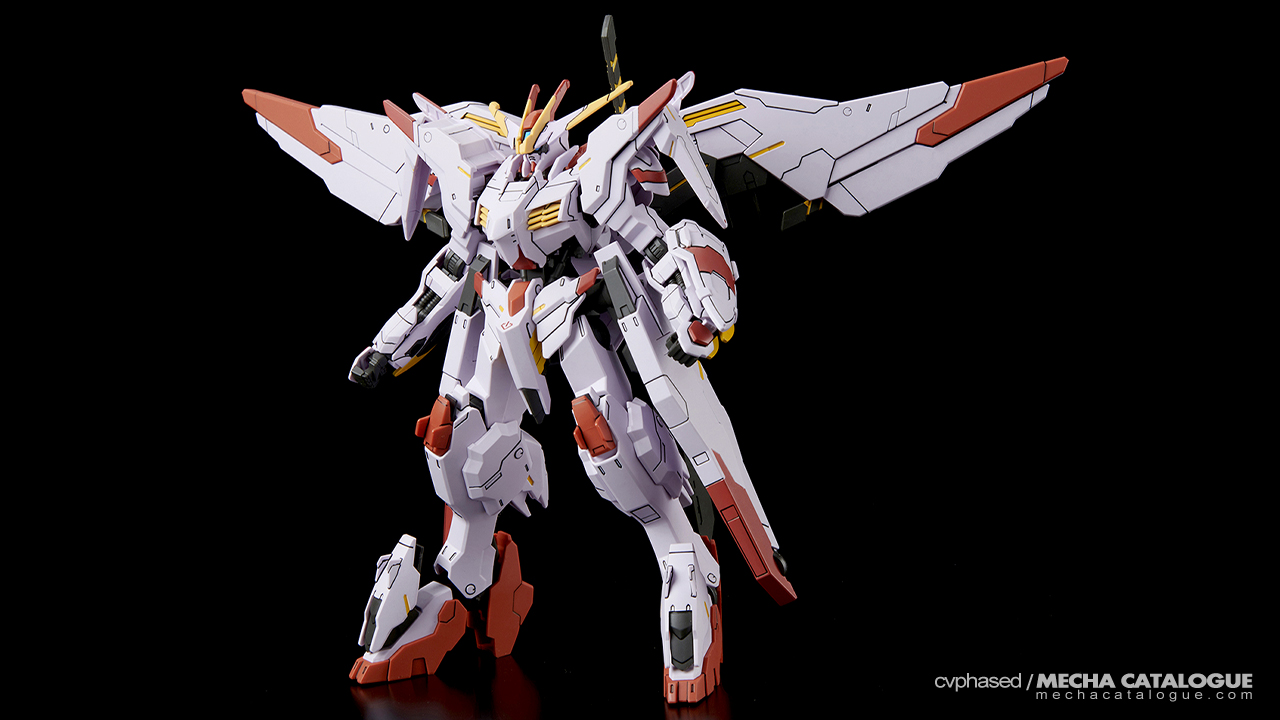 Just from the name, it’s quite clear that "Gundam Hajiroboshi" isn’t the original name of this mobile suit, with many speculating that this is actually the Gundam Marchosias modified. I’ll delve more into this in another post but we are getting a kit of the HG Gundam Marchosias and it looks powerful, like even more than Gundam Bael. 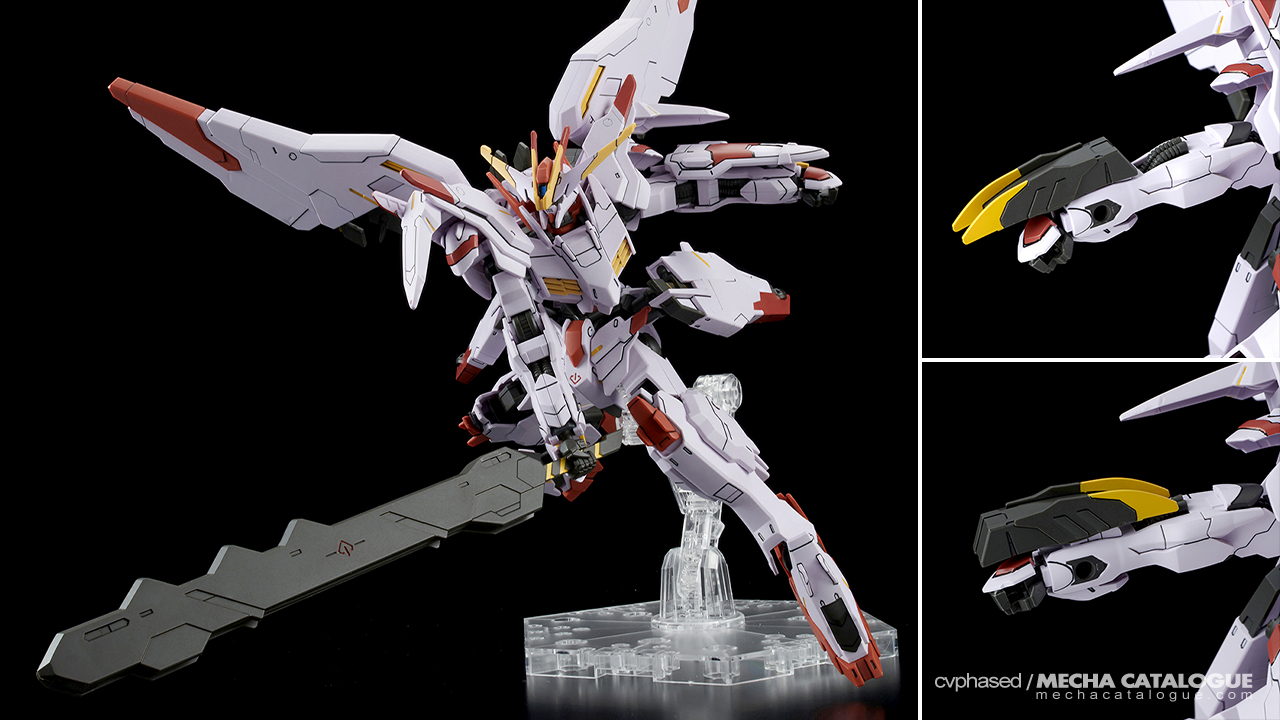 Gundam Marchosias looks more massive thanks to the heavily armored arms and legs, sans the thin torso unit. Similar to Gundam Barbatos, it wields a mace as primary weapon, aptly named "Bastard Mace." It may not be as massive as the those of Gunddam Barbatos Lupus Rex but it still looks to be quite potent and damaging. Each arm also comes with a knuckle guard that doubles as offensive claw-like weapons. 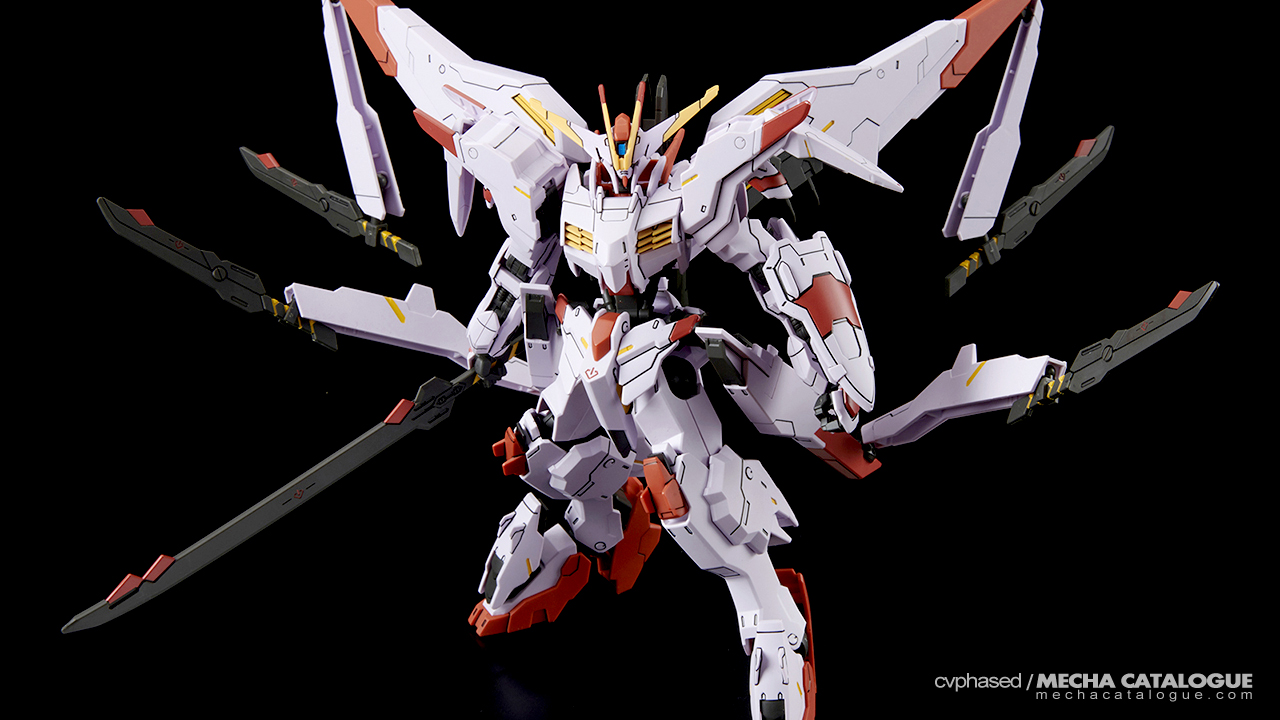 But what’s probably its most defining feature are the huge wing binders on its back. While not rivaling those from Gundam SEED, they are large for something from IRON-BLOODED ORPHANS. Each wing binder contains a sub-arm that can hold a dagger. Add to that its side armors that also have sub-arms and can also hold daggers and you have a very deadly mobile suit.

For something that doesn’t appear in any animated production, outside of cut scenes from the mobile app it appears in, we’re lucky that this is a regular release and not an online exclusive. Because I am definitely getting a copy of this.