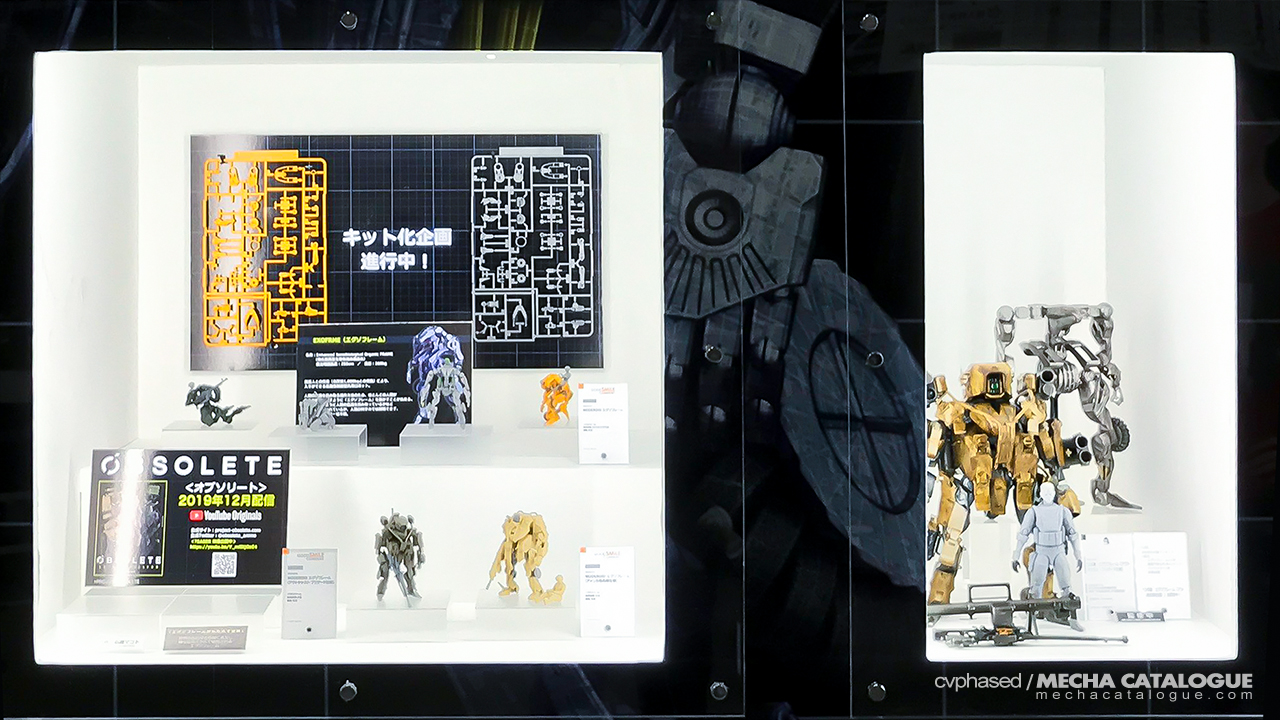 Just a day after OBSOLETE was announced, and perfectly timed with All Japan Model & Hobby Show 2019 last weekend, model kits and figures of the EXOFRAMES from OBSOLETE have been revealed, as well as some of the customized EXOFRAMES that would be appearing in the series. 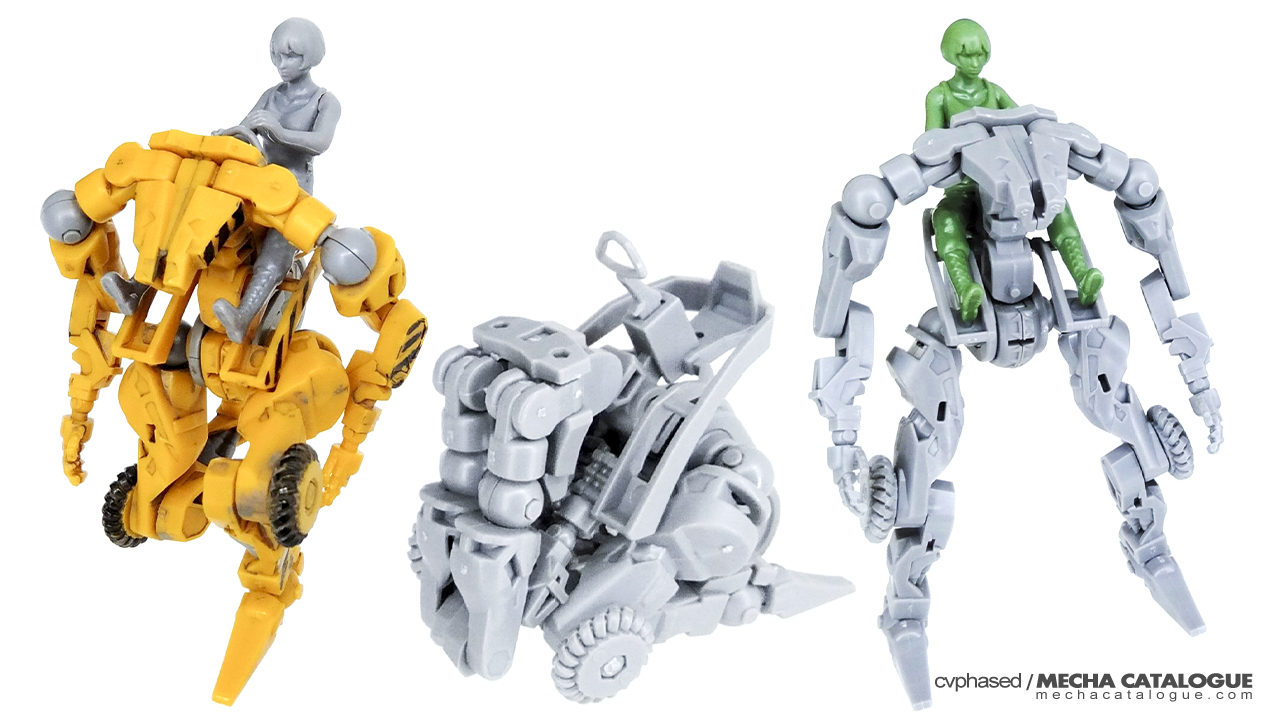 Let’s first talk about the model kits, which will be from Good Smile Company under the MODEROID line. They would be at 1/35 scale, and since the EXOFRAMES are around 8 feet or 2.55 meters tall, you could calculate how tall or small these would be. Doing the math gave me a height of 72.9 mm or around almost 3 inches — which is quite small. In fact, the parts to build a basic EXOFRAME would fit in a single runner, as seen in the first image above. But then again, my math could be totally wrong but I think this is a good approximation. The basic EXOFRAME kit also appears to include an unpainted pilot figure.

Along with the basic EXOFRAME, kits of the customized units are also on display. These would represent the factions we’ll likely encounter as the series progresses. 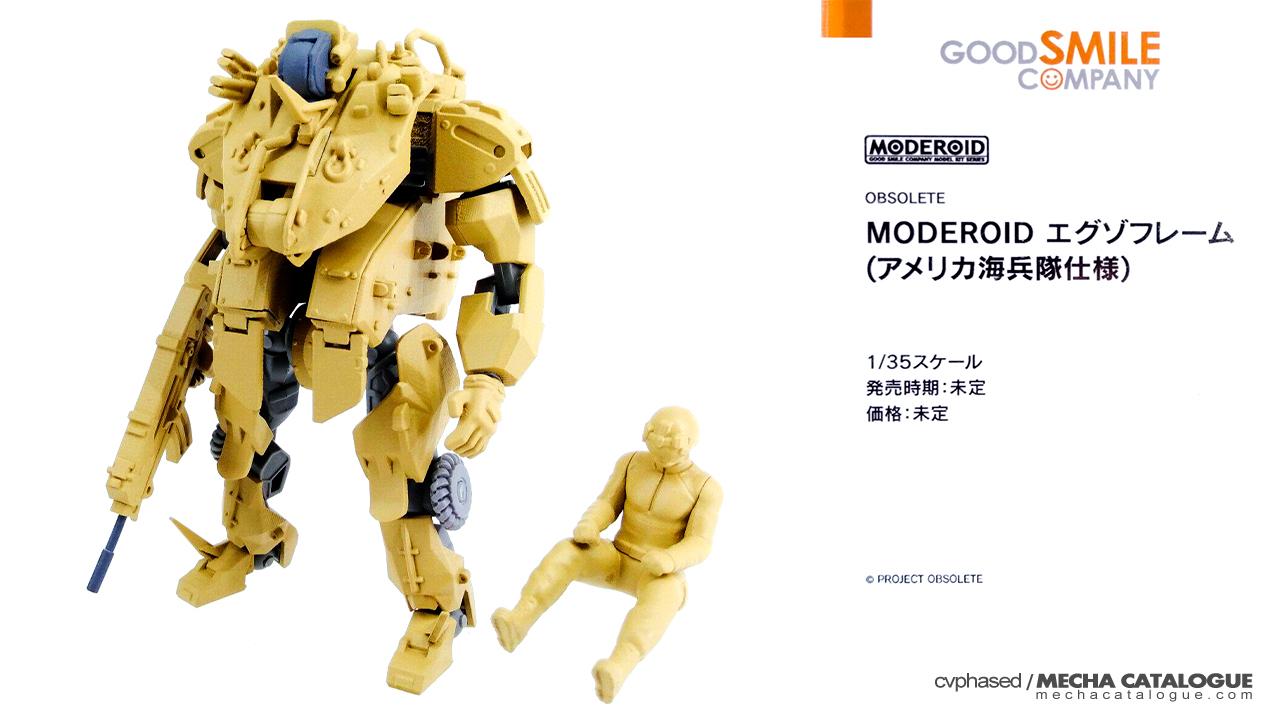 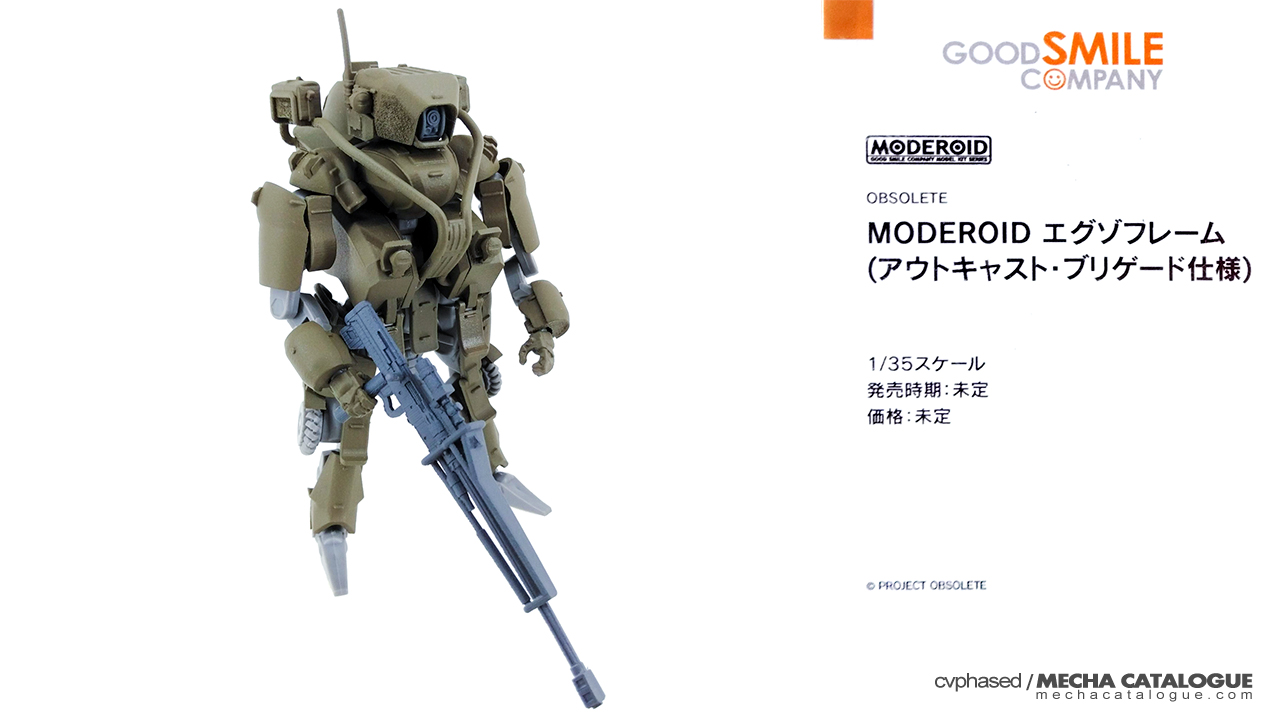 Based on these samples, the custom units would be constructed via additional armor parts on top of the basic EXOFRAME kit. On display were kits of the EXOFRAME [American Marine Corps] and EXOFRAME [Outcast Brigade]. Despite having the same internal components, these two look completely different. They also have a very militaristic feel and would look good with weathering when built. 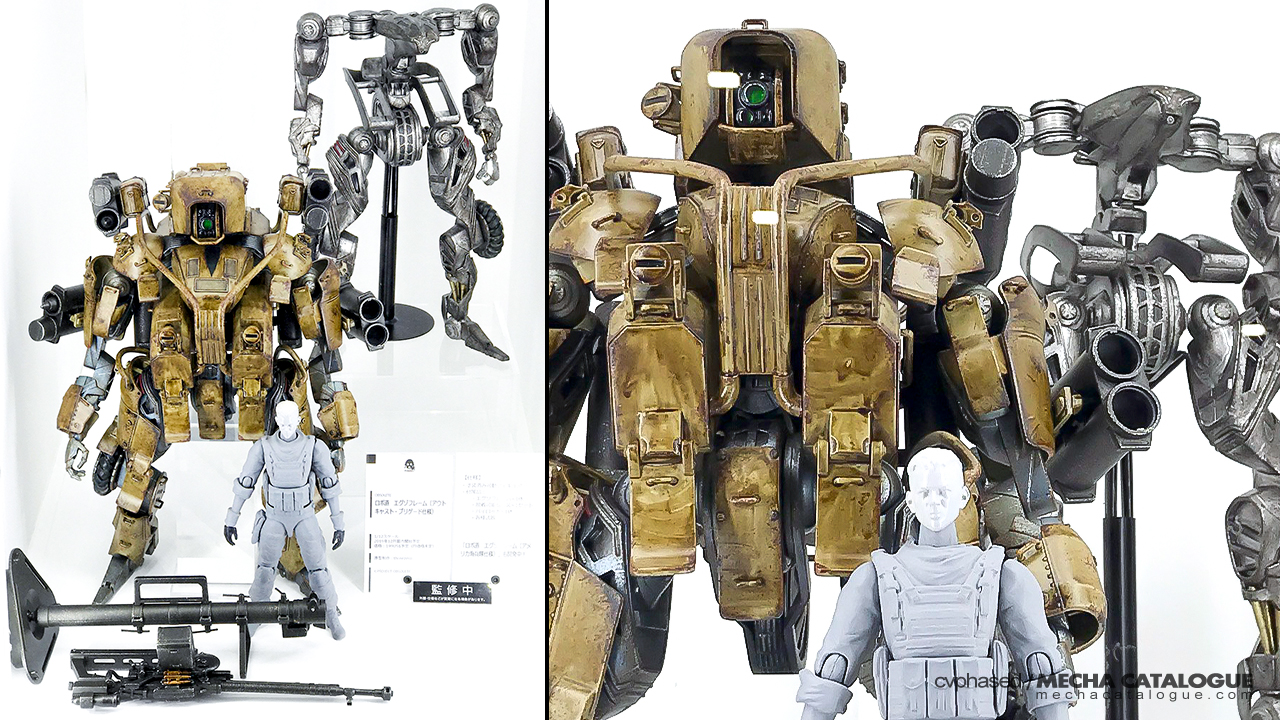 Those who want higher-end scaled collectibles can opt for these 1/12 scale EXOFRAMES from ThreeZero. Much like their smaller counterparts, each come with a basic EXOFRAME with the armor and other components attached on it, or at least that’s what I think the gimmick is. They have figures of the basic EXOFRAME and the American Marine Corps versions on display and you can clearly see the detailed sculpt and paint work. Given their scale, expect these to be much more expensive than the model kits versions.

No release information has is currently available for the model kits and figures as of yet.