Shizuoka Hobby Show 2019 is upon us and along with it are a ton of new announcements and reveals covering the entire Japanese hobby marketplace. But I’m a mecha fan and the blog is called “MECHA CATALOGUE” for a reason. So I’ll cover mostly mecha-related stuff, starting with some HG Gunpla. 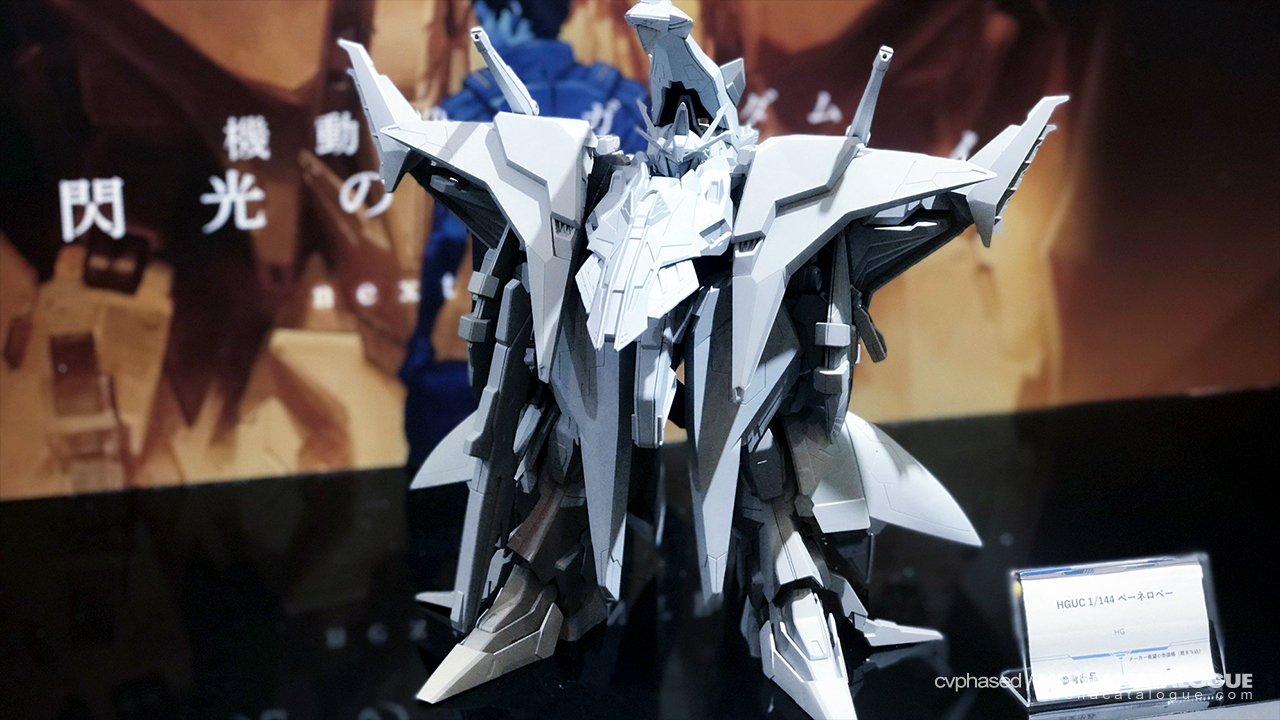 Since we are getting the first film in the Mobile Suit Gundam: Hathaway’s Flash trilogy this winter, Bandai Spirits has on display one of the most anticipated kits to finally debut as a High Grade kit. Here’s the gray prototype of the HGUC Penelope, a design that, prior to this, only appeared as Tamashii Nations figures or kits from third-party manufacturers. No other details have been revealed though we’re hoping that the Fixed Flight unit could be removed to reveal the Odysseus Gundam unit within. We’re also expecting the kit to be in the price range of the HGUC Narrative Gundam A-Packs. 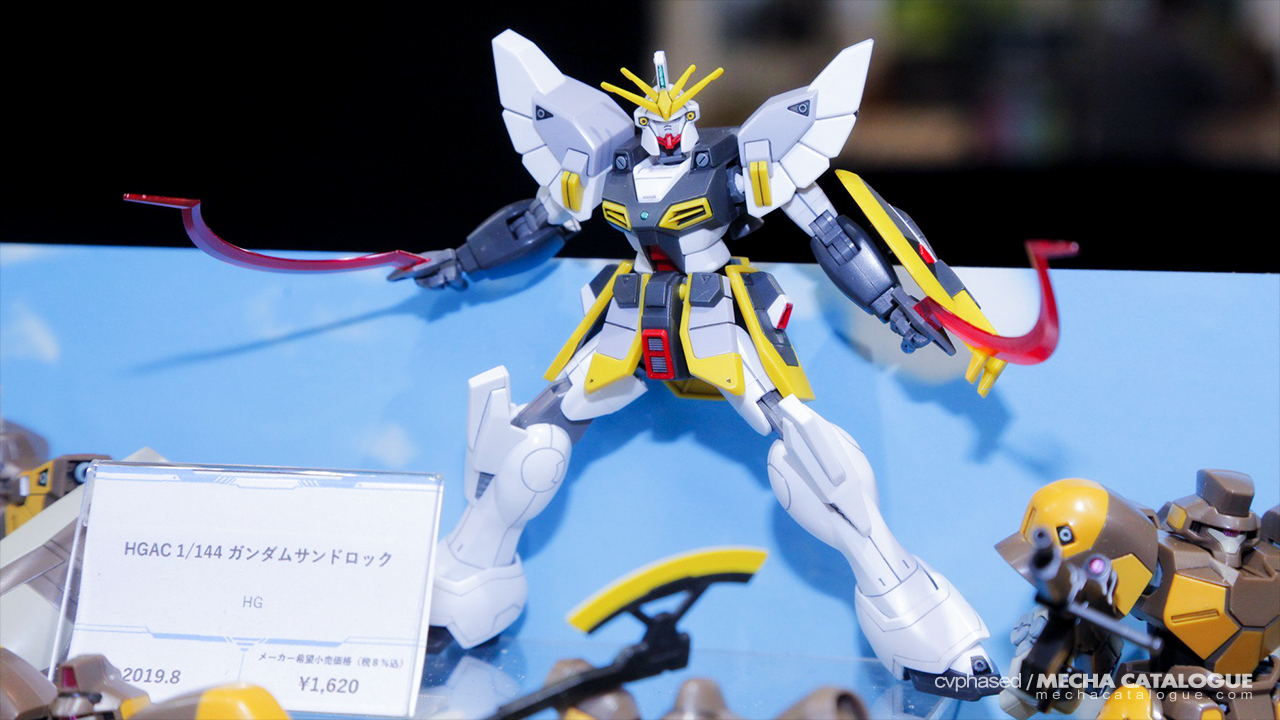 The other kit that I’ll likely buy is the HGAC Gundam Sandrock which was announced right after the HGAC Maganac reveal. There’s nothing special about the design but I like how neutral the colors are, border lining those of a lead Gundam. It also appears that the heat shotel would come in translucent red plastic to show activation.

Oh and they also announced an MG Gunner Zaku Warrior [Lunamaria Hawke] which totally came out of left field.